more adventures and beauty on maui 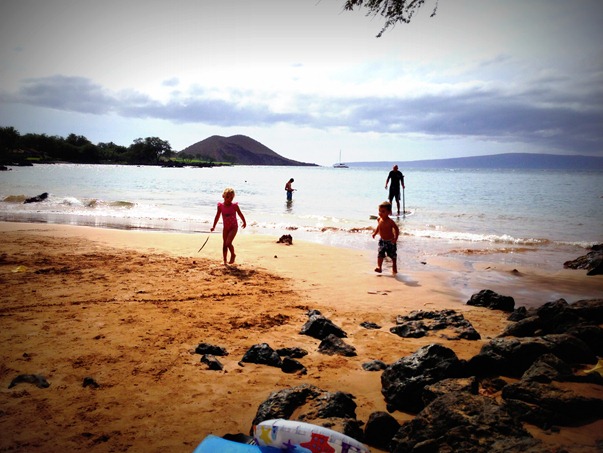 on monday we headed to this beach at makenna to do some scuba diving. 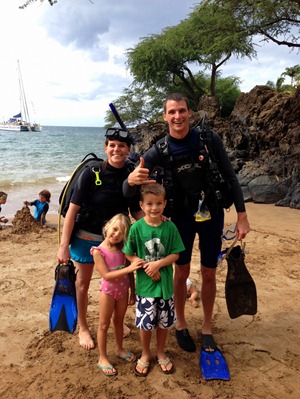 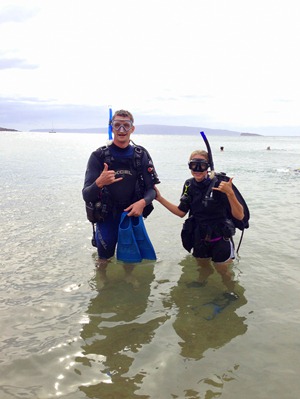 i hadn’t been diving for six years, but it really was like riding a bike.
it was so fun to go under with my brother noah and see lots of super bright yellow coral and colorful fish. 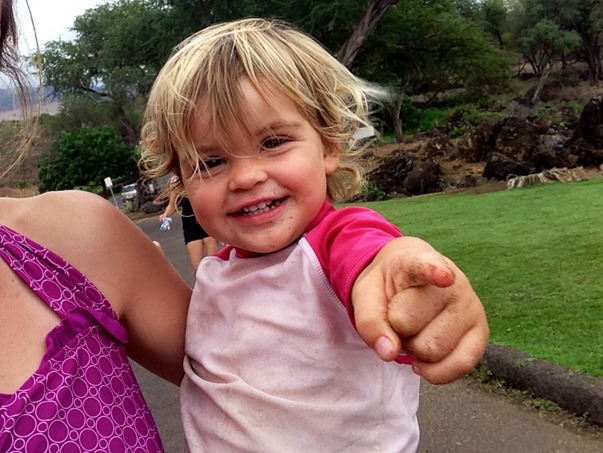 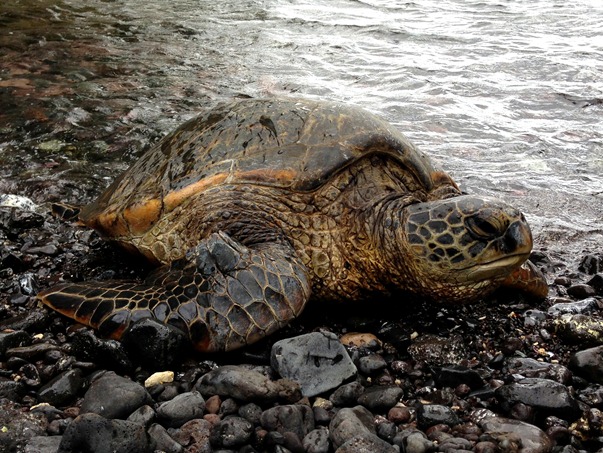 at a little alcove around the corner from the sandy beach, there were two big turtles laying in the sun.
one of them eventually went back in the sea, but the bigger one stayed on the rocks for hours.
mckay could not get himself to leave the turtle’s side. he finally gave him a name – kuda.
mckay was determined to loose his wobbly tooth right there next to kuda the turtle. it took a while to build up the courage to pull the tooth out, but eventually it popped out and mckay was so excited. 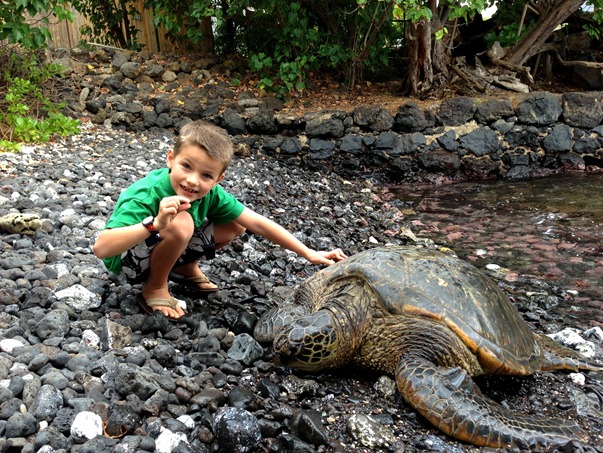 looks like kuda wanted to see the tooth too… 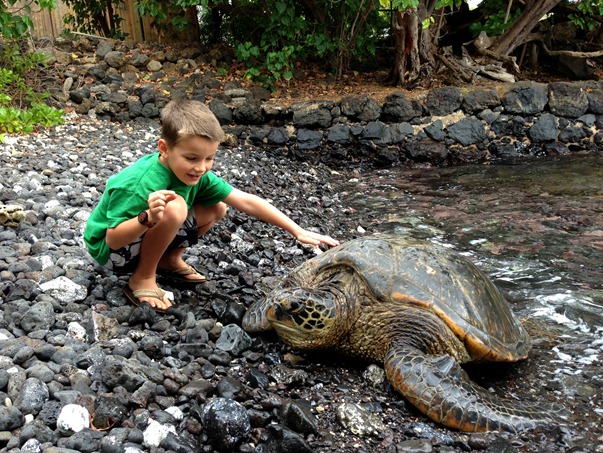 after we used up the air in our tanks diving, we went to another beach further down the road to see
if we could catch some whale watching. the teal sea was opulent and the golden sand was so luxurious. 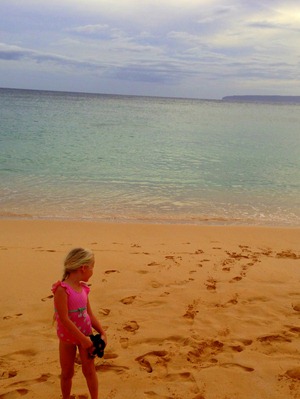 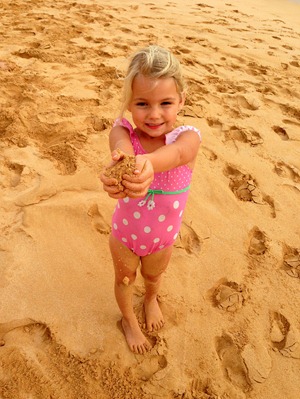 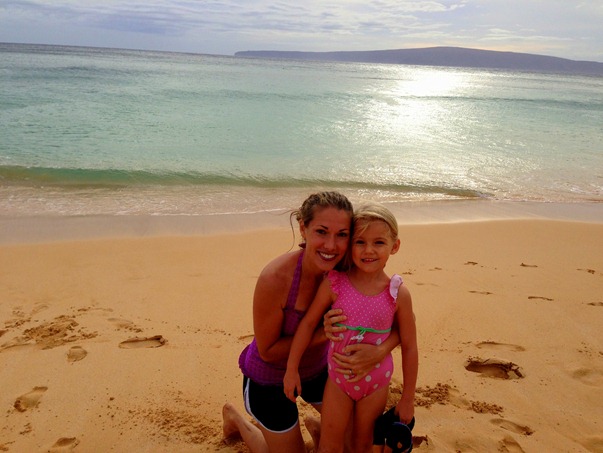 everyone on the beach gasped several times and we quickly looked to see just splashes before we determined to set our eyes out to the horizon and not look away.
we saw a huge humpback whale breech three times! it was incredible. 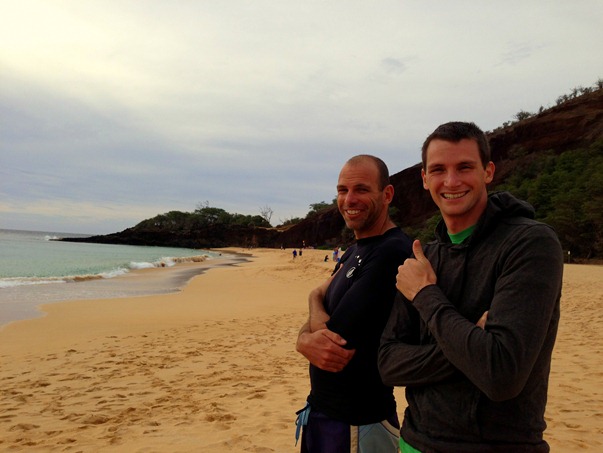 we went to meet up with aja and her kids at their swim team practice. the pool overlooks the ocean.
and this is how the sun said goodnight: 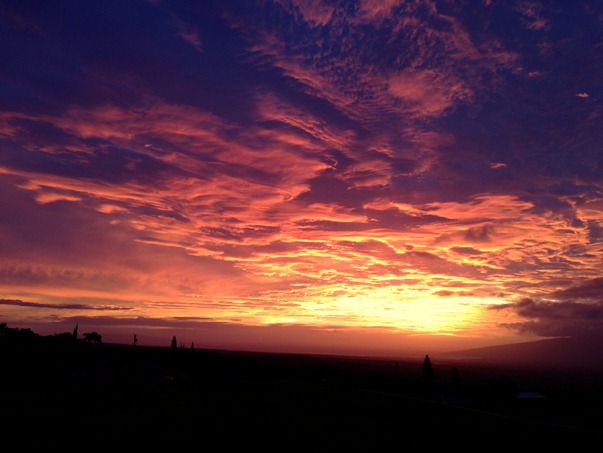 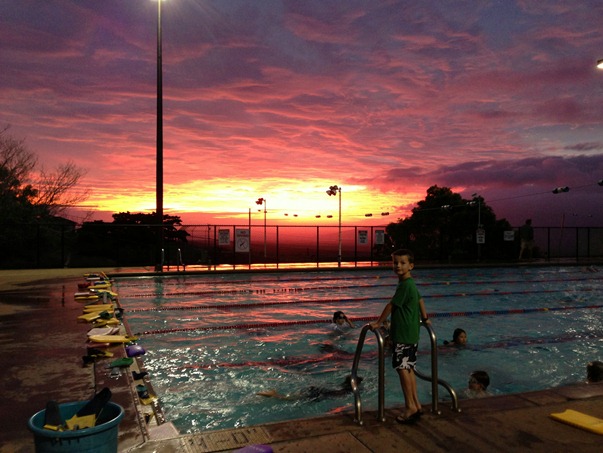 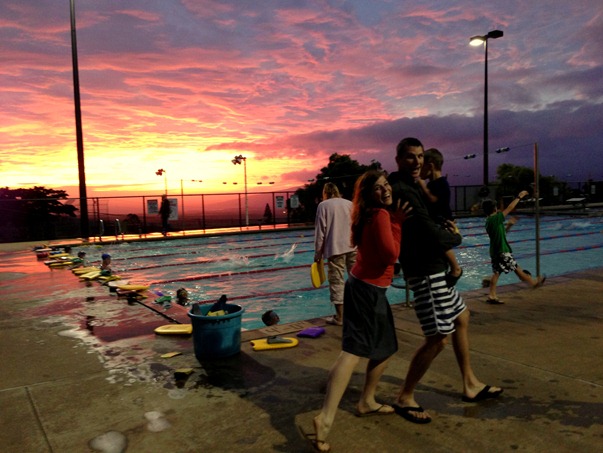 i seriously couldn’t even believe that sunset. it was outrageous.
we went home and worked together to make fresh fish tacos with tortillas from scratch. yum. 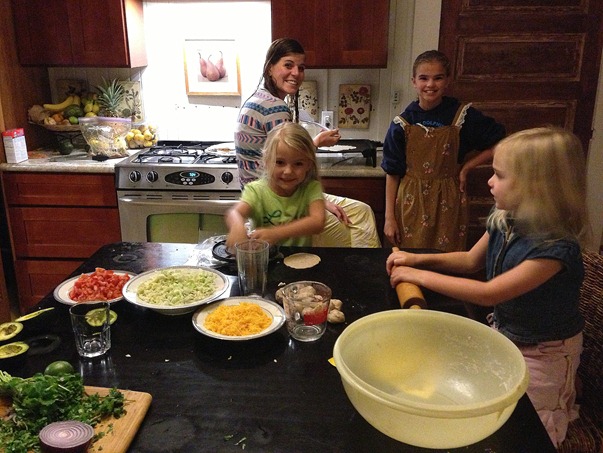 the next day we wanted to go back to the whale watching beach because it was so gorgeous! 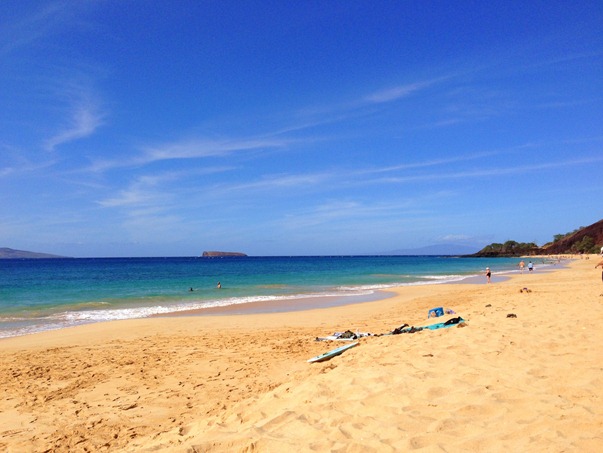 and guess who came too? my parents!! they flew in late monday night –
so we slept 15 in jonah and aja’s house. even more of a party. 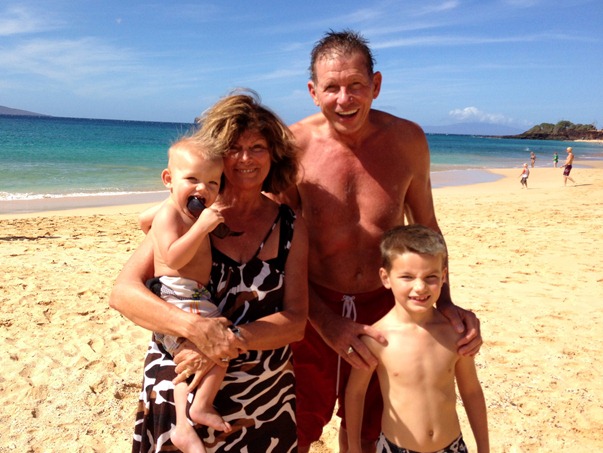 it was so fun to be all together on the beach. 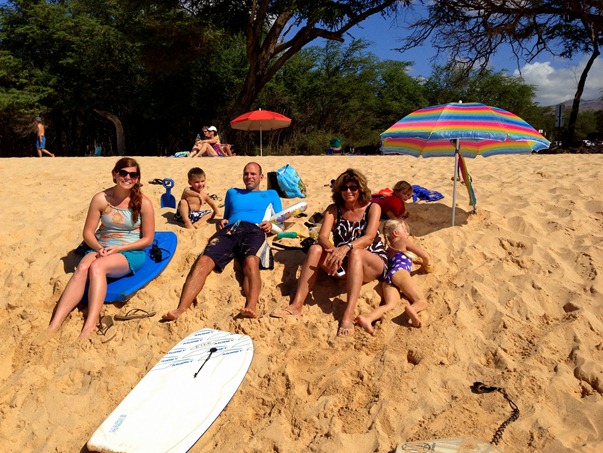 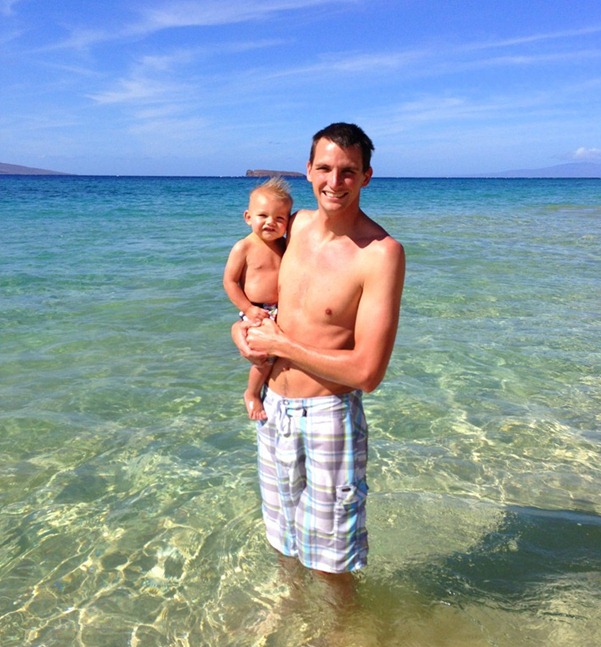 we got a little sandy… 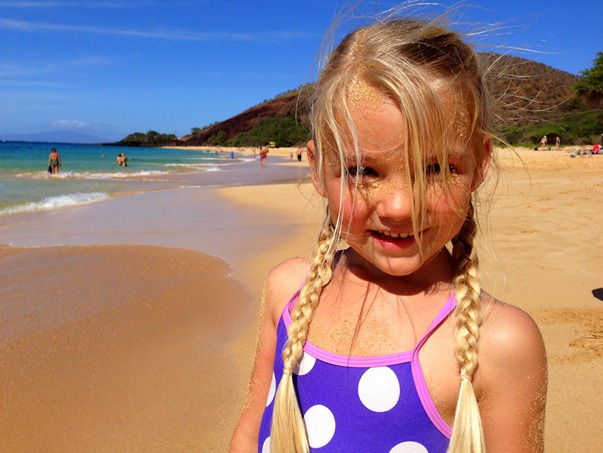 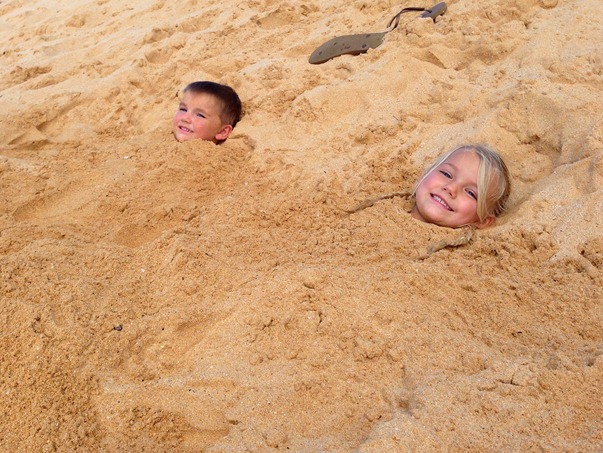 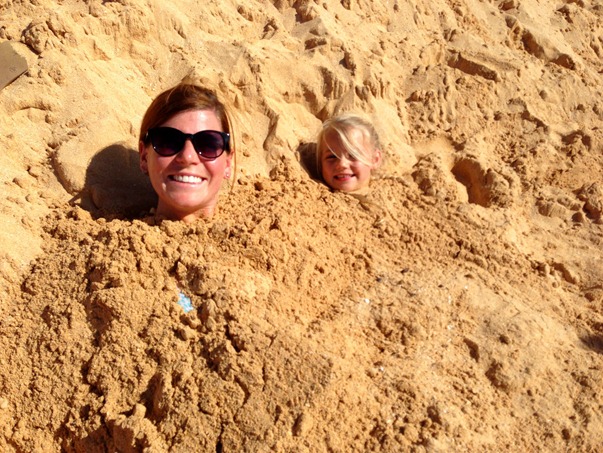 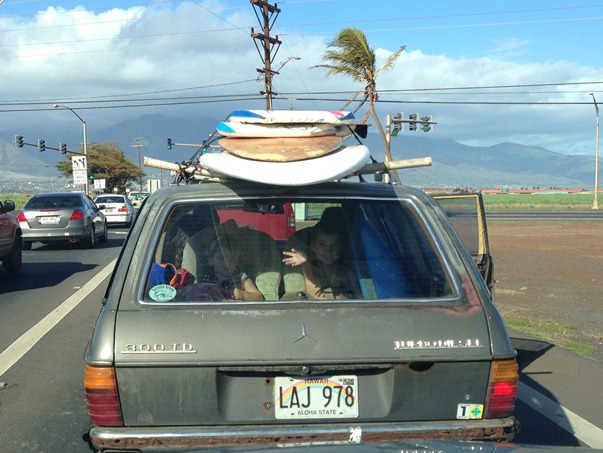 which pretty quickly turned into this… 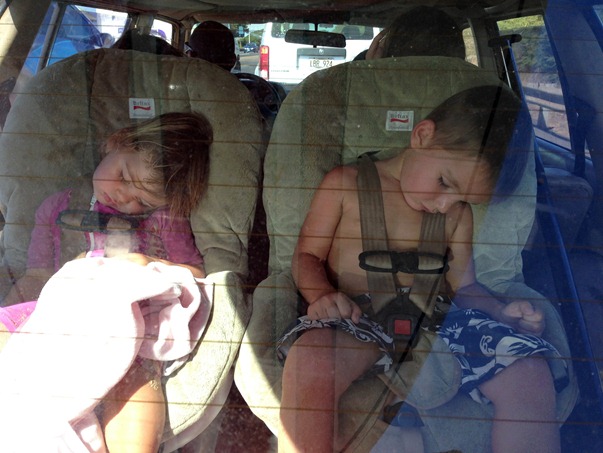 we ate lunch at this kite-surfing beach. these guys were doing incredible tricks!
noah wanted to try kite-surfing before he and his family headed to the airport to fly home.
i had to go back to the house to work, but i was so glad i got to sneak a peak at the surfers. 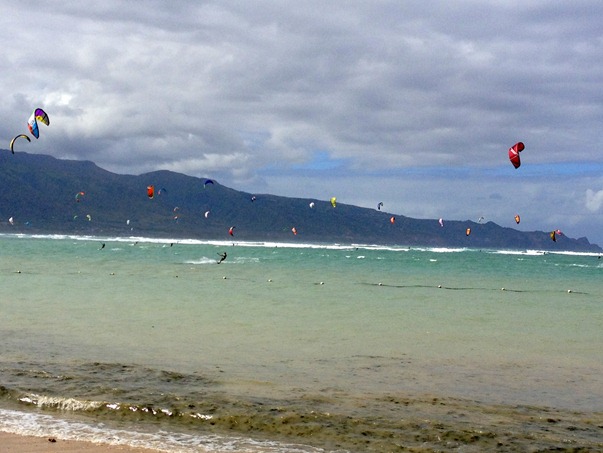 not only did my parents happen to be on maui a couple of the same days i was,
but so did my cousins! we met up with my aunt lenna and all six of her kids and their spouses
for dinner in wailea. it was so fun to see them! 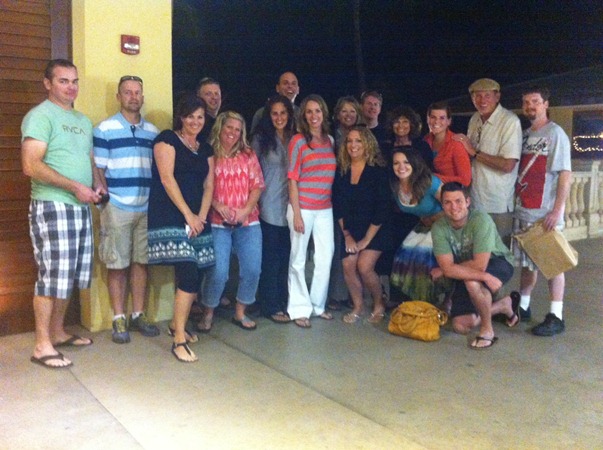 i promise i am almost done blogging about hawaii. seriously, though, it was so great.