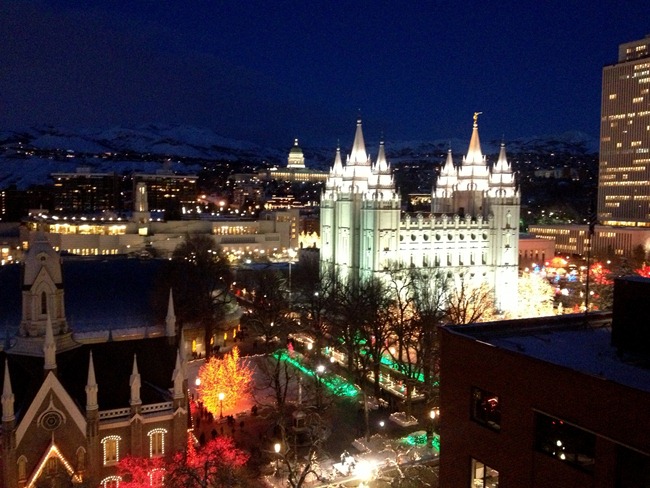 {the view from my parents’ downtown condo – isn’t it spectacular?}

my sister and her family, my brother tal and his wife and baby and my brother josh were in utah until the 29th. we spent post-christmas days enjoying the snow at bcranc, taking advantage of the awesome deals at the nearby outlet stores, eating leftovers and playing with new toys. tal, saren, mom and dad and i went to an endowment session at the salt lake temple. we marveled at the freshly fallen, glimmering snow perched so perfectly on the twigs of trees and the peaks of the temple spires as we walked across the street from the condo into the temple. the air felt alive and all was quiet and well. there’s nothing sweeter than being in the lord’s house with family.

we also went down to good old east high one afternoon to watch tal compete with his class of 1997 teammates in the alumni basketball tournament. it was the first time tal’s daughter annina had seen her dad on the court, and the minute we walked in the door she was all smiles. it was so fun to be back in that gym, cheering my brother on. after the games, we went to hires big h for a burger because it’s tradition (we went there after pretty much every basketball or football game, choir performance, dance concert, etc during junior high and high school days – and they really have the best burger around). 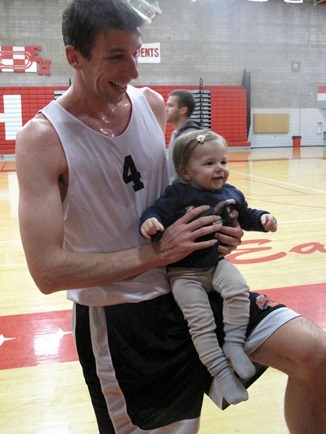 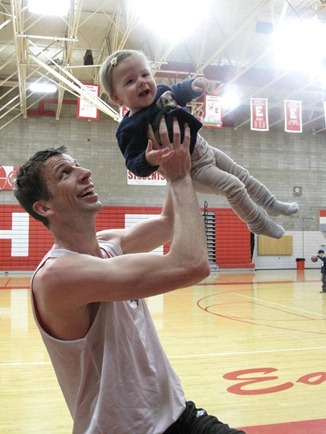 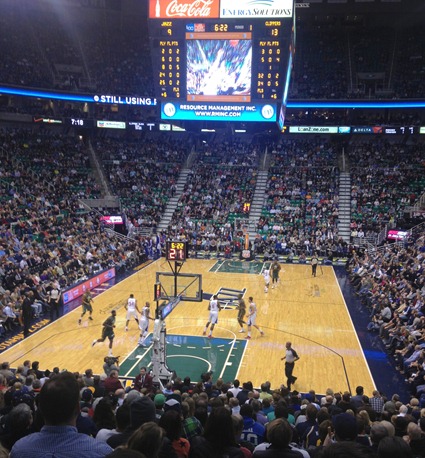 josh, my dad and i also went
to the jazz game (and i
swapped out with my mom
for the second half). i have lots
of memories in that gym too…
it was fun to reminisce on
the golden years and feel the
buzzing thrill of the delta
center again.