a big day for the little mo 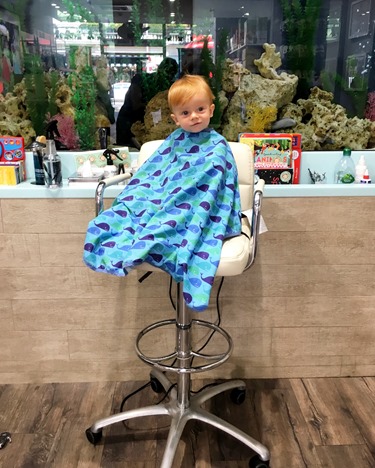 on tuesday, moses had his first haircut!

i’ve shared on this blog several times that both ian and i are obsessed with moses’s darling wispy ginger hair and that we were struggling with the idea of cutting any of it off. a couple of times we resolved to go ahead and give him a trim but within hours we would backpeddle and say we should wait, at least until his birthday. it’s a really silly thing, i know, but something about him getting a haircut just made us both feel like he was growing up too fast!

but last week we decided once and for all that his hair was just too scraggly – it was constantly in his eyes and going wild around his ears. before we could change our minds, i made an appointment for him at a children’s clothing shop that has a little haircutting area. i promised ian i would keep every peice of hair that was cut off and that i would send him lots of pictures! 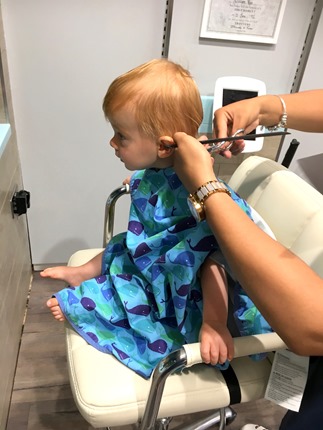 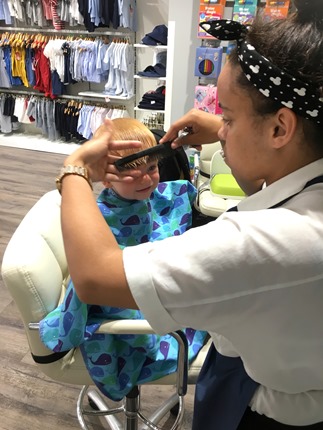 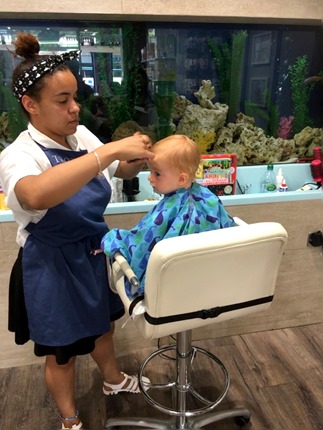 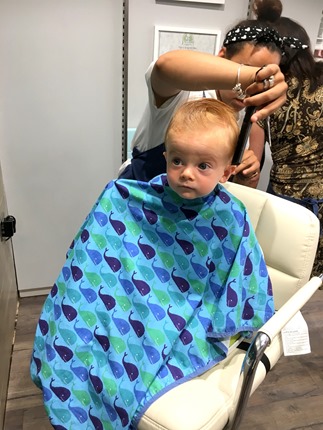 i seriously had a pitt in my stomach when we arrived for little mo’s appointment – haha! but our kind and sweet hairdresser did exactly as we requested and was awesome at helping to keep moses relatively still and happy. and just like that – milestone completed and no more hair in baby’s eyes! 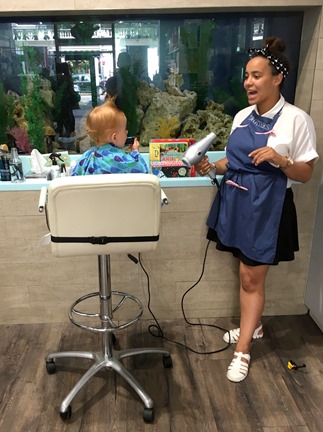 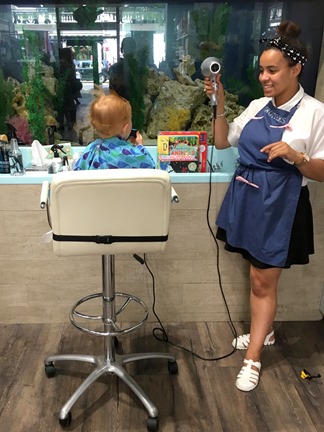 mo even got his hair blowdried, which was for sure his favourite part – that and the watching the fishies in the aquarium in front of his cool salon chair! 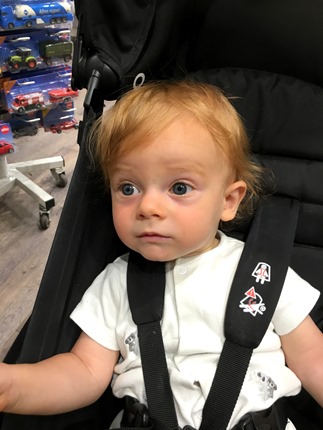 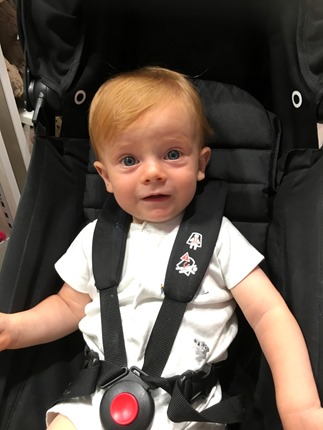 here’s ^^ some before and after photos. he looks pretty apprehensive in both – haha! but we are all digging moses’s new ‘do and are excited for all the many more firsts ahead with this sweet boy!