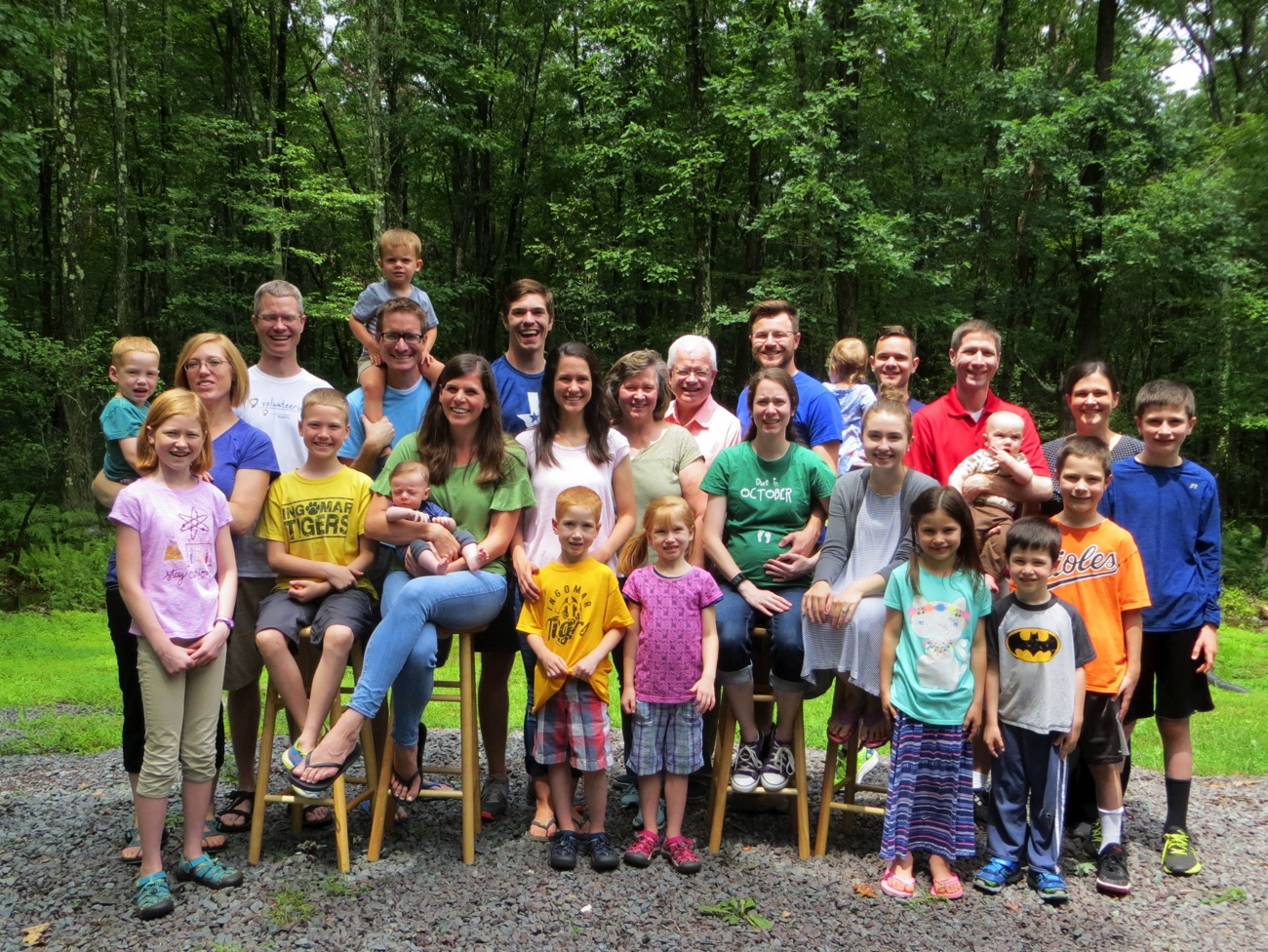 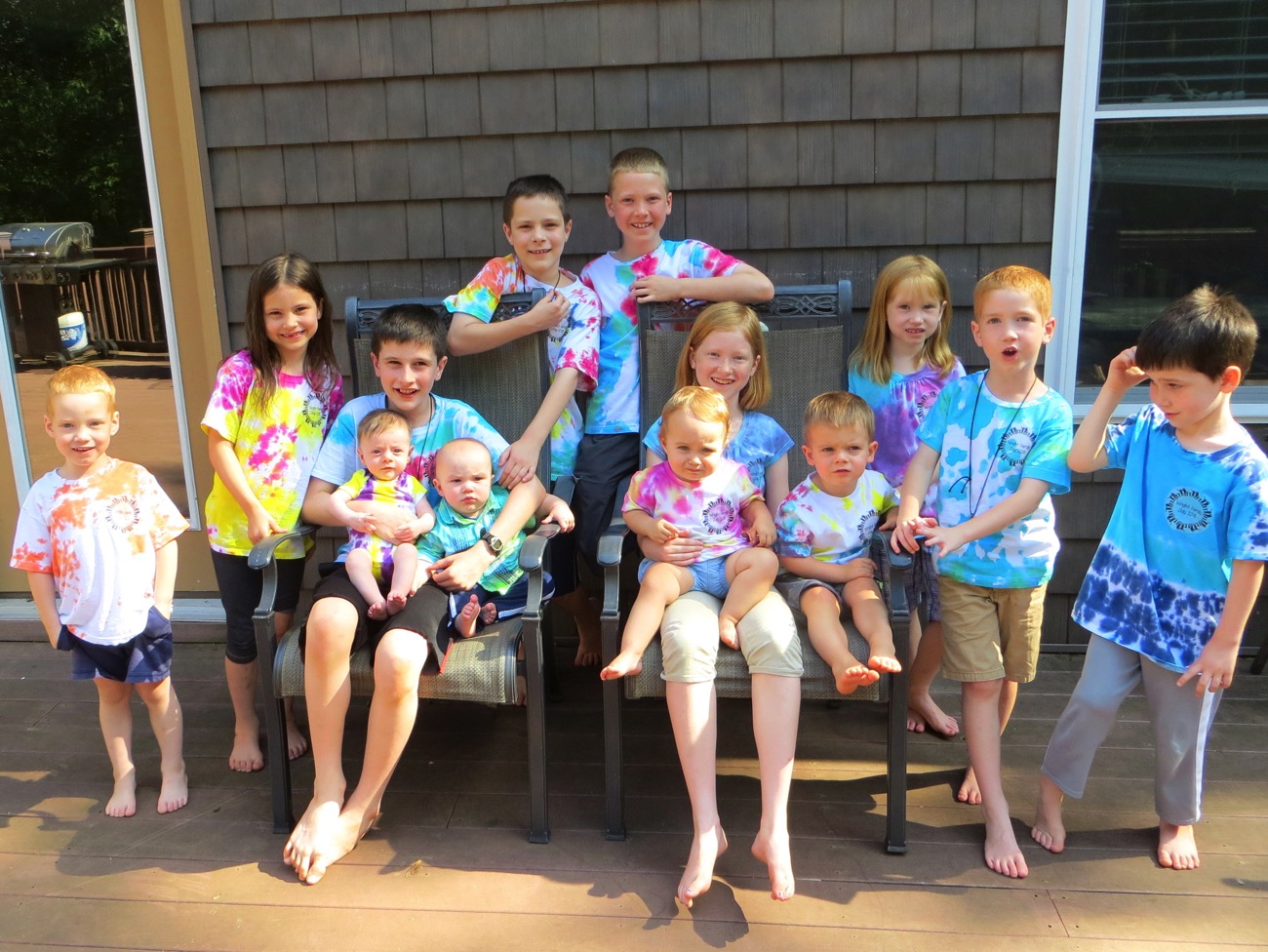 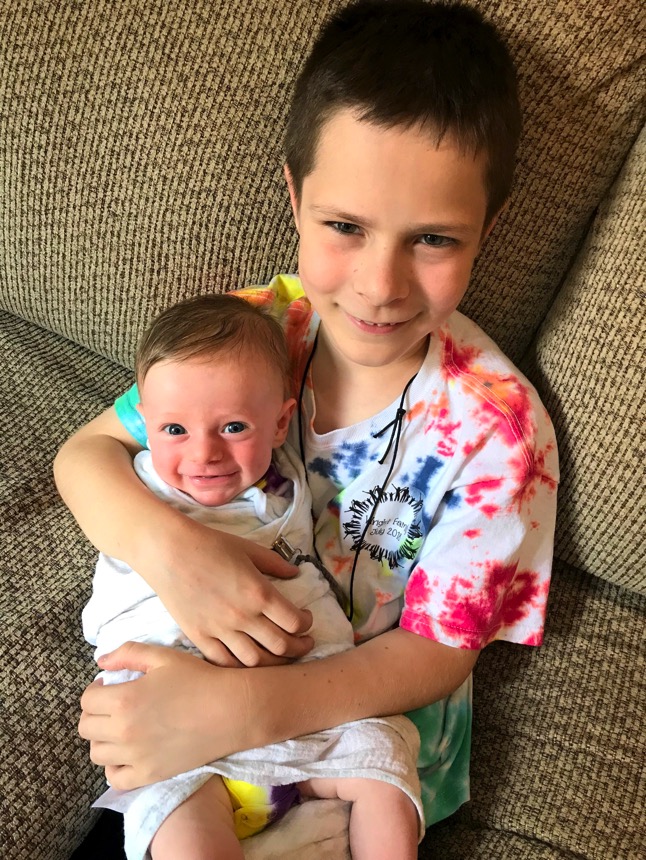 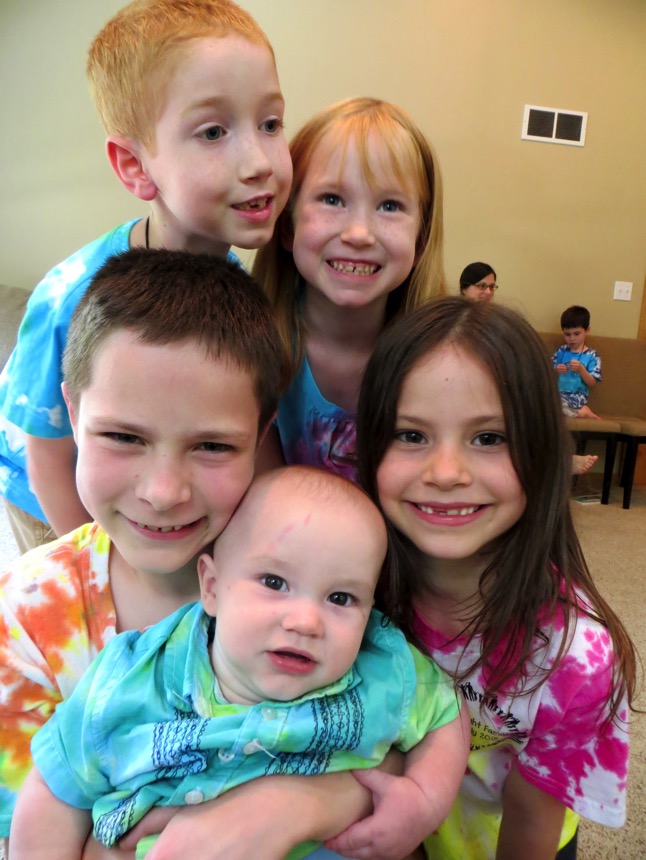 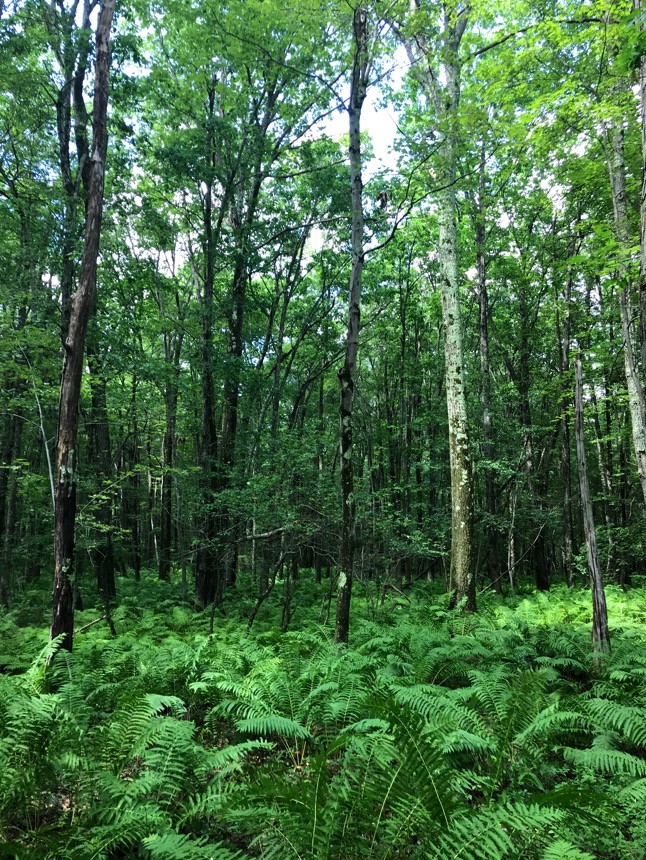 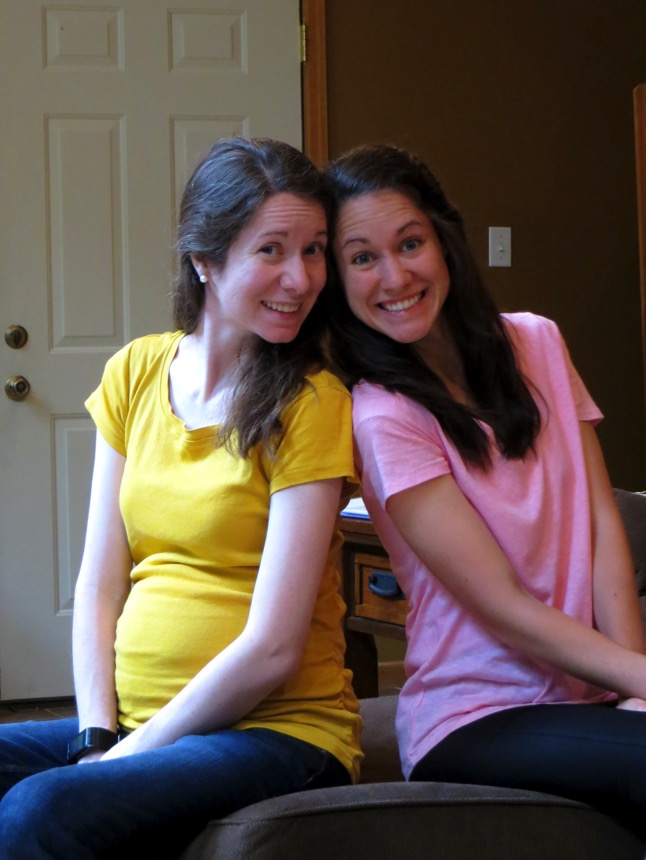 it was so awesome that the eyre family and wright family reunions were scheduled pretty much back to back in july! that meant that we were able to spend time with every single family member on both sides (with just one exception - my niece elle was away studying abroad in jerusalem) during our three week trip to the states!

ian's parents rented a house in the pocono mountains in eastern pennsylvania, and wright family members gathered there from london, utah, texas, massachusetts, western pennsylvania, and maryland. we spent four and a half days all together and it was really wonderful. i loved getting to know each of my in-laws better, moses had a total blast with his cousins, and gabriel was cuddled by his aunties and grandparents pretty much non-stop. each of ian's parents' six children was in charge of one meal and one activity and there was an awesome variety of food and games. there was also some really great conversation and some really fun late nights.

i don't have nearly as many pictures from the wright reunion as compared to the eyre reunion - just because there's not as many family members that are really into taking photos! 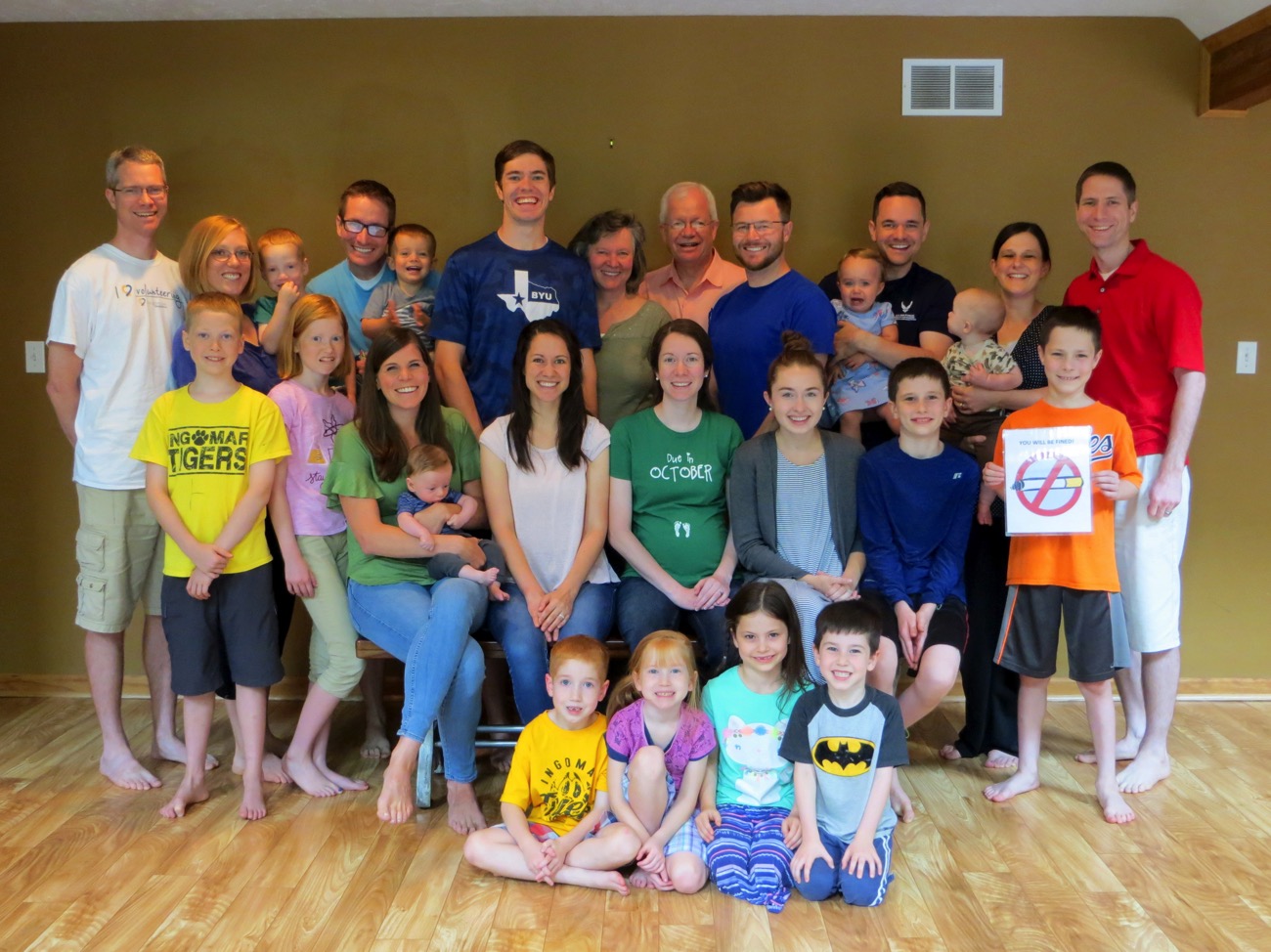 here's grandma and grandpa with their thirteen grandchildren. there are two more on the way!! 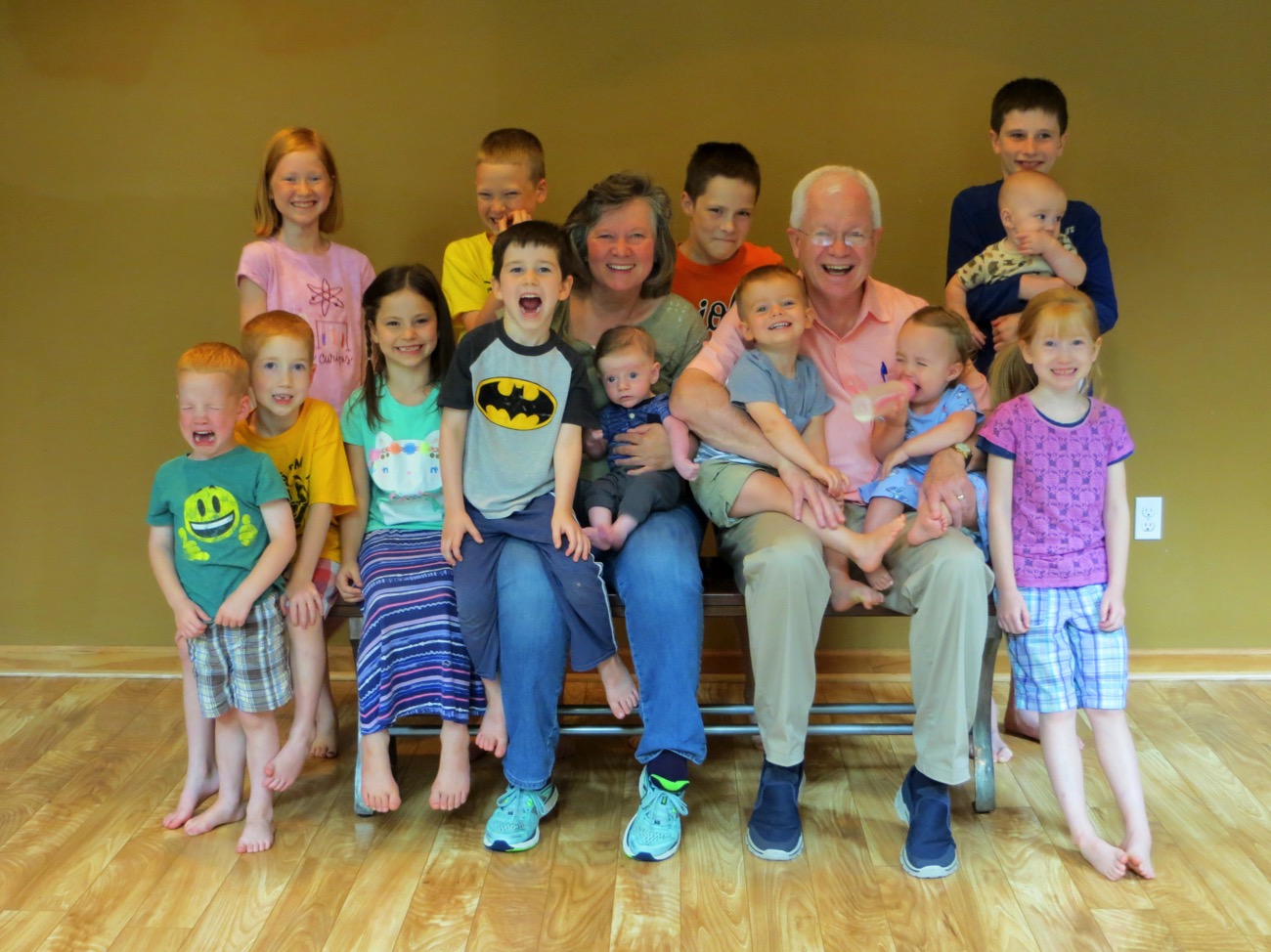 we took a bunch of family pictures, which are nice ... but my favourite thing is definitely the outtakes. hahaha - love these silly people! 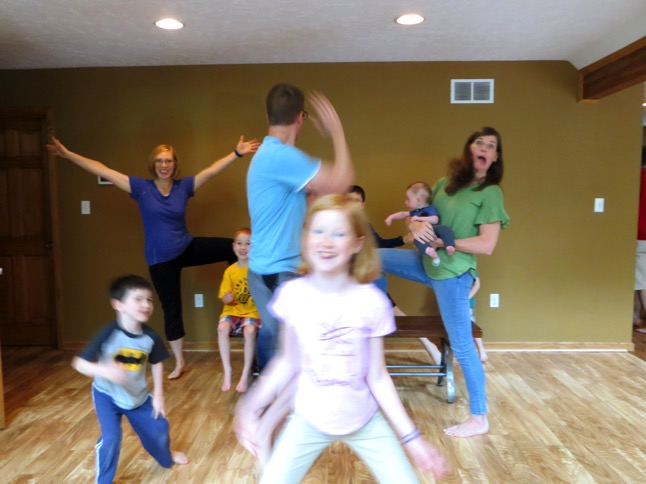 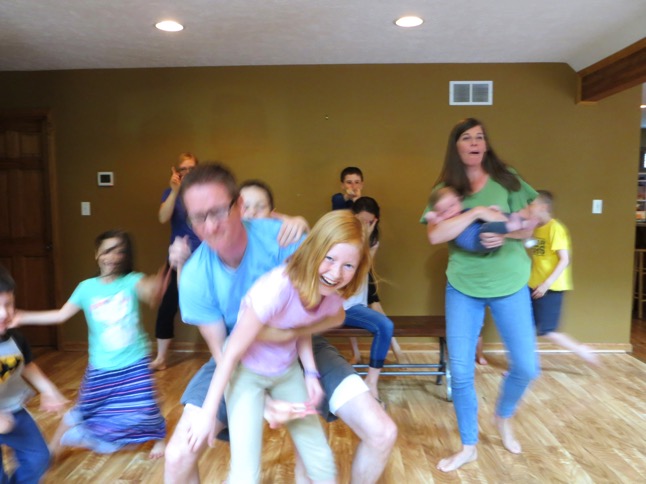 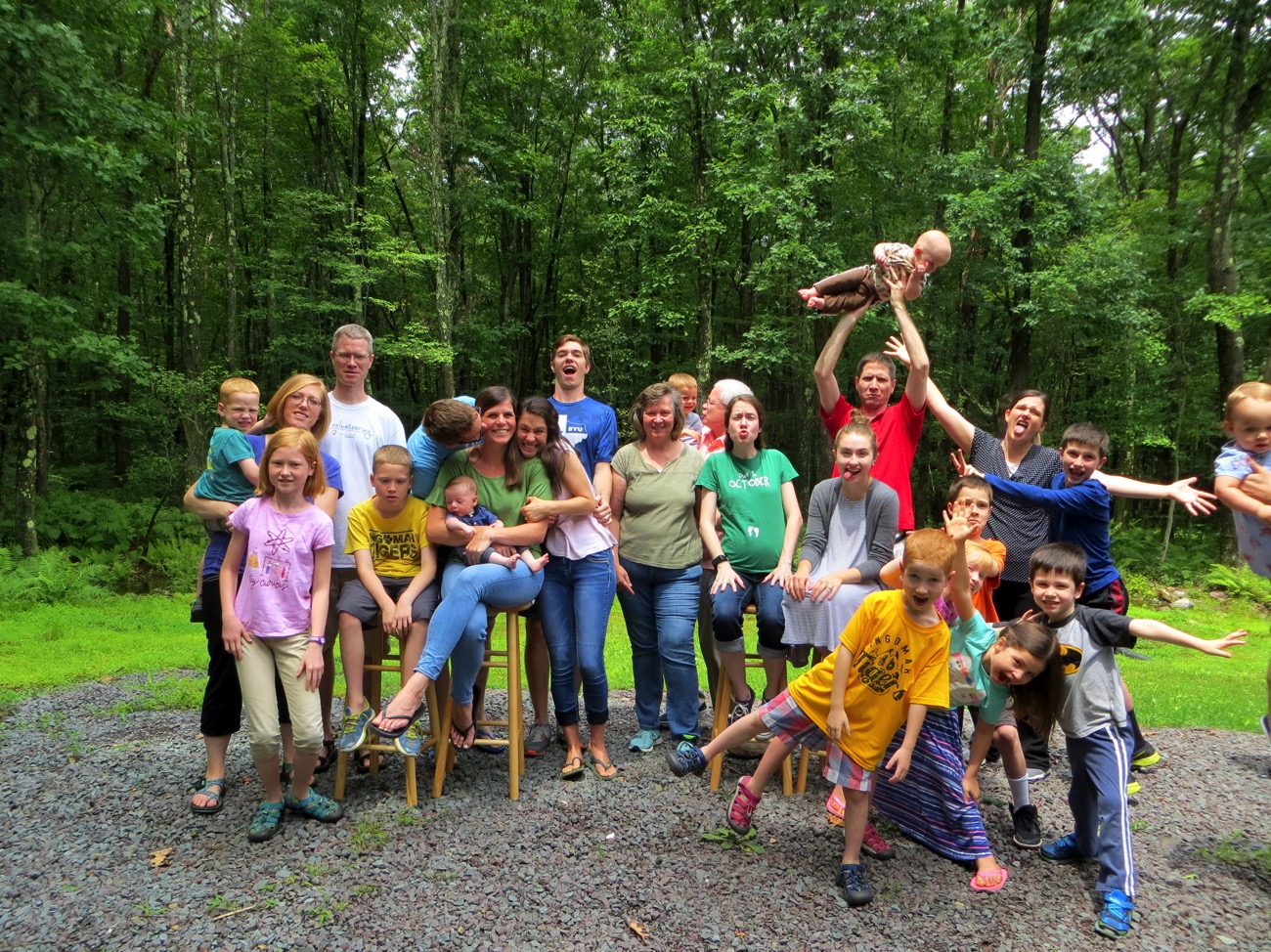 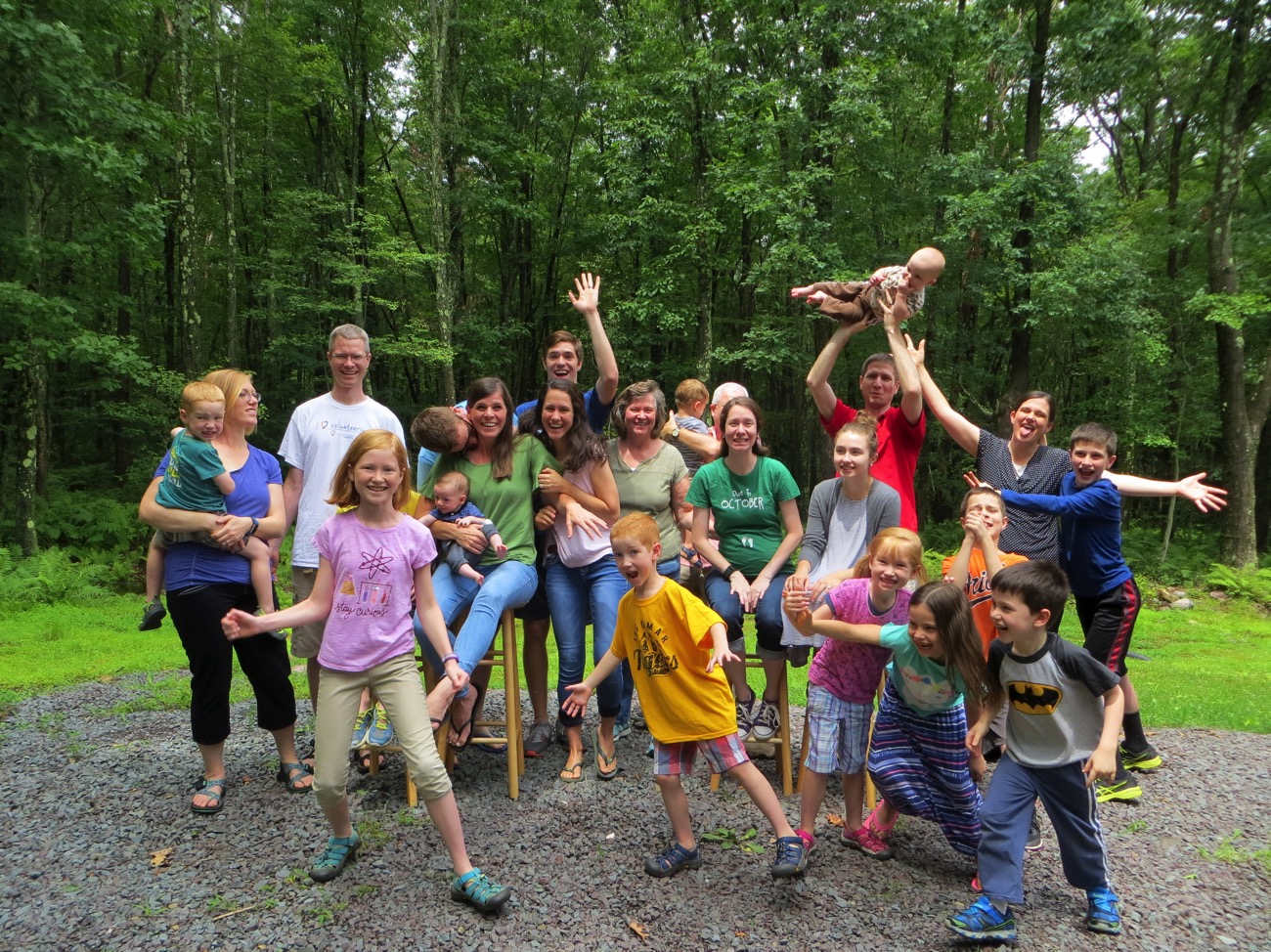 we played some funny games, and had a very intense foosball tournament: 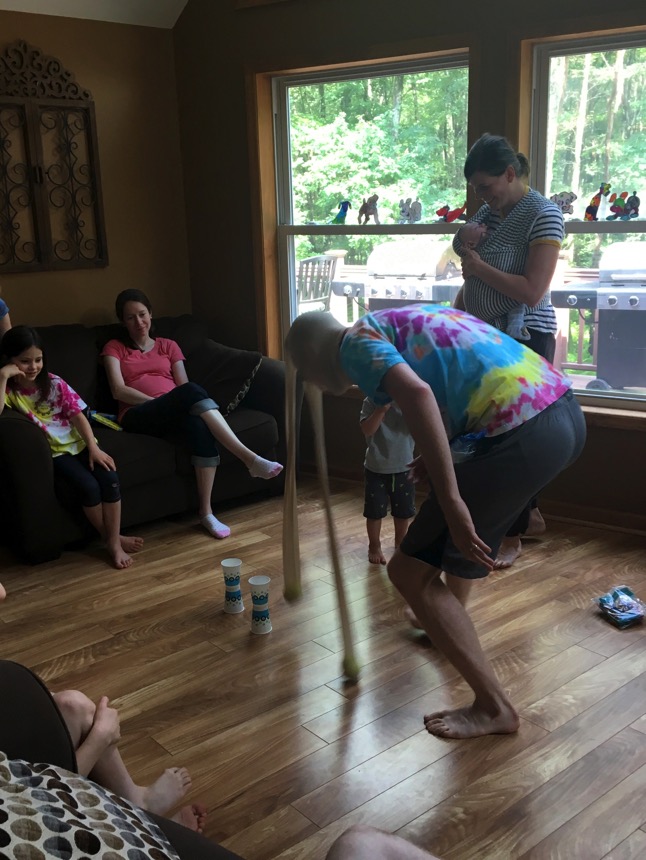 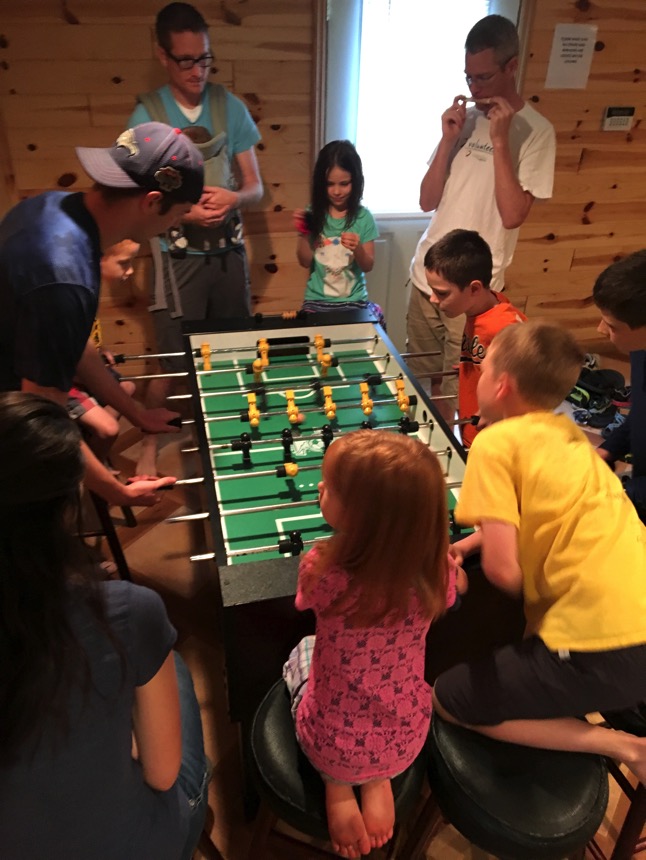 and had lots of time just chilling around the house, which was set in thick, lush woods and had just the right amount of space and fun amenities. 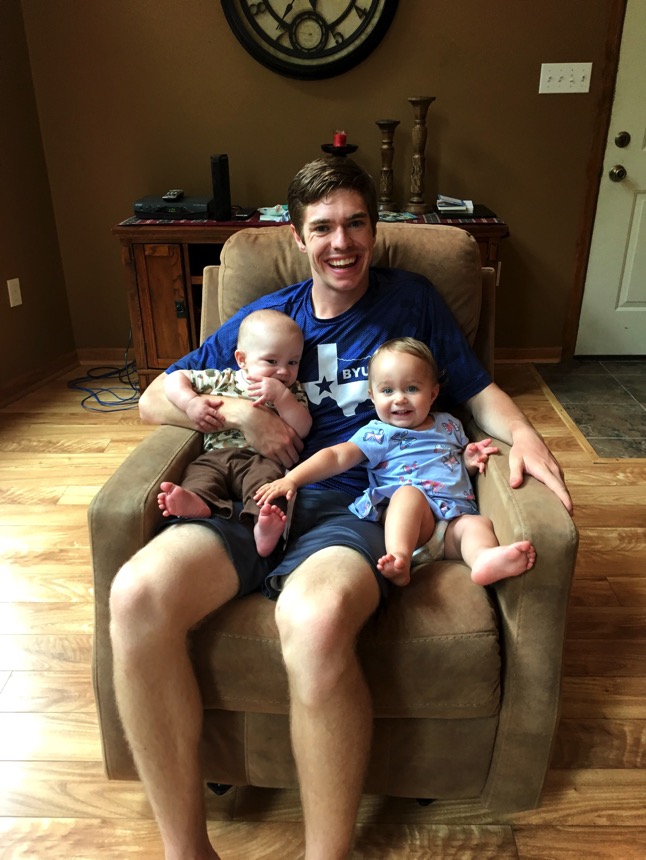 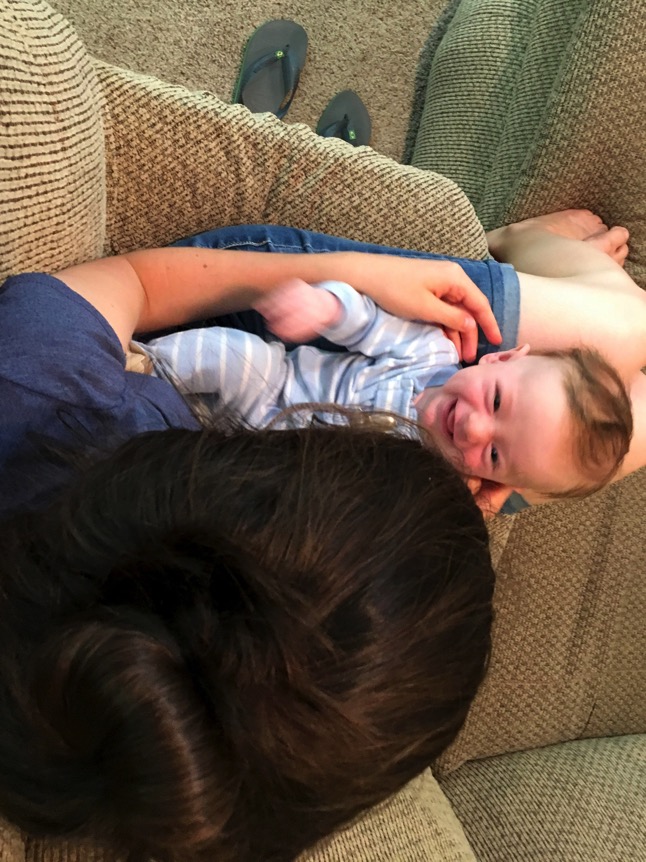 mom and dad wright with their six kids - each awesome individuals. ian is sporting tie dye because one activity at the reunion was tie dying shirts, which was super fun! 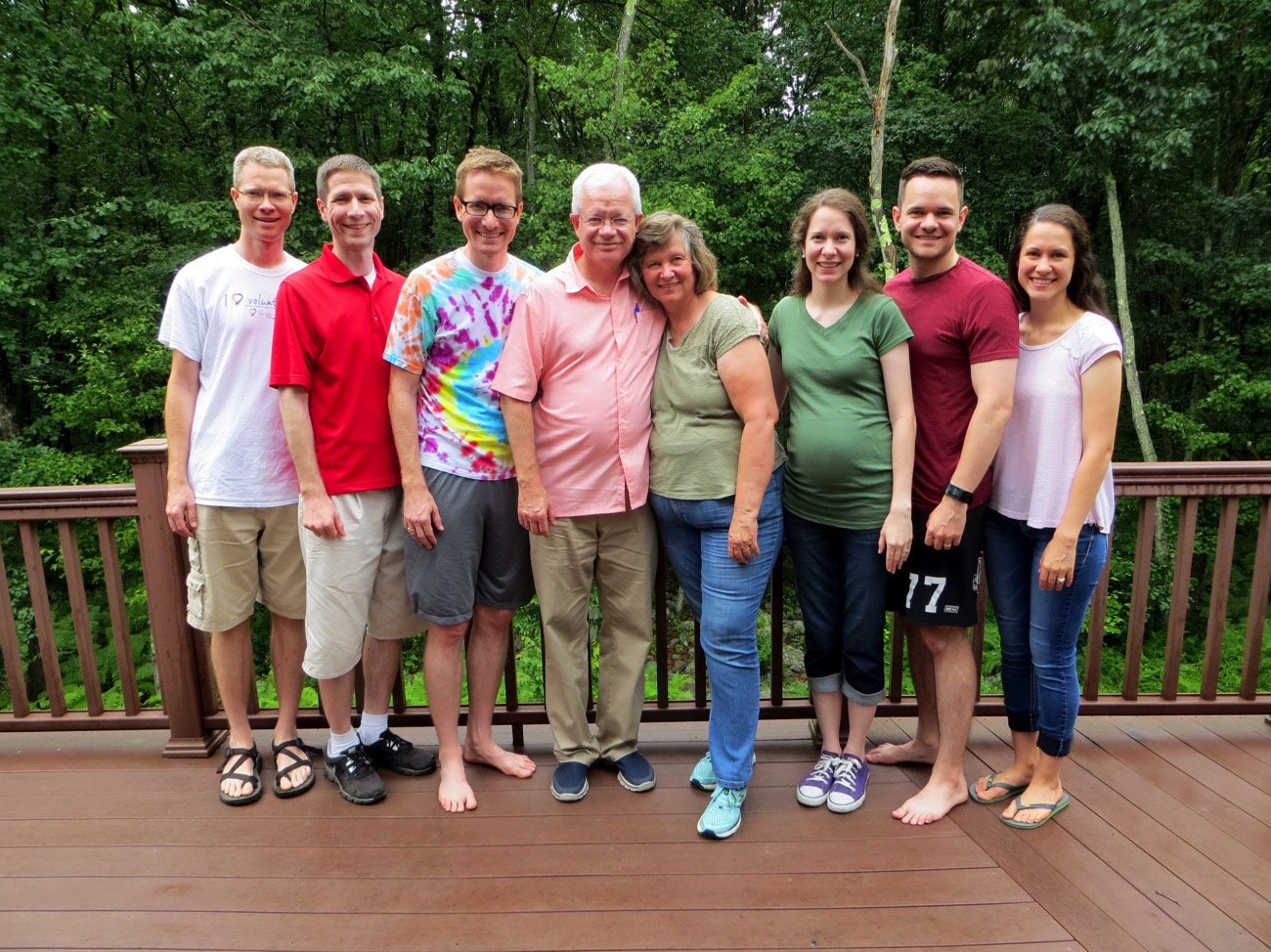 it rained (hard!) for about three and half of the four and a half days we had together. when the sun came out we loved being out on the deck! 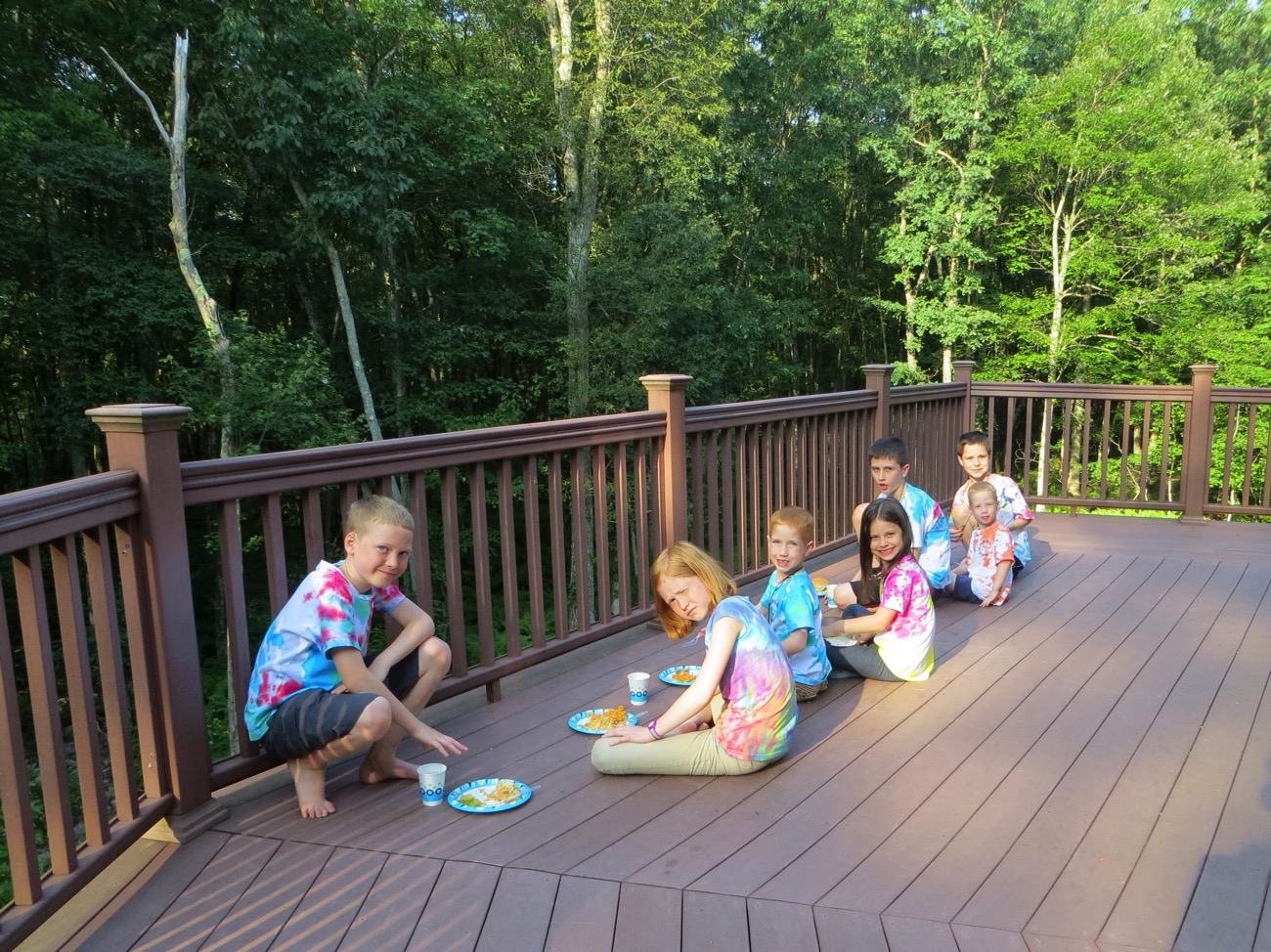 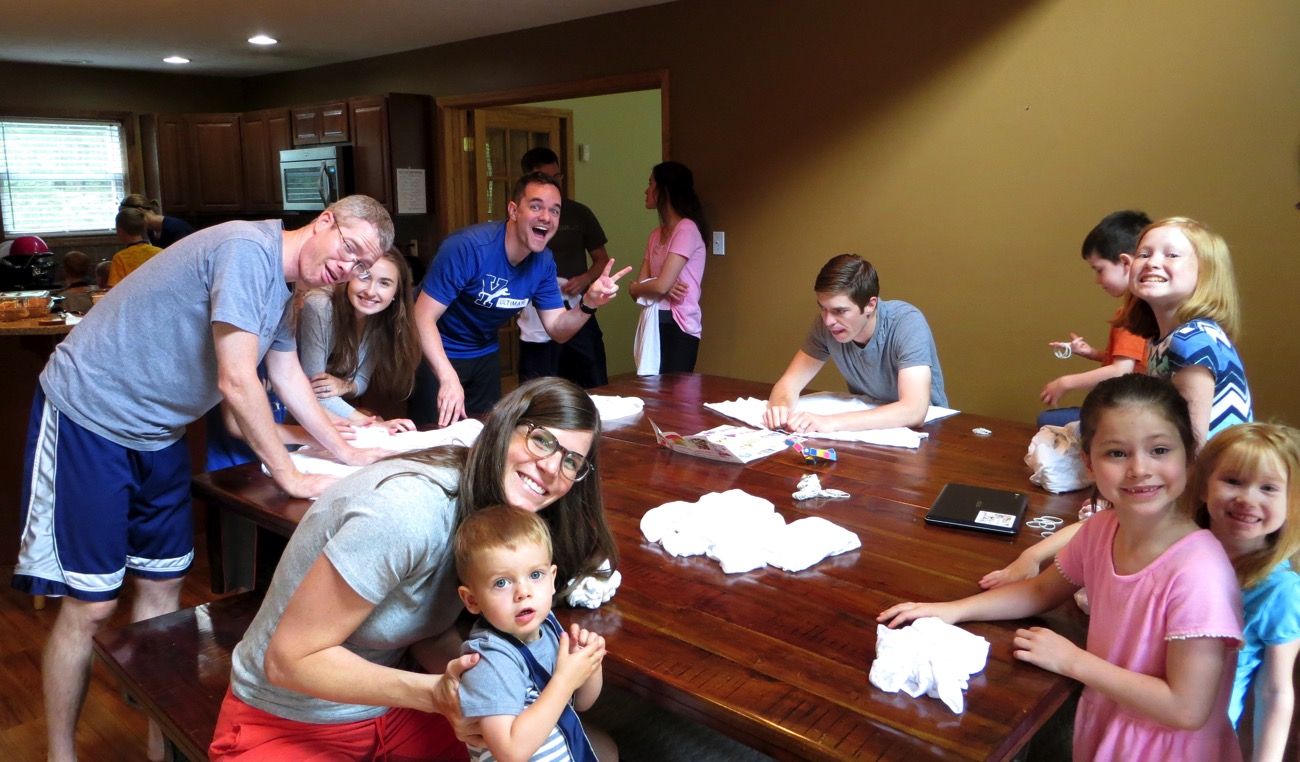 grandma and grandpa had lots of cool extra activities on hand for the kids. moses had so much fun.

i am so grateful for my second family. i have so much to learn from my in-laws and it's such an enriching experience to join a family and grow from differences and relationship building. ian's parents host a family reunion every two years, and i'm already looking forward to 2020 - it's so great to be all together! 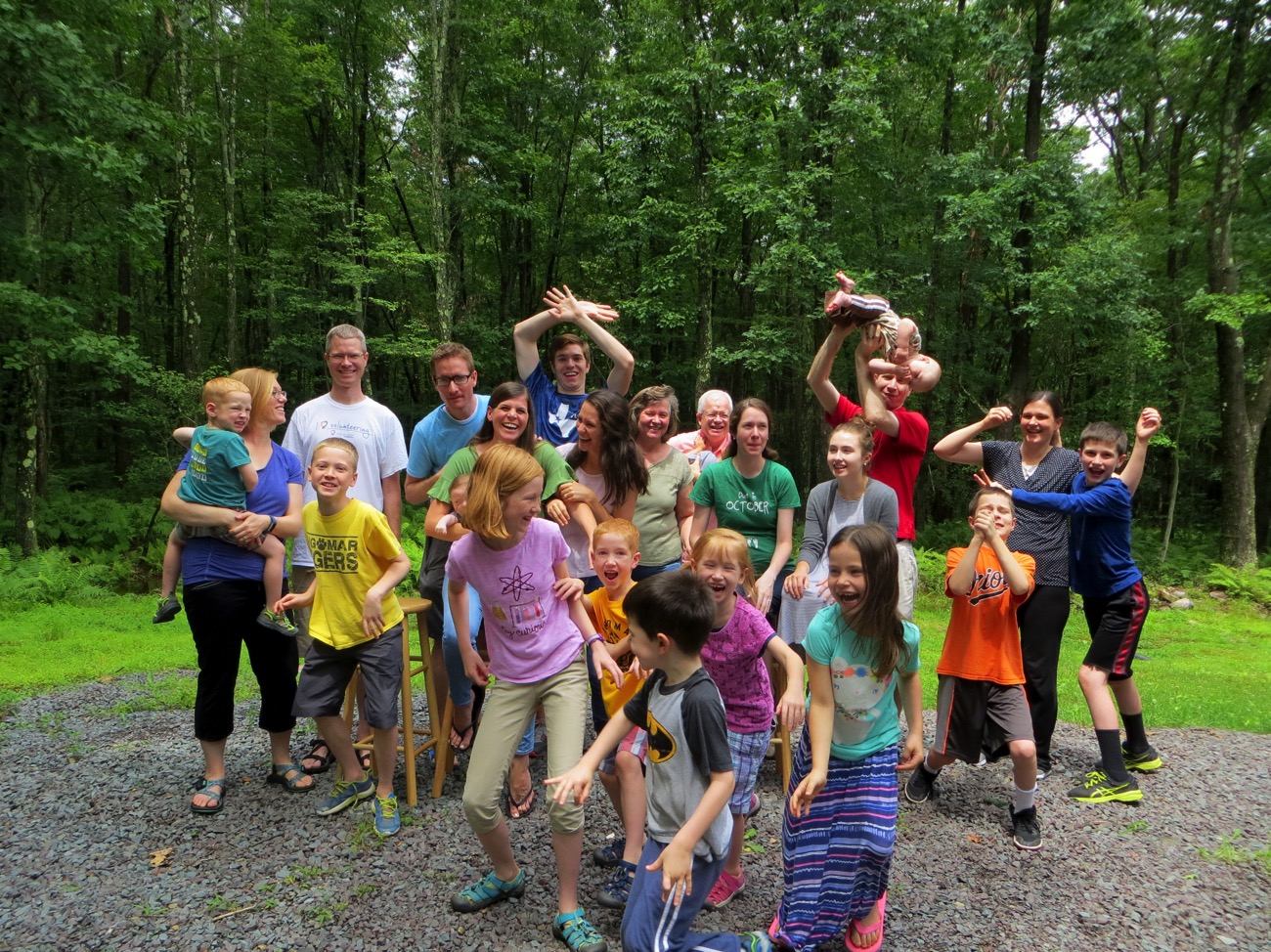