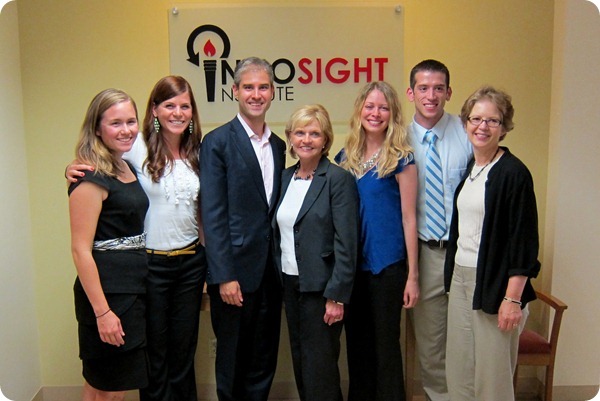 yesterday the governor of north carolina came into the office for some meetings about innovation in education policy. with this distinguished guest and her posse visiting, it was quite the exciting day around our new digs. meeting governor bev perdue reminded me of my other brushes with political celebrities.

in 2005, i interned at the office of senator orrin g. hatch. did you know that senator hatch is a songwriter? one of his songs is a hip-hop hanukkah song. keep in mind that he was born in 1934 and he’s a mormon. also, he looooves sweet potato fries. he ordered about a half a dozen platters of them at our intern dinner in the senate dining room. also, he has been a senator for thirty six years. thirty six. last also – i look like such a baby in these pictures – can’t believe my dc summer was seven years ago!

during my summer gig working in the senate, my fellow interns and i made flashcards to learn the faces, names, parties and states of all 100 senators. that way, when we saw them in the halls or on the underground tram between buildings, we’d know who they were! i remember squawking a friendly hello in passing to many senators, including john kerry and hilary clinton.

after flipping through those flashcards so many, many times, it was easy for us to determine the best looking senator. and obviously we called his office and asked if we could meet him. our clear pick was a senator from south dakota (yep, south dakota) and i don’t have the faintest idea what his name is anymore. 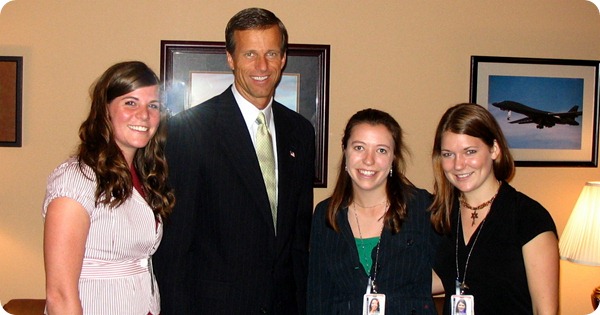 there was a lot of buzz around capitol hill that summer about a certain young senator from illinois. some people said they thought for sure he’d be the first black president. my fellow hatch intern sarah was a harvard student, and when she got an invitation for a meet-up for harvard interns with barak obama, i knew i had to go with her. even if it took pretending i went to harvard. which was fun. 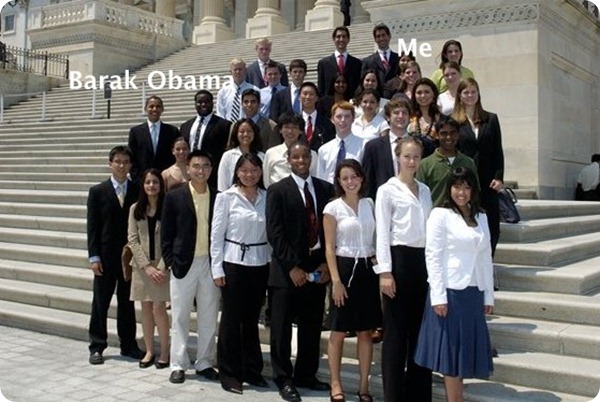 anyway, back to excitement at the innosight institute office yesterday. i have really awesome colleagues. i work with some of the smartest people on earth.