on tuesday night in new orleans after eating the most devastatingly beautiful southern meal, katherine and i went to the corner of bourbon and st. peter’s streets to hear some jazz. we traded off waiting in line to get into preservation hall for the last set of music, and i found this band in a bar filling the air with sweet bluesy strains and listened for a bit from the big, open windows: 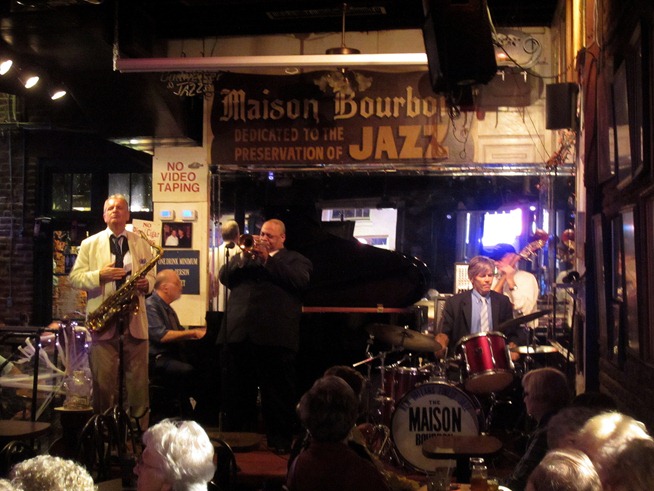 preservation hall opened in 1961, created as a sanctuary to protect and honor authentic new orleans jazz in the face of newer musical trends. nearly every night for 51 years, melodies and harmonies and improvisations have filled up the hall’s simple, small room. when we walked in after a half an hour of waiting, i could feel the memories of this place in my bones, the trillions of musical notes having soaked deep into the walls and the floorboards.

we sat on the front row, on the ground, on some thin cushions, in our dresses. the saxophone tube was right in front of my face. for an hour we listened to a six man band play jazz with so much fervor, and i couldn’t wipe the smile off my face the entire time. the room was filled to capacity with about one hundred people and several times we were all singing along. there was no photography allowed so i had to be sneaky about getting these shots. i just had to capture this bluesy, soulful, golden hour. 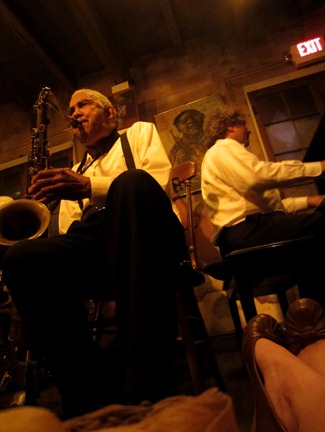 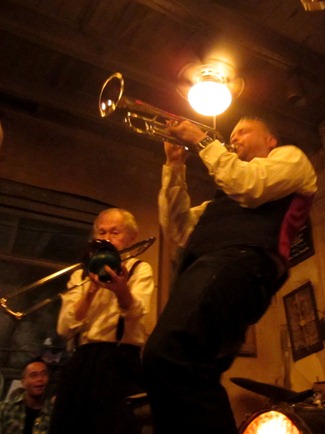 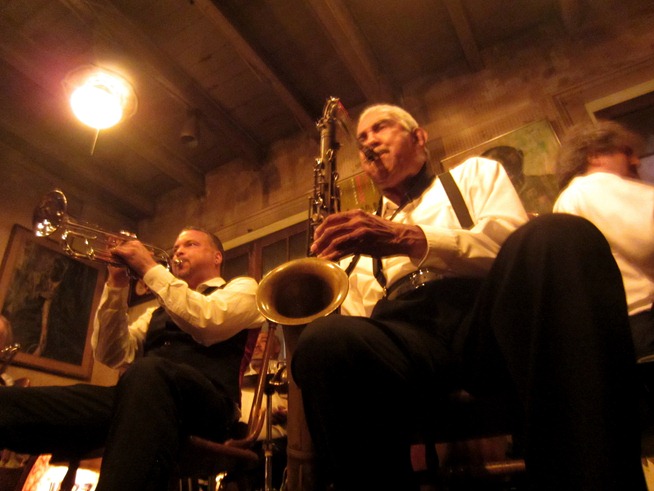 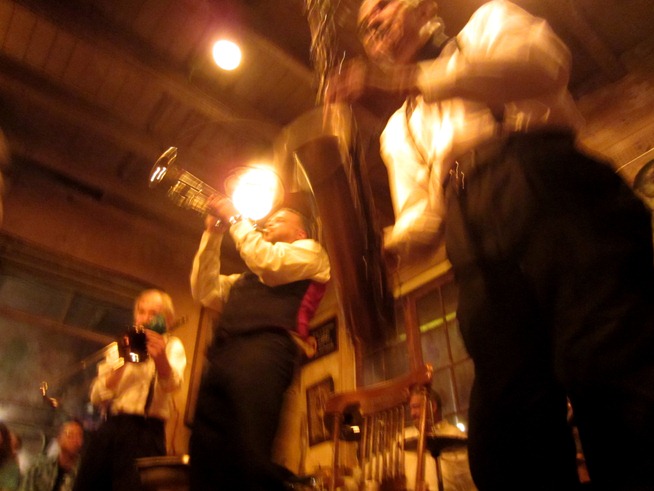 the finale was the band playing “when the saints go marching in” with all of us singing out loud and the musicians on their feet with their eyes closed, so very unencumbered. sweet music  strains saturated all the space around us. it was so awesome.