adventures with cubby and mckay

five minutes before the boy and i took off from palo alto for san diego, my mom called to tell me that my brother noah was deathly ill with the flu. meaning – he sure couldn’t have any adventures with us during our visit, and we run the risk of getting very sick being around him. it took us about ten minutes to decide, what the heck, we’re still going.

we rolled in to noah and kristi’s driveway at 2:45am, and the kids woke me up around 6:15am. but there’s just kind of nothing better than waking up to nephews and then a niece – so the lack of sleep was somehow okay. we said a quick hi to the sick brother and then kristi took us and the kids to the mormon battalion museum in old town san diego. the sister missionaries operating the camera for this picture weren’t too concerned about centering us…and kristi looks super excited, huh? mckay’s expression accurately displays his excitement though. 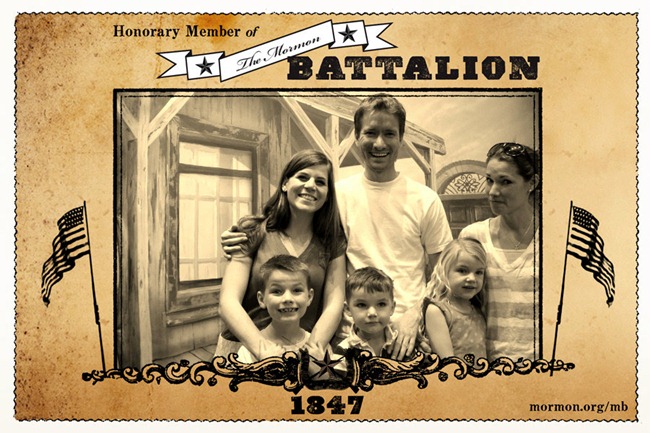 the museum was really quite cool, and after we strolled through old town under the sun. it was a perfectly gorgeous day. but by lunchtime lyla was feeling pretty sick, so kristi took her home to join her dad in bed. but not until after we ate the most delicious tacos on planet earth at tacos el gordo.

this situation left the boy and i with mckay and cubby, and we took them to coronado on a little adventure. i couldn’t get over the perfection of the weather. we stopped on the east side of coronado island to take in the views from the dock: 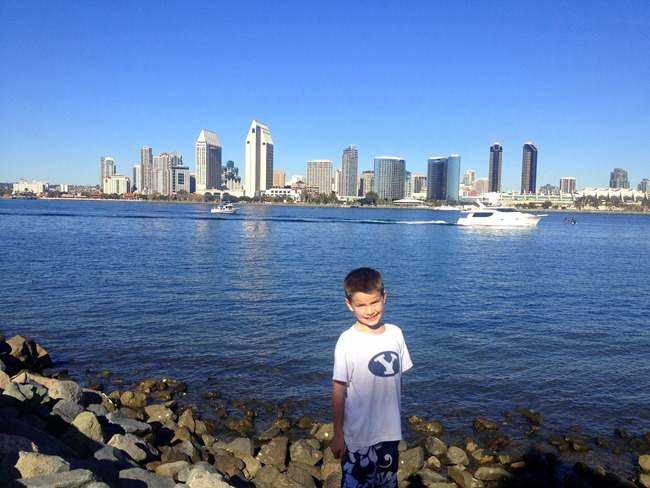 and then headed over to the hotel del and the pacific ocean. the boys built castles and chased birds and we laid on the sand and dipped our feet in the waves. 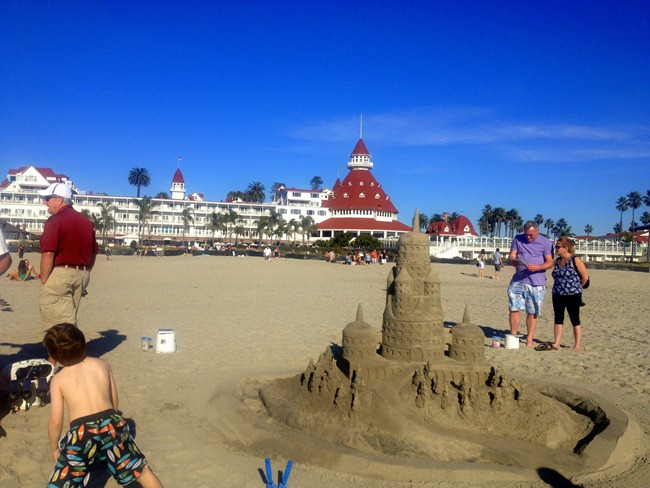 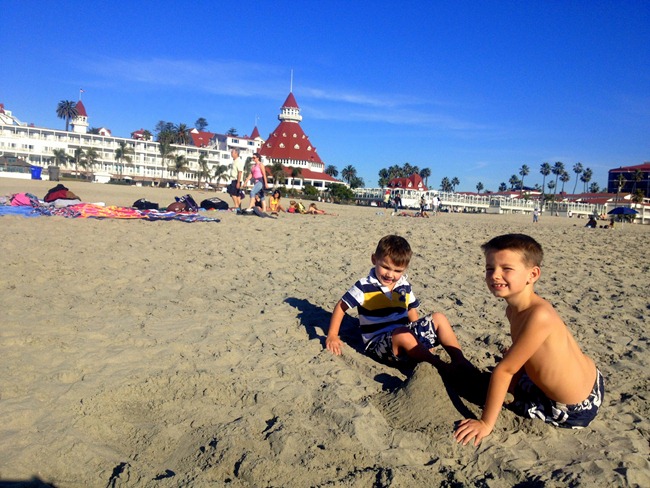 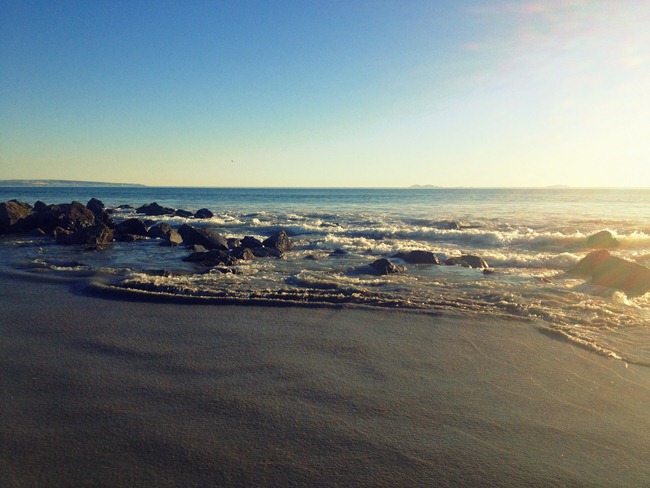 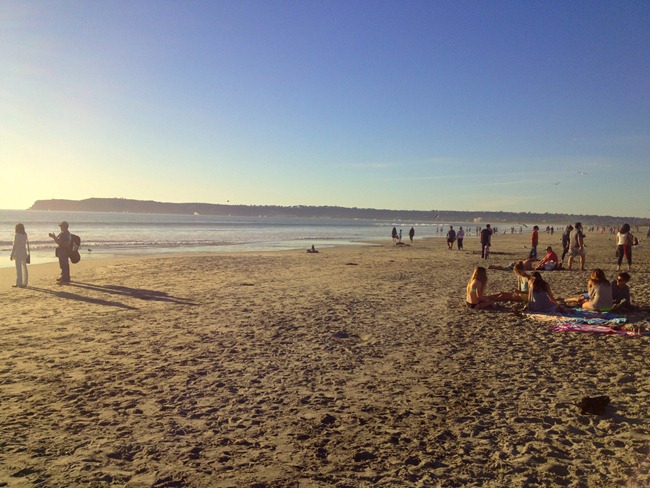 on sunday morning, kristi stayed home with the baby and the sickies while the boy and i took mckay and cubby for more adventures. our first stop was the stunning san diego temple. 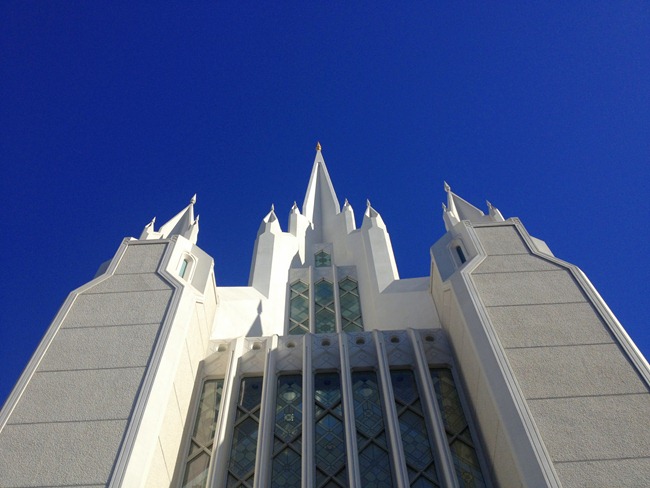 {look at that sky. talk about blue.} 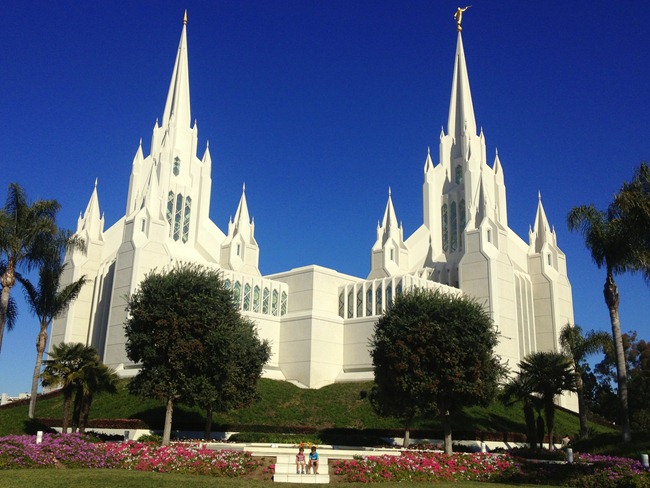 {can you spot those eyre brothers on the steps?} 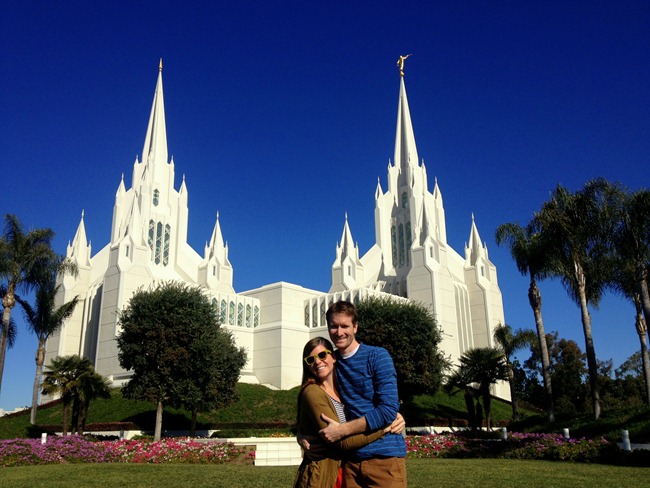 {mckay was our trusty photographer in all these spots}

next, we went to this awesome tidepool beach at la jolla that kristi told us about. i loved it there – so pretty. 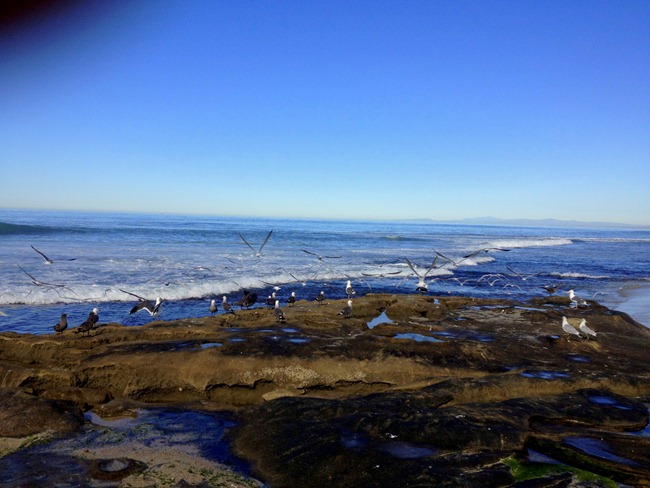 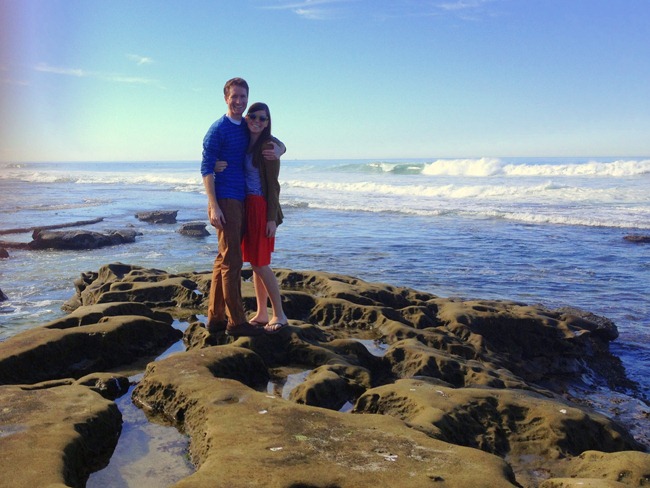 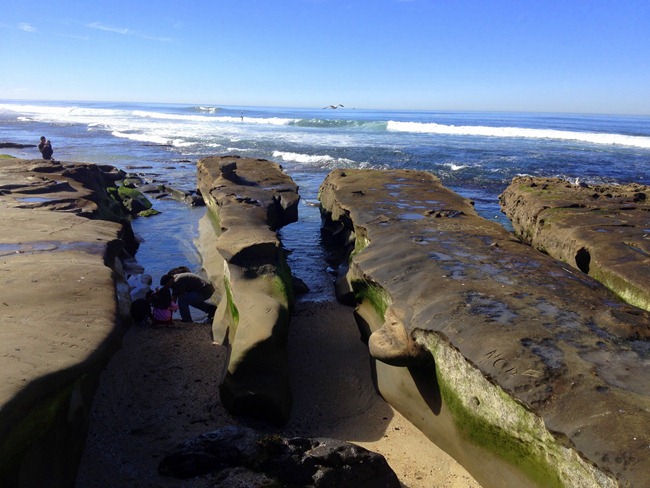 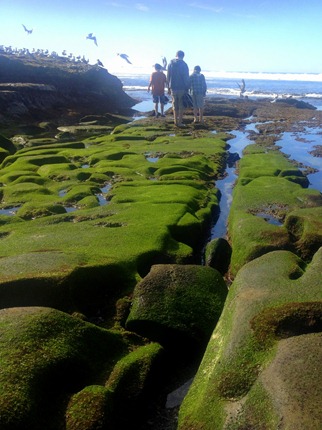 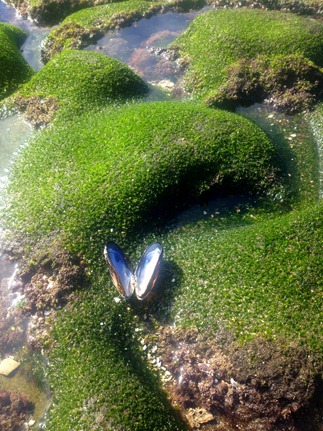 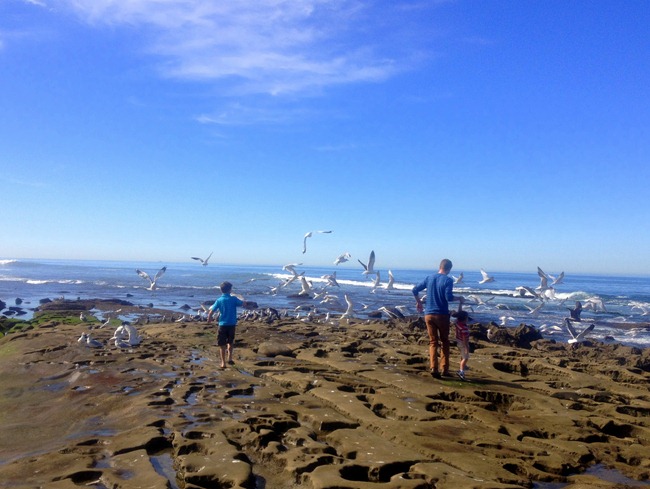 our last stop before heading back to poway for church was the seal beach at la jolla cove. there were hundreds of seals (look closely!) and pelicans about, and we scrambled through a cave to stand on the rocks right in the waves. we were pretty sandy and wet when we left. 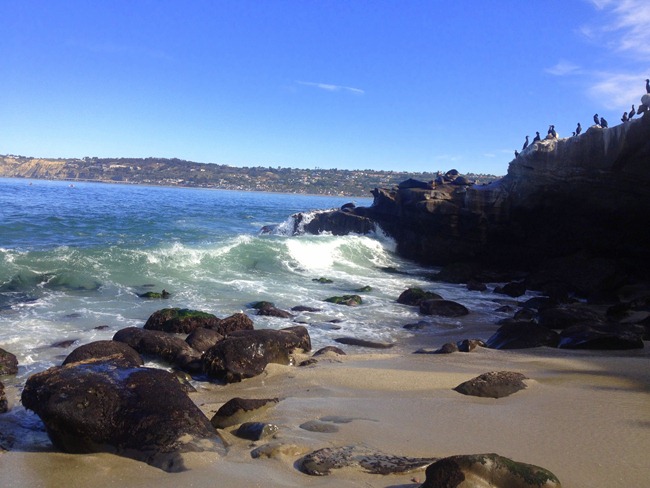 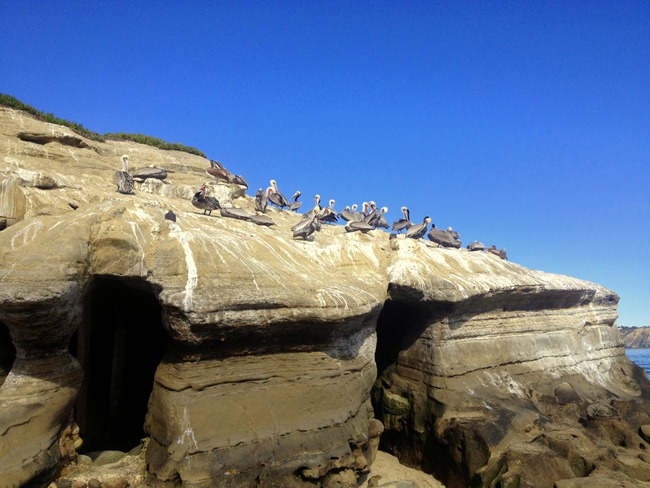 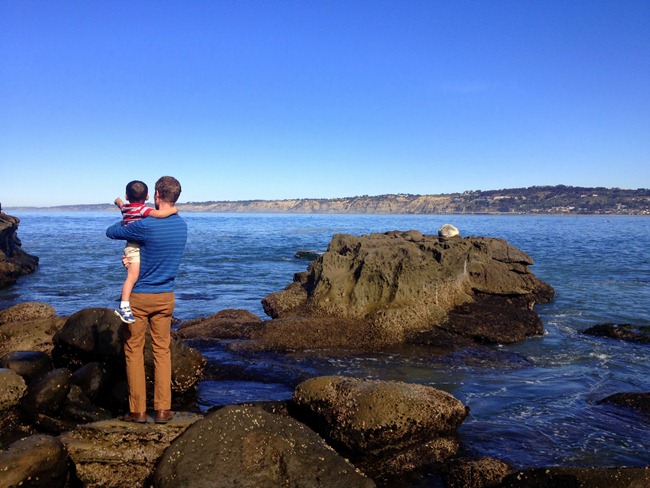 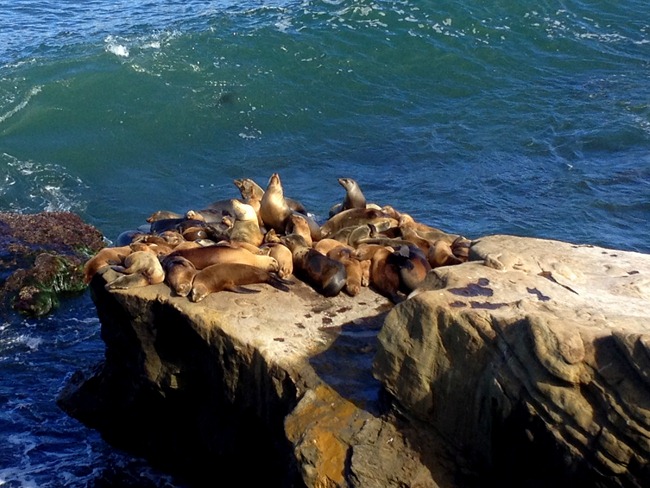 hanging out with these three boys in san diego is pretty fun.