this is nora. she’s a miracle. 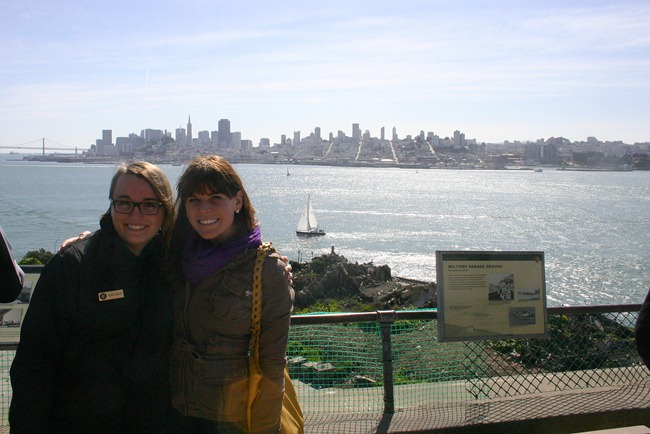 in 2009-2010 i worked at a residential treatment center for troubled teenage girls in utah. nora came to the program after trying several other types of treatment for some issues that she developed as a response to trauma. because most of the time that we overlapped there nora was required to be within eyesight of staff, and because we’re kindred spirits in some wonderful ways, the two of us got quite close over several months at the treatment center. we spent some long nights and tough times together.

nora is from the bay area, and because i knew her deep love for this spot of earth, she was the first person i told that i was moving to san francisco. she was so excited for me, and that got me so excited. i promised her that i would send her a postcard every week from san francisco, to keep encouraging her and to give her little pieces of home. i kept my promise and only stopped sending post cards when i was informed that nora had moved on to another treatment program.

a few months ago, facebook told me that nora had returned to the bay area. we excitedly began texting and scheming up a plan to meet up in the city. a few weeks ago we met on a rainy day in the marina for dinner. as i sat there across the table from this beautiful, glowing girl, hearing about her new job and experiences living on her own and her college/scholarship prospects, i was completely in awe. my fingertips were tingling – because truly, i was sitting across the table from a miracle.

when i asked nora what changed, and how she really got better, she told me that she woke up one day and decided she was done with the crap and ready to move on. after years of all kinds of treatment, it was her will that healed her. she said it was hard to not go back, but she made a choice and stuck to it. i was speechless. i dropped her off at her apartment that night and drove home in the rain feeling warm fuzzies galore.

the human spirit is so incredibly beautiful and powerful. 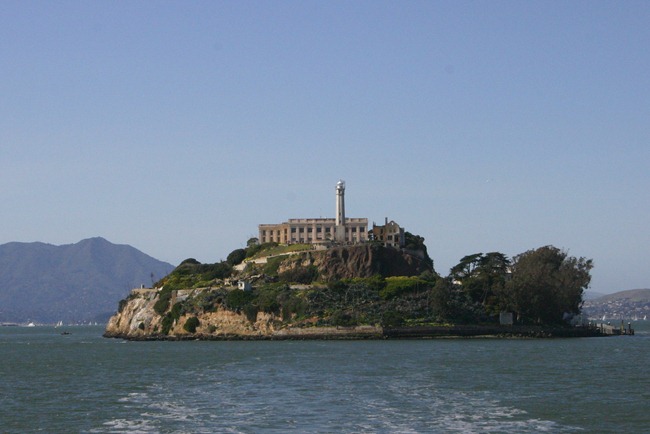 yes, indeed, at alcatraz. nora is an intern for the golden gate national recreation area and does all kinds of cool stuff on the island. i had never been, so i was so excited on saturday to go see my girl in action. she gave the boy and i a complete tour, including access into areas that normal visitors aren’t allowed, and i was stunned by how much she knew and how confident she was … and how gorgeous the weather was … and how cool alcatraz is! it’s such a big tourist attraction here, but i’ve never had much of a desire to go. i was totally pleasantly surprised by how neat the experience was. 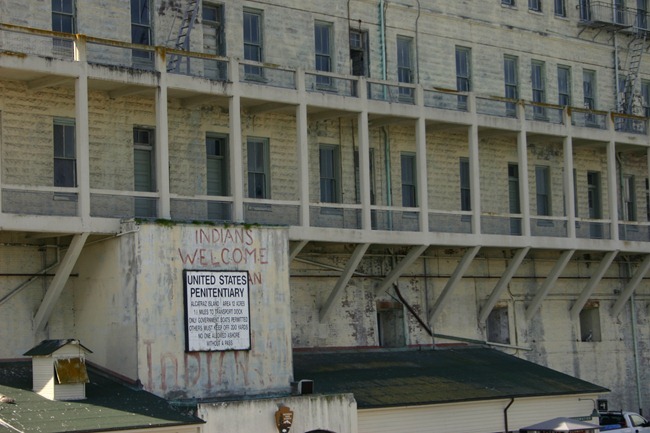 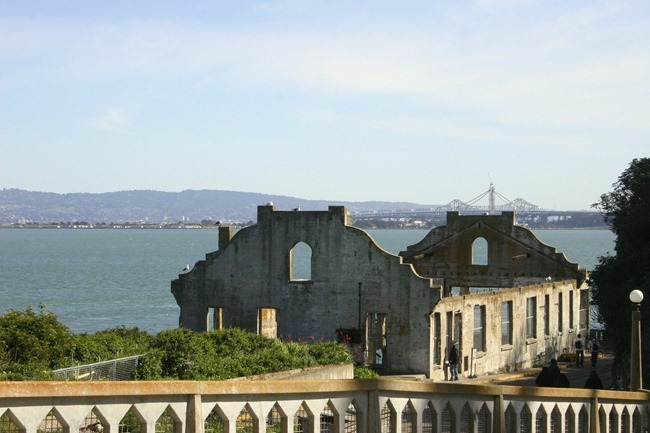 we learned a lot from nora’s super cool tour, and she took us to places like this tunnel and the second floor of the cell house to see the door opening mechanism. i could see other visitors look at us enviously as we went past “no admittance” signs and listened to nora tell us cool stories. 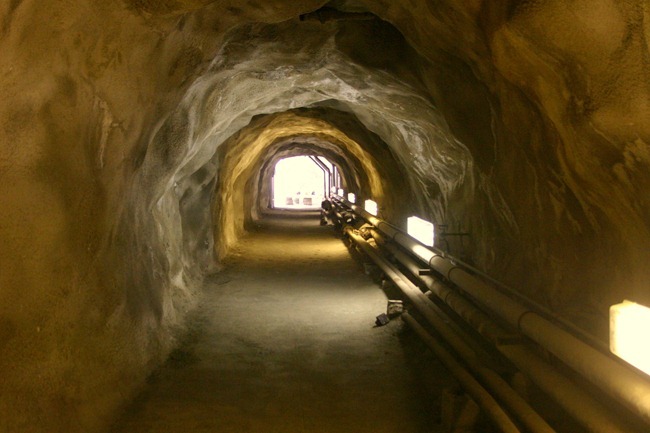 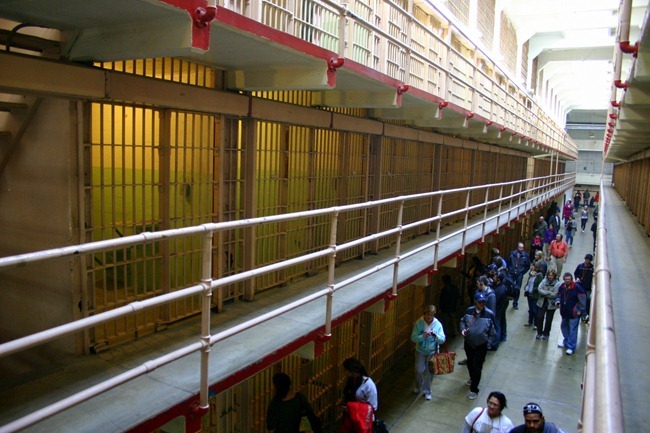 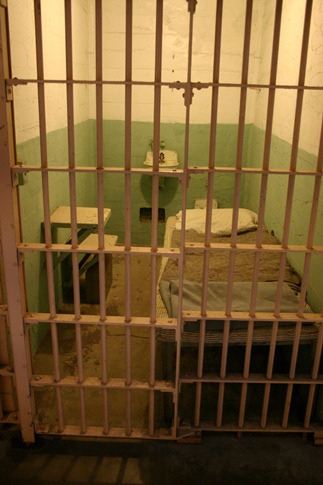 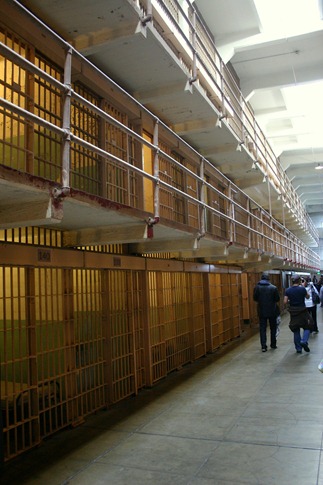 i was shocked by how beautiful alcatraz island is – the vegetation was gorgeous! we learned that alcatraz’s nickname “the rock” is perfectly accurate – it is literally a rock in the middle of the bay that, until humans brought some over and cultivated it, had no vegetation on it. it was such a gorgeous, clear day and the views were about 1,000,000 times better than they look in these pictures. 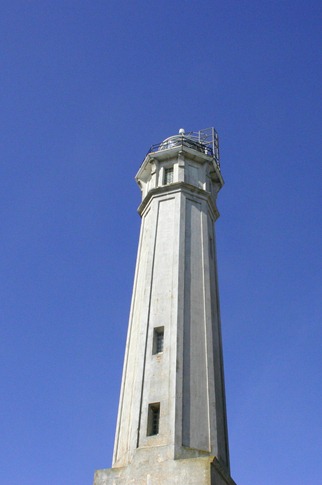 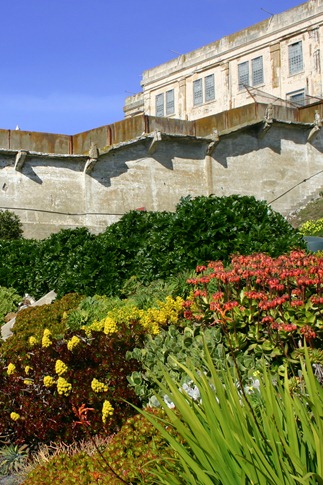 being on the rock with that miracle girl (and the boy!) under the golden sun in the middle of my bay – so dang great.