the fourth of july 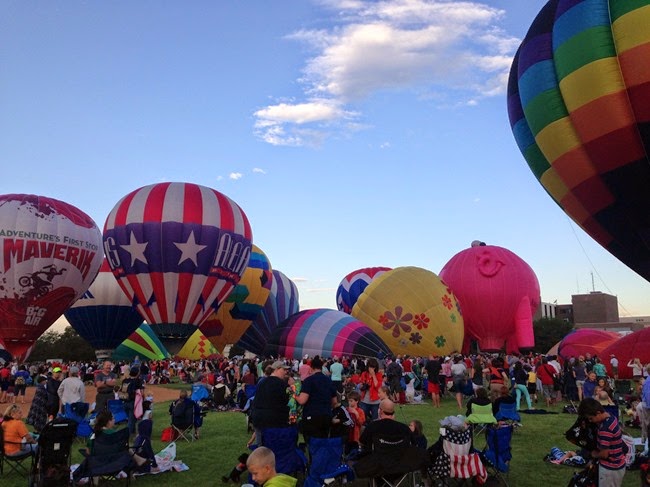 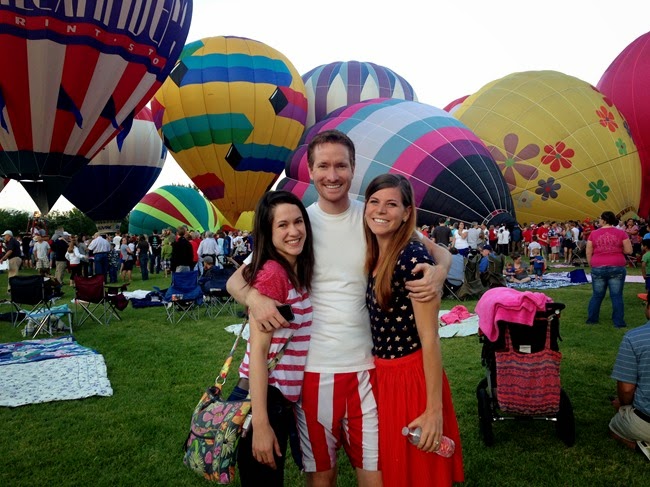 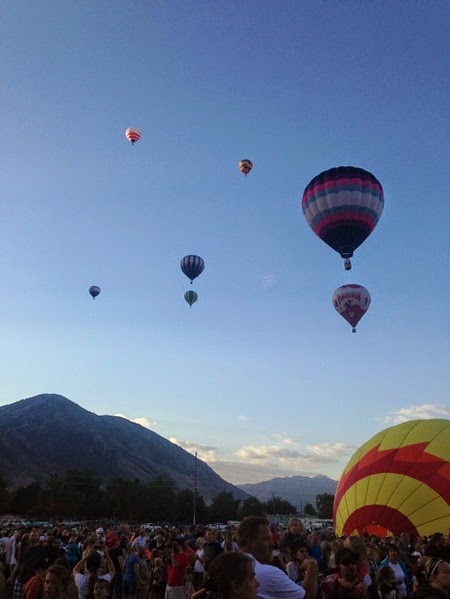 i adore the independence day, especially in provo, utah!

early in the morning on july 4, after sleeping on the grass in his grandparents’ back yard, the boy and i went with his sister and mom to see the hot air balloons launch in downtwon provo. last year it was too windy for the balloons to go up, so it was especially exciting to see this year. i just love the bright colors and patterns against the early blue sky and the majestic mountains, and i also love the crowds of tired but enthusiastic spectators.

the crowd included my cousin ben and his wife ashley and their baby girl clara, who just moved from the bay area to provo. it was super fun to see them and tell them we were engaged! they were the first to find out in person :) 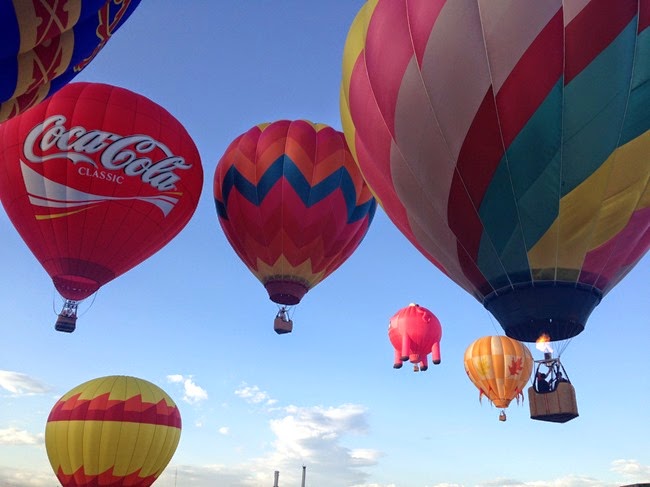 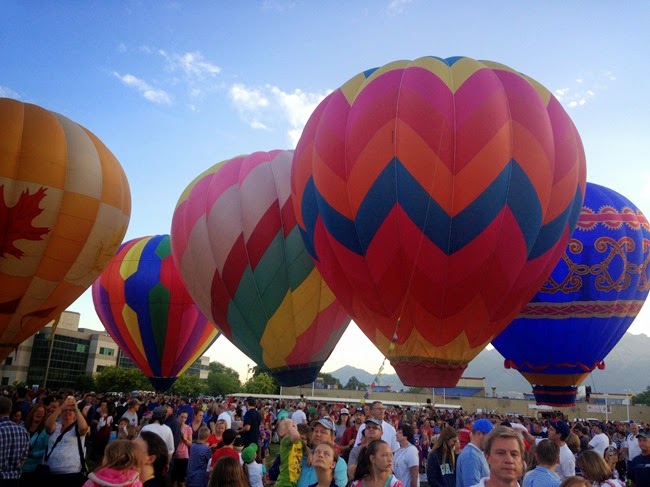 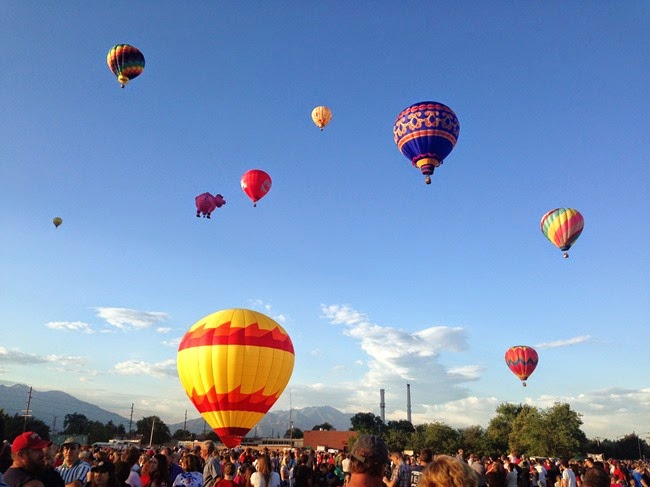 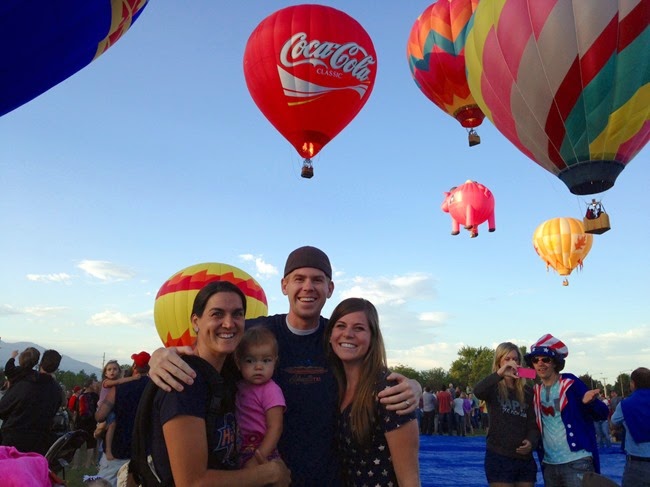 we watched the parade down university avenue, got milkshakes at the purple turtle, had a barbeque with the boy’s grandparents, aunts, uncles, cousins, brother, sisters and parents, saw a few friends, took a nap in the hammock, and helped with a front-yard fireworks display as the stadium of fire show glittered in the distance. 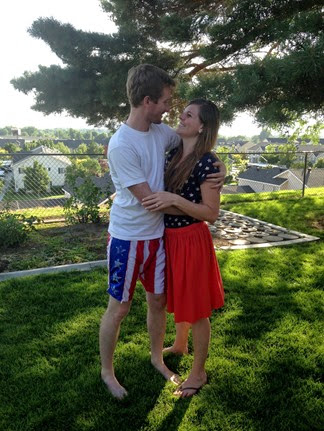 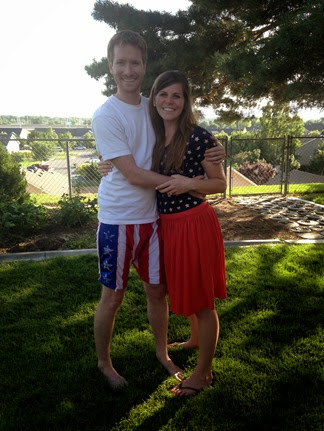 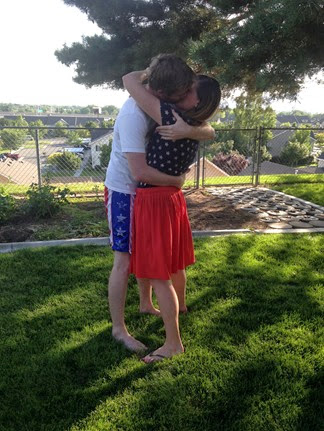 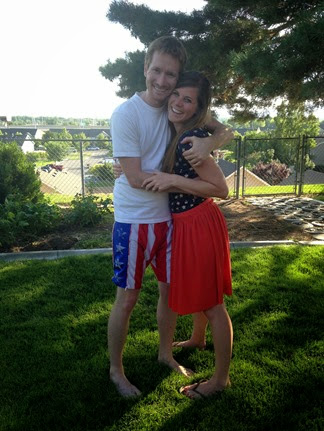 (maybe the holiday included some grumpiness since we’d hardly slept for a couple weeks, but seriously…) it was such a happy, colorful, grateful day.
celebrating utah