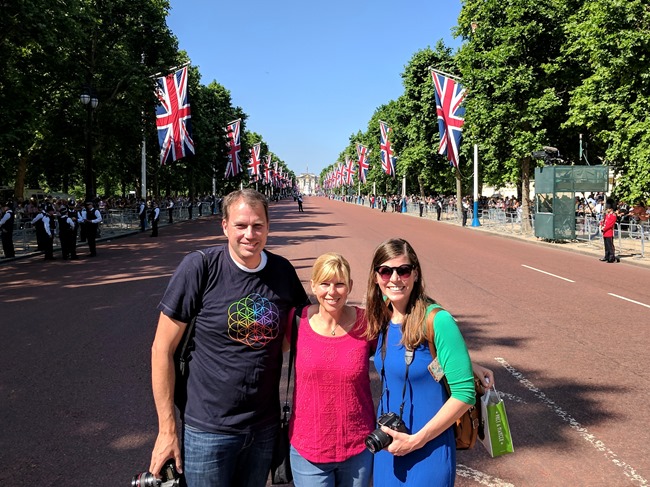 a couple of saturdays ago, both my brother josh and my sister saren were in town! josh came through london as part of a trip all over europe with friends, and saren and her family came back through london after spending a few days here at the beginning of the month and then adventuring through france and switzerland. it was so fun that their time in london overlapped for about 24 hours and we could all be together! and to make that timing even better, it also happened to be the queen’s birthday parade that same saturday … so we all got to see all the queen’s horses and all the queen’s men, and the queen herself! 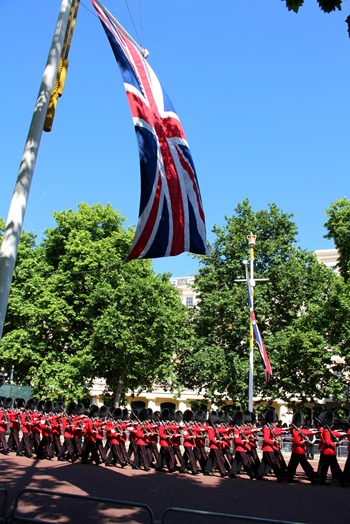 it was kind of a crazy morning at the trooping of the colour (the official name of the queen’s annual birthday parade) – finding our way through the crowds and trying to time things so we were in a good spot when the royals themselves went past. we ended up sprinting back to our original watching spot to catch a glimpse of the queen and it was pretty funny.
saren and jared and the kids had to leave for the airport just after the queen’s chariot went by, and ian had to go prepare some things for a church activity, but josh and moses and i stuck around to watch the flyover (and see all the royals on the balcony of buckingham palace). we ended up getting stuck in crowds and left with not the best view, and it was so hot by the afternoon, but the whole experience was totally amazing and super fun. i’m a total sucker for tradition and pageantry. 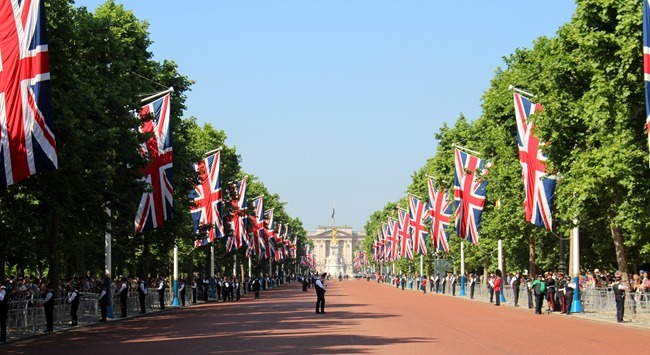 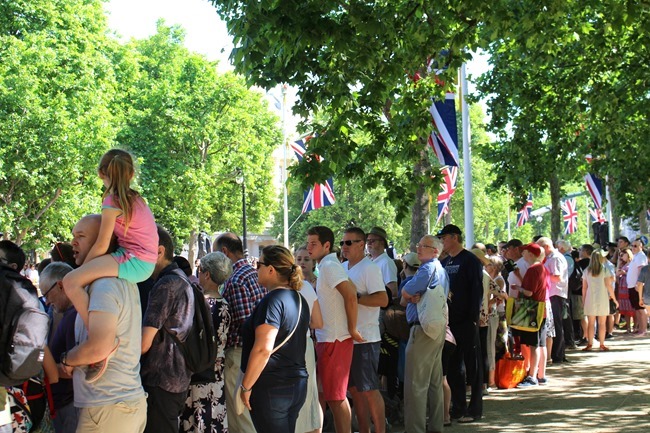 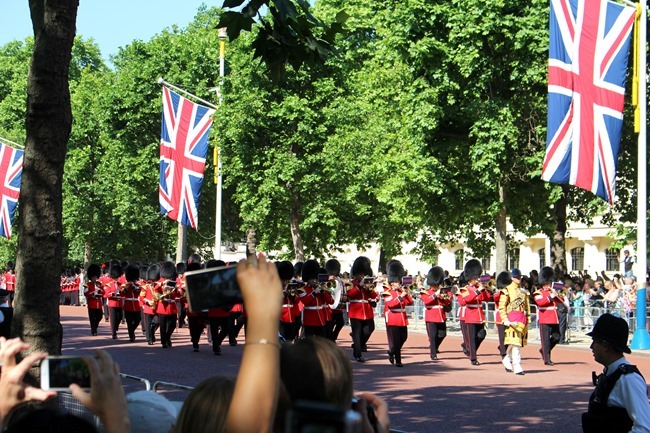 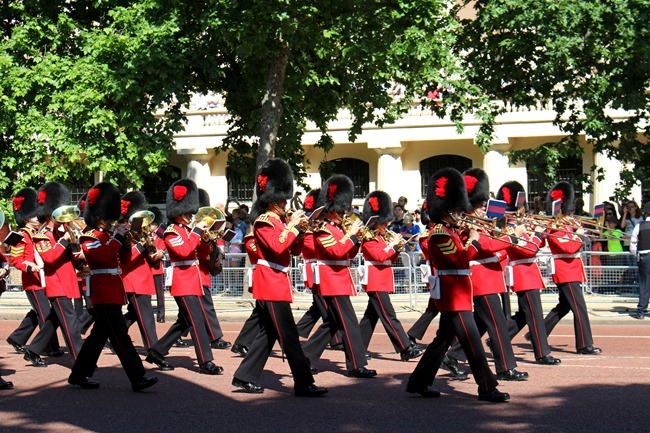 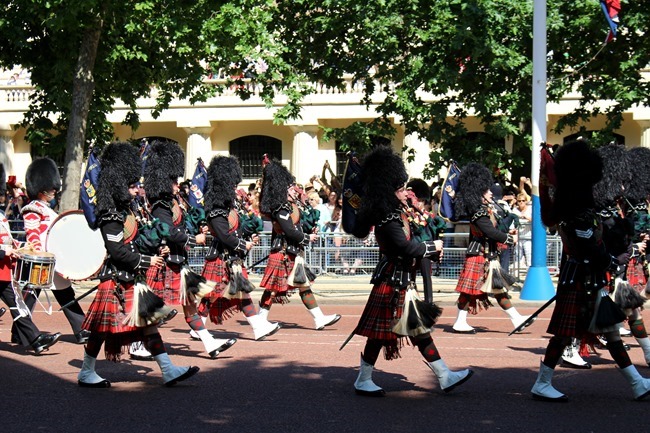 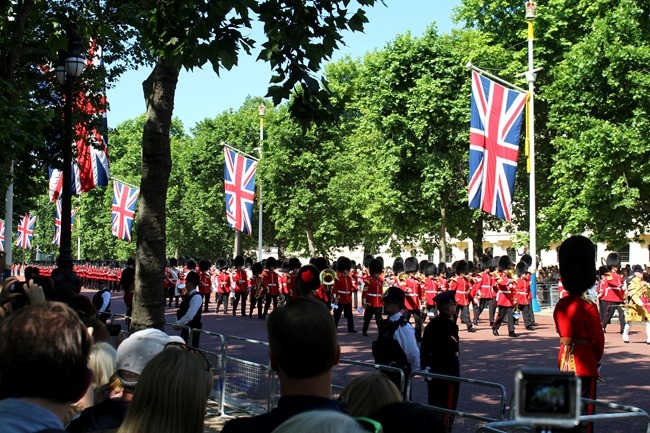 there was just a sea of red-clad guards that marched by, some with weapons, some with instruments – the stream was seemingly endless! they were all headed to the horses guard parade at the bottom of st. james’s park, so we walked over there for a little bit to see some of the ceremony: 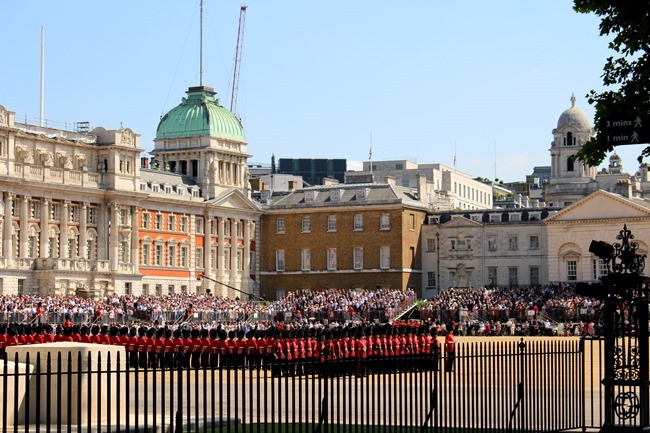 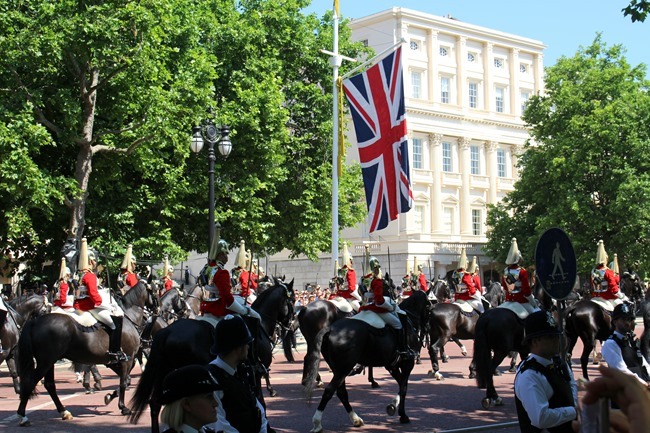 …and then queen elizabeth ii herself, with prince philip! i had seen the queen once before (back here) but this time i was so much closer and it was just really cool. 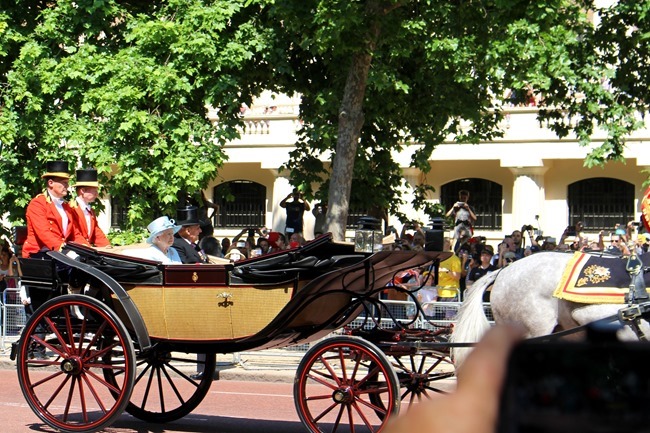 after the looslis and ian left, josh and i found the perfect spot to watch the flyover with the royals out on the balcony. that wasn’t happening for another couple of hours though, and it was super hot and sunny, so decided to go hung out on the grass under a tree and come back to that spot in a little while. well, by the time we headed back the street was blocked off so we couldn’t cross and we were stuck! 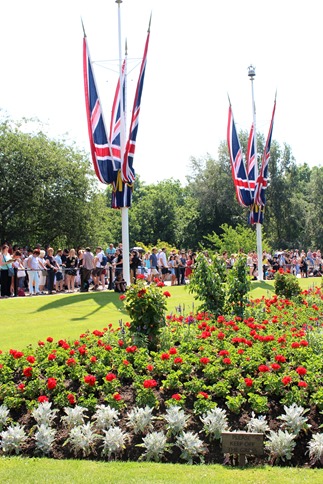 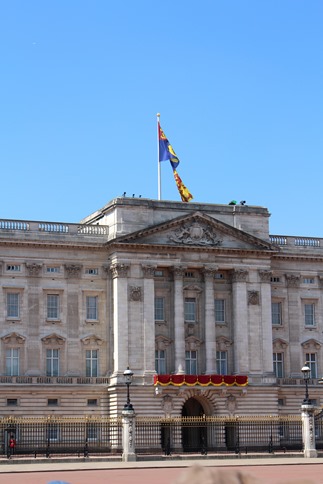 but we smooshed in with the crowd (i was wearing mo) and still got to take in all the excitement when the royals came back up the mall and then the planes came flying over! 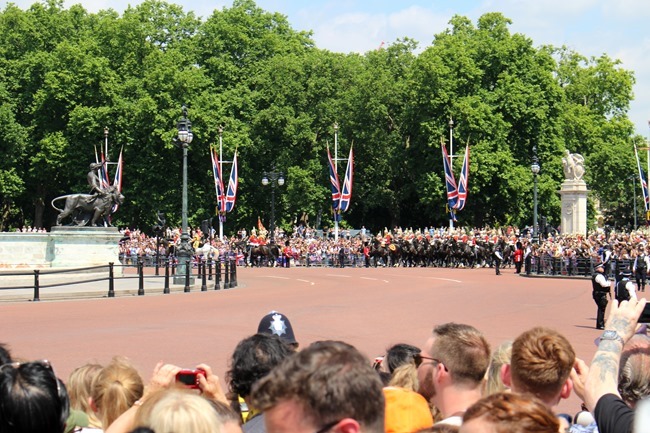 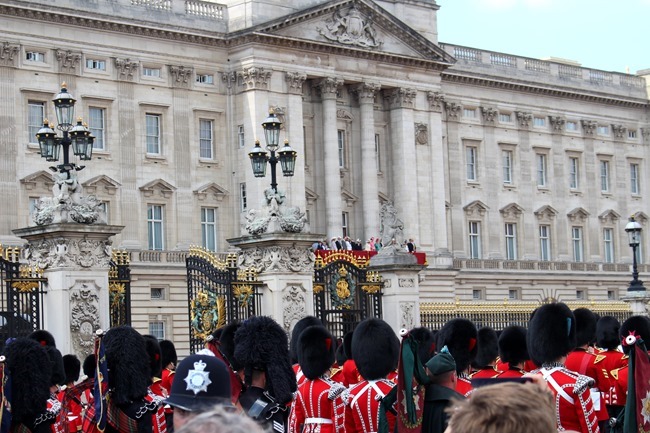 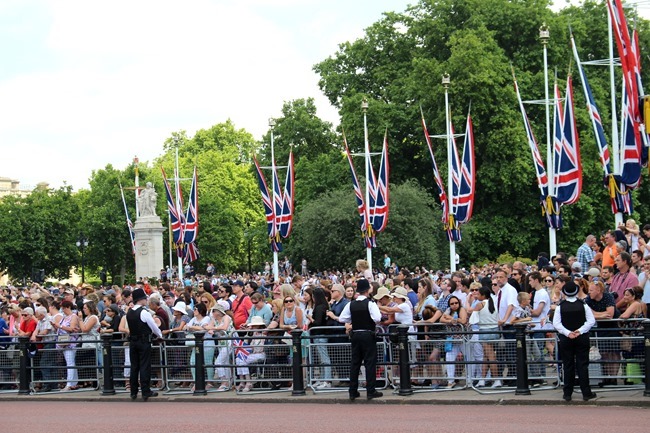 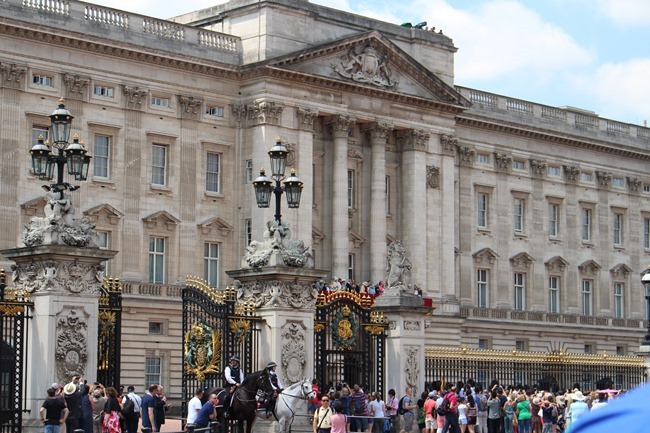 ^^ there they all are, joined by the queen. i was most excited to see will, kate, george and charlotte!(although that darn unicorn pillar wasn’t doing me any favors!) we weren’t super close, but josh let me look through his binoculars and took some amazing photos that i hope he will share with me this summer. 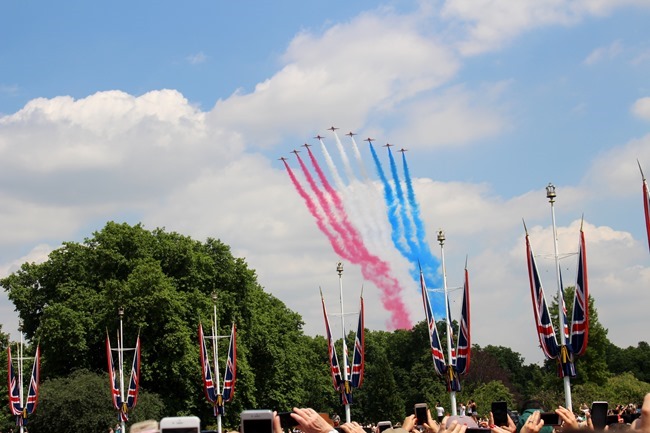 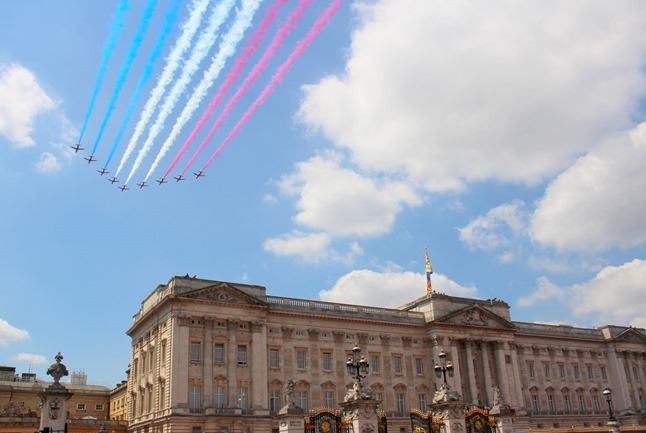