a long layover in chicago! 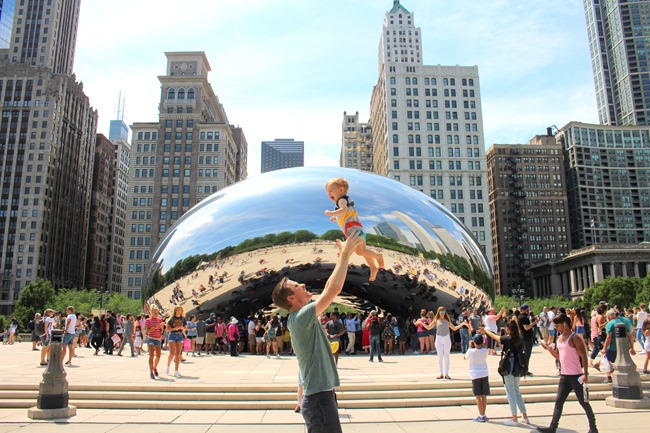 it’s always kind of a fun game for us to figure out the best way to get to the usa and back when we head across the pond. we usually have a few stops around different states and want to use airline miles where we can. this time it turned out that the cheapest way home to london was through chicago – with a twelve hour layover. i haven’t spent much time in chitown, but i have this sort of strange fascination/love for that city – so i was pumped about the prospect of spending a day there!

we thought we might as well check the cubs schedule to see if the world champs happened to be playing at wrigley field that day, and during the day (not the evening). we lucked out – there was a home game versus a big rival (the st. louis cardinals) at 3pm – absolutely perfect timing for us to go!
once we saw that we got so excited scheming up a day of adventures in chicago en route to london.

we figured we could take the train from midway airport to millennium park to hang out a bit at the bean/cloud gate (which i am weirdly super obsessed with) and then bring all our luggage to wrigley field and check it at a stroller/bike/bags dropoff spot – by fourth inning at the latest. then, cheer on the cubbies and have plenty of time to take a bus and train to o’hare airport!

the day went almost exactly as planned. we had great weather, the unique and awesome buzz of chicago got under our veins, and the cubs won! it was all really fun – even while dragging our luggage around ;) 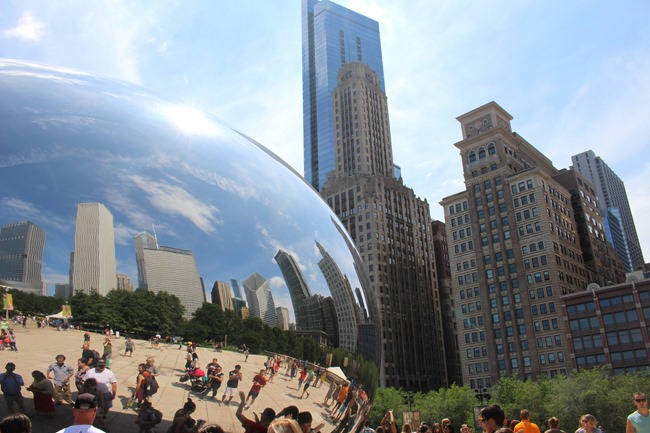 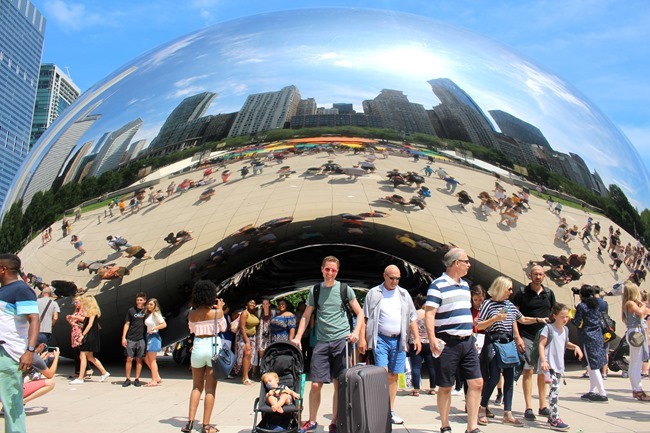 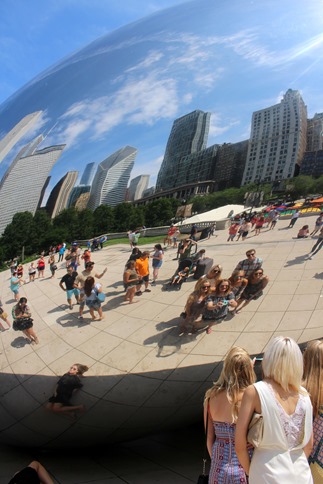 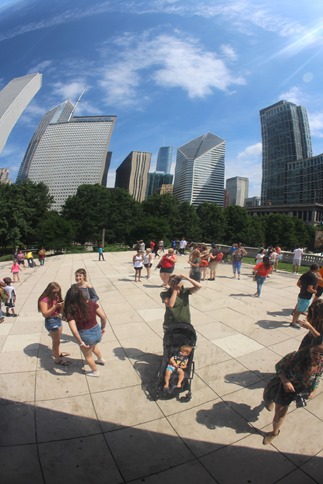 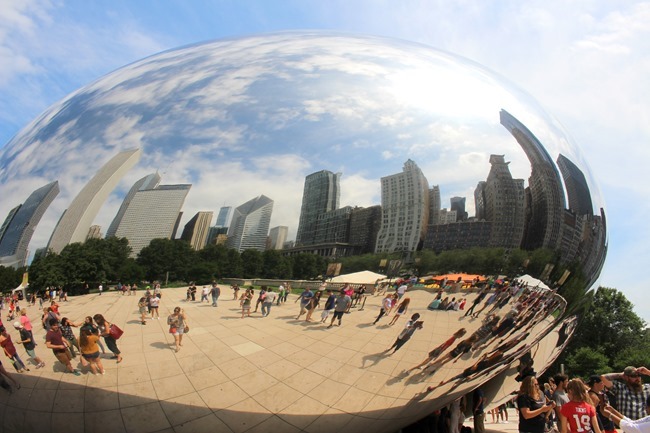 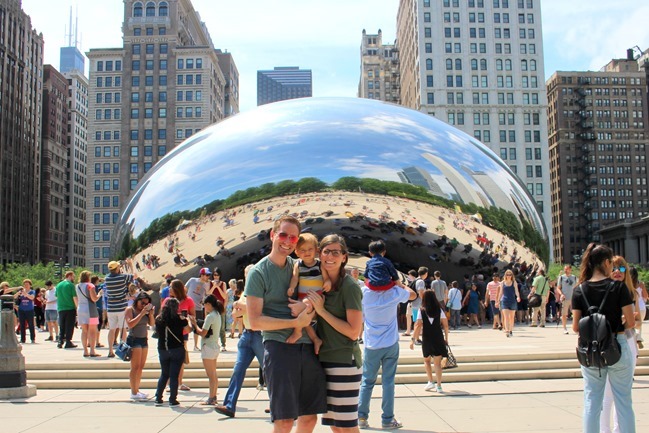 i seriously have this weird thing about the bean. the first time i saw it, i was more excited than the first time i saw the eiffel tower, or maybe even the great wall of china! i don’t know what it is about it – i just think it’s so cool! i was super pumped seeing it for the second time on this long layover, too. i also have this peculiar soft spot for chicago itself – i was zipping with excitement walking those city streets. 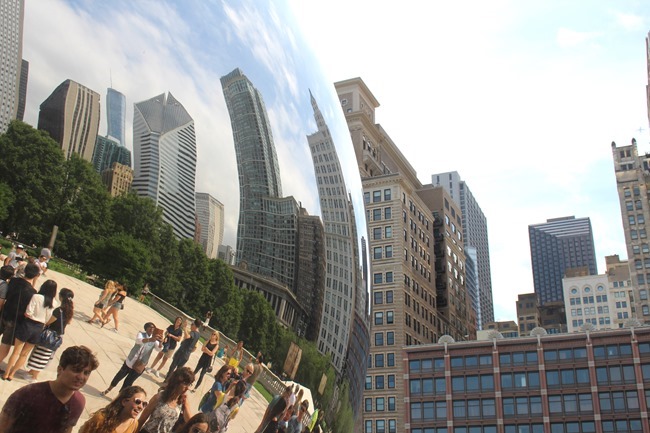 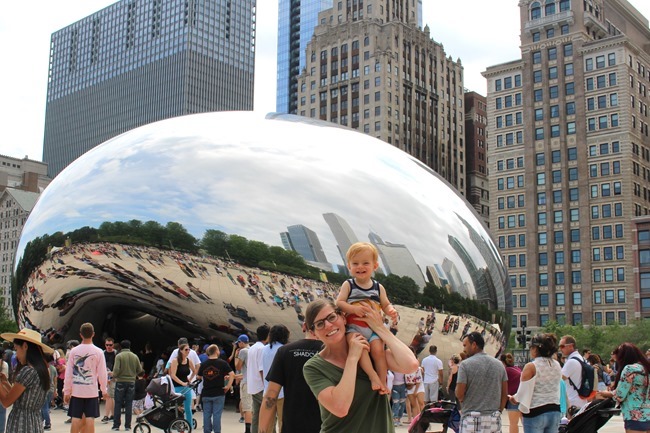 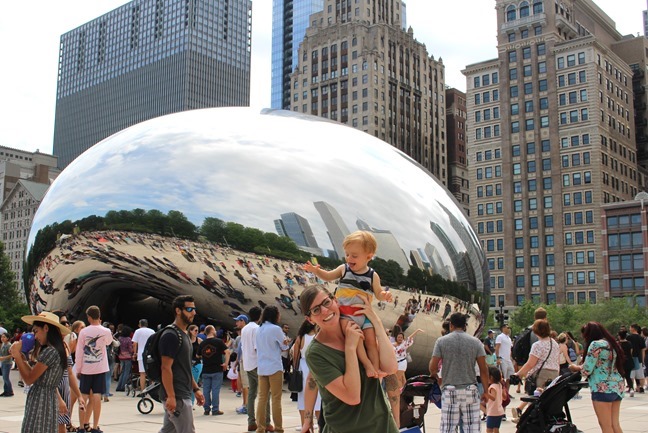 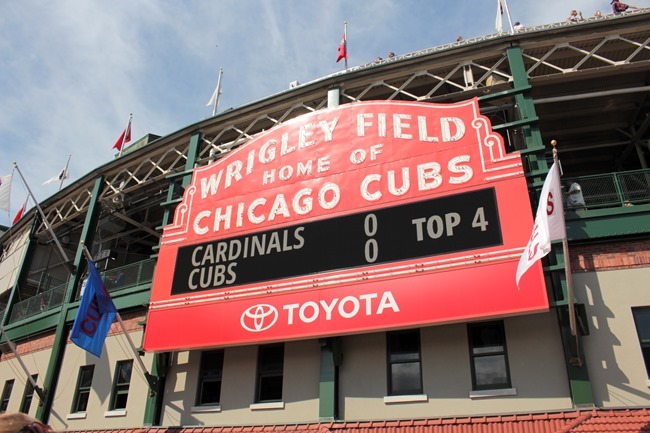 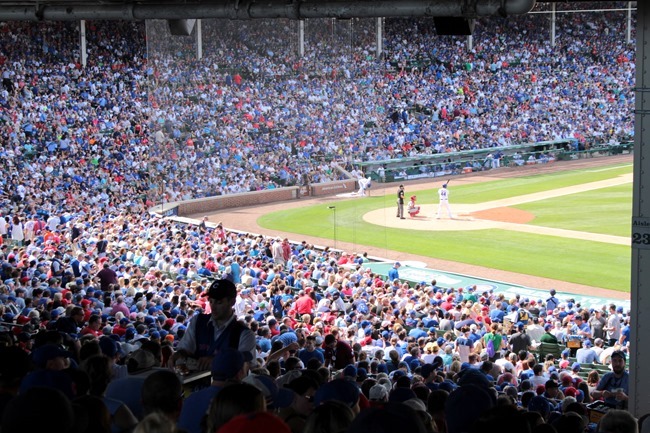 the first couple of innings that we watched at wrigley were pretty boring (basically no hits!), but it amped up in the eighth inning, which was super fun! the cubs came back from two runs down to win the game 3-2. watching baseball felt so american and was the perfect thing to do to top off our time in the states. 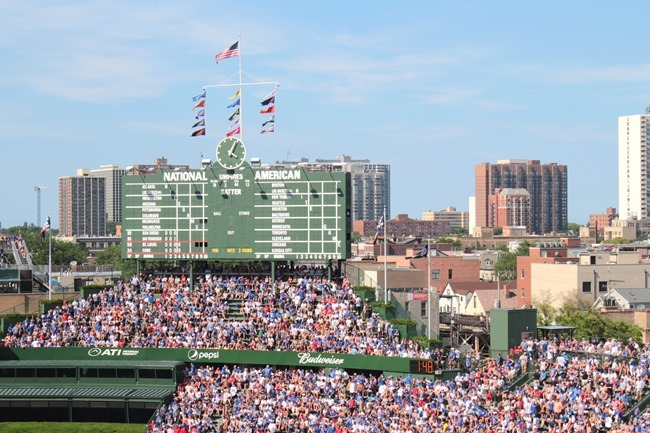 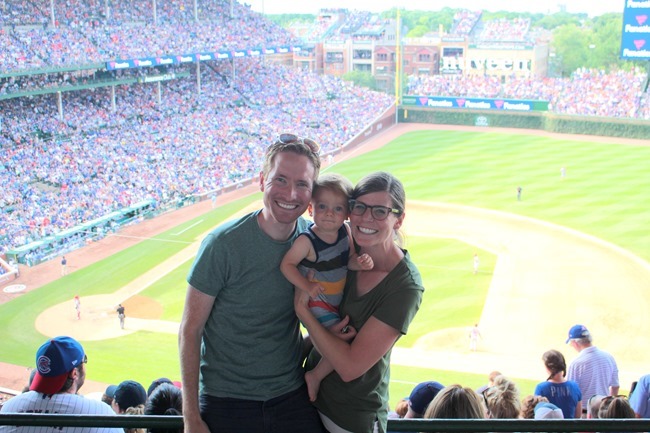 until next time, usa!