- July 24, 2017
we returned to london last night after two and a half weeks in the usa visiting family. it was a wild wonderful whirlwind trip that included lots of spectacular highs along with a few not-so-fun lows. we were able to see nearly every family member on both sides (we sadly missed one of ian’s brothers and his family, and an eyre niece and nephew) and to enjoy some of our favourite places and american stuffs.

the first half of our trip was a lot of city hopping – we flew into new york city and then took a train to baltimore, then hopped on a plane to dallas, celebrated moses’s first birthday at grandma and grandpa’s house (another post coming all about that special day!), then flew to salt lake city and drove down to provo to visit ian’s grandparents and spend a night with his two sisters and their husbands. phew! after that we had one short day in slc seeing friends (moses and me) and working (ian) before heading up to bear lake (where we spent the second half of our trip). 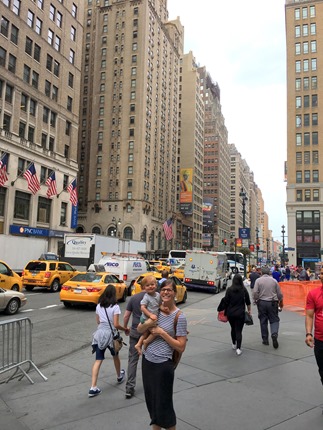 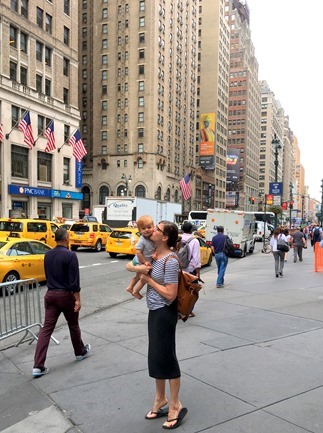 ^^ we were only in nyc for about fourteen hours, all of which were spent in transit, in slumber, or in a jet laggy haze. but i insisted we spend just a tiny sliver of time soaking in the awesome electricity of the city on a street corner before getting on the amtrak train to baltimore. there’s just no place like new york city! ^^ 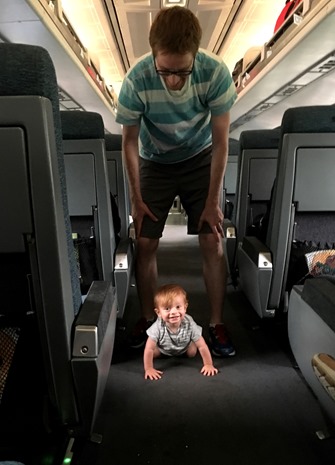 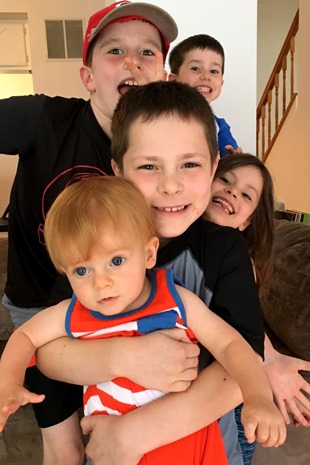 ^^ after the train ride, it was so so fun for moses to be reunited with his cousins! ian’s brother just moved to baltimore about two weeks before we got there, so it was great to see their new house and hear about their new life! i failed to get any pictures of the adults (whoops!), but seriously little mo was super excited to be playing with cousins (even if he looks not super enthused in this picture ;) ) ^^ 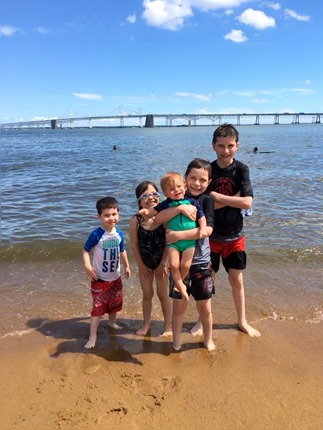 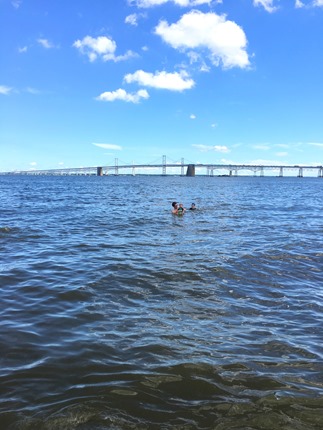 after a pizza dinner and games (and jet lag hitting hard), the next morning we headed to a beach on the chesapeake bay with margaret and the kids. ^^ it was a beautiful day and everyone had a total blast swimming (and margaret and i enjoyed chatting on the shore). our time in baltimore was so short but really great. ^^ 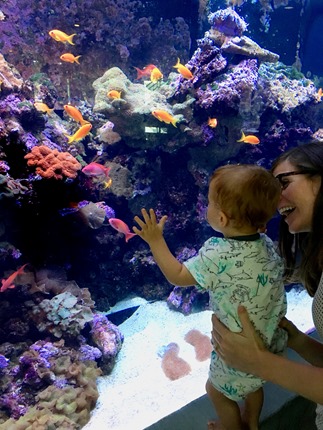 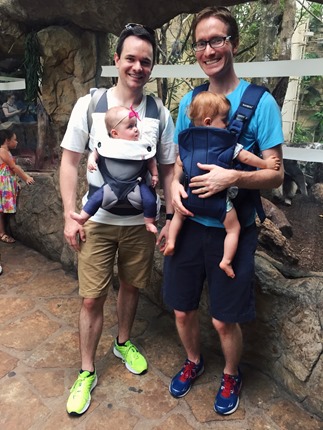 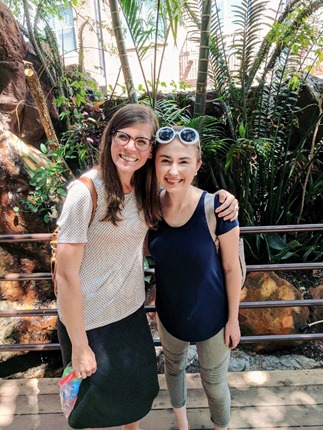 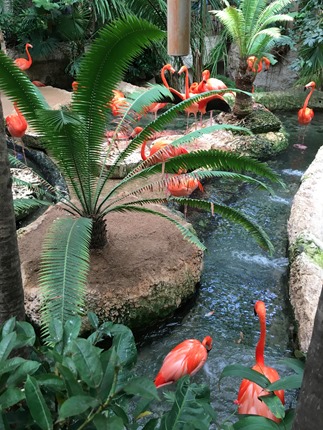 our flight to dallas was delayed four hours so we had a realllly late arrival (2:30am!) but were excited to play with grandma and grandpa, uncle brig, aunt lucia, and cousin sophie in the morning! (ian’s youngest brother and his wife and baby were living with ian’s parents – they just moved to boston last week!)  ^^ in the afternoon, we went together to the dallas world aquarium as a little birthday party activity for moses (his birthday was the next day, sunday). the aquarium was so cool and also so crowded, and all the traveling had caught up with the sweet birthday boy – he had a runny nose and a cough and was just not feeling well :( poor baby was seriously trying to enjoy seeing things that normally would make him wild with glee, but just wasn’t himself. still, we all eight appreciated the wonders of the aquarium and loved being together. ^^ 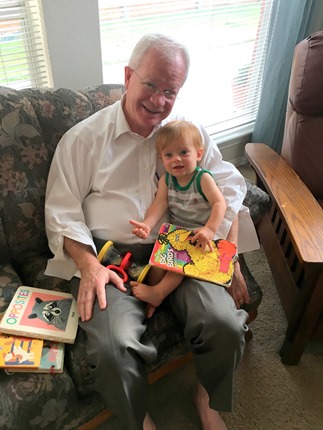 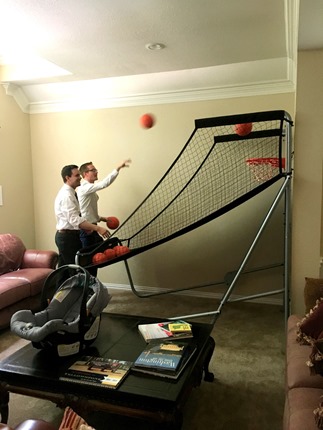 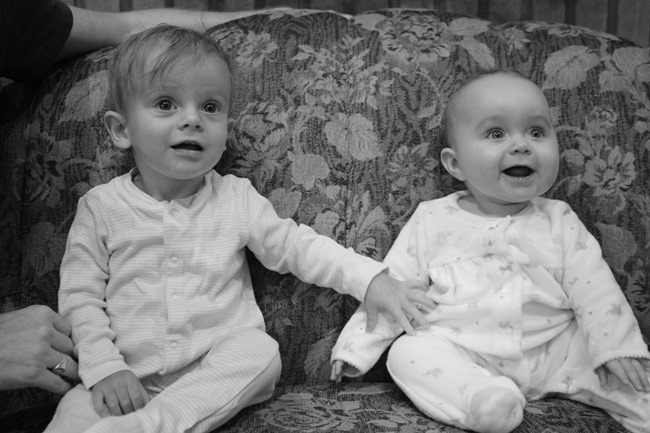 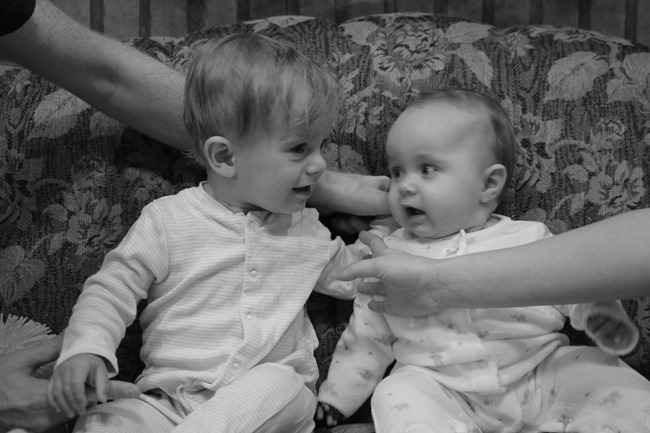 ^^ we had lots of chill hang out time at grandma and grandpa’s house, which was wonderful (especially the time spent playing with the new basketball game that had shown up in the living room since we were last there…). love seeing these two cousins (almost exactly six months apart) together. we couldn’t sit them toooo close together for photos though because moses just wanted to grab his cutie cousin’s eyes and nose and ears – she’s irresistible :) ^^ 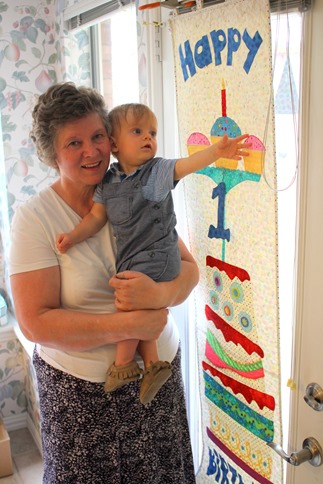 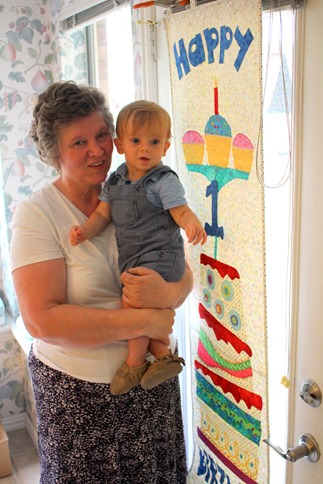 ^^ grandma put up lots of decorations around the house for little mo’s birthday. a whole post about our celebrations coming next. ^^ 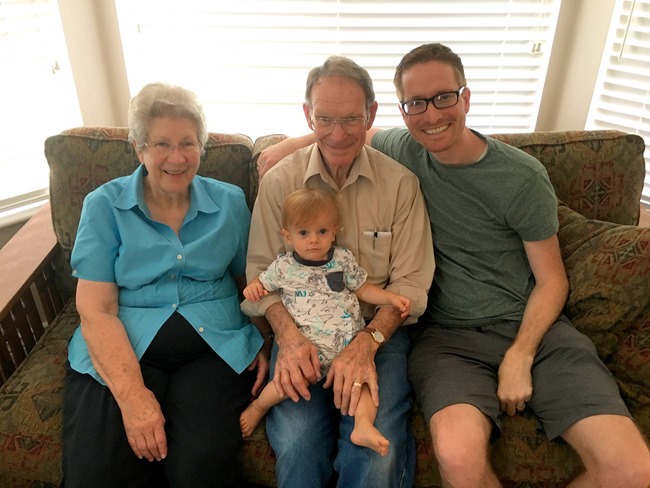 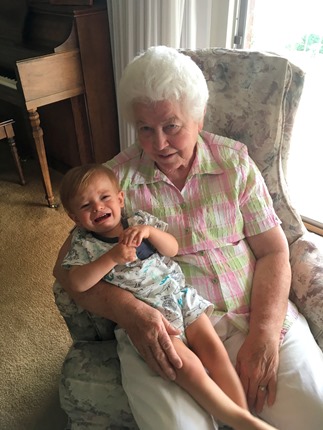 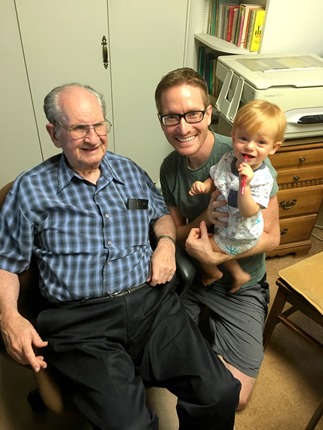 after spending five hours waiting in line at the texas dmv (yuuuuck!) and saying goodbye to grandma and grandpa, we flew to salt lake and spent the night at my parents’ condo downtown. ^^ first thing in the morning, we drove down to provo to visit ian’s grandparents. they are all four so sweet and i love being in their homes. (having spent the majority of my life with only one living grandparent, i relish this stuff.) i know moses doesn’t look super happy in that picture with grandma allred, but he really did have a blast at his great grandparents’ houses (he was just woken up a little early from his nap!). i’m so grateful for the heritage that my children have because of these noble souls. ^^ 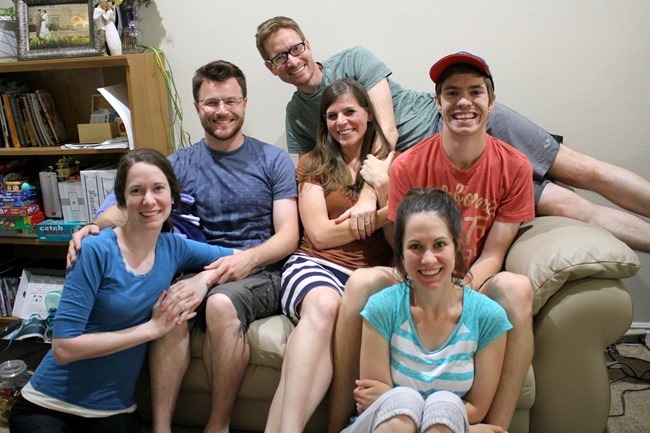 ^^ we spent the evening with ian’s two sisters and their husbands (who all live in provo). we had dinner, played games, and stayed up late talking and laughing. love these guys! ^^ 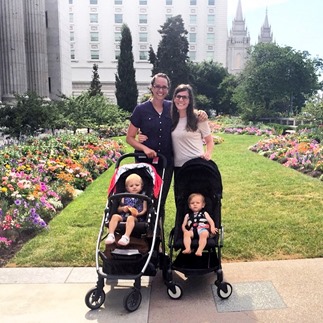 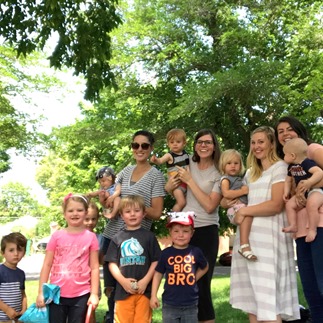 ^^ back in salt lake, i was able to be reunited with my dear dear friend sara (we hadn’t seen each other in two years and had never met each other’s babies!) and have a lunch picnic with three of my best friends from high school (and their seven children!). it’s always so wonderful to reconnect in person and i’m so grateful for good, good friends. ^^

we are so blessed to have so many amazing people in our lives!
family new york city utah