moses thames, the one year old 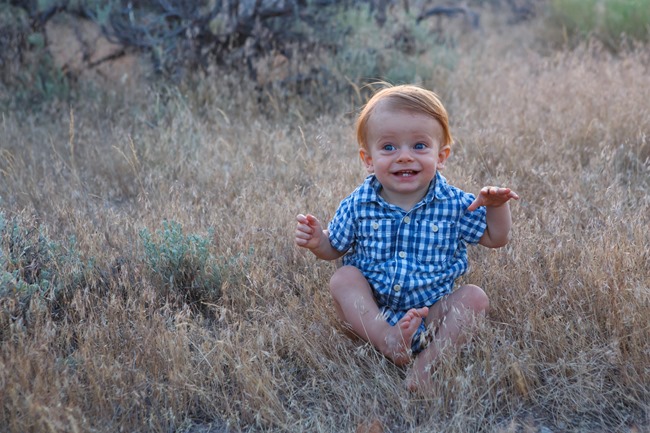 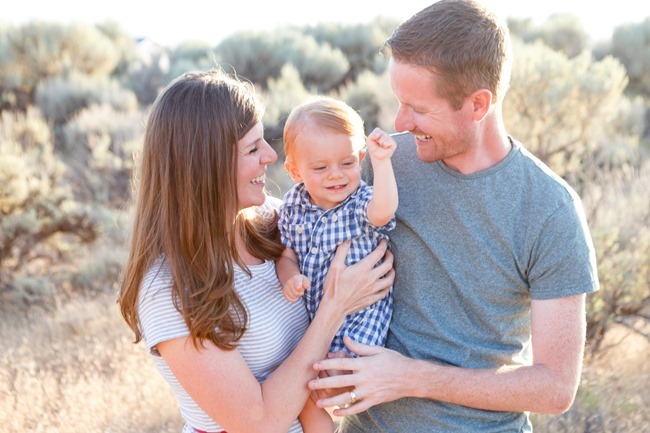 i’m still wrapping my head around the fact that moses has turned one! every once in a while, ian and i look back at pictures of our baby when he was a newborn and we kind of freak out. he was so tiny! and now he’s so big! it’s crazy how time keeps moving and he keeps growing – and we do too.
there’s no way to adequately express what a gift moses is. we love and adore him more than we ever thought possible.

today i wanted to share some family pictures my sisters snapped of us at bear lake, and some tidbits about moses at twelve months old. our boy is so much fun and i wish i could bottle him up just as he is right now – so i guess this is my attempt to do a little bit of that :) 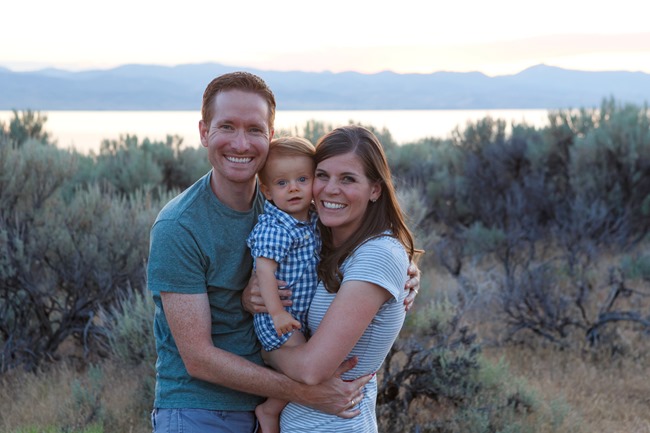 moses has continued to be such a happy and friendly baby. he loves interacting with any other humans (but especially little ones) and is constantly charming and making friends with strangers. he’s only had a teeny tiny bit of clinginess to me and/or his dad – he’s happy to be held by pretty much anyone.

little mo has enjoyed playing at the children’s centre at ian’s office on a few different days lately (we get twenty free days of childcare there, which has been really nice). he absolutely loves it there – so many new toys and new friends to play with. yesterday when ian picked him up after work, the lady in charge said that moses was the easiest baby they’ve ever had. she said he just plays and smiles and naps and is sweet and happy the whole time. homeboy’s definitely more prone to tantrums at home and for sure has his moments of difficulty, but we really did get lucky with such a good baby.

he’s not quite walking yet … but he seems so close! he’s gotten to be a super fast crawler and he adores pulling himself up to standing on anything he can possibly grab onto and get some leverage with. 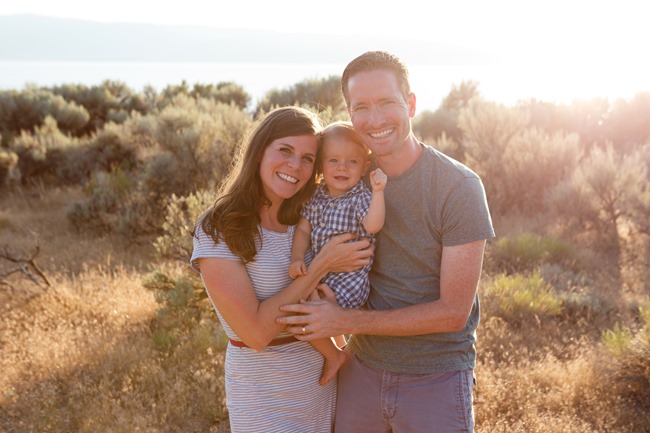 moses loves to dance. we started having a dance party before bed every night a couple of months ago and he has just become more and more obsessed with dancing. he will start dancing if he hears even the faintest bit of music … he will start dancing to ringtones and church bells and the microwave beeping – haha! if he hears the word “dance” or the word “music,” he will start dancing. his signature move is a lateral fist pump (it used to be more a wave with his hand spread out, but has evolved into a clenched fist). {can you spot his signature move in some of these photos?} if we hold him under his armpits while music is playing he will kick his legs like crazy and squeal in delight. sometimes he will get my attention and start dancing as a way to ask me to turn on music.

people comment on moses’s big beautiful eyes all the time. we are obsessed with those baby blues as well as his awesome ginger hair. since his first haircut it has grown out a big again, and he has these luscious curls on the back of his head that are to die for!

moses is still breastfeeding 3-4 times a day, and nursing is something we both continue to enjoy a lot. 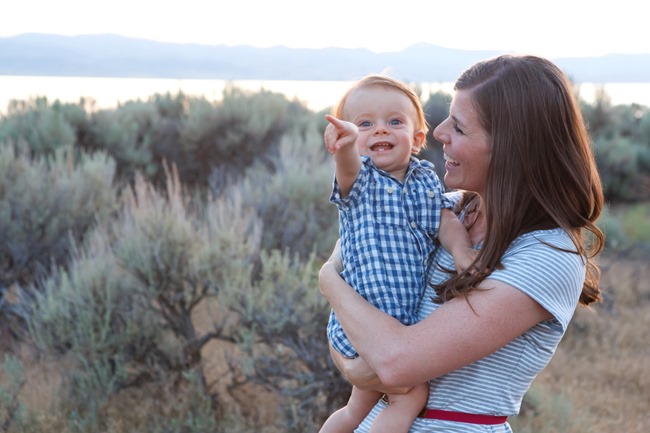 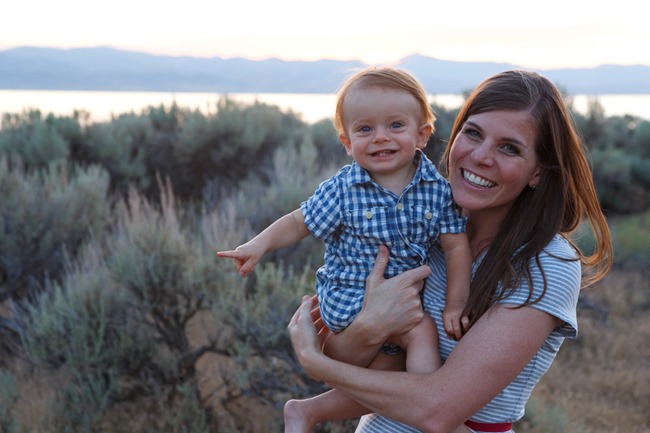 ian is absolutely mo’s favourite person on earth. baby boy still has just one word, and it’s “dada.” when moses and i stayed up at bear lake a few extra days without ian, each morning first thing moses would look around in the bed saying “dada” over and over. he is always so excited to see dad.

moses continues to have an insatiable love for reading books.

he also continues to constantly cross his ankles whenever he is sitting anywhere, which i just can’t get over the adorableness of.

when moses gets excited, he makes this hilarious hiss sound and points. he loves pointing. sometimes he points to specific things, but more often than not he just points any which way and hisses. when moses gets super excited, he buzzes his lips very energetically and spit goes flying! 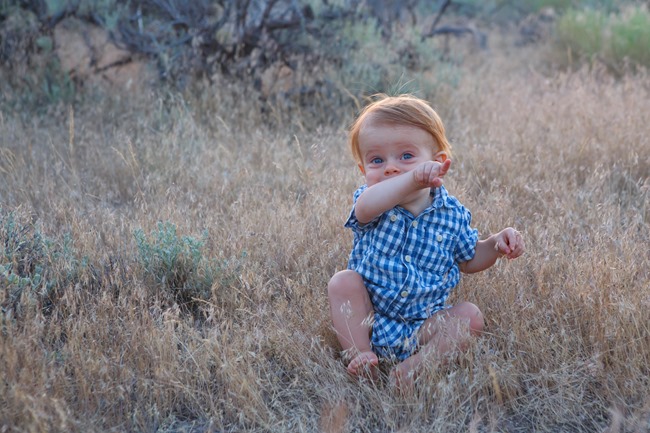 a couple of weeks ago, before sitting down for a meal, i said, “should we have a prayer?” and moses folded his arms reverently! ever since then he has done that every time we say the word “prayer.” it’s so so sweet and we didn’t actively teach him to do it at all.

moses gives big, slobbery, wide-open-mouthed kisses – but only when he’s in a lovely-dovey mood! (he will shake his head no if we request a kiss and he isn’t feeling it!) 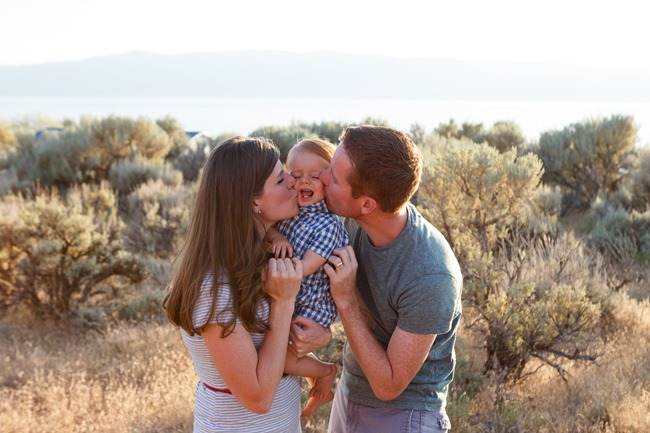 little mo has seven teeth – four on top and three on bottom (the third broke through right around his birthday). he loooooves eating and will eat most anything (but occasionally gets a bit picky).

moses has a thing for shoes. he just really enjoys trying to get shoes of any size onto his feet - including my flip flops - haha!

ever since moses was a tiny baby, he has been so so expressive. he continues to pull all kinds of different faces (as evidenced by these photos) and definitely wears his heart on his sleeve :) 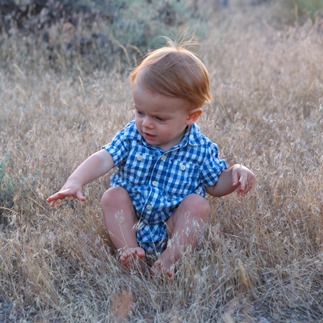 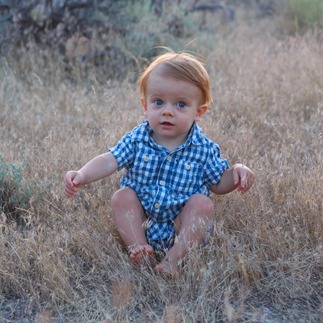 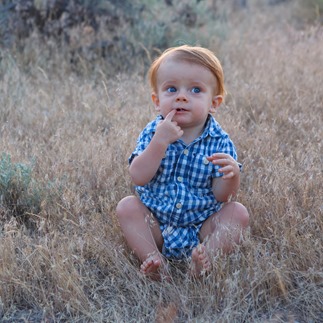 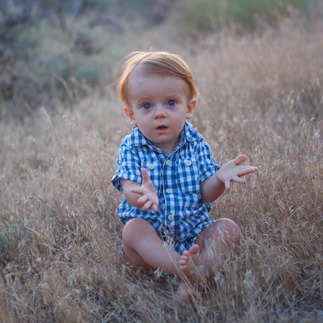 one of mo’s favourite things is bath time. he gleefully splashes and isn’t bothered in the least by water being poured on his head or bonking his head on the porcelain while spinning around the bubbles in delight.

we’ve tried to have baby boy use his binkie only at naps and bedtime lately, and he’s done really well with that. he has this little stuffed hippo attached to a small fuzzy blanket that he always sleeps with and absolutely adores. as soon as i put him down in his crib, he reaches for hippo – even if he’s basically already asleep.

moses’s babbles are the cutest! sometimes he gets really chatty and just can’t stop speaking his adorable little language.

when moses wants something done, but realizes he can’t do it on his own, he grabs our hands and guides them to the button/page turn/toy retrieval he is going for. he also likes to hold my finger and direct me to point at things.

little mo continues to be a fantastic traveler and now has been on about thirty flights. he’s very adaptable and flexible for the most part (this most recent bout of jetlag has been rough, though) and he seems to genuinely really enjoy seeing new places and having new experiences. we love our little travel buddy! 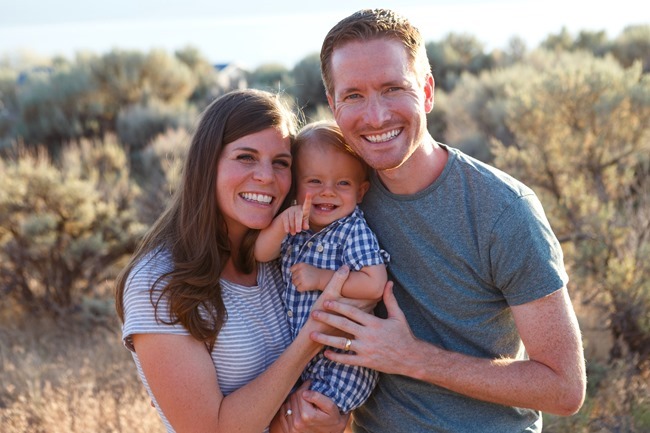 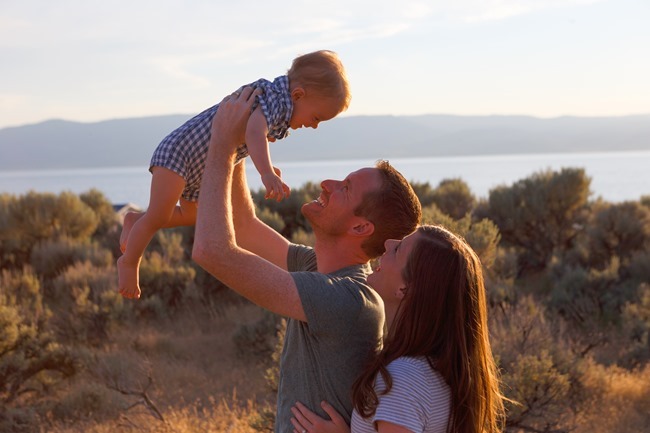 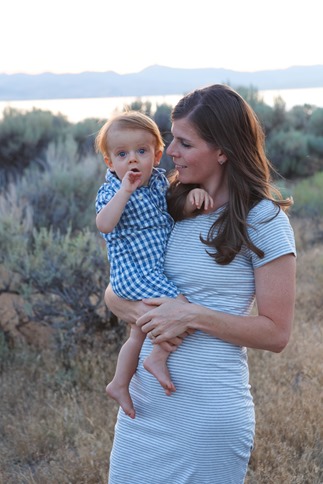 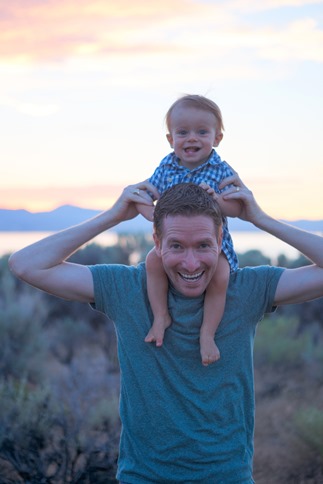 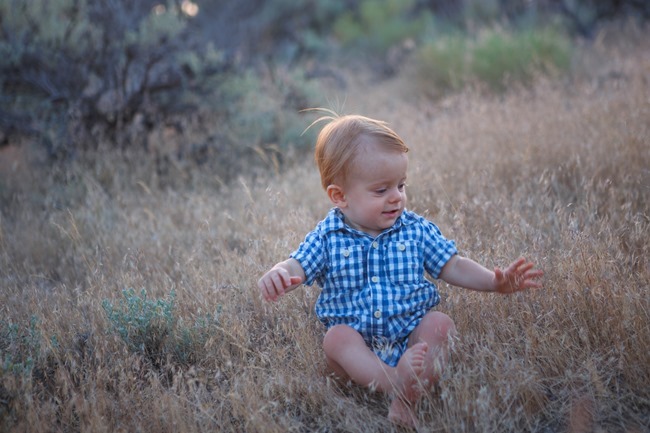 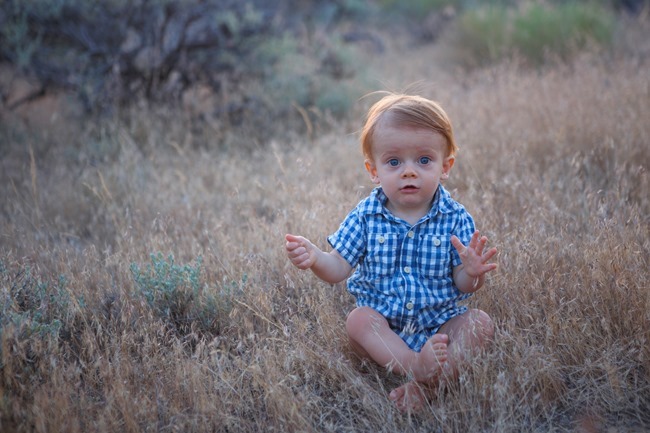 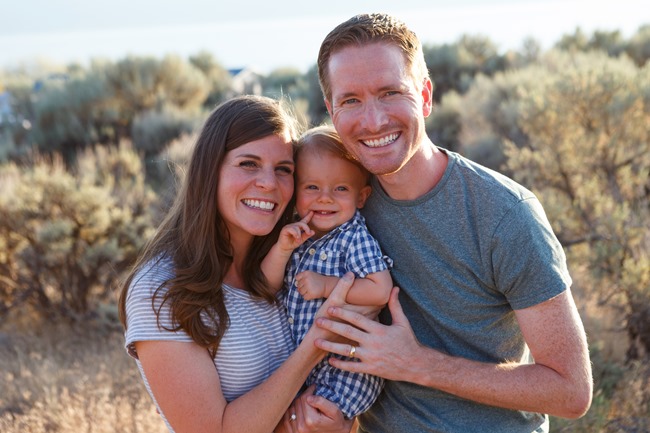 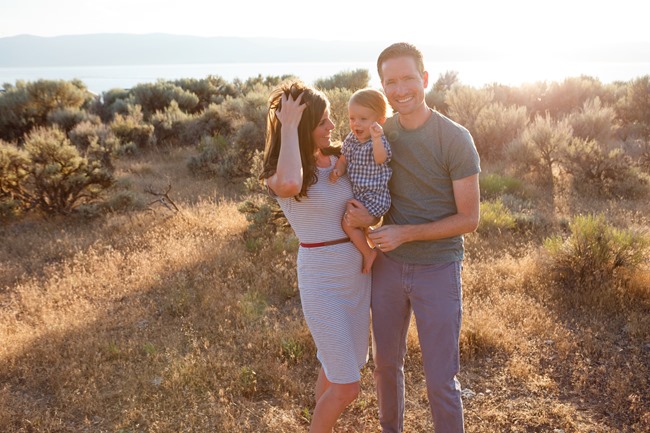 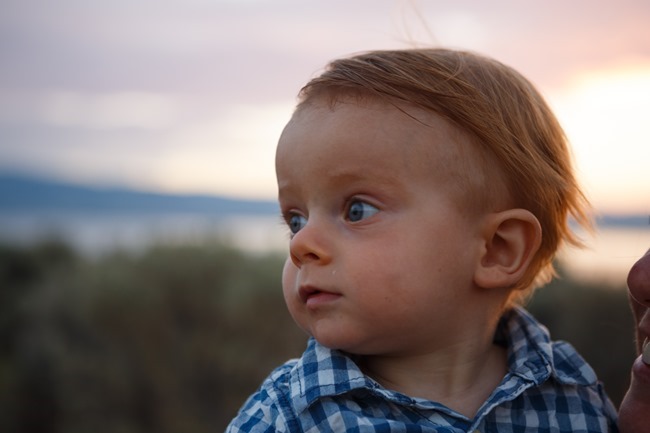