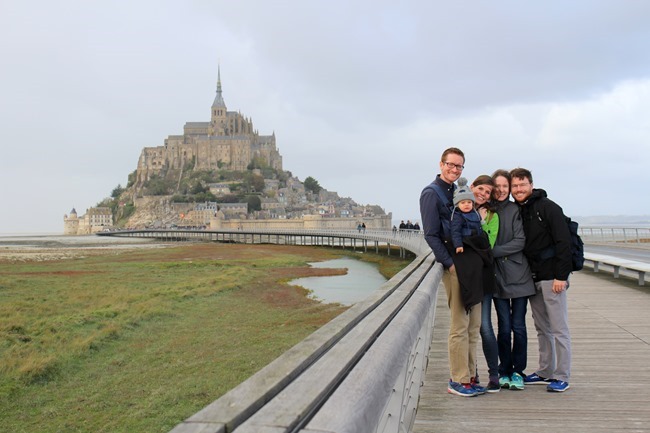 have you heard of mont saint-michel? i first learned about this place in 2007 when i traveled around europe a bit following my study abroad in the holy land. one of my best friends from wellelsey was living in the south of france and suggested that, after i visit her, we go to paris and mont saint-michel together. we actually ended up just staying in provence, but my interest in mont saint-michel was super piqued. ever since then, i’ve really wanted to go to that super unique spot on earth.

mont saint-michel is an island that sometimes isn’t an island. at high tide, the rock walls that surround the abbey-topped old village are surrounded by ocean. but at low tide, they are surrounded not by water but by sand. isn’t that fascinating?! today, there’s a causeway built that allows one to walk to the village regardless of the tide, but back in the day access was ruled by the pulling of the moon. and the little island-non-island, with its stone buildings and walls, is so beautiful and charming!

during our normandy trip, on sunday after church, my decade-old intrigue was satisfied by a quick visit to mont saint-michel. it was a particularly memorable experience because, while walking down the causeway, we got stuck in the craziest sudden wind and rain storm. we were drenched through to our skin by the time we reached the village walls! luckily the storm passed and we were able to enjoy the wonder of this place for a bit before we were just too chilled-to-the-bone and left.

after cooking and eating dinner at the close-by apartment we had rented for the night, and after putting moses to bed, ian took sarah and michael back to the mont to see it lit up … and then he came back and picked me up for the same little trip :) i’m so glad we did that! it was pure magic to be back on the causeway and the turreted walls (under clear skies this time!) at high tide and at nighttime. the same spot, but totally different – dark, surrounded in water, and devoid of tourists. it was actually tremendously romantic and a real treat for ian and i to have a little one-on-one time in an enchanting place. 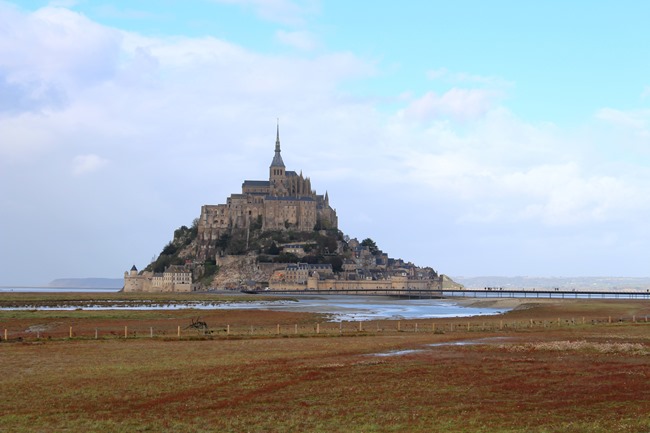 ^^ approaching the mont – those blue skies are deceiving. about fifteen minutes later we were being pelted by huge whipping rain drops. it was crazy! ^^ 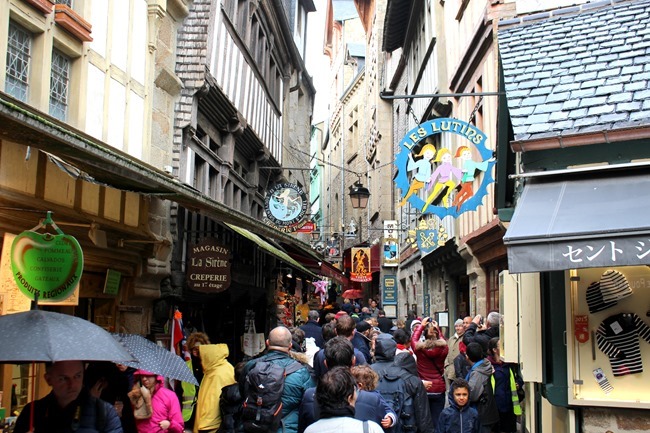 ^^ the crowded main street through the village. ^^ 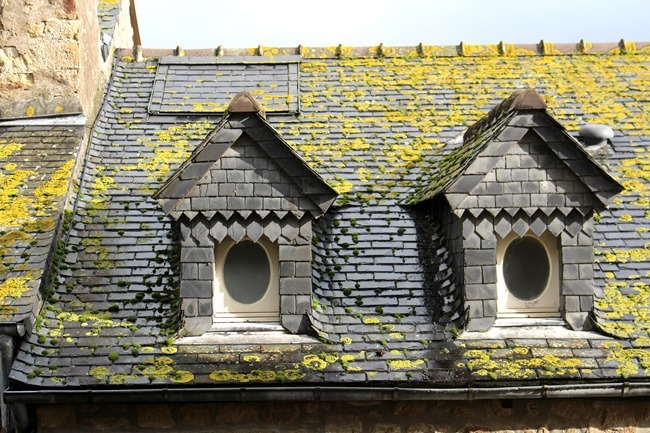 ^^ i have a weird obsession with moss and mont saint-michel really delivered on that front! ^^ 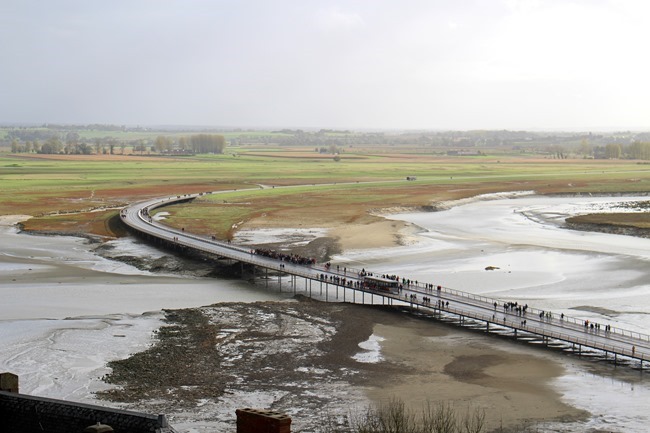 ^^ a view back across the causeway from the abbey. ^^ 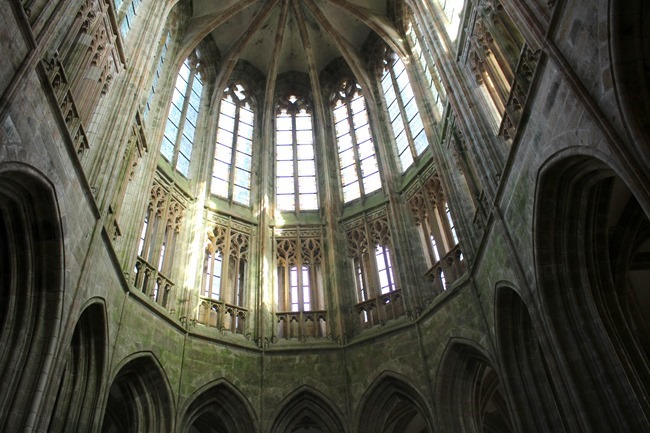 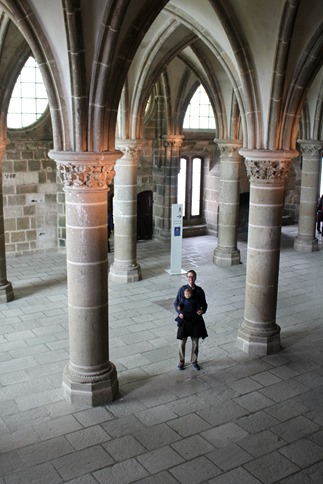 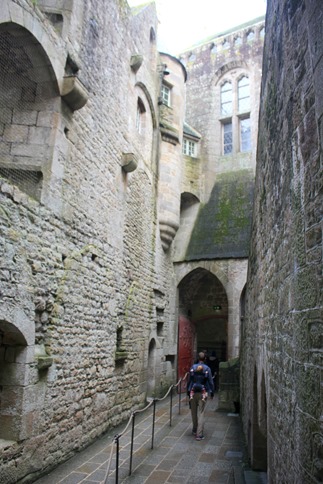 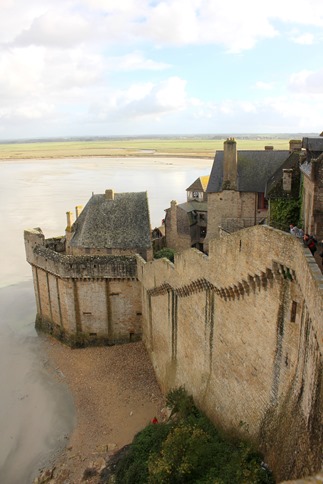 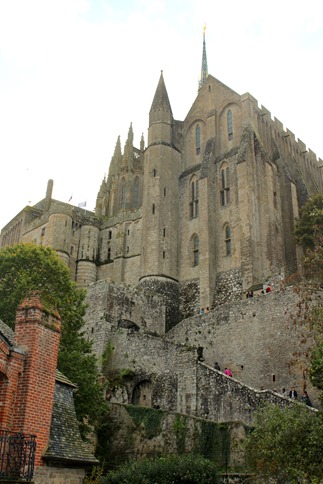 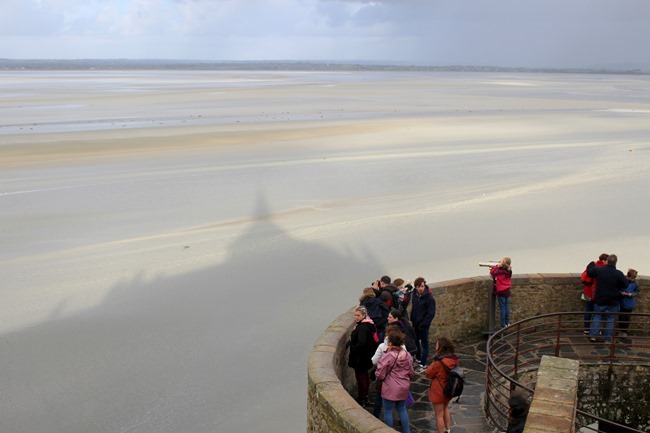 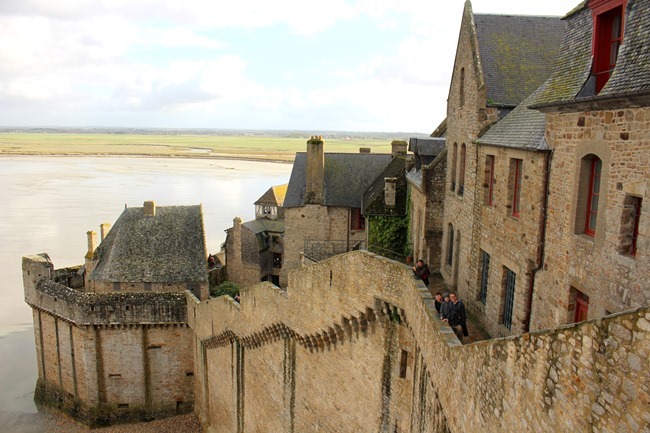 ^^ can you spot sarah, michael and ian walking along the walls? ^^ 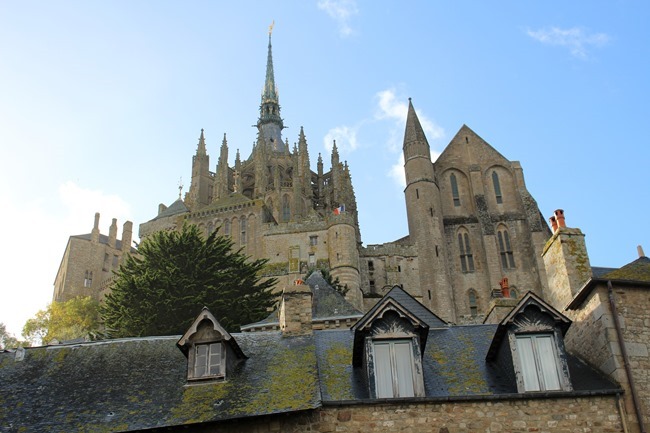 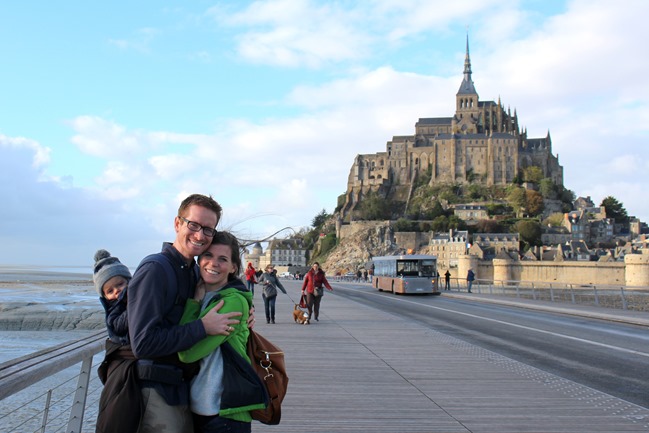 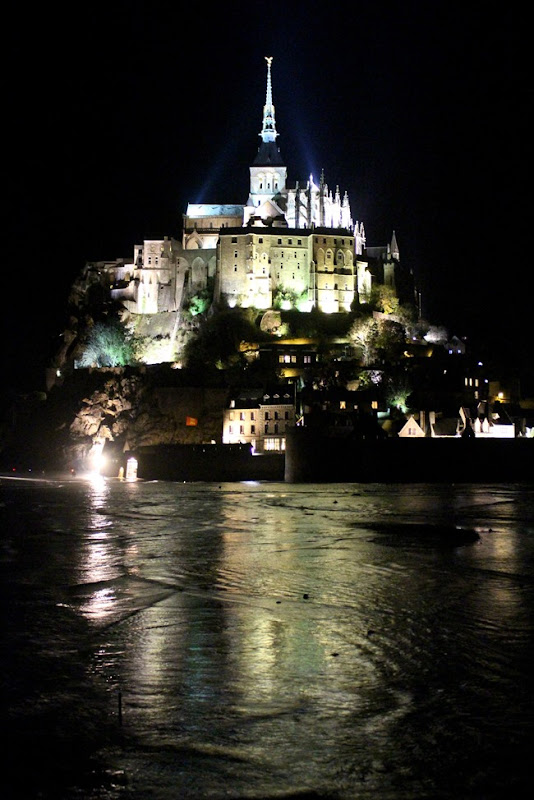 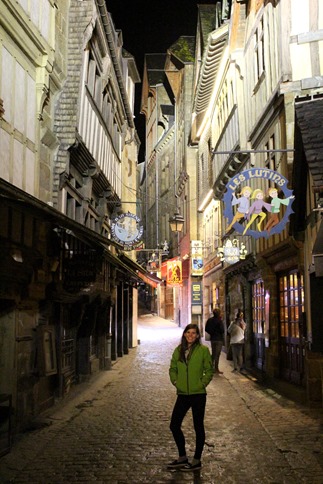 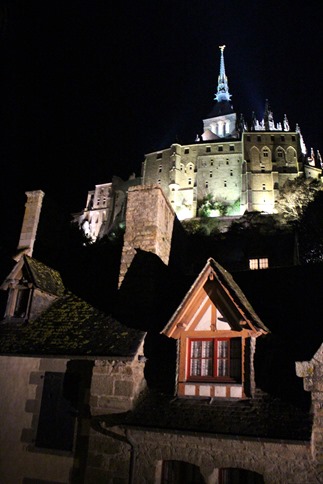 mont saint-michel totally lived up to my long-anticipated expectations. 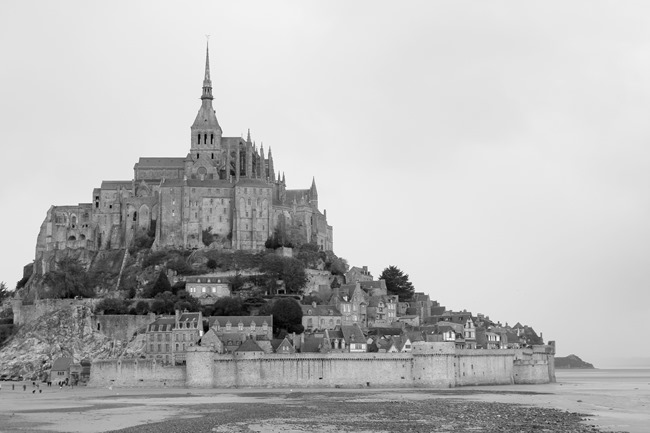