ten thoughts on a wednesday |23| 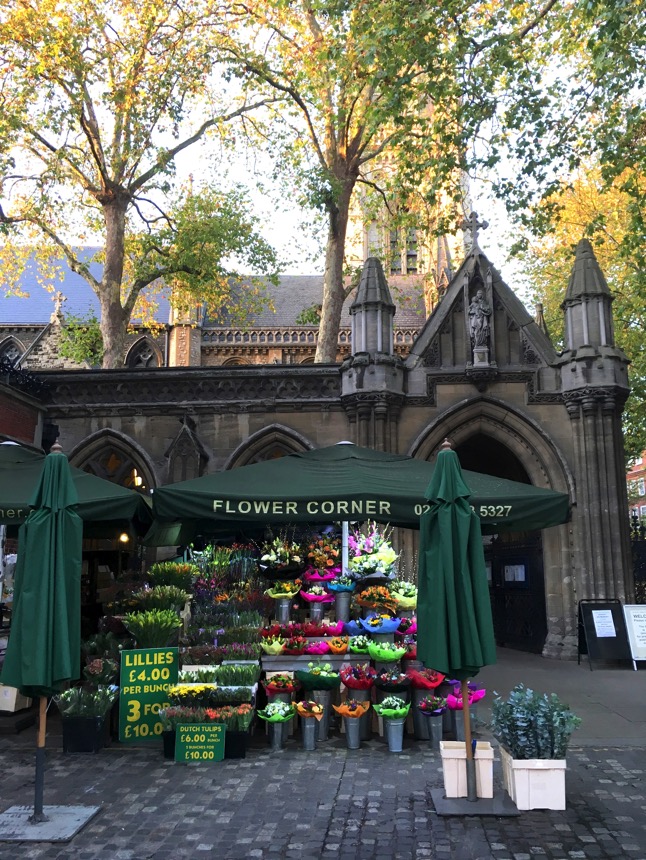 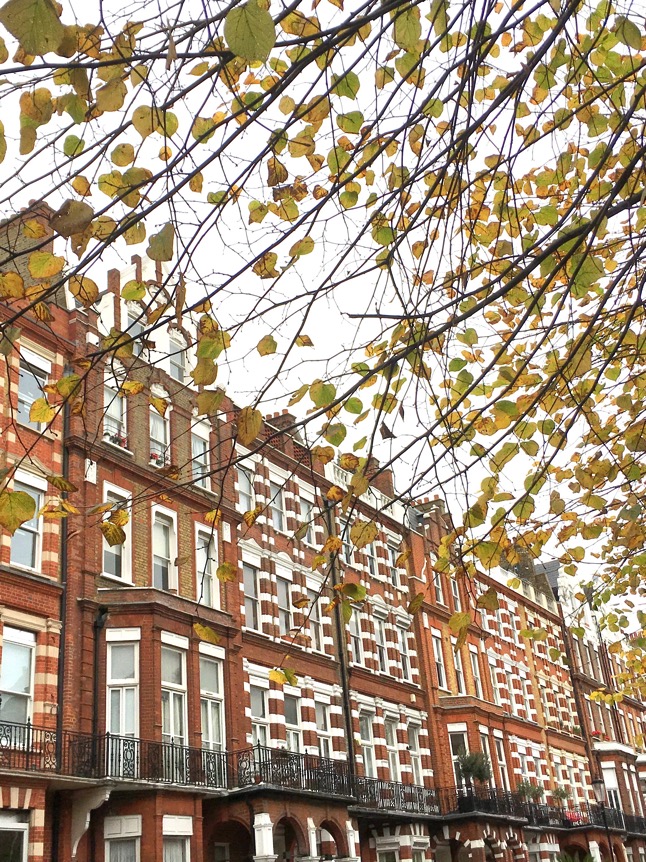 one.
thank you for the excited congratulations on our baby news! we are feeling thrilled and grateful … and a tiny bit overwhelmed about the future of two kids under two! :)
we actually didn’t intend to announce our pregnancy to the world for a little while longer, but on monday afternoon my dad let me know that he had sent a mass email to all the (thousands of) subscribers of he and my mom’s website, and told me he hoped i didn’t mind that it was signed, in part, from “charity and ian +1.5 in london.” (he mistakenly thought i had already made a wide-reaching announcement.) well, i did mind … kind of a whole lot! i guess it seems kind of silly, but i had spent a lot of energy thinking about how i wanted to share our news on the internet, and i wanted ian and i to be able to do it together, in our own time (and in a fun and clever way). you only get to do this type of thing a very few times in your life! my dad assured me that no one would notice, but within an hour messages started rolling in from people inquiring about that “1.5.” and so ian and i quickly decided we had to make an announcement right away, to avoid our exciting secret being revealed on a closer-to-home scale by some stranger (i love all of you, dear blog readers, but i’m pretty sure that while i was sleeping that night here in london, someone out there would leave an exposing comment on this blog or elsewhere on the internet!). i scrambled to find a picture that i could post had that an ultrasound photo in it, while all my dreams of a cute and thoughtful reveal went down the drain - ha! and then i hastily posted that random selfie of ian and i outside the hospital after our first scan.
i’m already looking back at this experience and chuckling … but it really was quite upsetting in the moment! we are looking forward to sharing more about our baby (due date, pregnancy so far, birth plans, preparing for having two kids, etc etc) but now that dad’s got the very clear message that all of that is our news to share, i’m going to save that info for next week’s wednesday thoughts post :)
(love you so much, dad, and i know i said i would lay off the guilt trip… :) )

two.
a few things i have been thinking about connected to strengthening my marriage, and myself:
be the person you want your spouse to be.
your spouse's issues aren’t your fault, or yours to fix; and vis versa.
praise breeds confidence, which makes most relationships better.
empathy is hugely important - consistently work to really put yourself in others’ (especially your spouse’s) shoes.

three.
random rewind memory to share: when ian’s sister sarah and her husband michael were in town last month, we met them at the tower of london one night to watch the roadway of the tower of london raise as a big ship came through! i've always wanted to see this happen, but just have never made it to a scheduled opening. and it was really cool! pretty neat to think about the feat of engineering that bridge was when it was built long ago. and it’s just so beautiful - the second best bridge on planet earth (can you guess what i am sure is number one??). 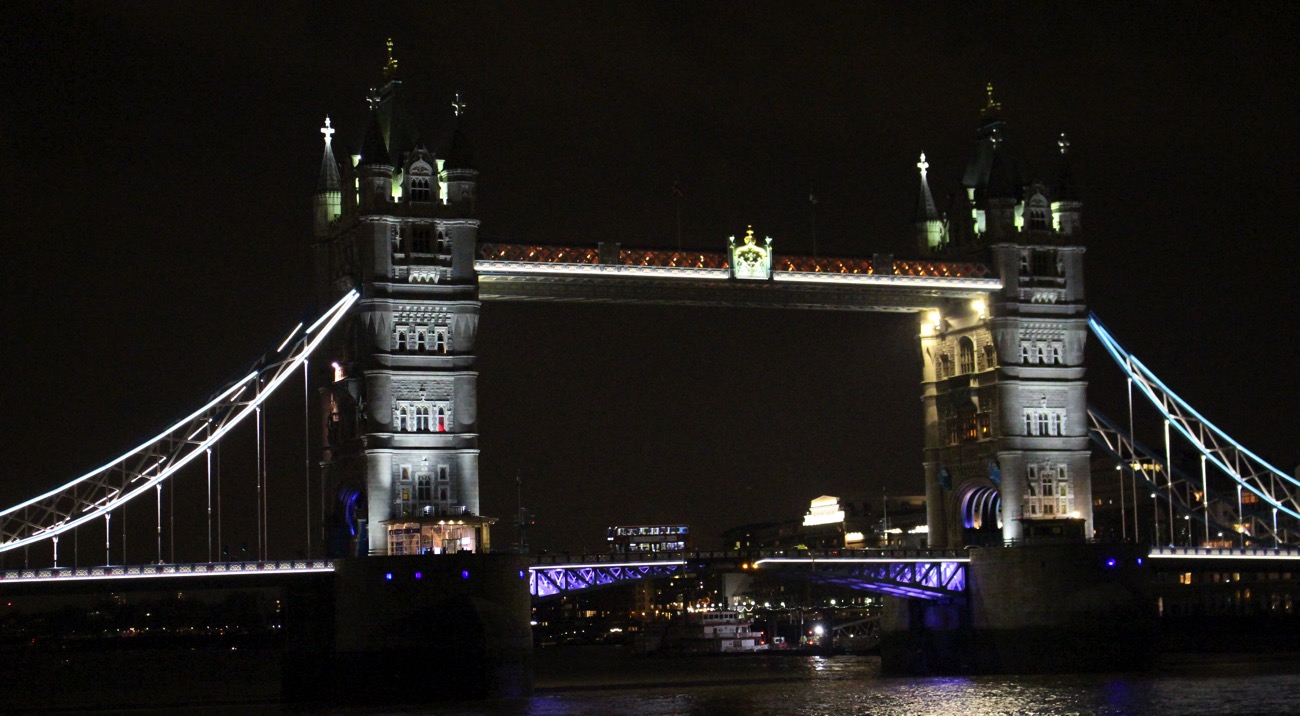 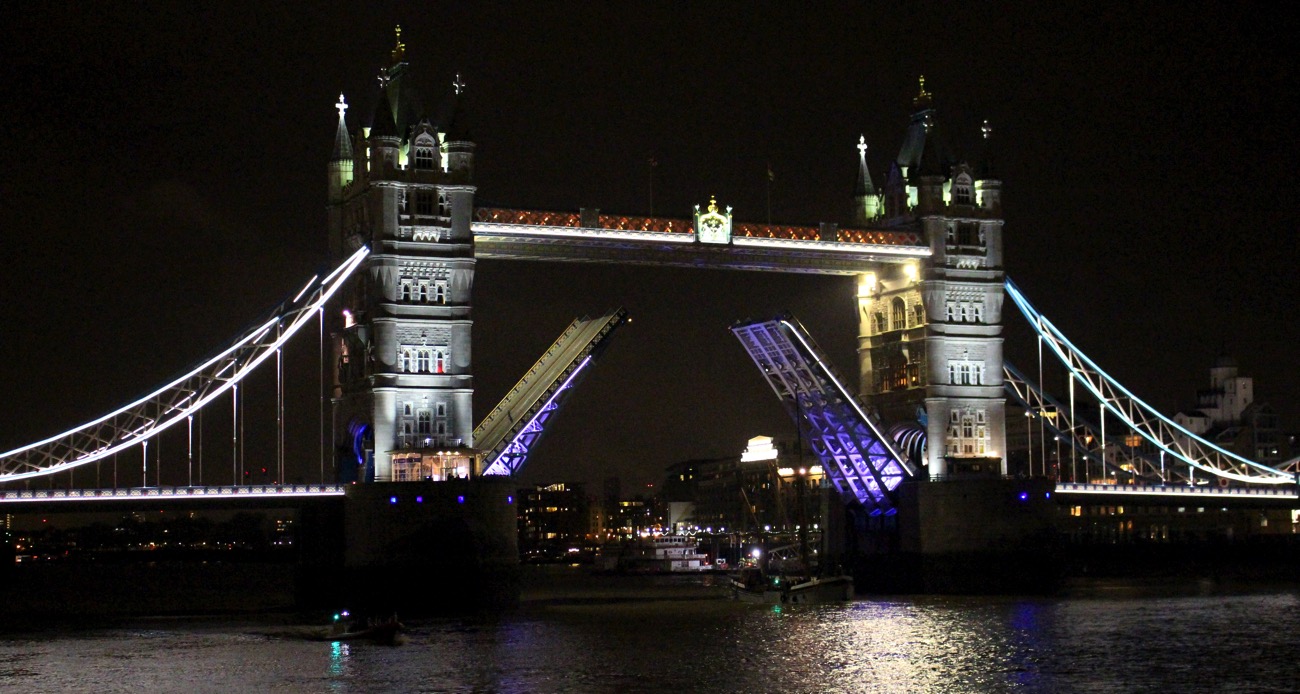 four.
christmas has officially arrived in londontown. i used to be the most staunch not-until-after-thanksgiving/don’t-dilute-the-magic christmas fanatic ever. but after spending two christmases in spectacularly christmassy london, i’ve decided to fully embrace pre-december christmastime. i realize now that i can still hold onto the wonder of thanksgiving, and just allow the magic of christmas to be extended rather than diluted. over the past week i have gone to four christmas light switch-on events and have taken moses to see a few spectacular christmas window displays. the old me is rolling over in her grave, but the new me is positively giddy!
but don’t worry - even though we live abroad and in such a early-to-christmas-stuff city, i’ve made sure we are properly celebrating thanksgiving — we have our thankful tree up and growing in the entryway of our new flat, we are going to a big pie party with a bunch of friends this weekend, and we’re having the whole traditional feast the saturday after thanksgiving with our dear family friends outside of london (and i’ll definitely make a modified thanksgiving dinner on the actual day to enjoy with ian after work!). 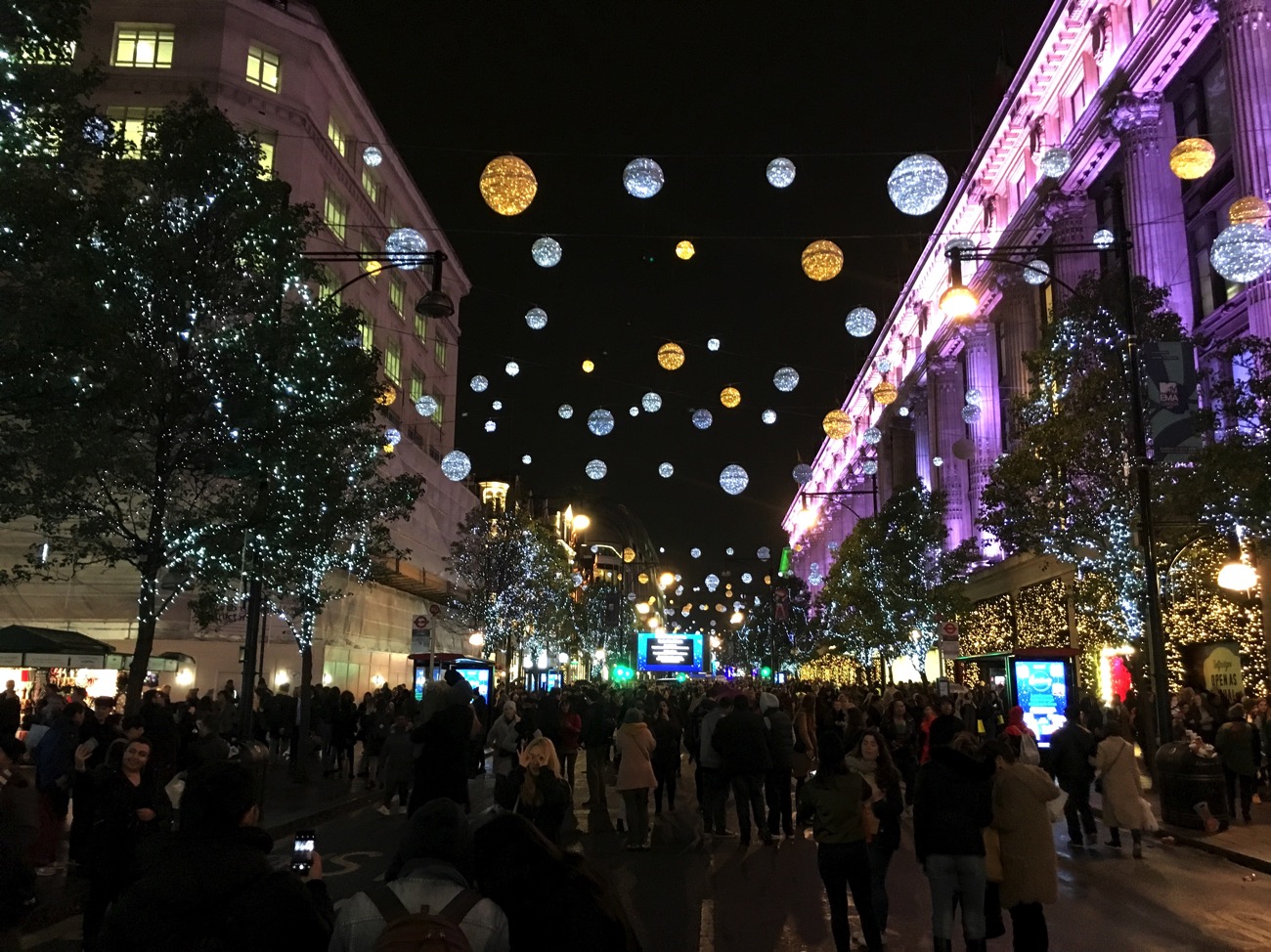 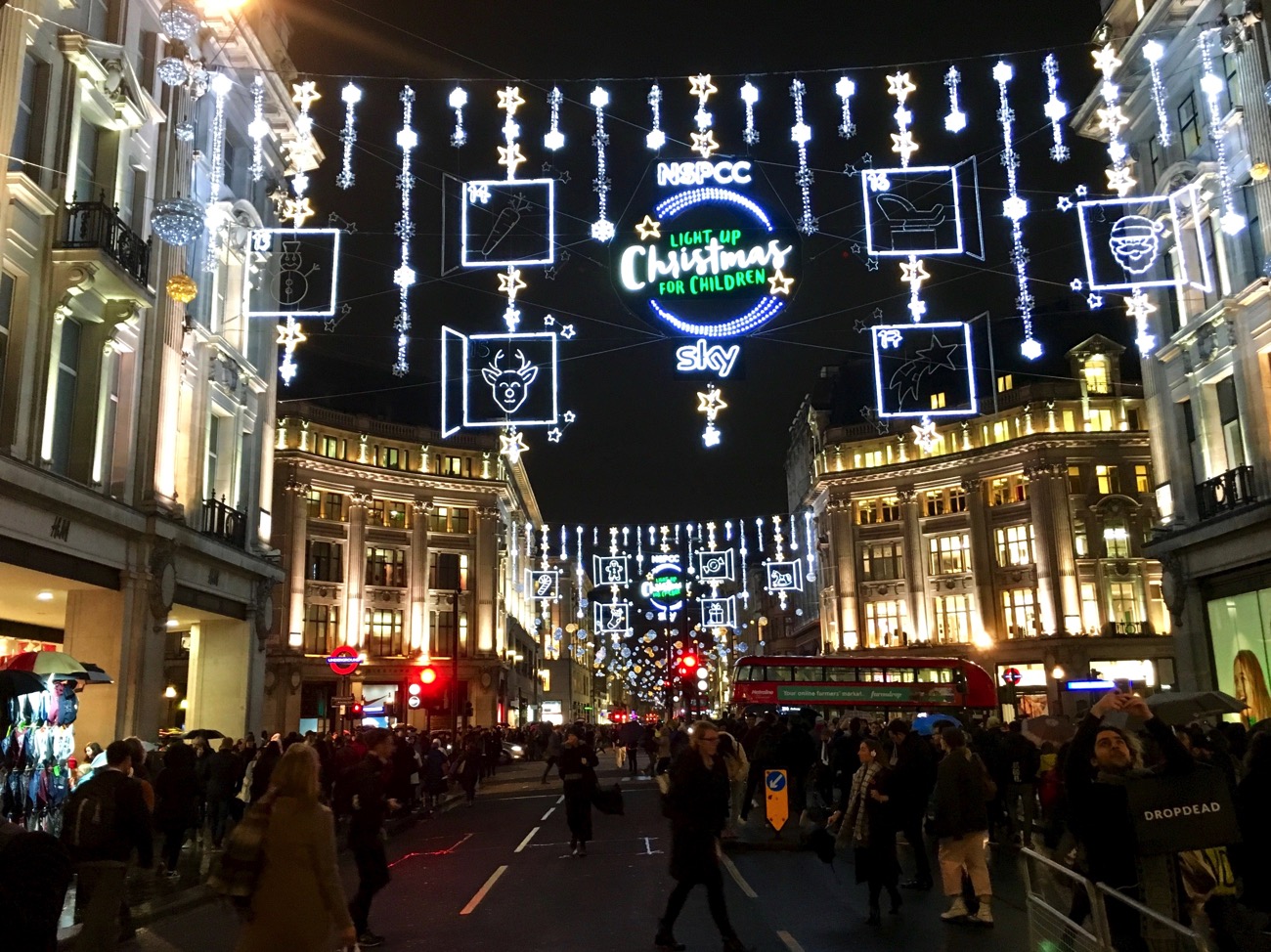 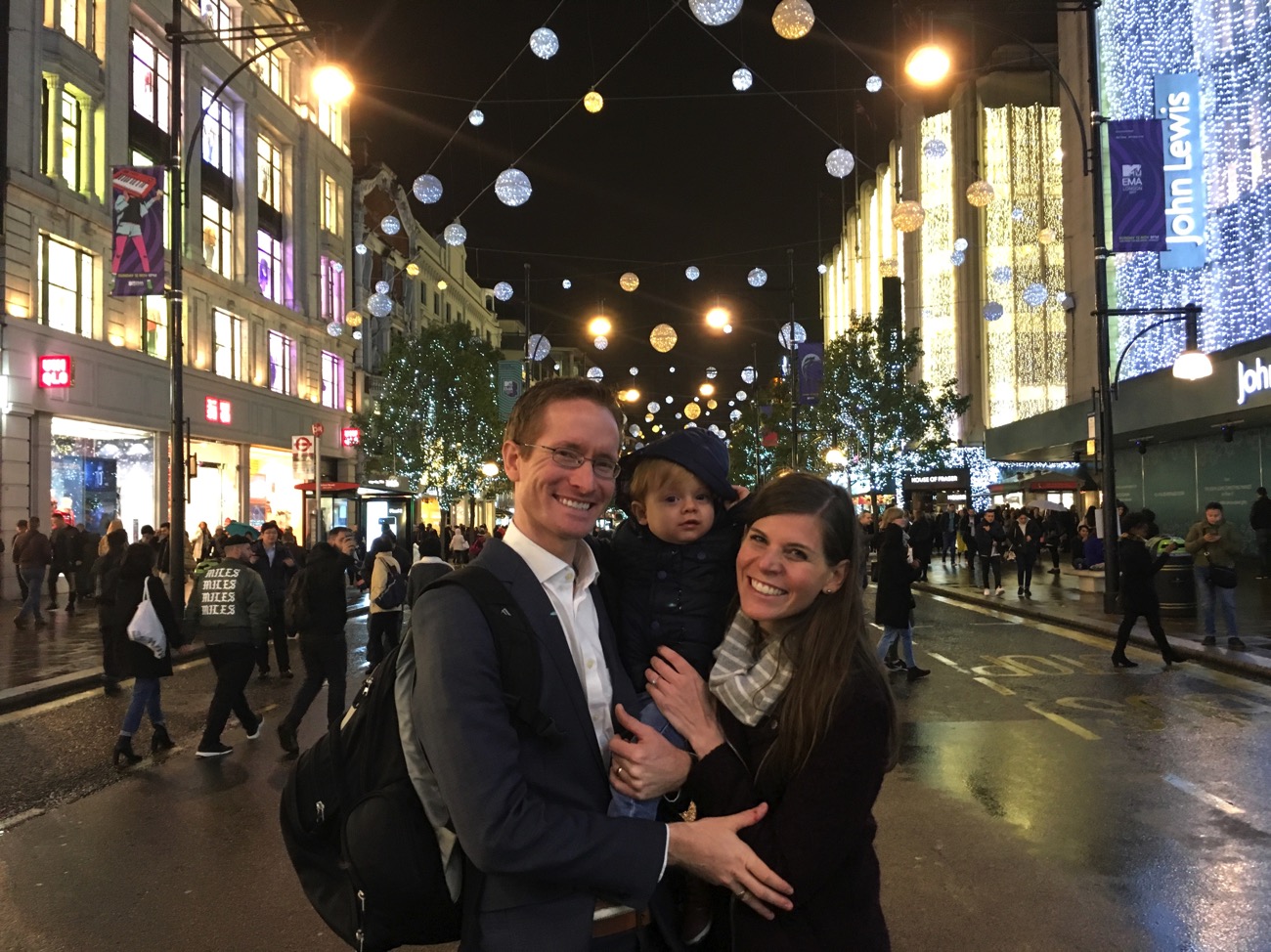 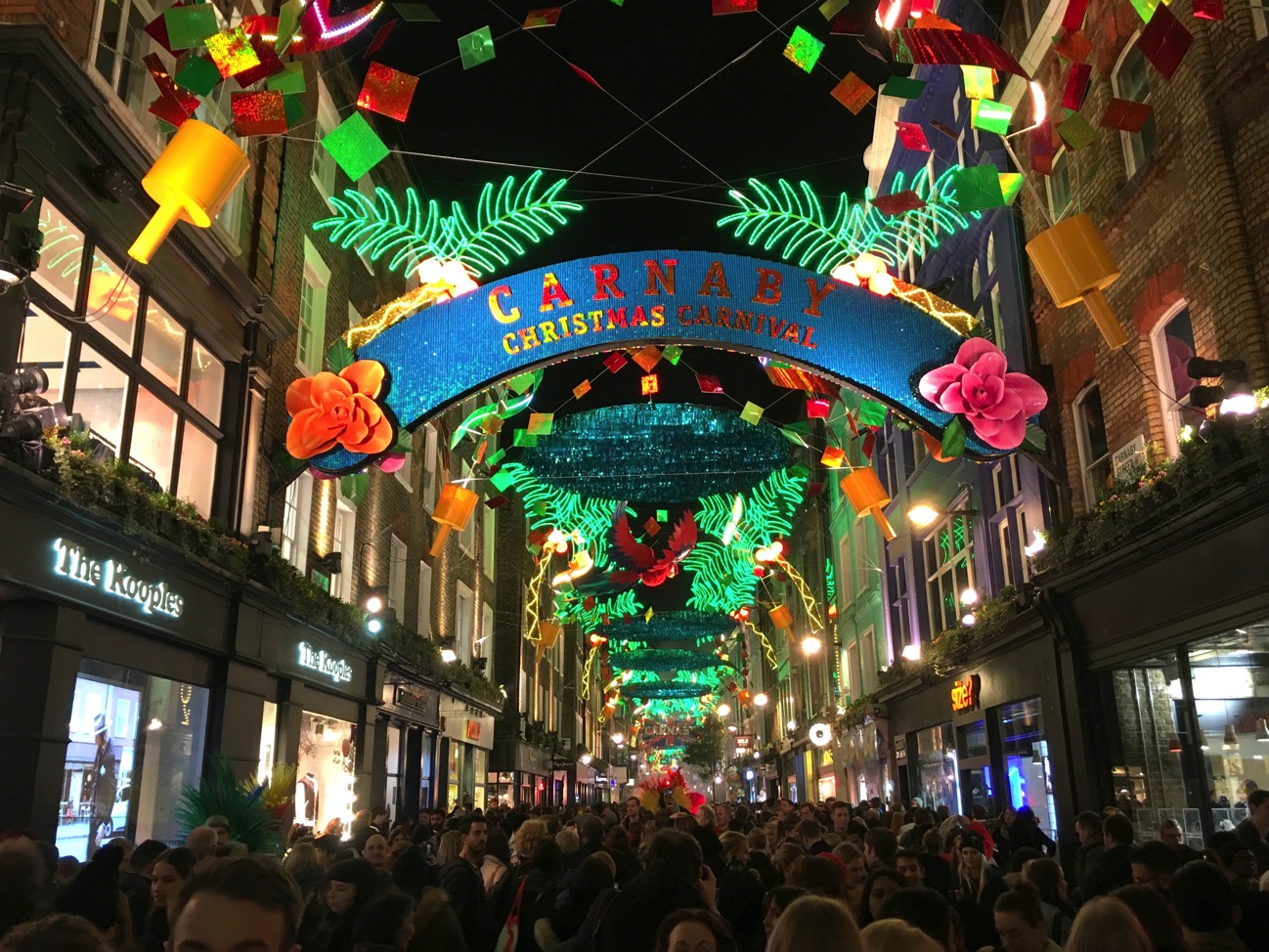 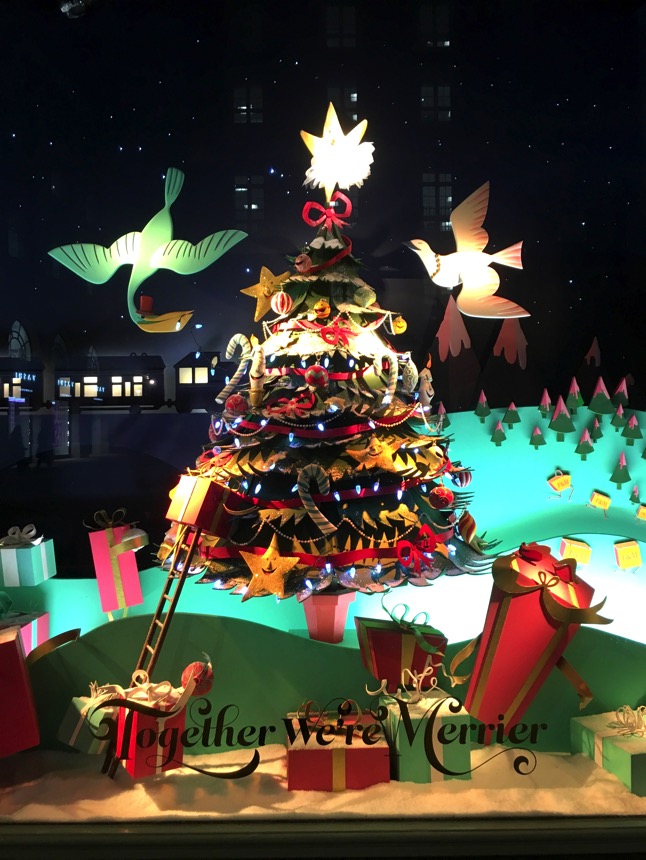 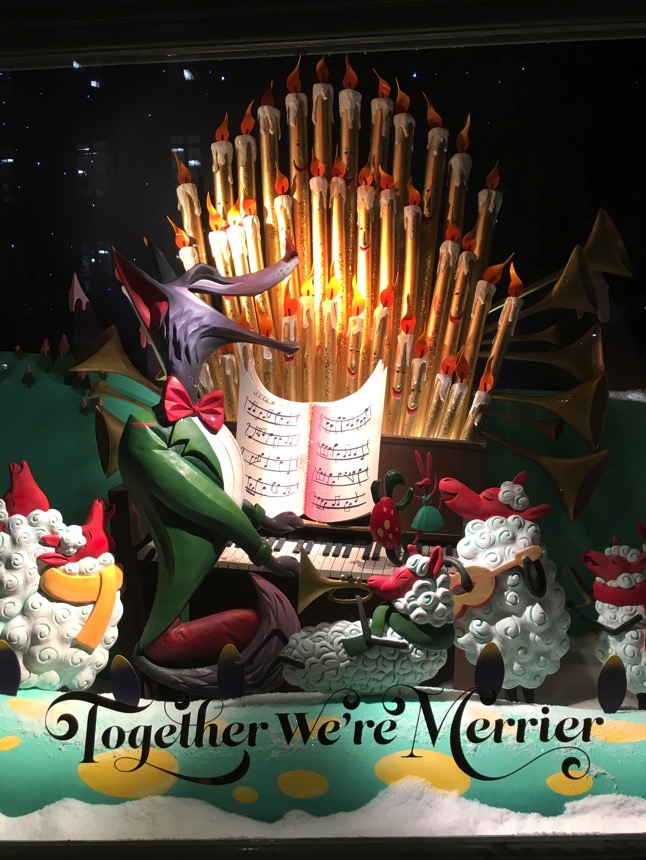 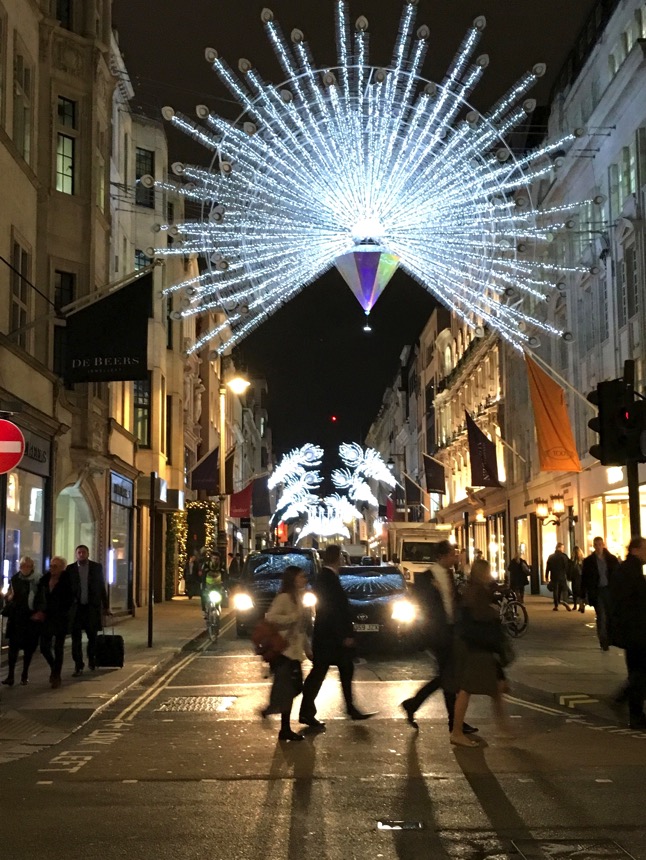 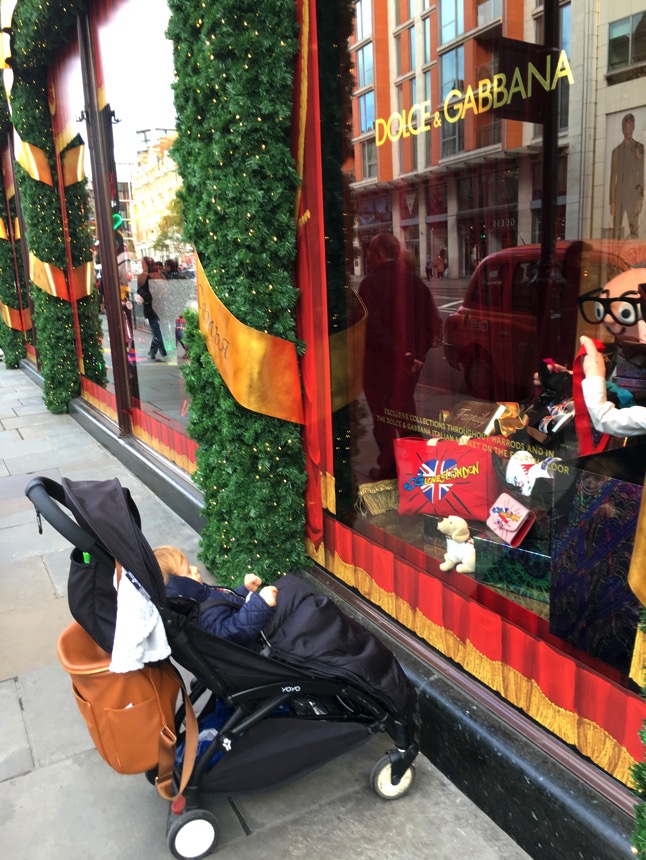 ^^ my favourite christmassy street in london - old bond street! // the windows at harrods! moses is obsessed. ^^ 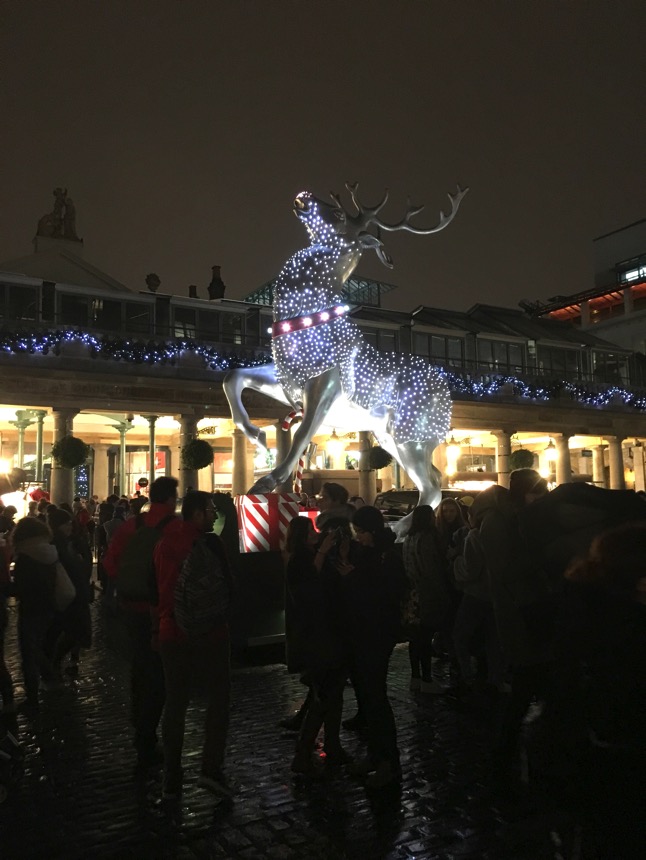 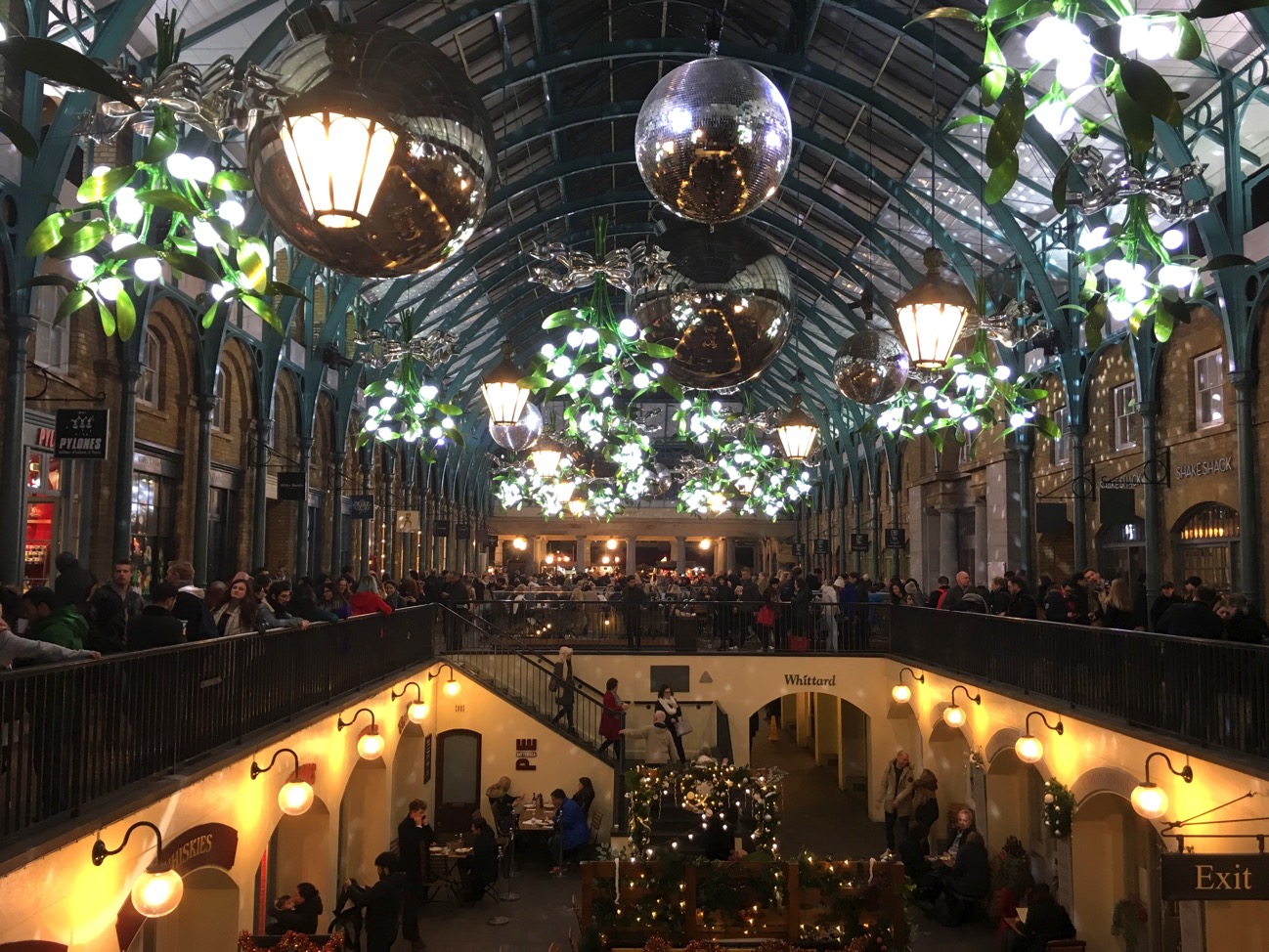 ^^ covent garden lighting last night - so fun (and a little surreal!) to be in our old neighborhood! ^^ 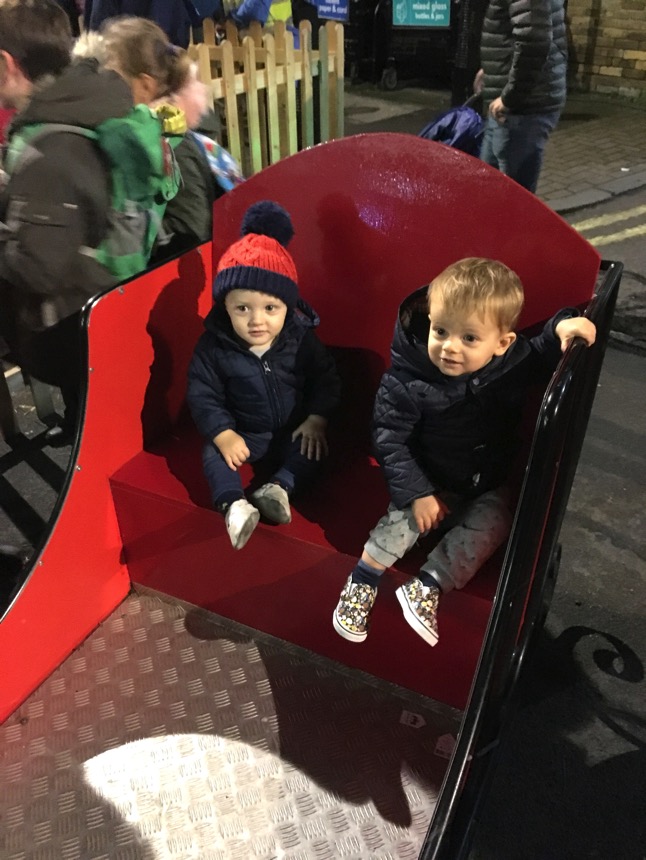 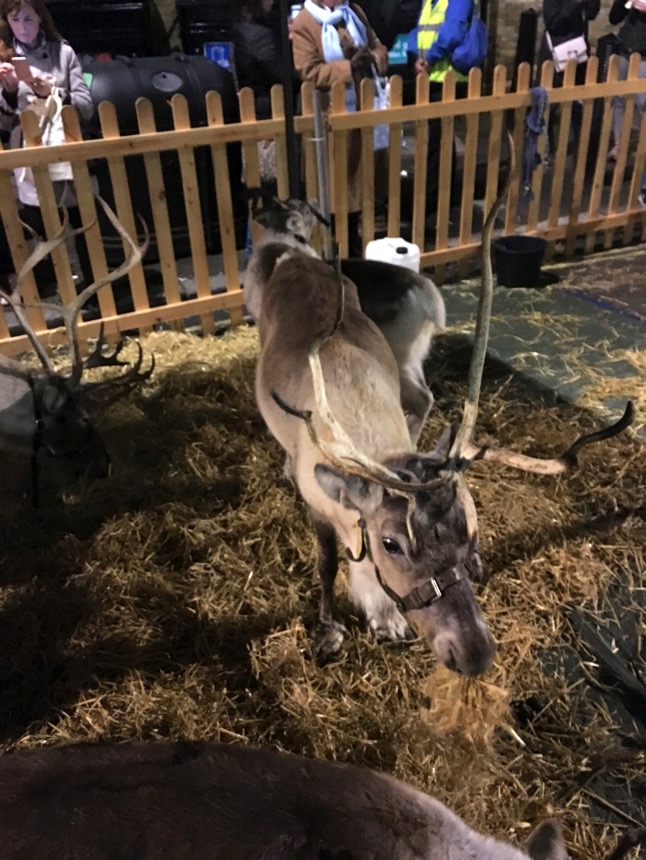 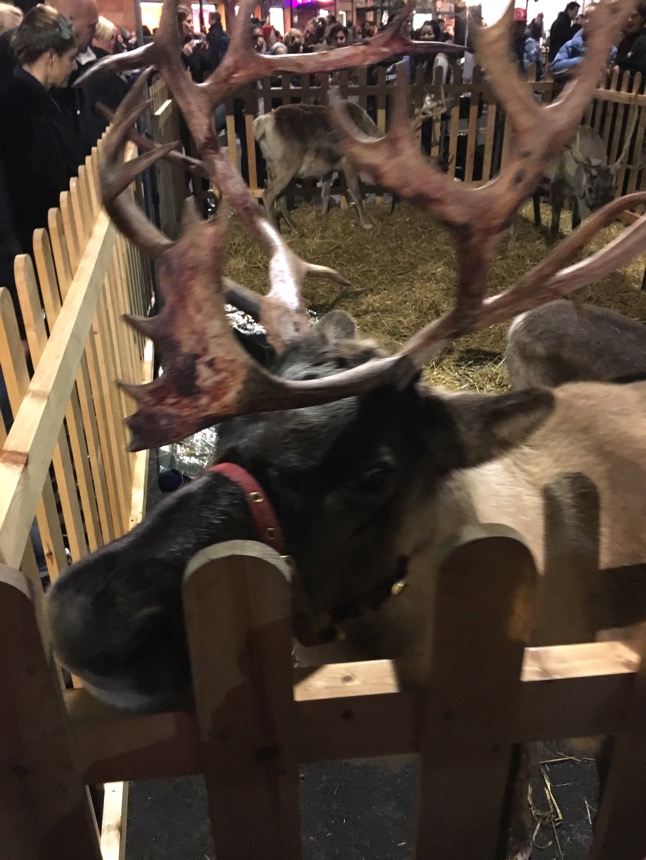 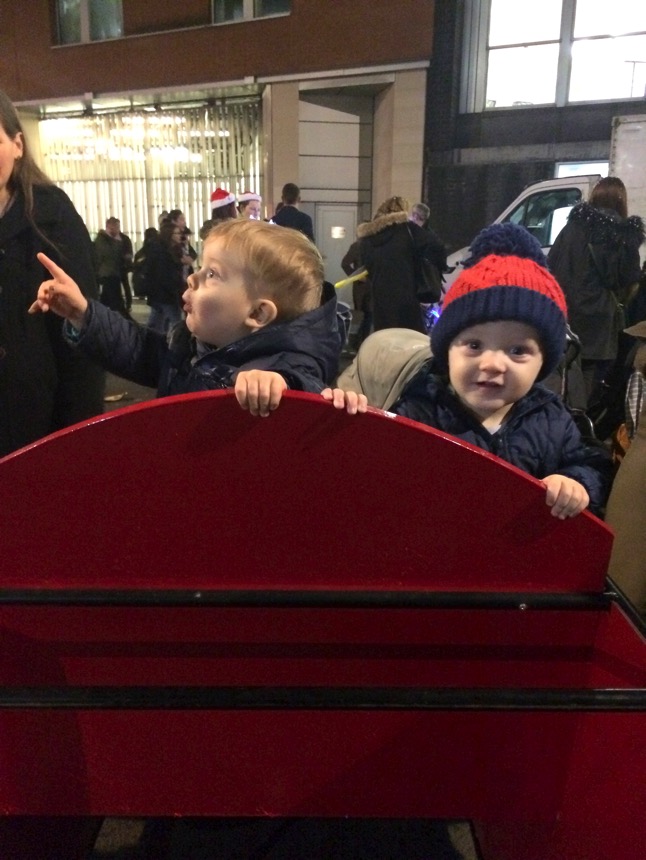 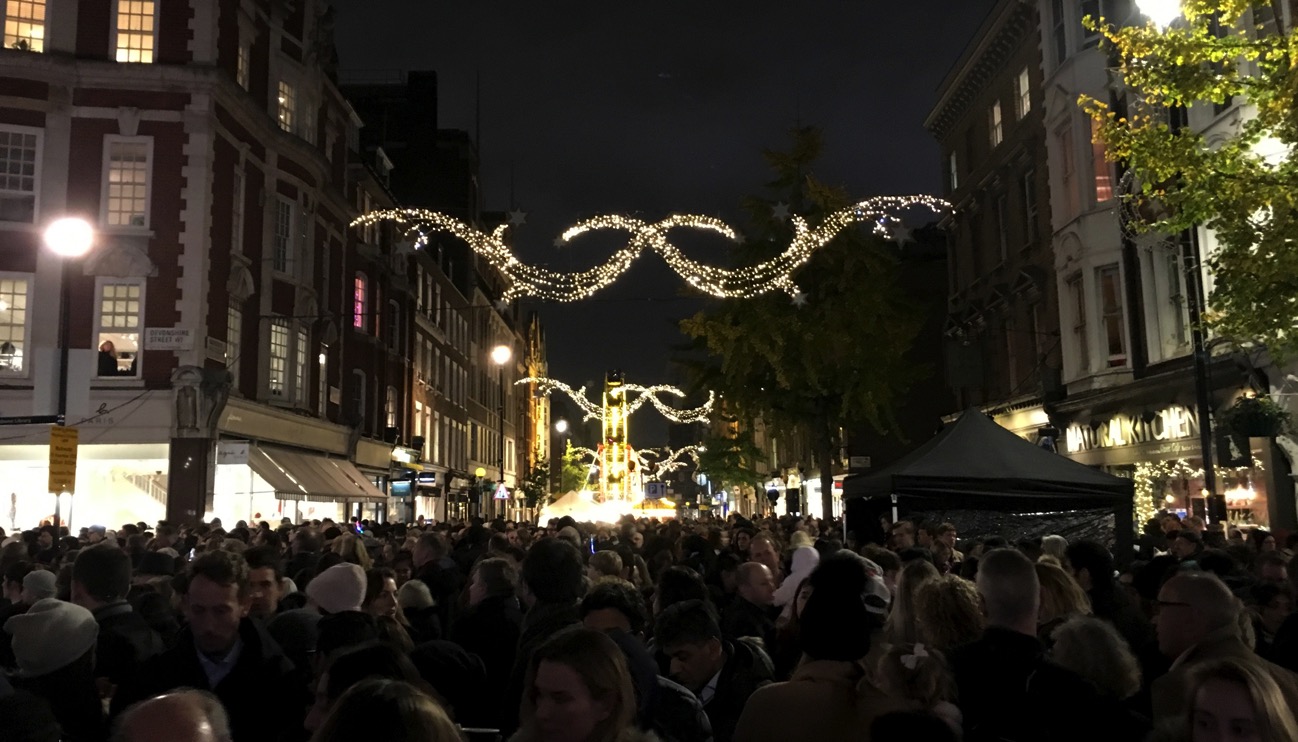 ^^ marylebone street fair and lighting tonight. they had santa’s sleigh, fake snow falling, and real reindeer! little mo and his friend samuel were loving it! ^^

five.
i have three new mantras i am trying to live by more these days:
“comparison is the thief of joy.”
“expect nothing and appreciate everything."
and
“it’s always better in the morning."

six.
one specific thing i was sad to leave in our old neighborhood was my gym. it was just a 3 minute walk away from our flat and had all the basic equipment that i like to use (as well as regular classes), and it was so cheap (this is extremely hard to find in london). i considered joining a new gym close to our new flat, but it was more than twice the cost of the old one and significantly smaller … so i decided to try something different for exercise over at least the next few months. i have been waking up early most mornings and working out in our living room using the app “sworkit,” which just tells you different strength training or cardio exercises to do in timed intervals. i also have been going to a weekly workout for a bunch of moms led by a friend at our new church building - it is awesome because all the babies/kids have a blast playing together and with all the toys at the church while the moms exercise together (and chat for a long time afterwards!). and i’ve gotten back to the mat and started attending yoga classes occasionally again. i am always so blissed out after a good yoga session - it makes my mind and body and spirit so happy!
i am incredibly grateful for my healthy body - especially as i carry this tiny babe in my belly!

seven.
i am trying to wrap my head around this: a bunch of hollywood moguls are accused of sexual assault, therefore they are completely shunned by everyone in their industry and despised by the general public; donald trump was accused of sexual assault and caught on tape bragging about it, therefore he was elected president of the united states. what?! man, that election that happened last year is still surreal, and from where i stand, it just keeps getting weirder.

eight.
a few tidbits about moses:
he is really settling into his new home. we think he was pretty confused the first week - it probably felt like we were on a trip, but all of his stuff was there?! but he just adores all the extra space in our new flat and has now explored pretty much every nook and cranny. he loves to climb inside a nearly empty cupboard in the kitchen, and now we call it his “clubhouse.” he hangs out there while i cook :) he has also discovered that our downstairs neighbors have a cat that hangs out in their back garden. he is so excited to see the cat out the window in our bedroom, it’s almost painful.
he has started signing “i love you” by rubbing his hand over his heart. it is the sweetest thing ever!! his communication skills are improving so much every day - he is saying more words, following more specific instructions, and figuring out all kinds of ways to get what he wants to say across :)
i gave him a haircut in the tub last sunday night. let’s just say i did a better job last time…
he has out of the blue become a picky eater, which is frustrating! anyone out there have tips on how to help him enjoy feeing himself more than just crackers and fruit?! 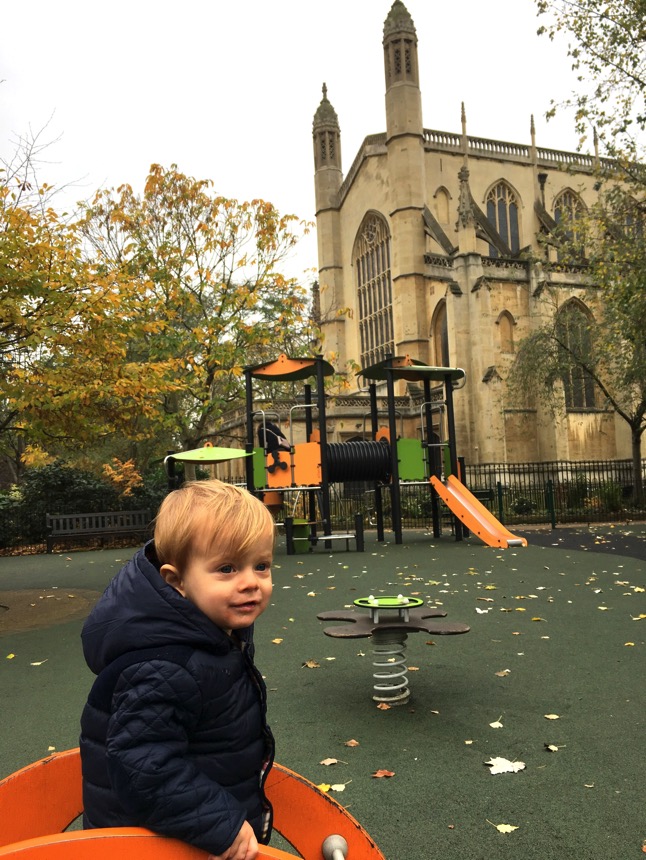 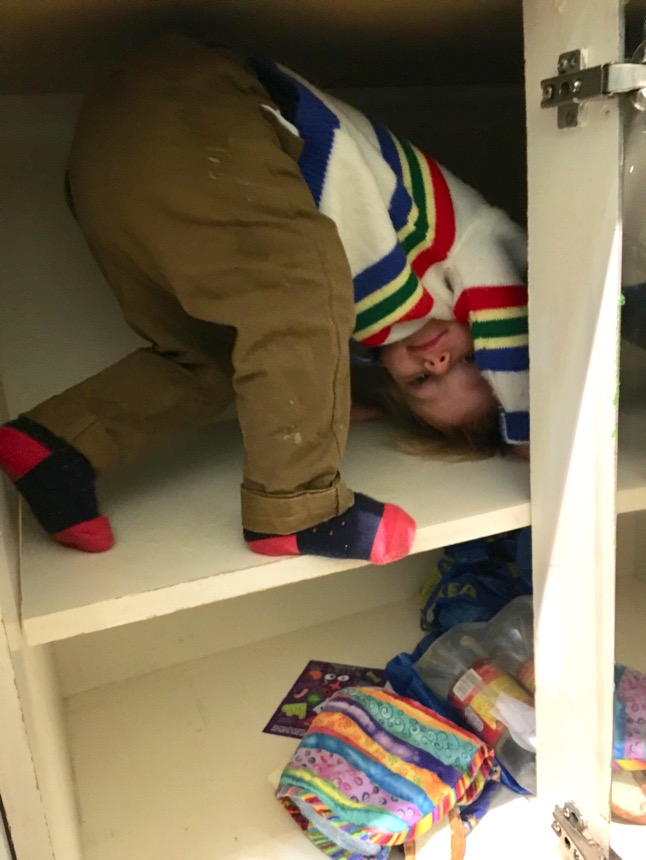 ^^ moses playing at an awesome playground we discovered, and hanging out in his “clubhouse” in the kitchen! ^^

nine.
it’s really starting to be winter here in london. the trees are getting more and more bare, it is getting dark so early (i kind of despise daylight savings time…), and we have had some majorly chilly days! i love living in a place that has distinct seasons. that said, i am bracing myself for the next few months. it really doesn’t get outrageously cold here in england, but the lack of daylight is really hard. luckily we have christmas magic, and a trip planned to a warm(er) locale in february. 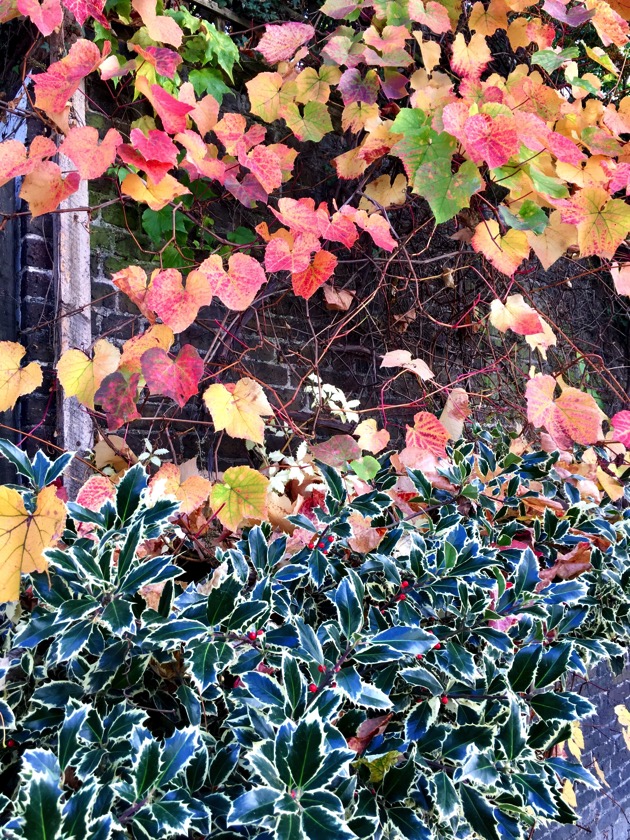 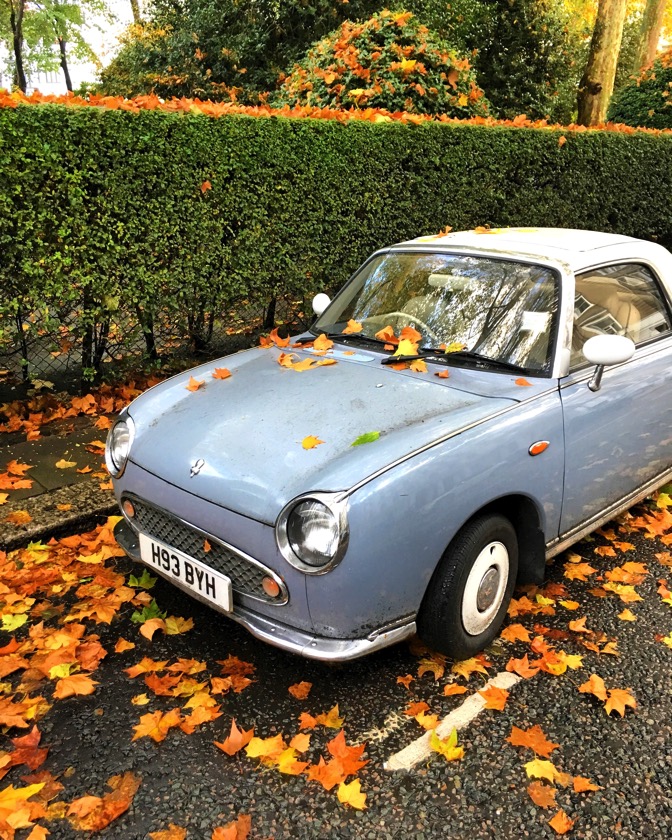 ^^ some last scenes of autumn. i love the holly berries under the fall foliage - a change of seasons is here! ^^

ten.
a couple of saturdays ago we rented a car and drove to ikea and then to the temple. the first thing i have to say about that is this: dang, those ikea meatballs are so good. with the mashed potatoes and lingonberry jam?! sooo good! the second thing i have to say about that day is this quick story:
ian and i traded off going inside the temple and staying outside on the grounds or in the visitors’ centre with moses. there’s this big statue of jesus in the visitors’ centre and i brought moses right up close to it and he loved it. at my suggestion, he waved at jesus, and looked at the nail prints in his hands. and then, with zero prompting, he looked right into the face of jesus, thought for a little second, and did his sign for thank you. it was just the sweetest thing! i did not encourage him at all to do this - wasn’t talking about how we are thankful for jesus or anything like that. he just felt like it was the thing to do. and he was right.
the same statue of jesus is in the church building close to our new flat (where we will now go to church - it also doubles as a visitors’ centre). whenever we approach the building (which we have a few times this week for various events), moses gets so excited, points eagerly at the statue and makes a “sssss” sound, which is how he says “jesus” these days.
i’m grateful for the reminders my tiny son gives me that jesus is real, and that we love him, and that we should thank him.