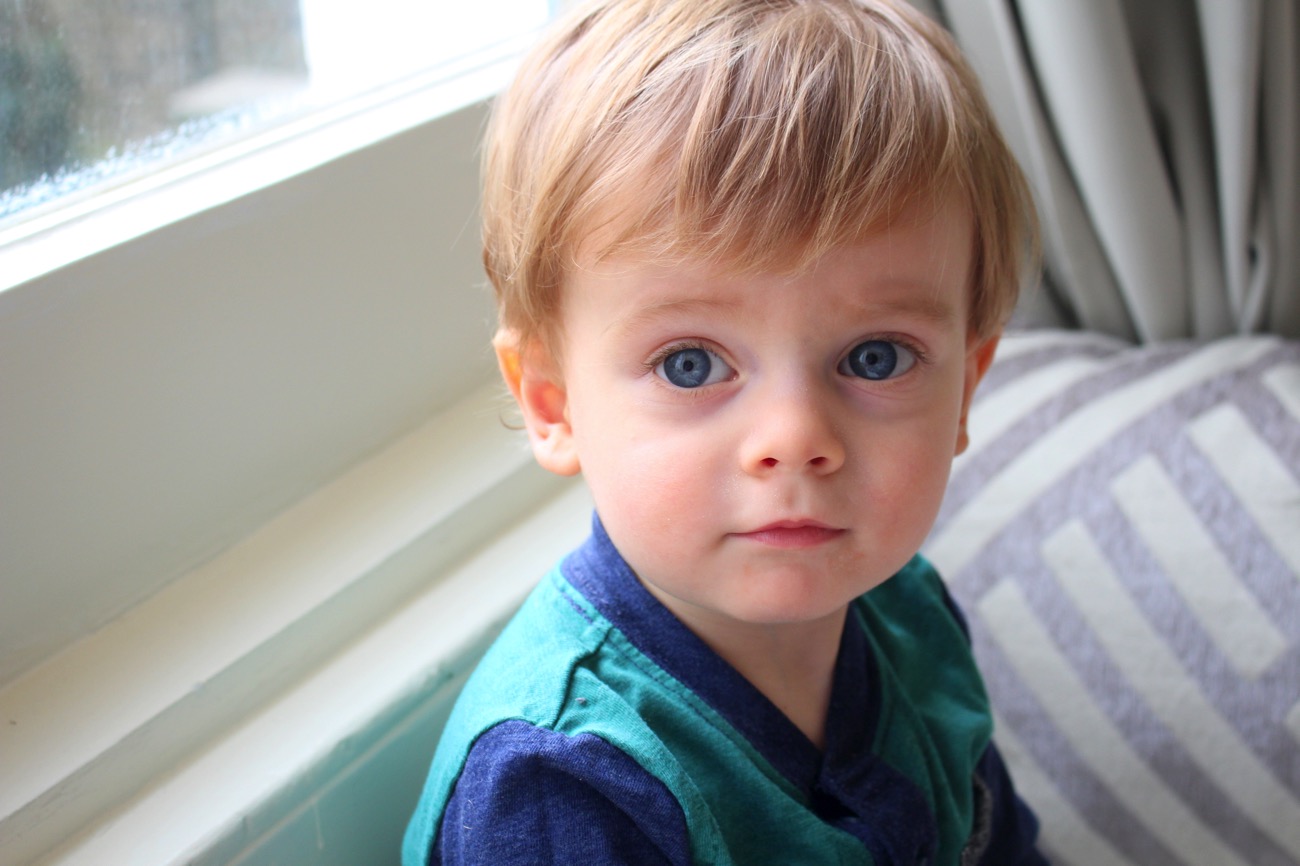 moses is one and a half years old! time really does fly. it’s so wild to think that this little boy was once growing inside my belly (like his brother is now) and to remember how tiny he used to be. he has learned so, so much in the past eighteen months! and he is learning more every single day. it is such a pleasure and such a privilege to witness this perfect little soul’s growth - moses inspires and teaches me every single day. he is pure and sweet and fun and silly and wonderful. every night ian and i lay in bed together and talk about how awesome moses is with huge smiles stretched across our faces. parenting him is at times tricky and challenging and exhausting, but mostly it is so, so sweet.

here’s some tidbits to remember about our moses thames at eighteen months... 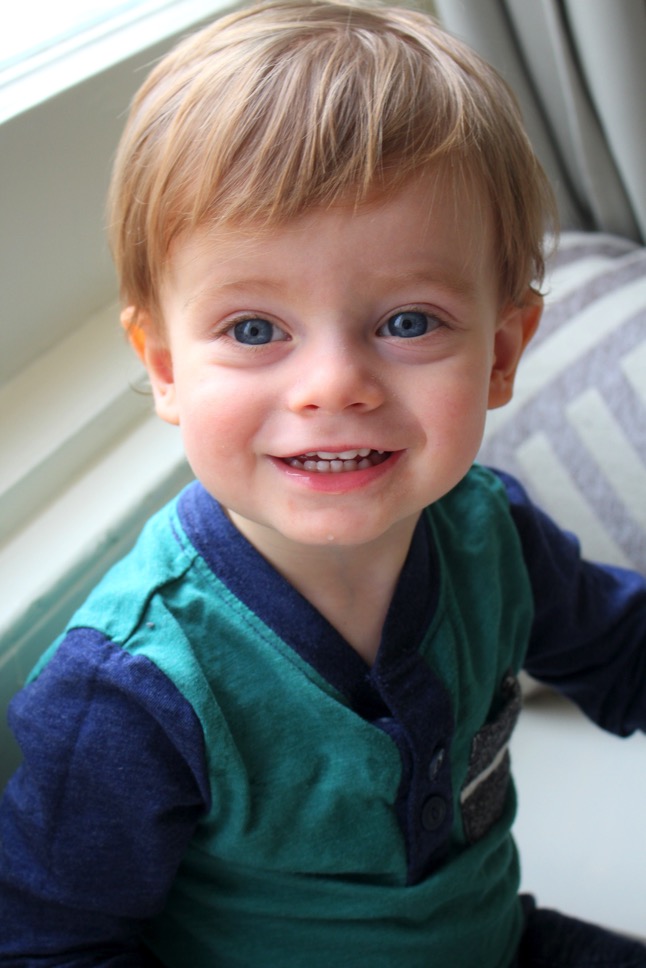 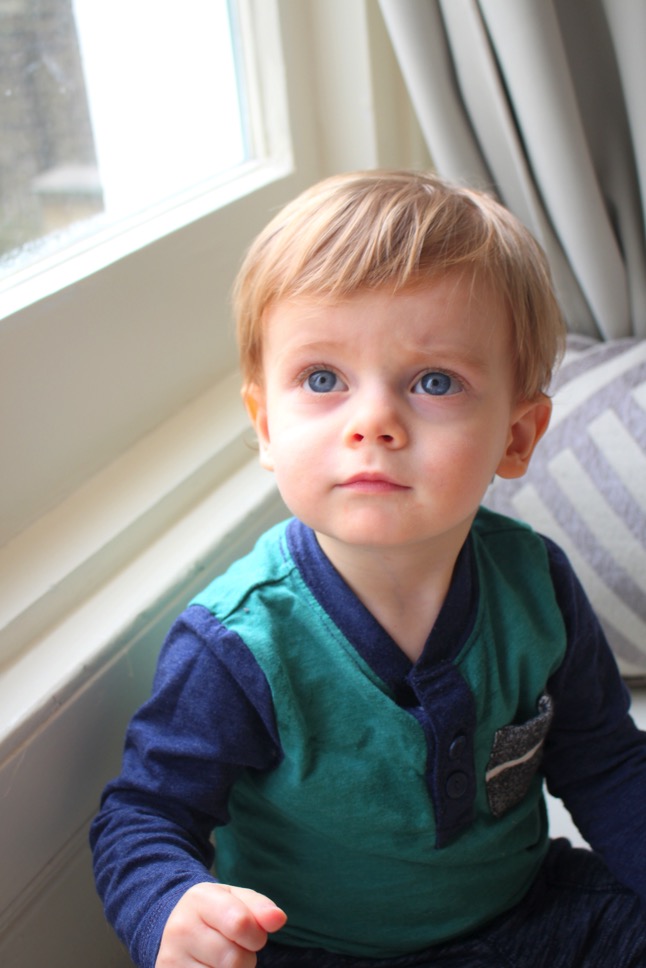 he loves to dance more than anything in the world, and homeboy’s got moves. he adores our nightly dance parties, and starts dancing at the faintest sound of music no matter where we are. he swings his arms, sways his body from side to side, and stamps his feet in delight, and he recently added jumping to his repertoire of dance moves.

little mo has the most beautiful hair. i snapped these photos yesterday especially because we know he needs a haircut badly (we are cutting it this weekend) and i wanted to capture his luscious locks while they are longer. 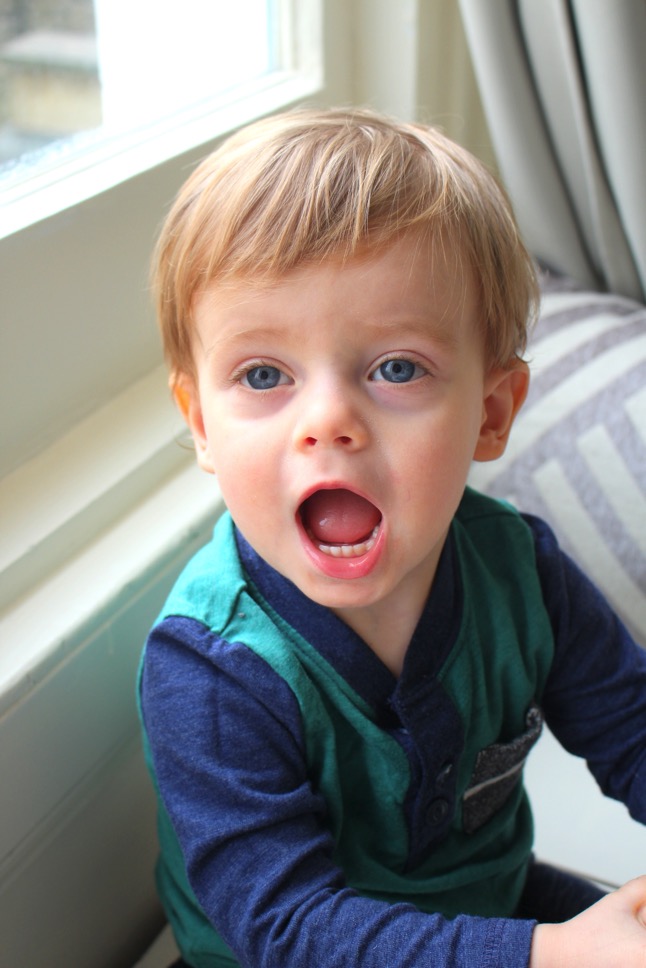 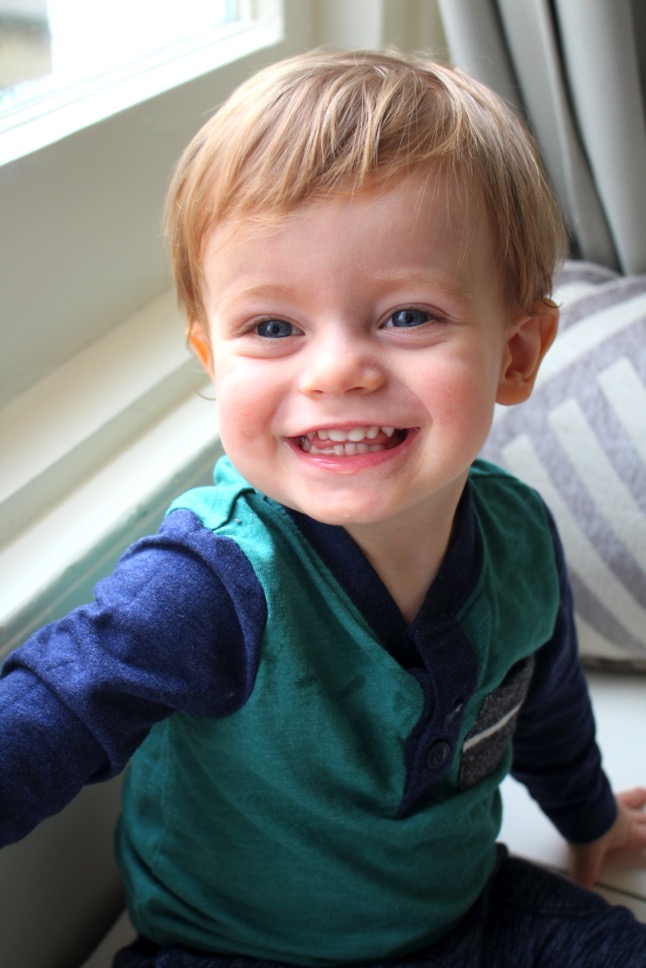 this (first picture above ^^) is the face he makes when you ask him to smile - haha! his cheeser grins - of which he offers multitudes throughout each day - have to be caught candidly!

moses has been such a trooper through the ordeal of the surgery he had this month. it’s still an ongoing process of healing and there’s lot of lingering unknowns, but he has just been such a good boy throughout it all.

we are consistently impressed with how quickly and clearly moses understands things that we tell him or ask him to do. he is mostly very obedient, but definitely sometimes has a defiant streak. we’ve begun counting down from five when we’ve asked him to do something and he is usually very good at responding before we get to zero. there are times when little mo has to go sit in his room alone because he’s being naughty, but he bounces back pretty quick!

he can sometimes entertain himself, but most of the time he’s pretty insistent to have company in his learning and playing. he’s very social and loves interacting with other kids and especially loves seeing babies. 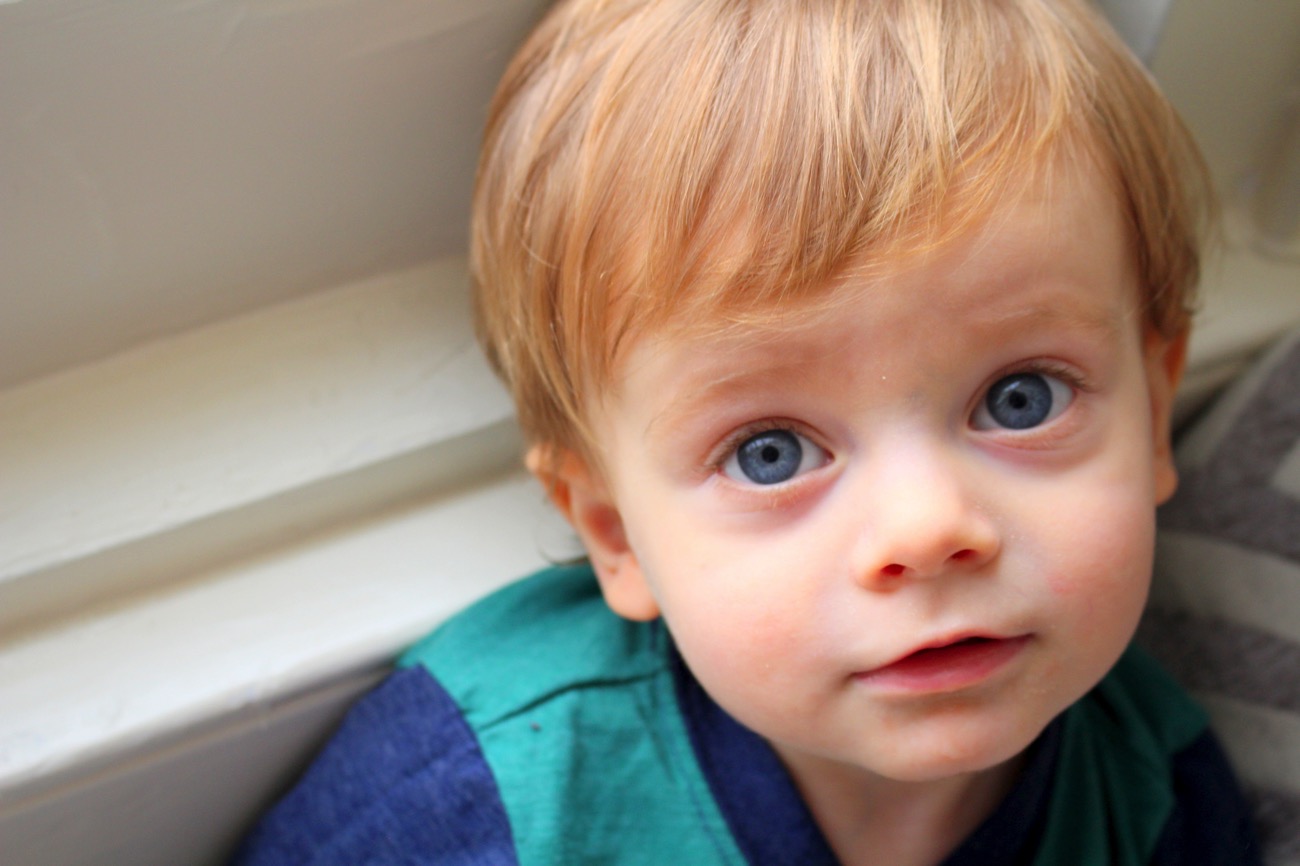 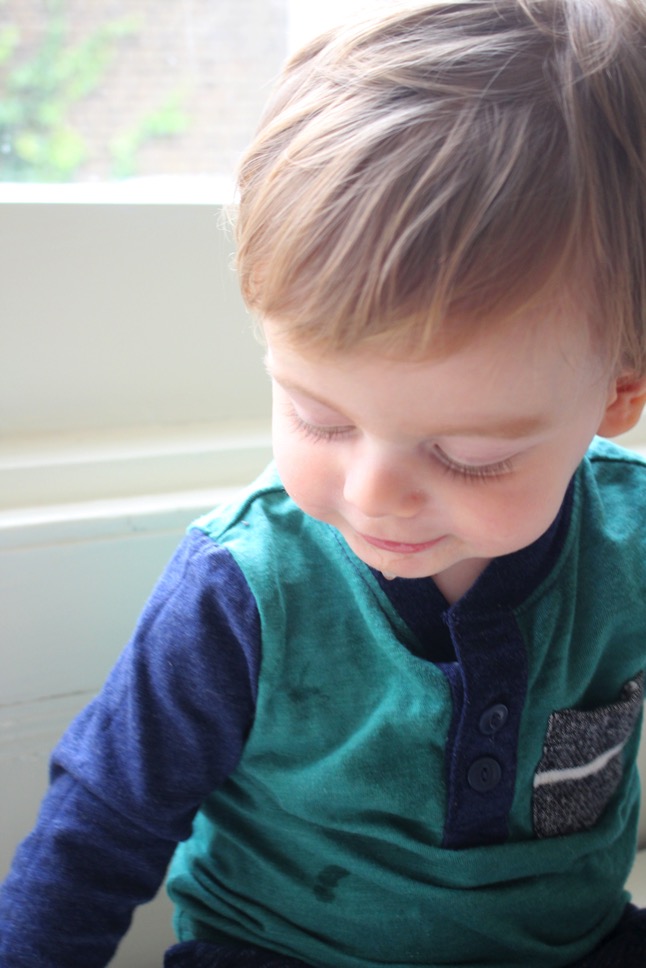 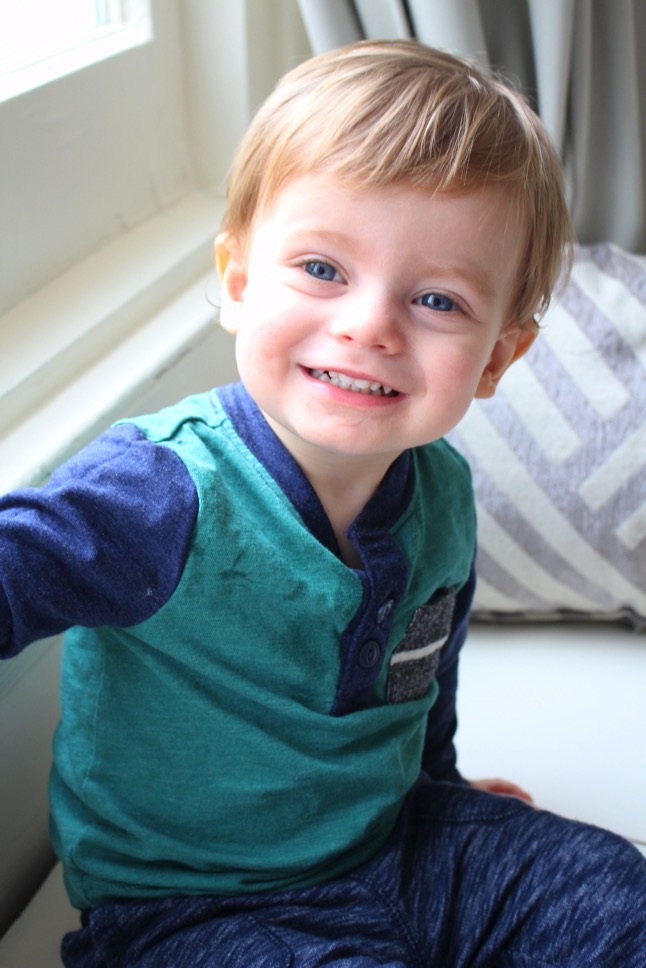 he’s a bit of a picky eater. his favourite foods are oatmeal, frozen peas, and most any fruit. lately he’s been telling me he’s hungry by opening his mouth wide and pointing inside. it’s pretty cute. we stopped breastfeeding just after he turned eighteen months.

moses learns at least one new word almost every day. he holds up one finger if you ask him how old he is, and says “mo” when you ask him his name. he consistently tries lots of different methods to try to communicate different things with his limited vocal and signing vocabulary. one thing he’s really good at communicating is love - lots of hugs, kisses, and rubbing his chest to say “i love you.” he likes to push mom and dad’s head together for a kiss and then he joins in for a three-way family kiss :) he also loves to give baby brother kisses via mom’s belly. 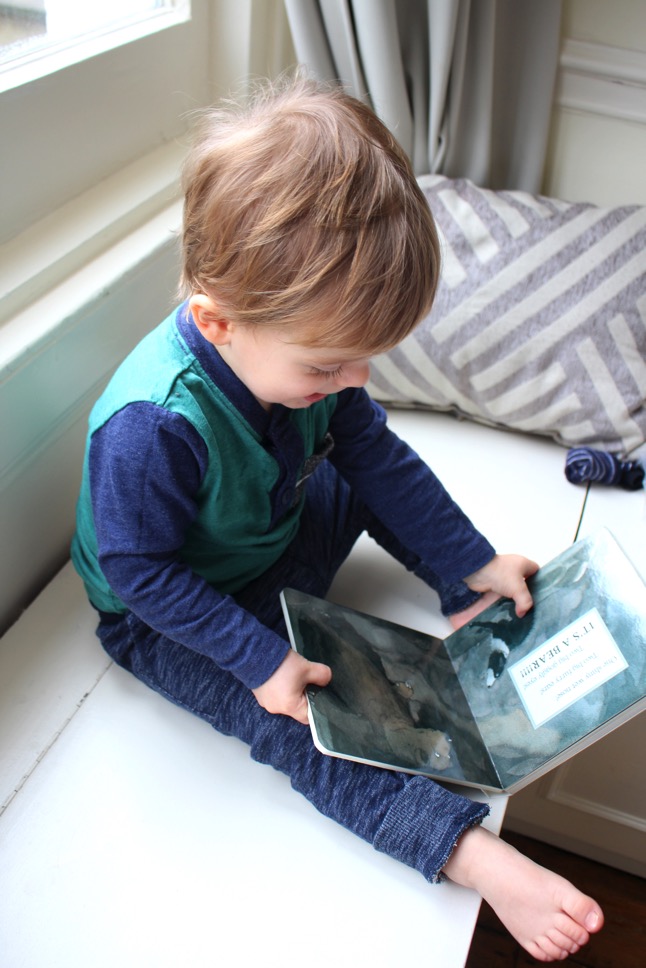 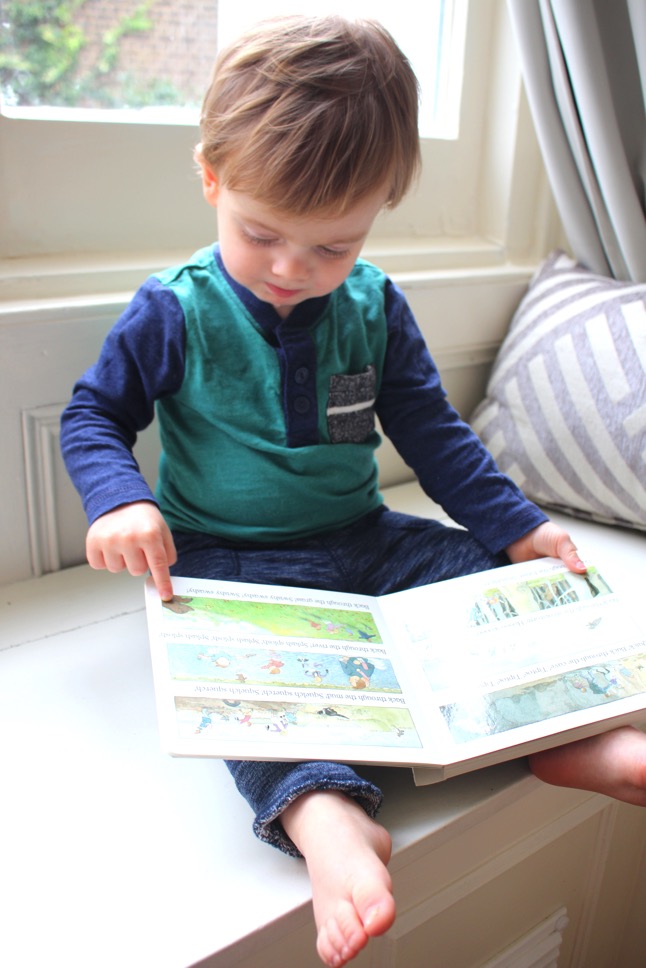 little mo is a book worm and might read books with a parent all day long every day if he could. sometimes he likes to study each page, but more often he likes to turn the pages really quickly ;)

he’s really into fitting things into small spaces - for example, putting narrow things between the floor boards in our flat! we’ve lost and had to reorder a few credit cards...

his most-used nicknames (besides variations on “mo”) are cuteface and lovebug. 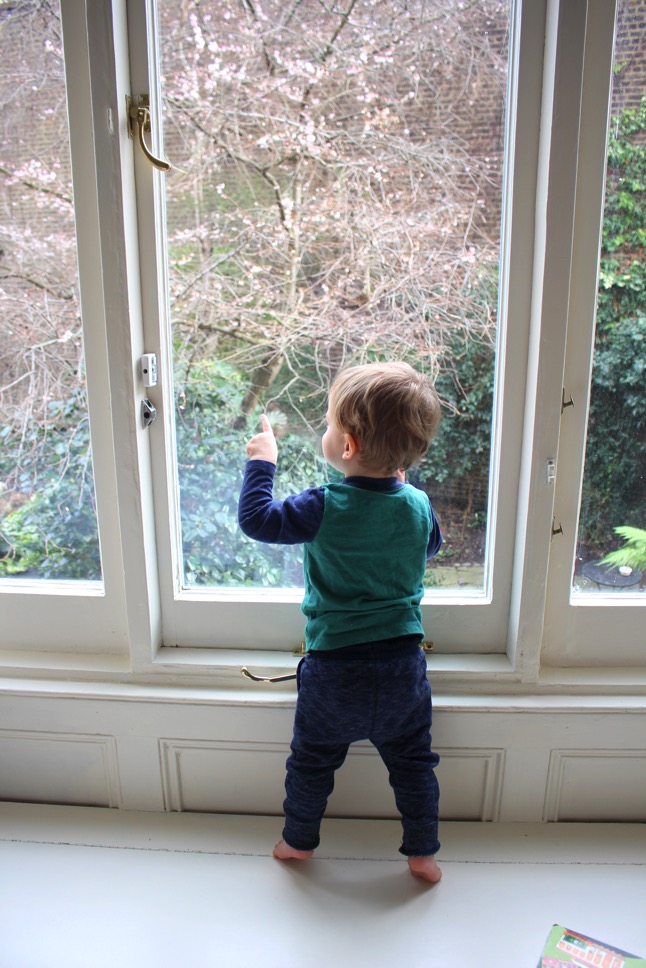 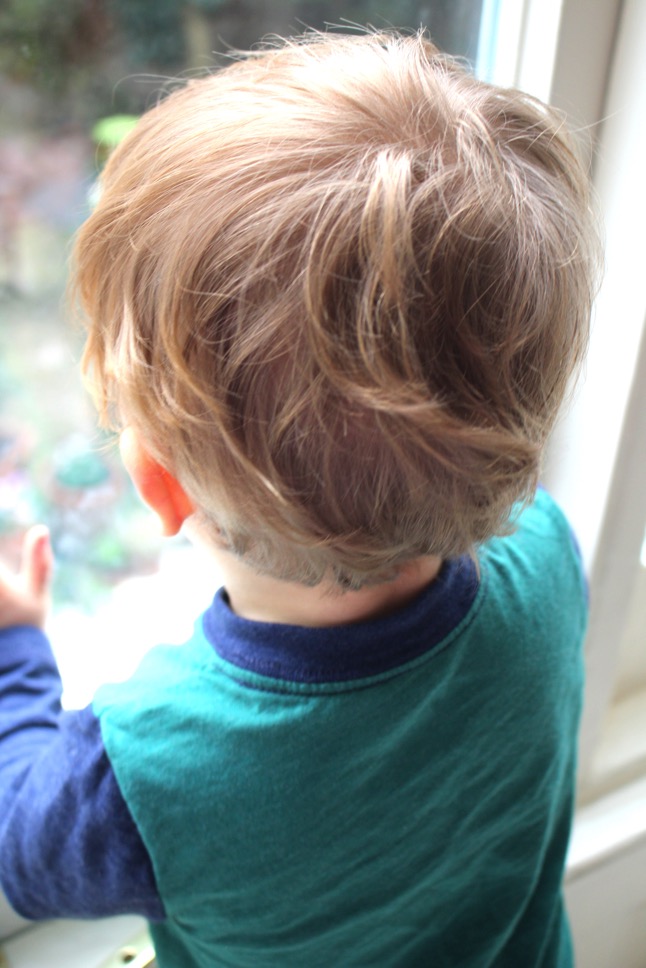 moses love, love, loves looking out our big back window into our neighbor’s garden. on lucky days he sees their cat or dog walking around back there! he watches for birds and airplanes and likes to knock on the glass.

he also likes peering out our front bay window, especially when dad leaves or comes home from work.

moses now goes to nursery during the second and third hours of church. he absolutely loves it and so do his parents (sitting in church classes and engaging in the discussion without a wiggly toddler around is amazing!). 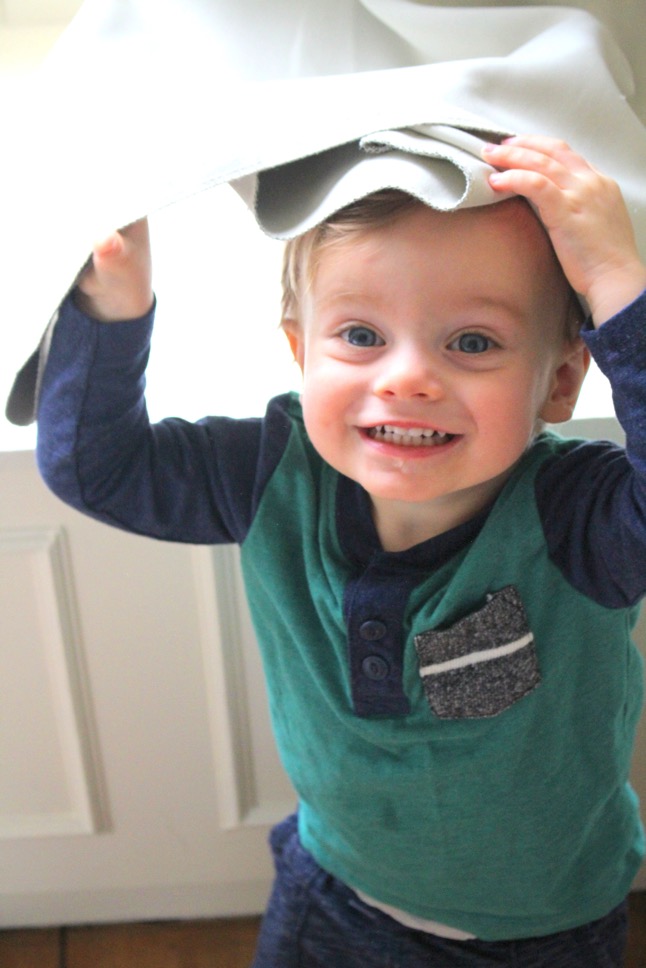 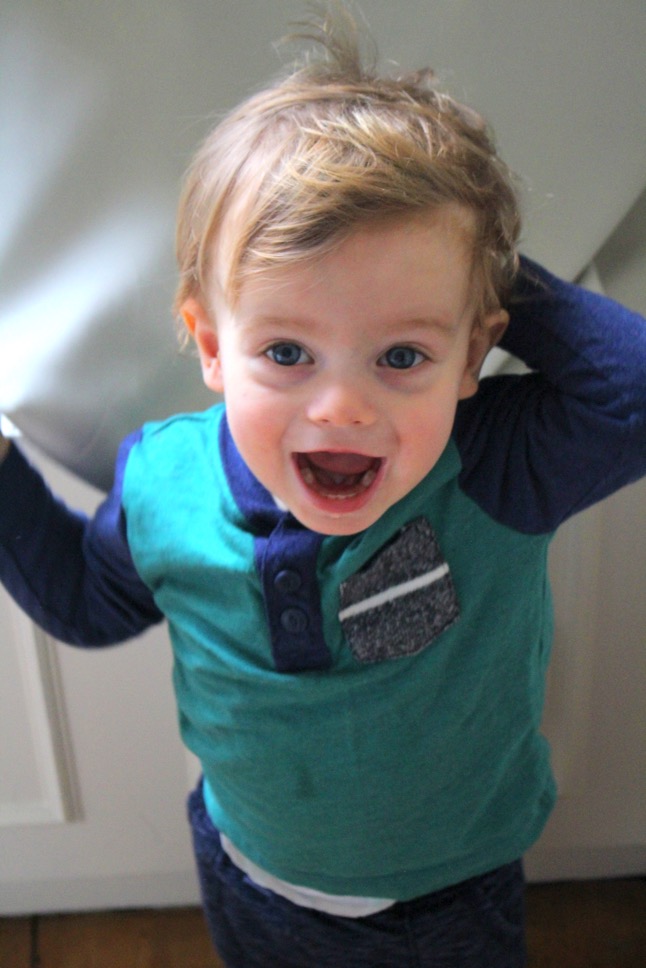 little mo has been a big fan of hide-and-seek since he was a tiny baby, and that pastime certainly hasn’t lost its allure. he’s always finding something to hide behind or in and gets such a kick out of popping out!

he’s also a continued big fan of baths. lately we’ve been putting lots of bubbles in the bath and moses laughs his head off after putting his face straight into the bubbles and emerging with a bubble mask. (i have some pretty great pictures of mo in the bath, but one rule we’ve decided on when it comes to internet sharing is no photos without clothes.)

he loves to take his shoes and socks off while we are out and about in the buggy. this isn’t mom or dad’s favourite thing about moses at eighteen months…
he’s working on not throwing things that aren’t balls and asking nicely when he wants something rather than whining for it. 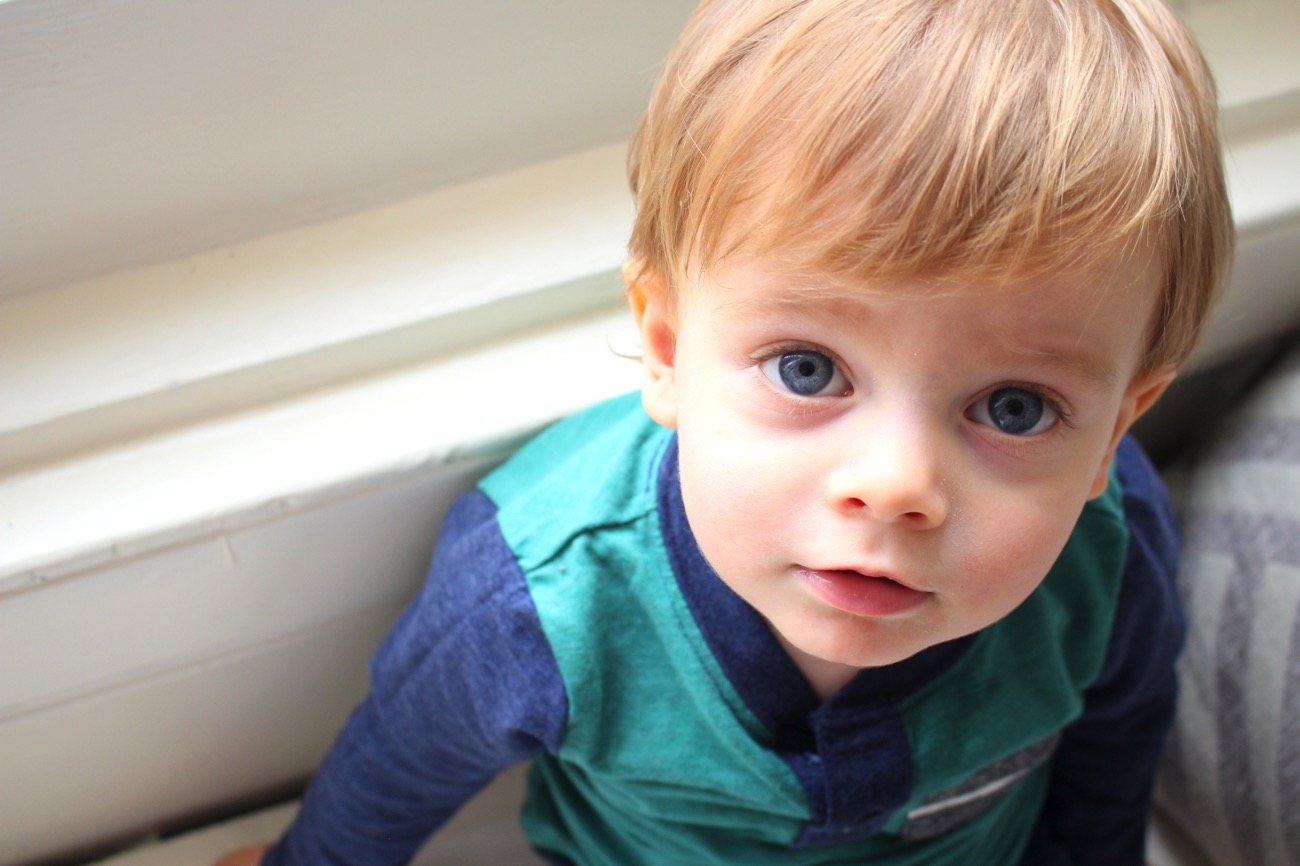 whenever mo hears a toilet flush, he is very intent on waving and saying “bye!” to whatever is flushing down - haha.

moses loves cars, jesus, running, climbing (on anything he can possibly find!), emptying drawers and cupboards, putting on dad's shoes, animals, packaged snacks, and being tickled. he is curious, observant, continually friendly/outgoing, and just full of light.

we love him like crazy! and we’re excited to see how he continues to grow. 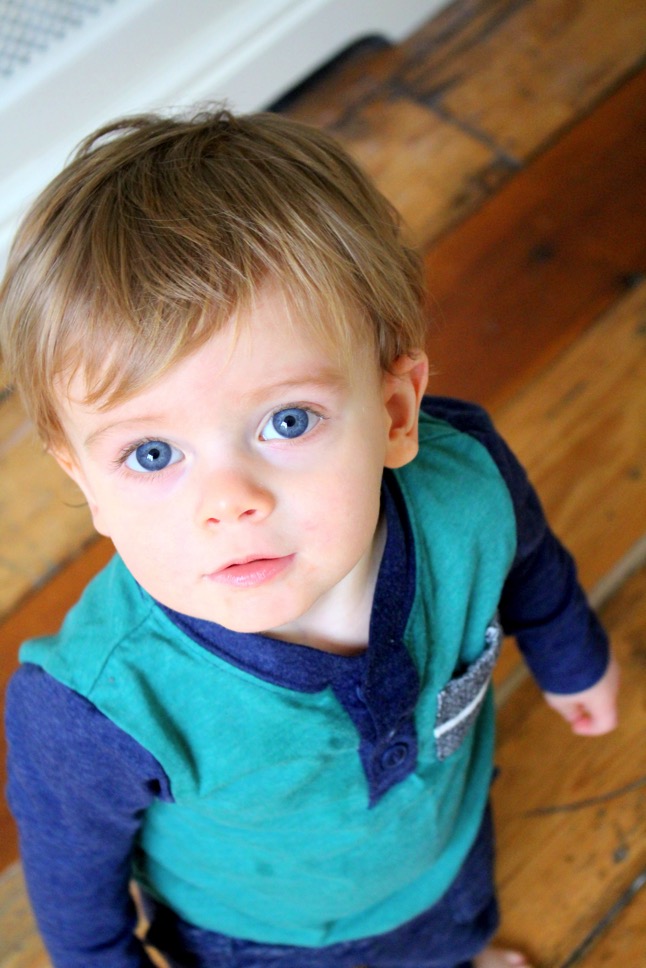 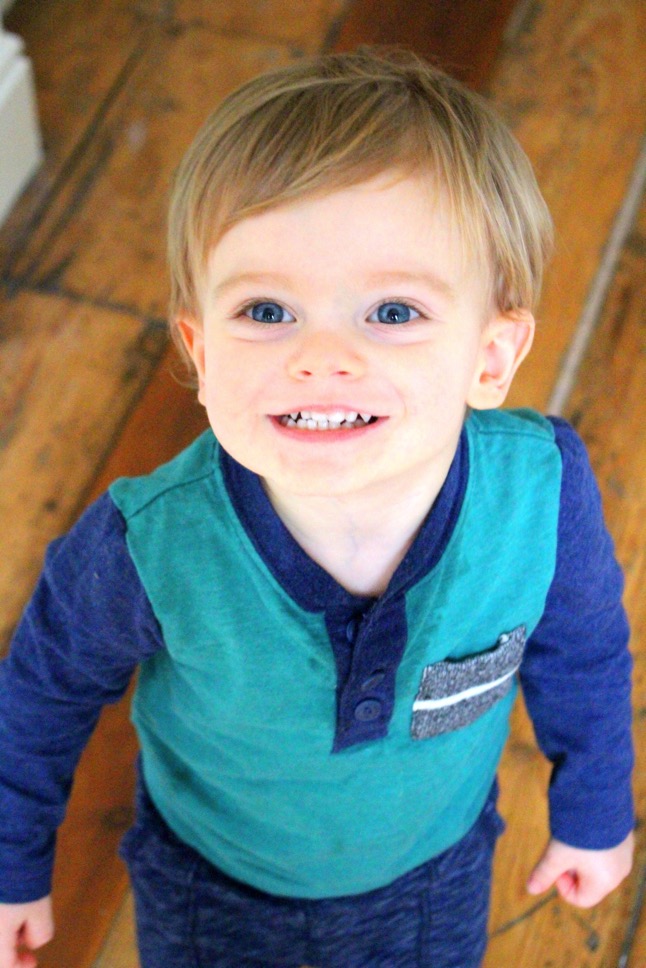