a stop through casablanca 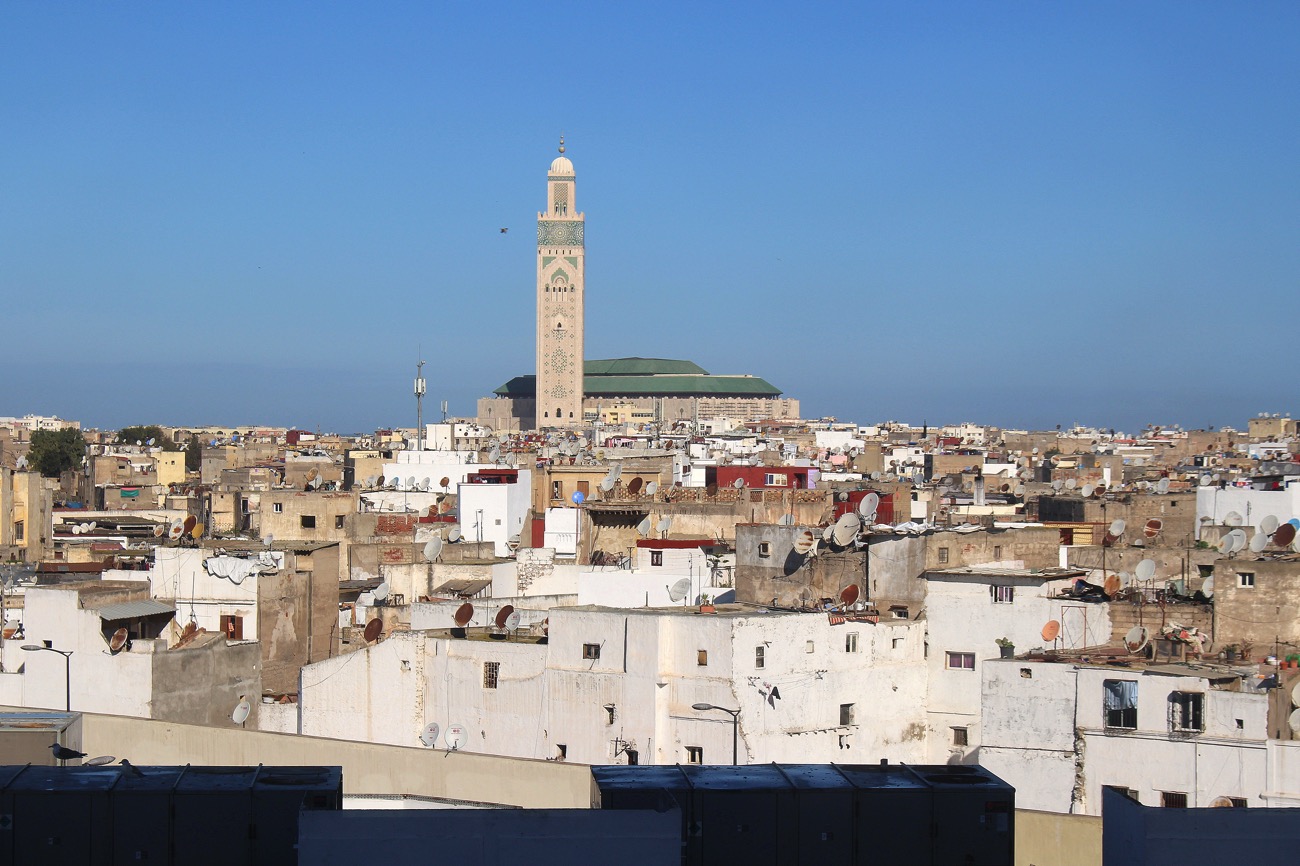 we spent less than twenty four hours in casablanca - it was really just a stopover for us on our way from marrakech to fes. but we were so glad we were able to see the hassan ii mosque - it is absolutely spectacular. we got into casablanca in the evening, slept over, and then were amazed by the views from our hotel room looking towards the one of the world’s largest mosques and towards the wide open sea! we spent a couple of hours at the mosque and then hopped on a train to fes. 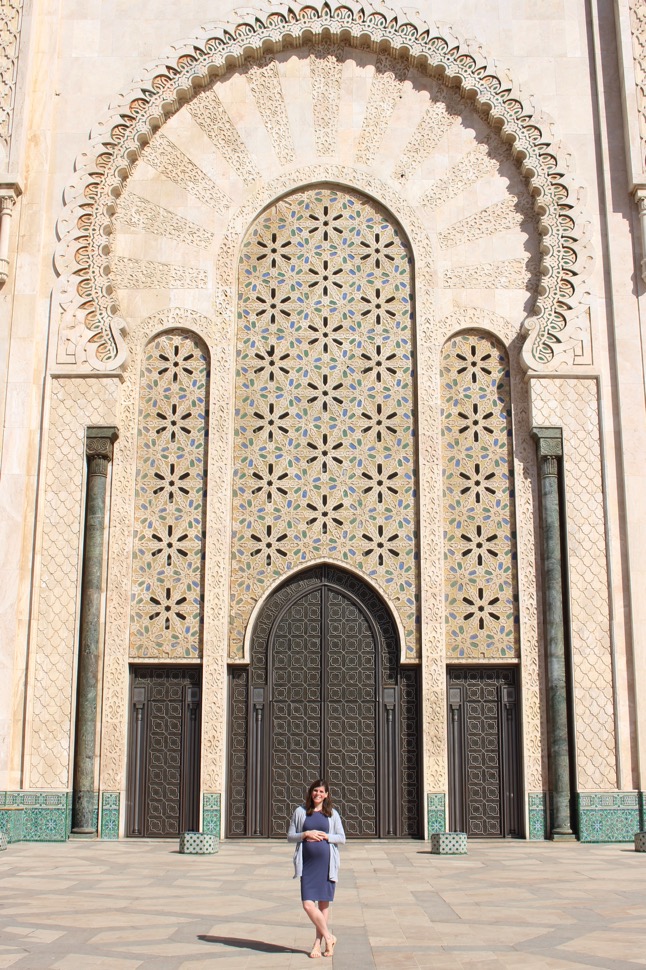 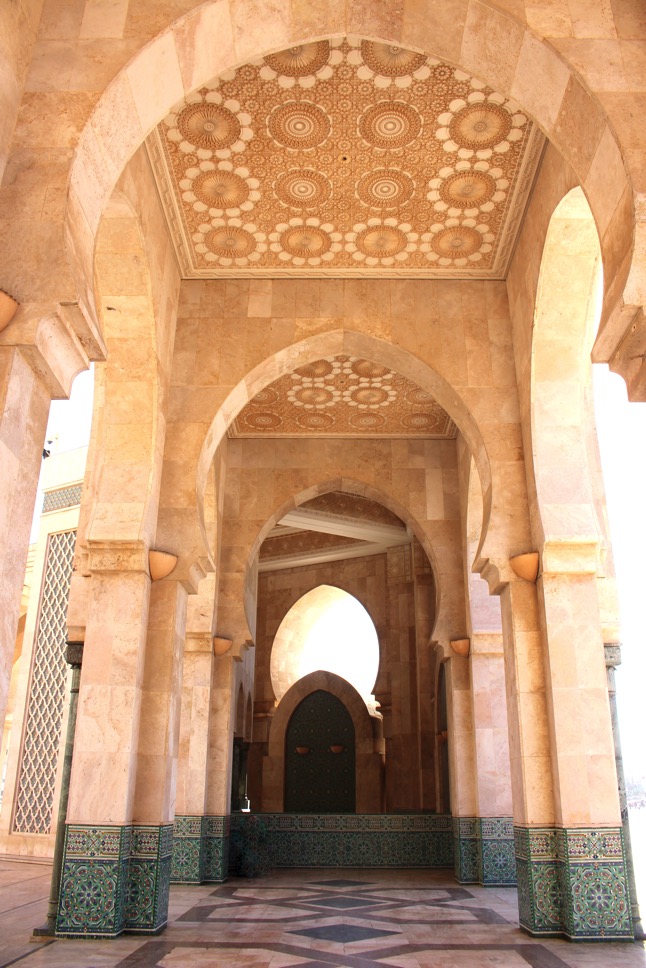 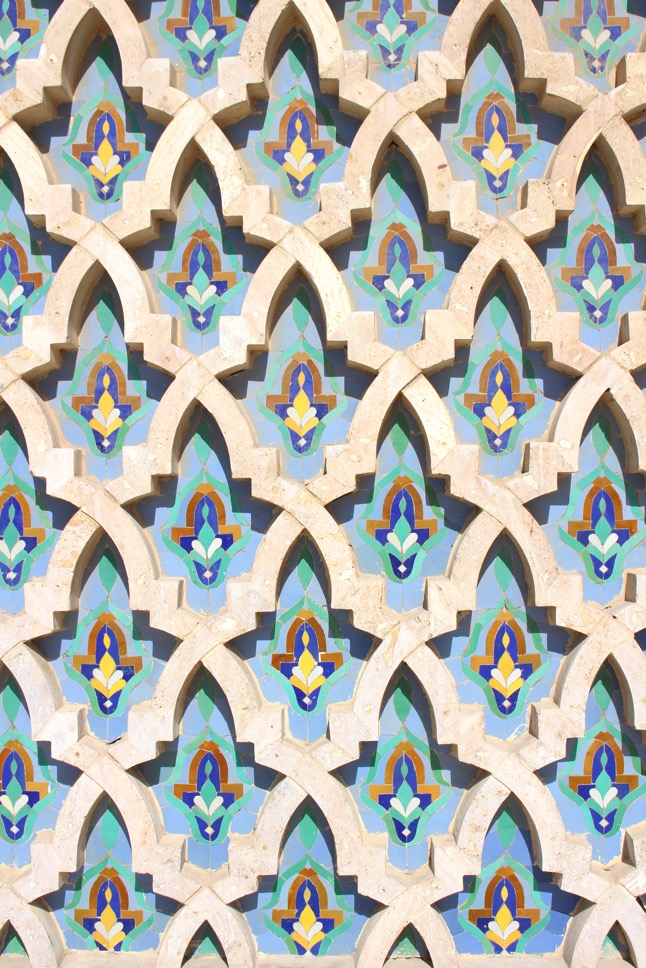 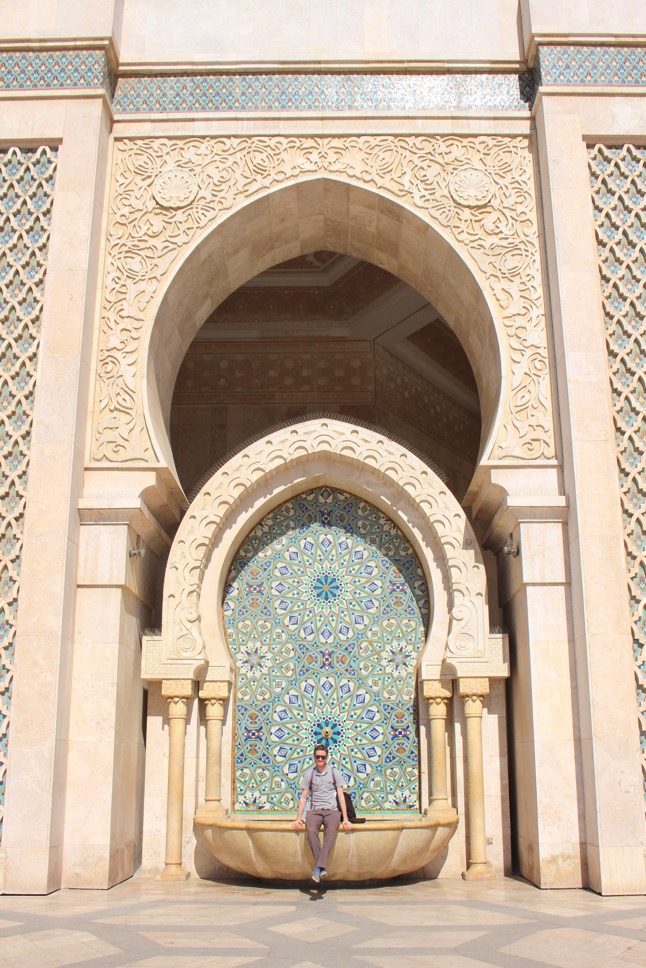 ^^ i love that tile so much, and i love my travel companion so, so, so much! he matches my pace perfectly, is so patient with my endless picture taking, loves interacting with and learning from people from all walks of life, appreciates beauty and fascination of all kinds, and is always up for pretty much any adventure. ^^ 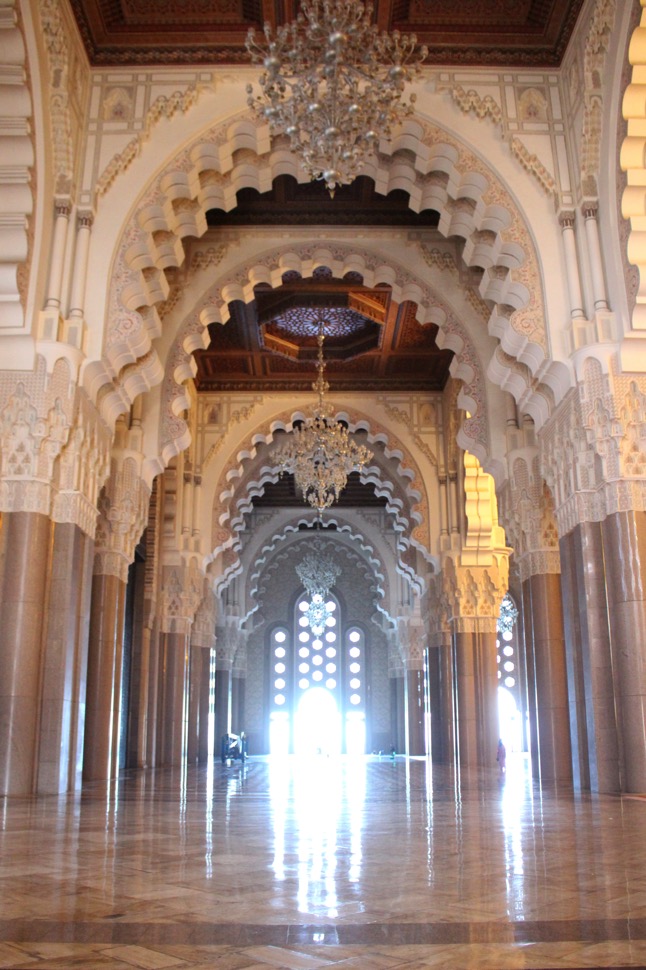 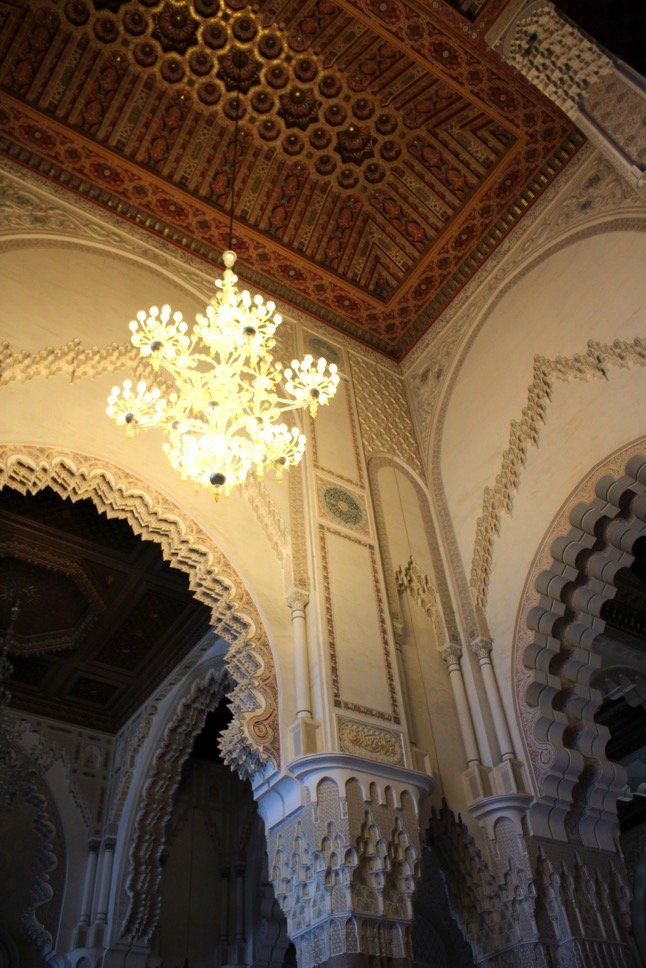 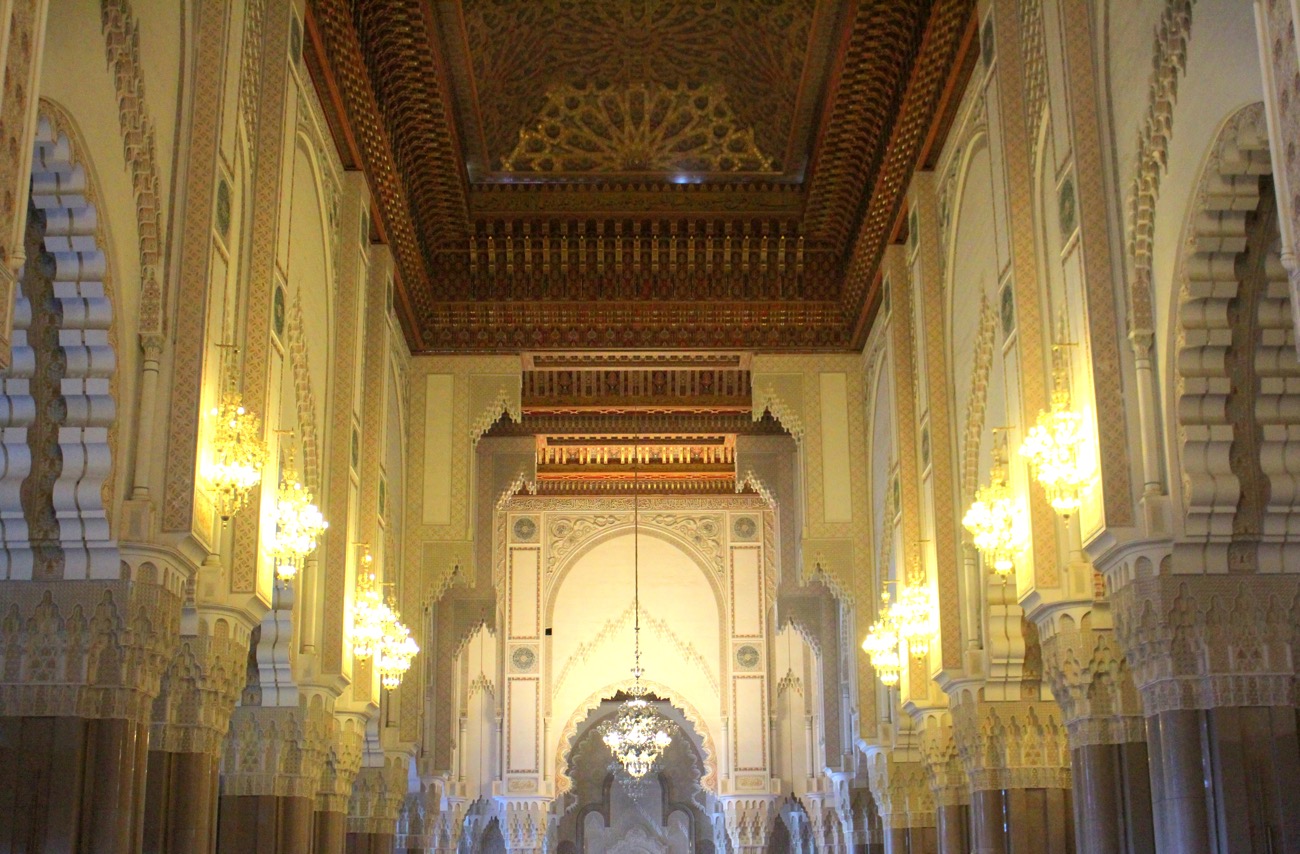 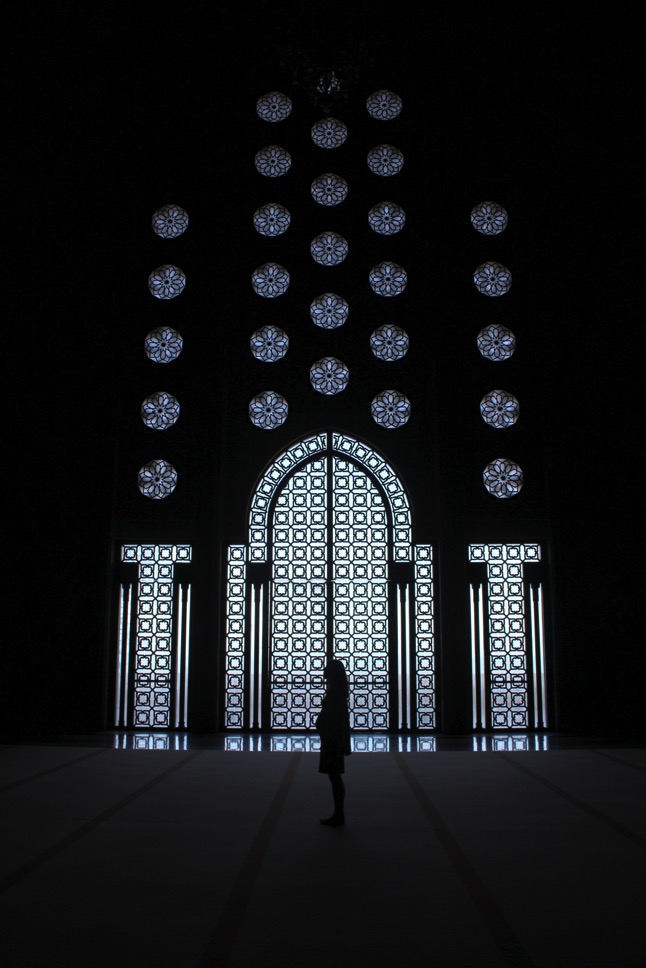 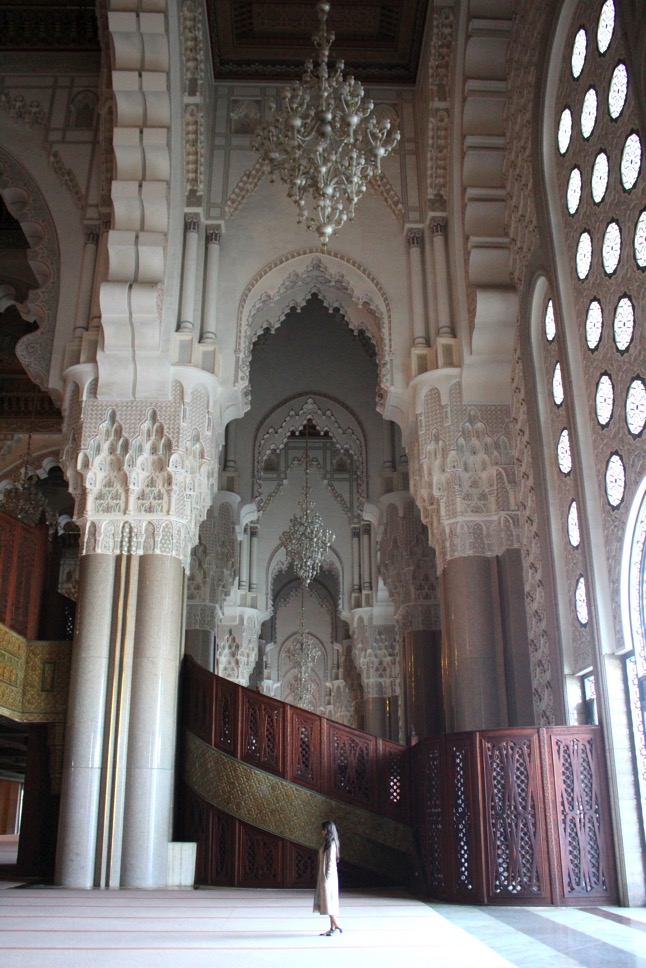 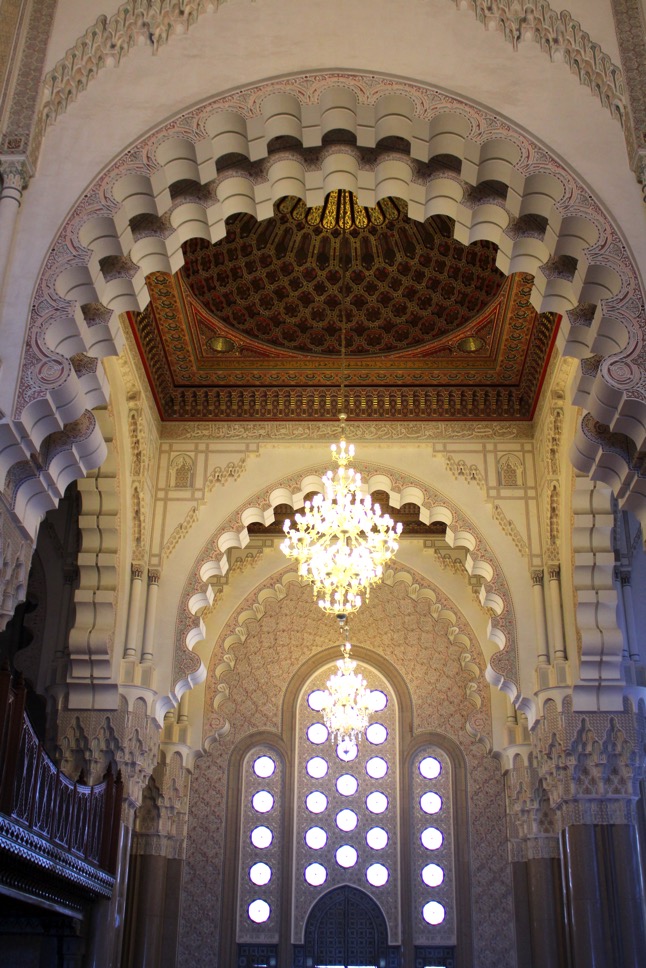 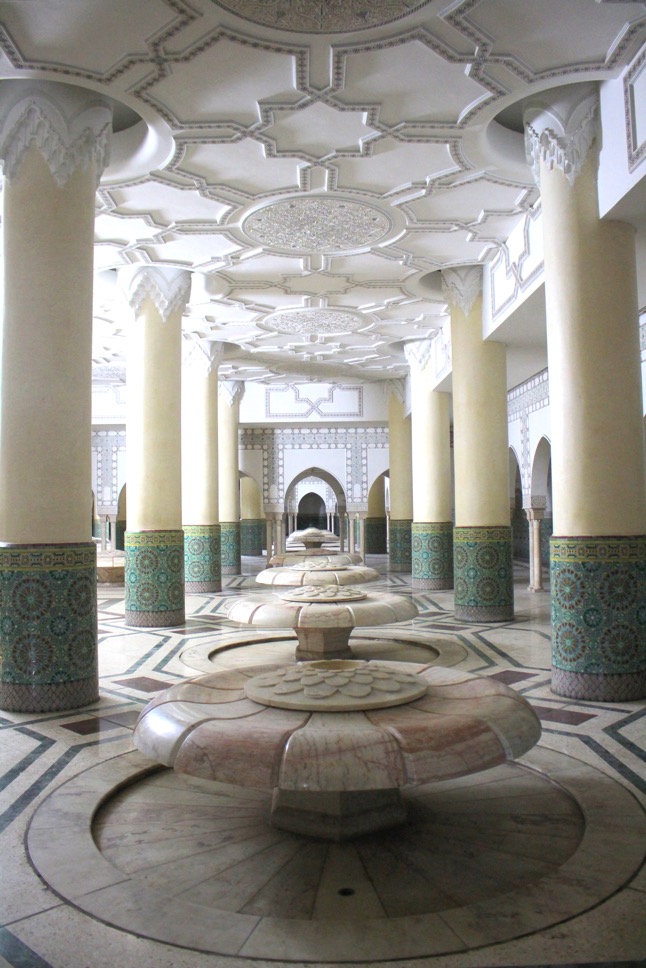 our favourite part of the tour we took of the inside of the mosque was the washing room in the basement. ^^ it is so, so vast, and it is amazing to imagine it with all the fountains running and worshippers washing. 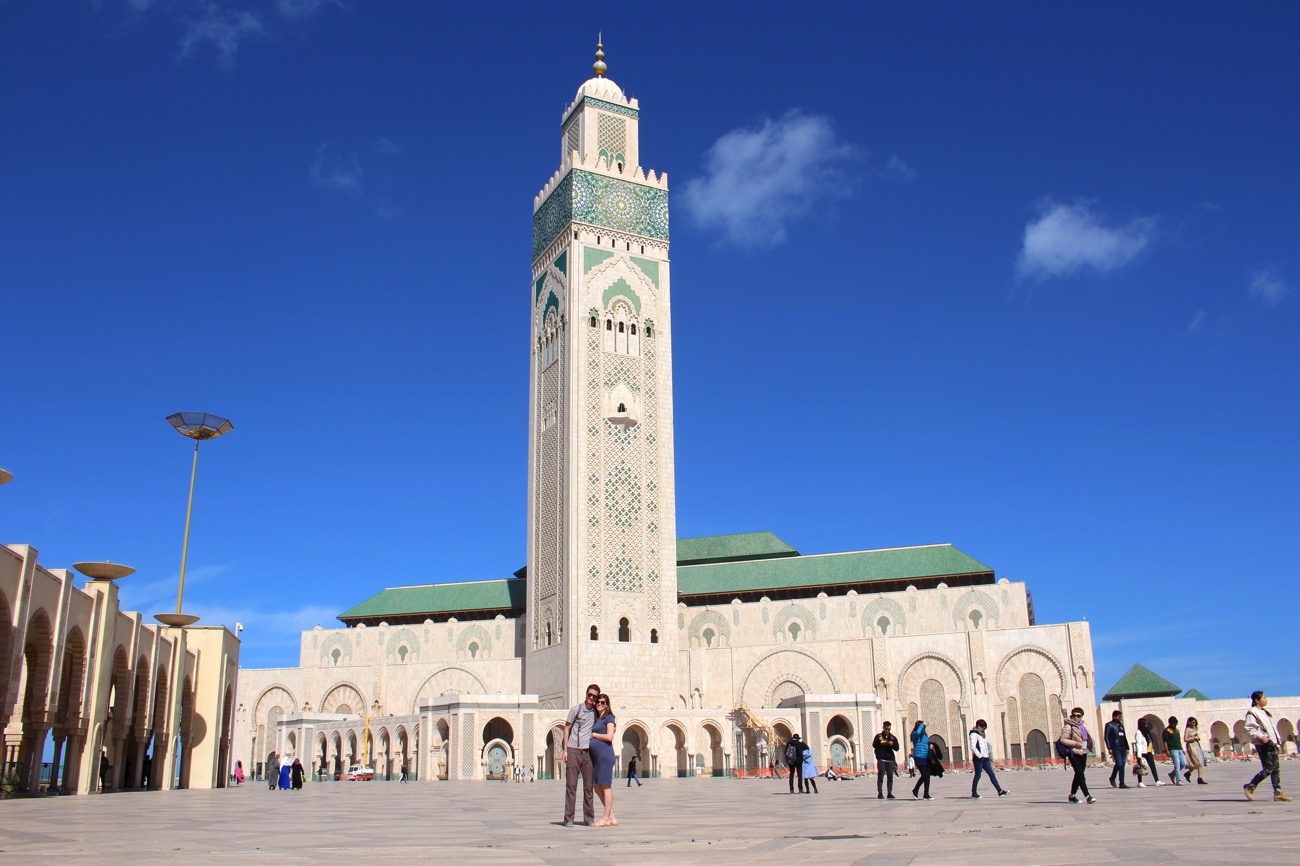 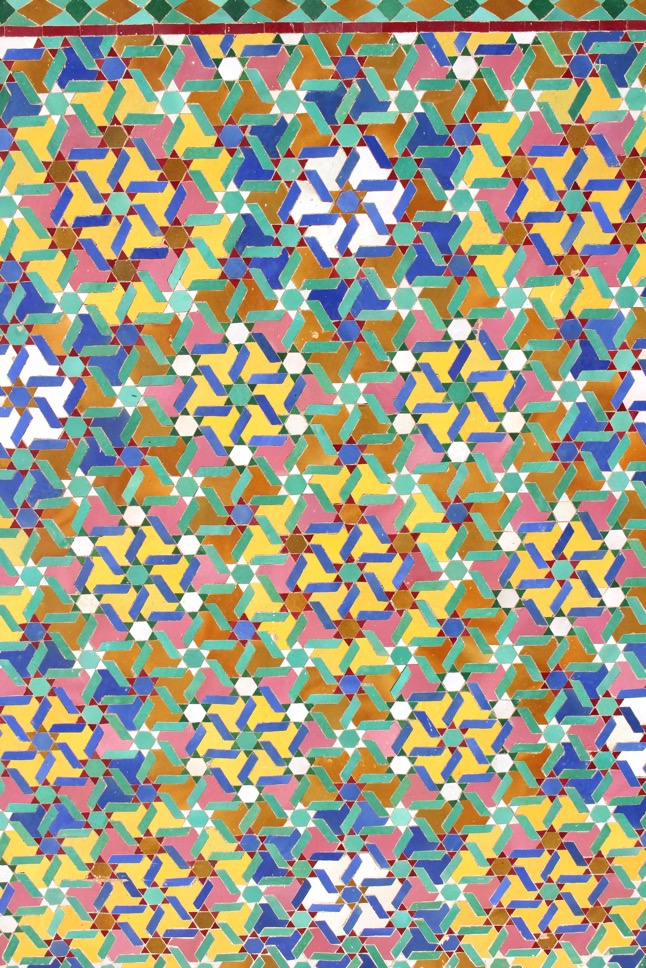 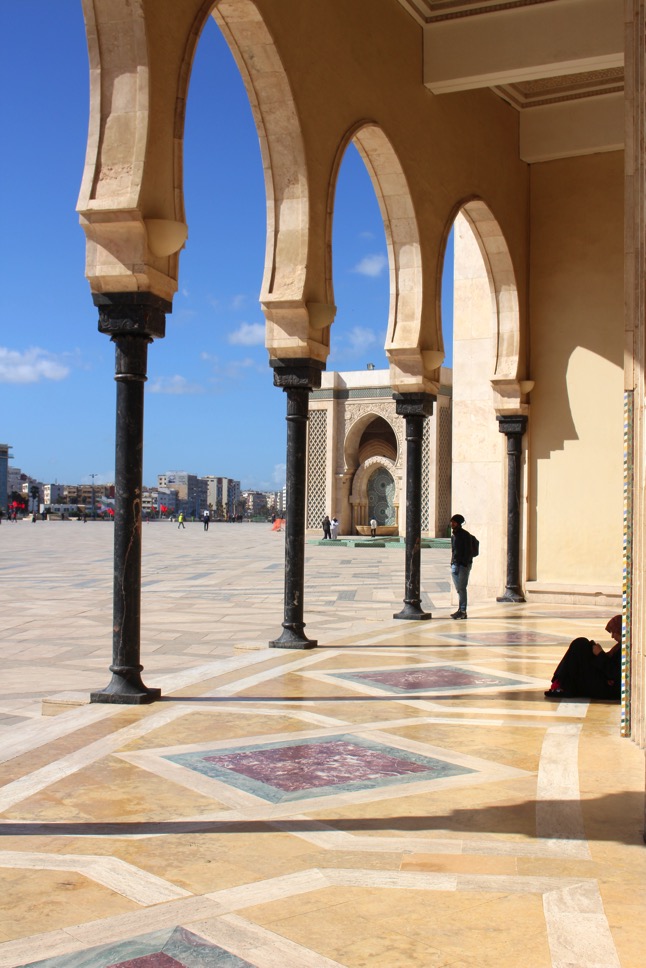 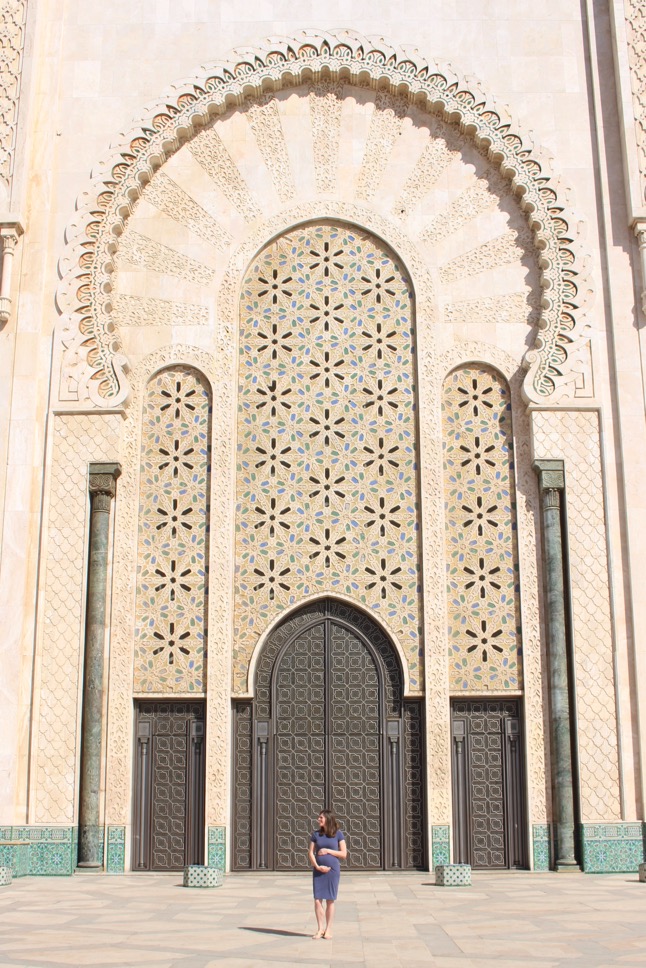 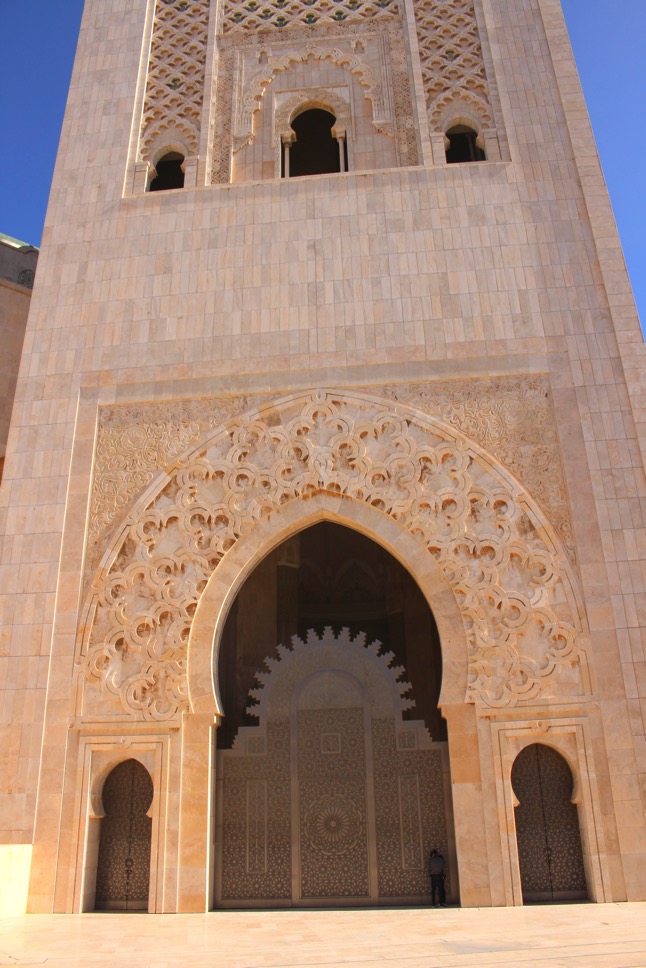 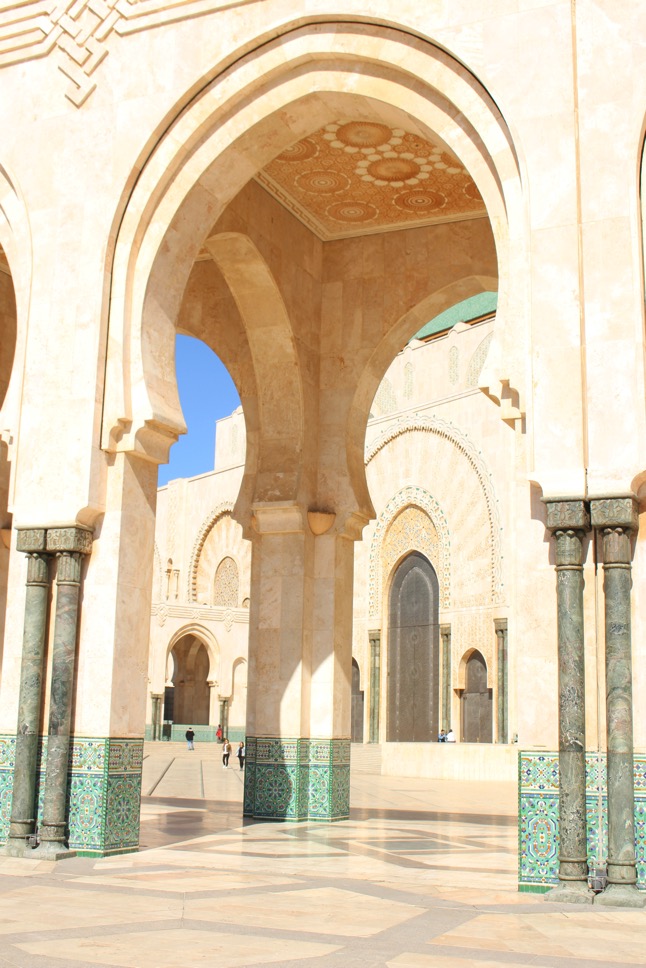 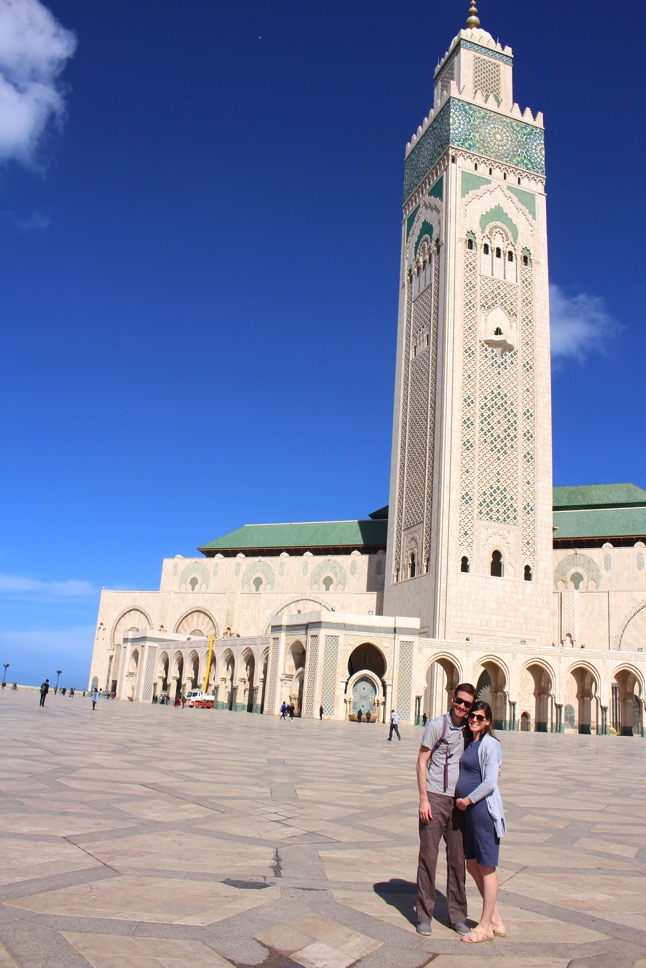 the mosque was built right on the ocean - it was nice to feel the sea breeze as we strolled around the grounds. we tried to walk along the coast to catch a view of the mosque with the ocean (like this picture) but that was a total fail - ha! they are building a new boardwalk along the seaboard (which looks like it will be really cool, btw!) so there was just loads of construction. this picture was the best we could get: 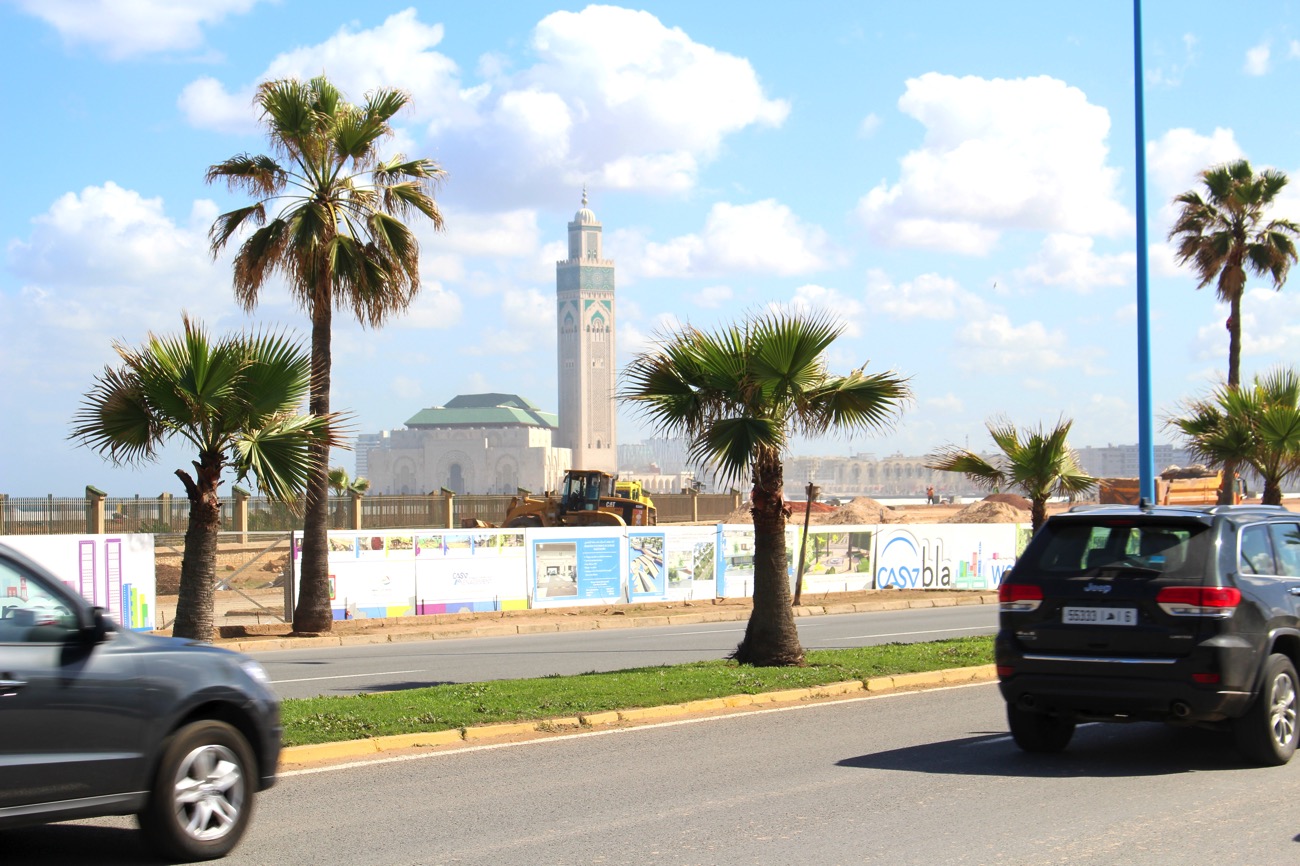 and then we headed to the train station and hopped on another train! the scenery on the journey was (surprisingly!) gorgeous - so so green! 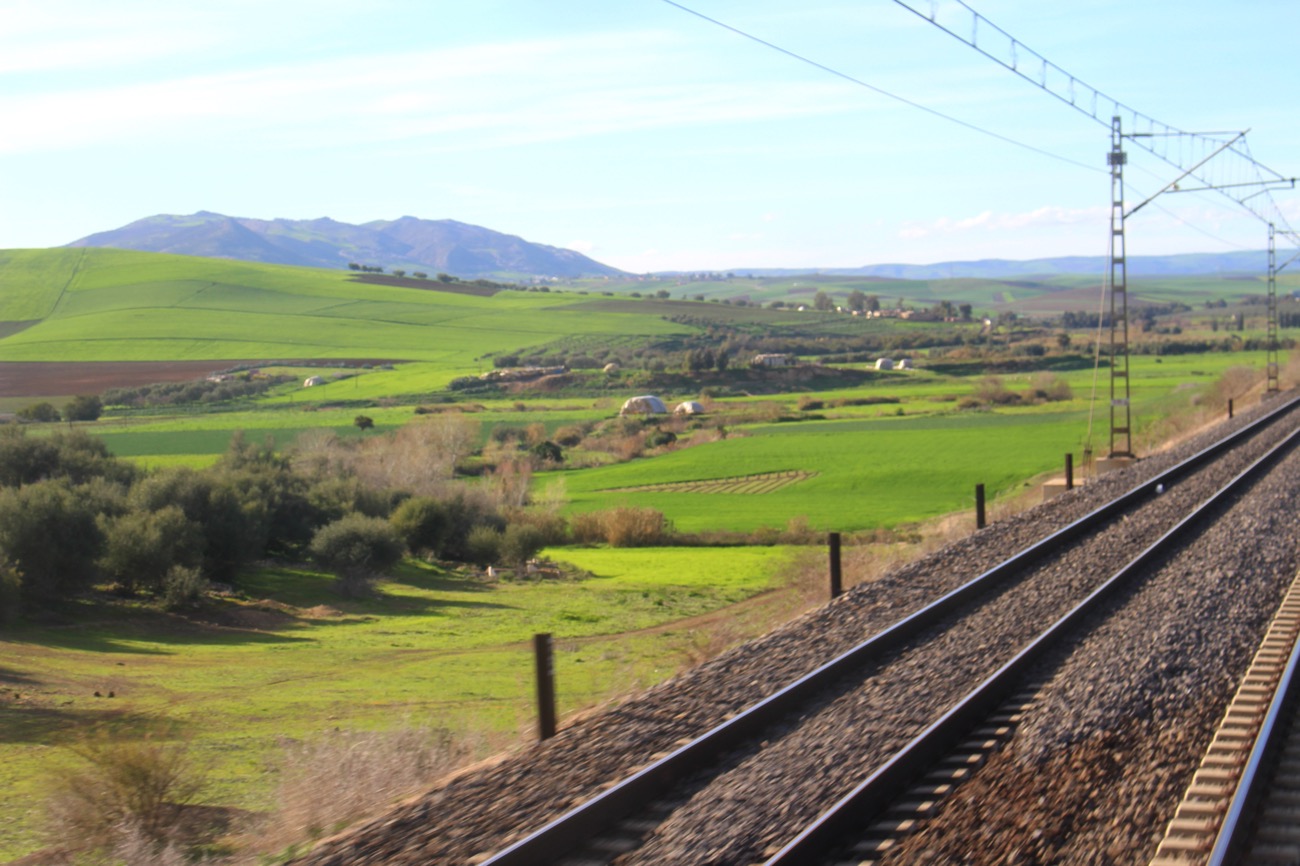