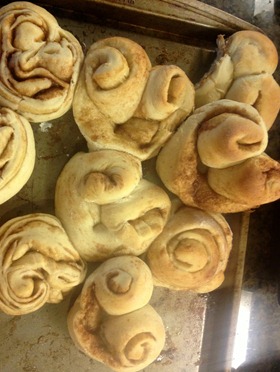 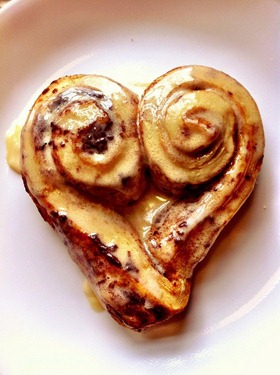 on valentine’s day i woke up real early to make breakfast for the boy. as sickeningly cheesy as it is, i wanted to make heart shaped cinnamon rolls because pinterest inspired me. well…pinterest is unfortunately not real life. while i was worried about the cinnamon rolls coming out all awry and weird, i burned the bacon and the neglected the eggs and told the boy to come a half an hour later than we planned.

but – nothing some buttercream icing and heart-cut strawberries can’t solve, right? 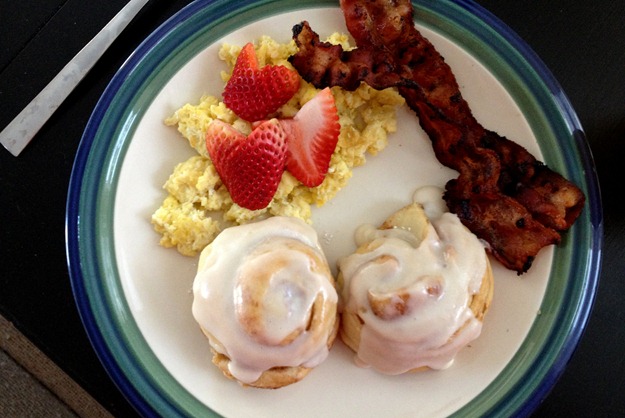 after breakfast, i brought some lopsided cinnamon rolls to my coworkers in my pink and red and sparkly valentine’s outfit, and remembered throughout the day that when things don’t work out as symmetrical as you’d hope, there’s still so much worth celebrating.