Showing posts from December, 2012
Show All

the first day of christmas 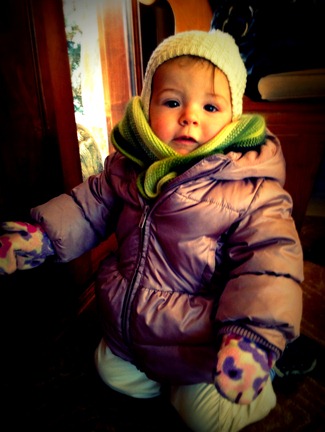 first day home in our snowy mountain home so dear included: bundling up…     then playing in the super sparkly snow…       cleaning out the attic at our old family home, which was just officially sold a few months ago… (we found some pretty incredible treasures like this 3x life-size poster from my dad’s gubernatorial campaign)             meeting my childhood best friend’s brand new baby boy… watching the sunset from the “this is the place” state monument overlooking the valley… riding the train to “candlelight christmas” at the heritage park… eating dinner in the old hunstman hotel… and strolling through the magical pioneer village, which included all kinds of fun things, the best being a beautiful live nativity.   four of my eight siblings came to my parents’ home in park city for christmastime this year. i have so loved being with them and being home . every time i come back to utah i feel incredibly grateful for and so adoring of where i came from.
1 comment
read more » 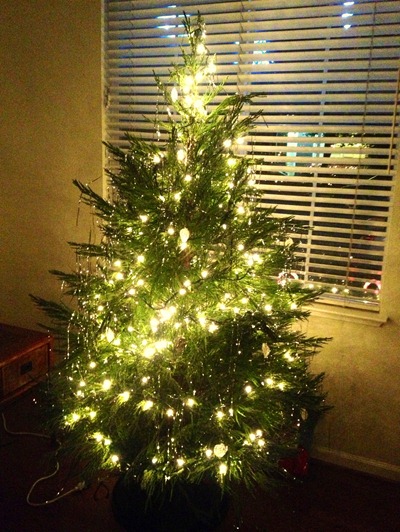 here’s my sweet little redwood christmas tree. i love it with all of my heart, but as you can see, i didn’t really dress it up very much. it is magical on a tight budget nonetheless, with two strands of white lights and a roommate’s few crystally ornaments, and a buuuunch of silvery tinsel from the dollar store. i have just loved turning on the lights when i get home and snuggling up on the couch by the glow of twinklelight. the tinsel made it look really tacky during the day but quite enchanting come nighttime. the last few weeks have been so full of christmas cheer. besides the events already noted, here’s some other things i did to celebrate the magic of the season: -visited the crèche exhibit , which is just incredible and filled me up with so much love for the baby jesus -went to see the lights at the oakland temple (we went to the courtyard on the temple roof overlooking the bay and it was so sparkly and beautiful and magical) -read christmas stories by the fire with brittany -w
1 comment
read more » 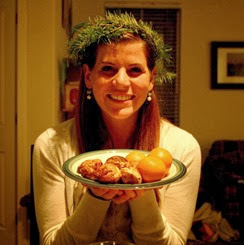 the feast day of st. lucia is december 13. and, as it turns out, st. lucia is certainly worth celebrating. lucy was a christian martyr during the diocletian persecution. after converting to christianity and consecrating herself to god, she refused to marry a pagan to whom she was betrothed, and gave away her wedding dowry to the poor. her former fiancé denounced her to the magistrates, who pledged to burn her alive. miraculously, when the guards came to take lucy away, she was so filled with the holy spirit that she was as stiff and heavy as a mountain. they tried hitching her to oxen, but still she would not be moved. they tried torturing her in other ways until finally they gouged her eyes out with a fork. in some stories, lucy grabbed her eyeballs and put them back in. bold and immovable in her convictions, lucy, whose name means light , became the patron saint of the blind. in scandinavia, the feast day of st. lucia marks the beginning of the christmas season. it is often cele
Post a Comment
read more » 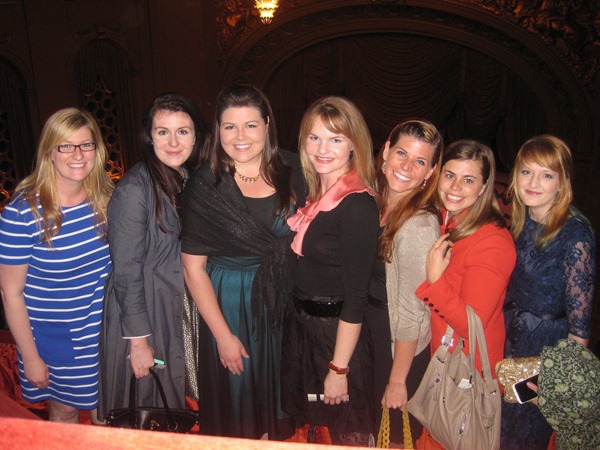 a couple of months ago i bought nine tickets to the san francisco ballet production of the nutcracker, and made giddy plans with girlfriends for an epic night out. after weeks of anticipation, the evening was absolutely enchanting and ravishing and lovely. i adore the nutcracker. it’s just such a dream. a handsome prince, a trip around the world, ballerinas in the most exquisite tutus, magic and music and movement…i love love love it. i was shivering with delight the entire ballet. my favourite part is the snow scene, which left me breathless and tingling from head to toe. seriously. in the last few minutes of the snow scene in the san francisco production, it snows hard on stage, like so hard you can almost not see the dancers. it’s just spectacular. i also adore the war memorial opera house. it was all decked out and gorgeously christmasy. we parked near red-and-green lit city hall and walked through the silvery streets of the holiday-clad city to the steps of the opera house wh
1 comment
read more » 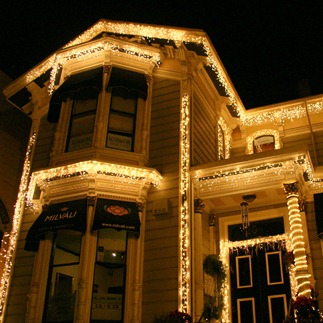 on saturday night, i got to take two of my favourite people on my “christmas trees of san francisco” tour. {last year here ; year before here }   we passed victorians and tree lots on our way to fisherman’s wharf. the tree at pier 39 sparkles like the eiffel tower!   i love the curtains of lights in the hyatt. it “snows” (soap bubbles) in the lobby every evening. union square christmas is nyc 5th avenue-esque. that’s saying a lot .   the life-size gingerbread house in the fairmont hotel is fun, and their tree is gorgeous!   the red tree at 555 california is my favourite. that’s where my old bakery bubble is, and the lights are wrapped temple-square-style. that’s saying a lot.     in the air there’s a feeling of christmas! it’s christmastime in the city! soon it will be christmas day!
4 comments
read more »

scenes of saturday in the city 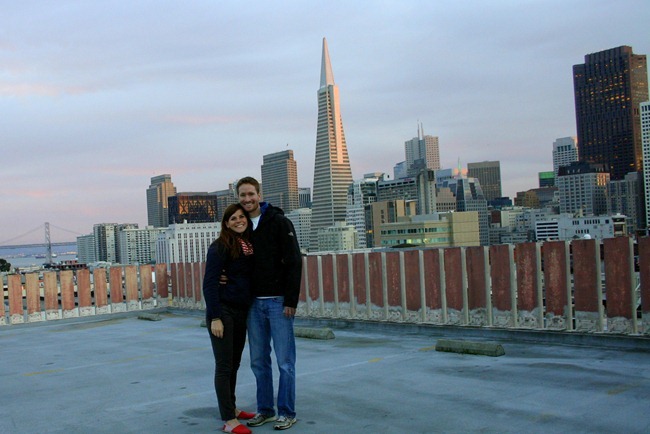 i spent last saturday showing this boy some of my favourite spots in my city. we went to the ferry building market, sat on the sand at china beach for a little while, wandered through chinatown and north beach, and ate pizza on my rooftop at sunset. these are place in san francisco that i can go to over and over and over and still get excited about.   my heart is growing and glowing.
4 comments
read more »
More posts