Showing posts from September, 2015
Show All

this year, the boy and i were in charge of planning and executing the eyrealm reunion. four and a half days, forty six (mostly quite strong-willed) people, quite a task. we started planning on our trip and in all those months leading up to july 8-12, it was a lot of work! but it was also a lot of fun. bless the boy’s golden heart – entered the family only nine months prior yet jumped right in to reunion planning. we really did have a great time working on this together, but we are also pretty glad that we don’t have to do it again for another nine years! {one of us nine siblings takes our turn, in birth order, planning the reunion each year} we decided to make “around the world” the theme for this year’s reunion since between the forty six of us we had spent time in twenty nine countries in 2015! it was a big year for eyrealm travel! at the reunion, we sorely missed my brother jonah and his wife and kids who were living in europe this summer (and still are). the theme helped us to re
5 comments
read more » 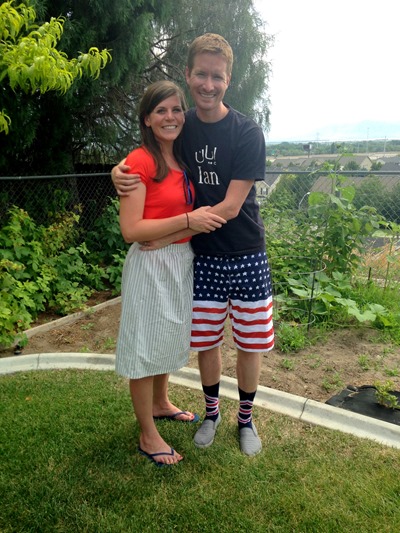 we got back to utah from our 47/48/49 road trip just in time for the fourth of july. the past three years we have spent independence day with the boy’s extended family in provo – such a good place to celebrate in and such good people to celebrate with.{last year here ; the year before here } i love it. each year we get up early to see the hot air balloons, spend time with siblings, watch the parade, drink byu creamery chocolate milk, attend the big family bbq in grandma and grandpa’s back yard, take a nap in the hammock, get a milkshake at purple turtle, and watch, from the front lawn, the little fireworks shot off by uncles and cousins as well as the big fireworks reaching into the sky from the distant stadium of fire. i love it! oh and of course every year we wear patriotic outfits (and take a photo in the grandparents’ back yard)! this year ian added in a shirt from the uae in light of our travels and union jack socks in light of our impeding move :)       ^^ they didn’t send of
Post a Comment
read more » 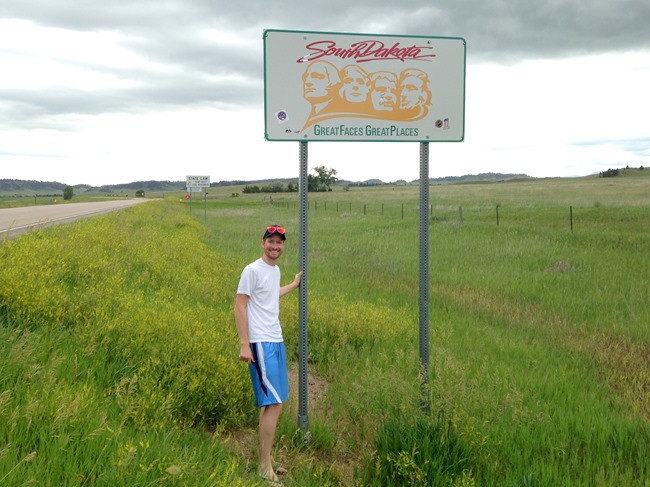 here’s the thing. as of june 2015, the boy had been to forty six of our fifty, nifty united states. he had this little dream deep in his heart to have step foot in every single state before he turned thirty one. he was missing north dakota, south dakota, nebraska, and alaska. we tried to figure out a way to get to alaska before we left for london, but it was just too much. but we figured we might as well get him to forty nine in his thirtieth year, and planned a pretty epic three-day road trip to make it happen. we flew into denver, rented a car, drove to mount rushmore, stopped by wall drug and badlands national park, and stayed at one of ian’s former student’s family cabin in the black hills. the next day we popped back into wyoming to see devil’s tower (why not?!) and then drove north dakota basically end to end and stayed at ian’s brother’s wife’s mom’s house. the following morning we headed to omaha and the mormon trail center at winter quarters, and then drove through a lot
7 comments
read more »
More posts