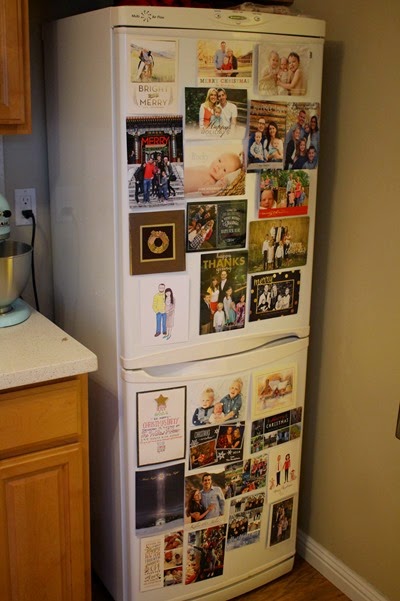 we left to head east across the united states at 5:30am on christmas eve (after we’d packed up and finished reading a christmas carol well past midnight – eek!). i was a little melancholy leaving our cozy, decorated space knowing that when we come back all the christmas-ness will be over. i think i’ll leave all <-- these cards up on the fridge/freezer for a while, though…i love having the faces of so many loved ones right there in the kitchen with me!

we flew to las vegas and then to columbus, ohio, where we met the boy’s brother on the airport curb. i drove through a corner of ohio a while ago, but other than that i’ve never been here (and haven’t spent much time at all in the midwest generally). we went straight to the boy’s brother’s wife’s parents’ house (christmas with the in-law’s in-laws!) and were so excited to see our nephews and niece! we did a little nativity play, ate delicious mexican food, had a talent show,  and hurried home to get to bed before santa came. the boy and i gave each other one present before going to sleep – new pajamas! 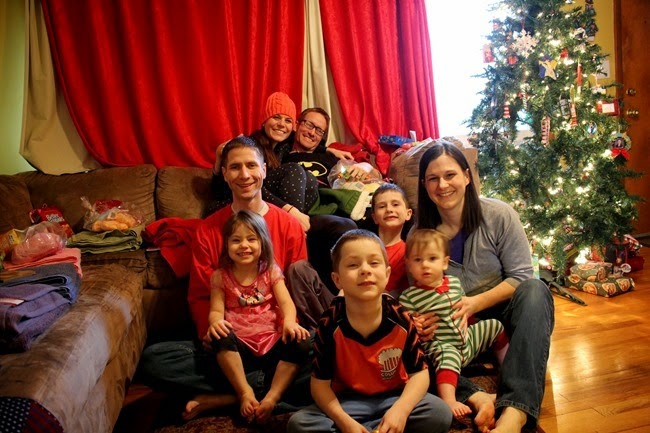 we woke up to our nephew josh flipping on the lights and exclaiming “it’s time!” it was pretty exciting to see what santa had brought for us all! after delighting in treats and toys and breakfast, the kids chose their very best present to give away (they had decided as a family beforehand that they’d like to give their favourite presents to some kids in another family that needed them a bit more). we delivered those gifts and brought some christmas cheer to a home in a different neighborhood, and then came back to open presents from each other, feeling abundantly blessed. 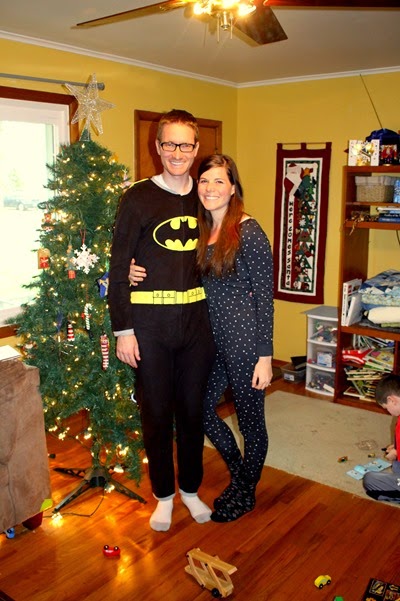 the boy and i stayed in our pajamas until late afternoon. yes, his fleece batman onesie has a cape <—and was quite the hit with the nephews. we ate treats and built with legos and then went back to the in-law in-laws for christmas dinner, pie, puzzle making, and more present opening. the boy and i facetimed with our parents and with my siblings and his other siblings, and it was so fun to share in christmas joy. after we came home and the kids went to bed, the boy and i stayed up late playing games with his brother and his wife.

and the 26th has been the best just hanging out, playing games and with new toys. in the morning we head to our next stop – pittsburgh, then on to new york city on the 29th and boston on the 31st. five sibling visits in one trip – not too shabby!

merry christmas everyone! i hope your holiday was full of joy and love and excitement and magic, like ours was.
celebrating family road trip