forty seven hours on a train 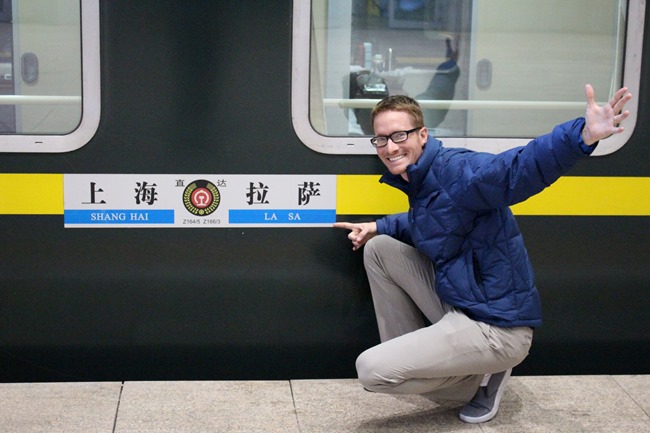 we spent forty seven hours – very nearly two entire days – on a train from shanghai to lhasa, tibet. we saw a lot of chinese countryside, slept two nights in our little sleeper compartment, made some friends without using words, climbed 18,000 feet up and along the tibetian plateau, watched miles and miles of tundra and mountains sweep by, and survived the bathroom situation. it was a crazy awesome adventure. 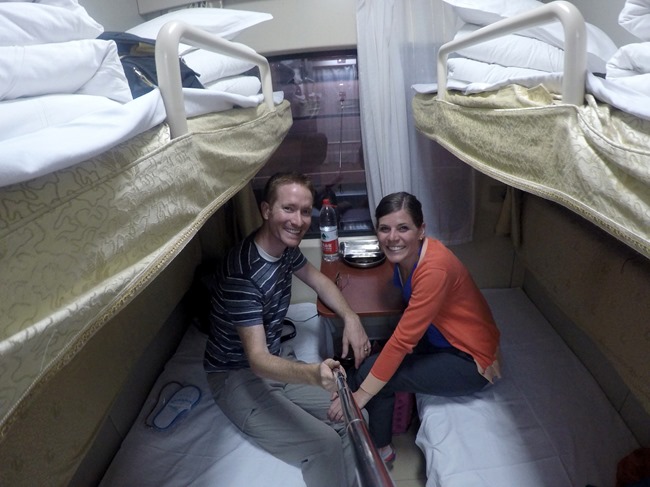 ^^ when we first got on the train, all bright eyed and excited. by hour forty four or so, we were looking and feeling a little bit different :) ^^ 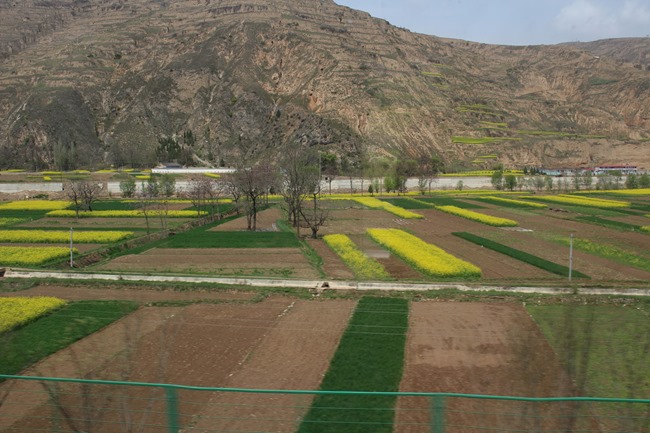 ^^ the landscape changed over the hours and was often beautiful and often hard to capture. don’t mind all the window glares in the pictures below! i loved these fields of bright yellow flowers. ^^ 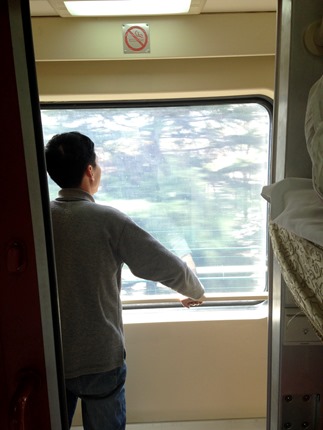 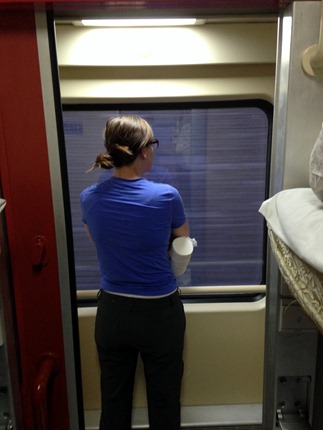 ^^ watching the world go by through day and night. the guy on the left was in a compartment a few spots away from us down the hall. he spent about 95% of the waking hours standing or sitting by the window, silently watching. we appreciated his ability to be still and take in the world around him. ^^ 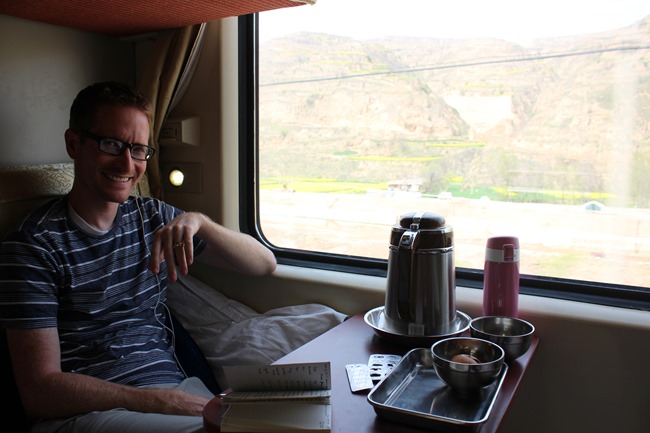 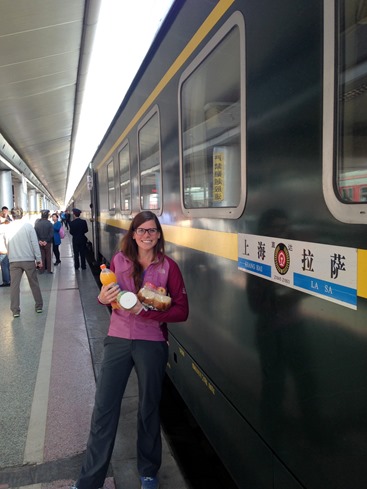 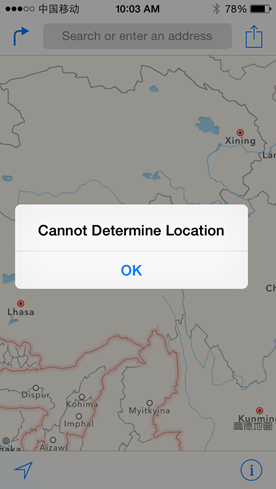 ^^ we made a few stops along the way at stations where we could hop off to stretch our legs and grab some snacks. we did eat one meal in the dining car, which was a fun experience, but ate food from the stations otherwise // we liked to watch our progress on google maps, but there were many times when we got this message! ^^ very remote. 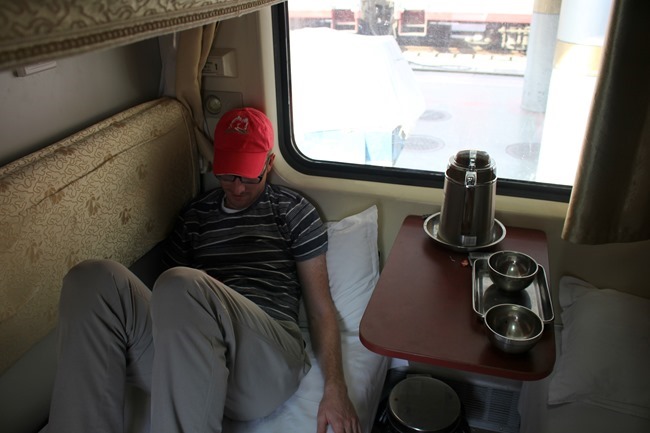 ^^ snow-capped mountains started appearing before too long as we gained more elevation. we were also amazed at how many high-rise apartment buildings we saw along the way (tons already built and many more in the process of being built). ^^ 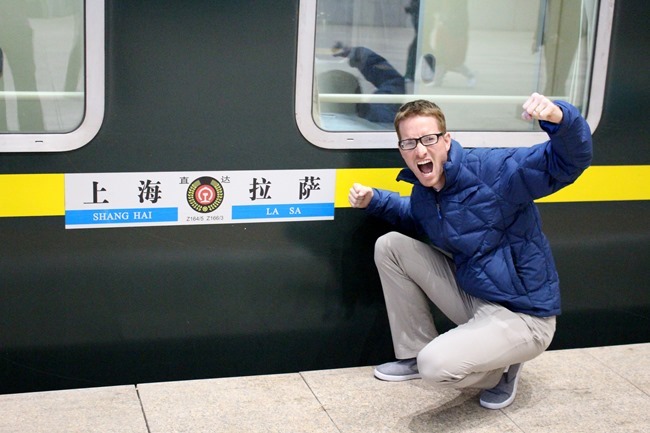 ^^ ian being excited about our journey at one of the stations ^^ 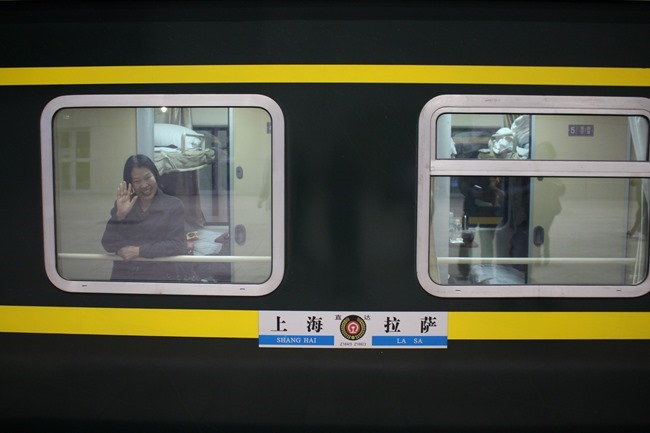 ^^ this is our compartment-mate. we could not communicate with more than three or four words with her, but we became fast friends. she was the absolute sweetest and continually offered us food from her bag. she also made sure i had medicine when i was sniffling quite a bit (head congestion can be very dangerous when gaining a lot of elevation over a short period of time). she had family members in the compartments down the hall. we had a fourth occupant in our little room for just a few hours sometime in the middle of the journey – he hopped on about midnight and left about 5am! other than that it was just us and this wonderful lady, our new friend. we were absolutely delighted when we happened to run into her in lhasa the day after our train arrived! ^^ 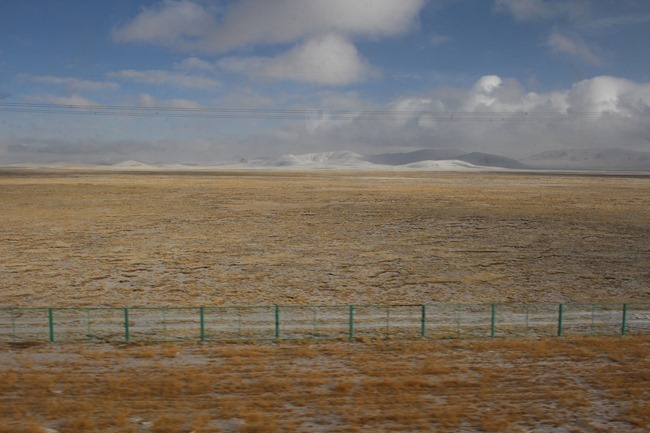 ^^ the landscape shortly after we watched the sun rise over the tibetian plateau. ^^ 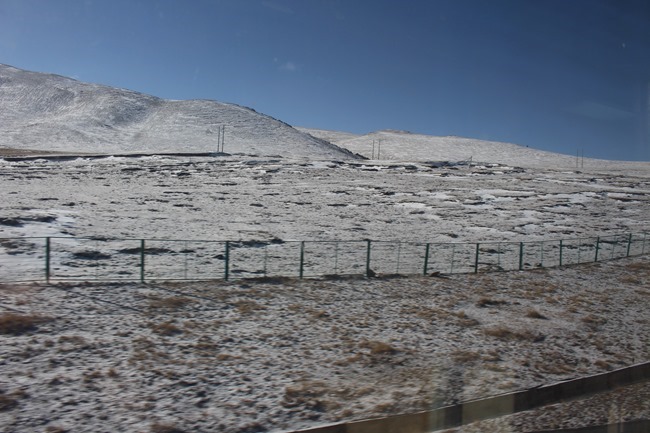 ^^ more and more snow showed up the higher we climbed. ^^ 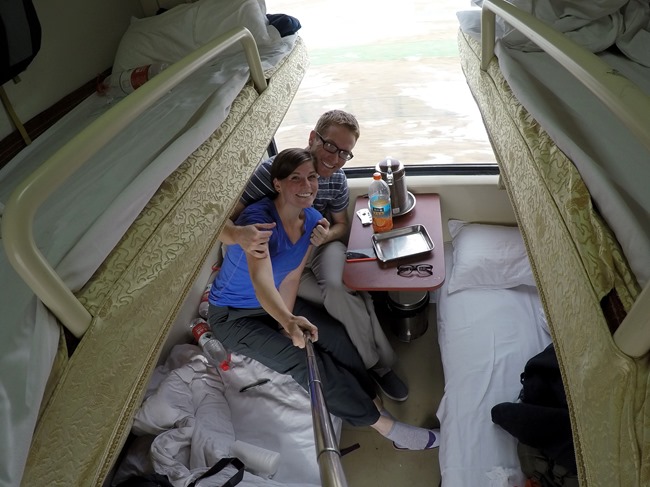 ^^ this picture could have been taken any time during our journey – same clothes, same activities, same space! ^^ 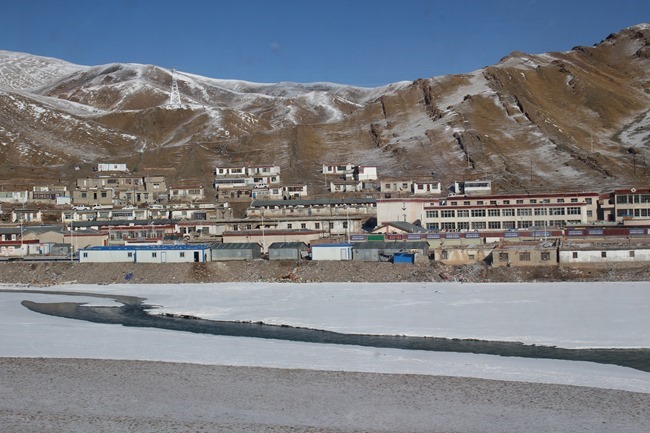 ^^ towns popped up every once in a while along the plateau. incredibly remote. ^^ 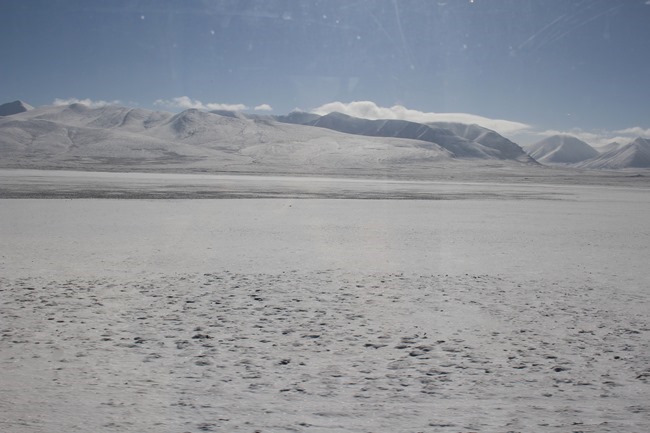 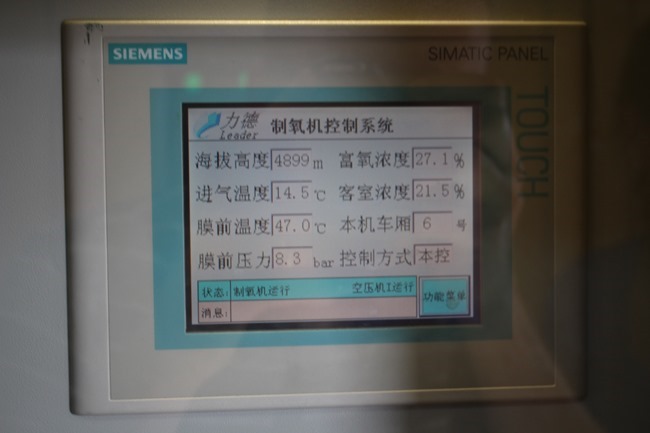 ^^ we checked in on this meter every once in a while to see how high we were getting and the temperature outside. we definitely started to feel the elevation as the train climbed up and up. it was evident that almost everyone in the compartments around us did as well. (we all became quite lethargic, short of breath, and achy.) ^^ 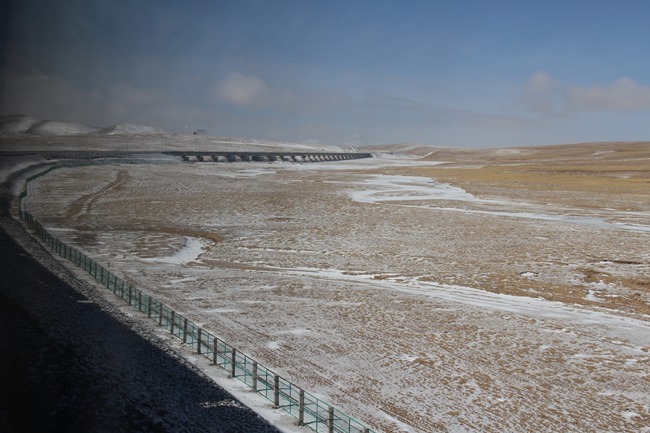 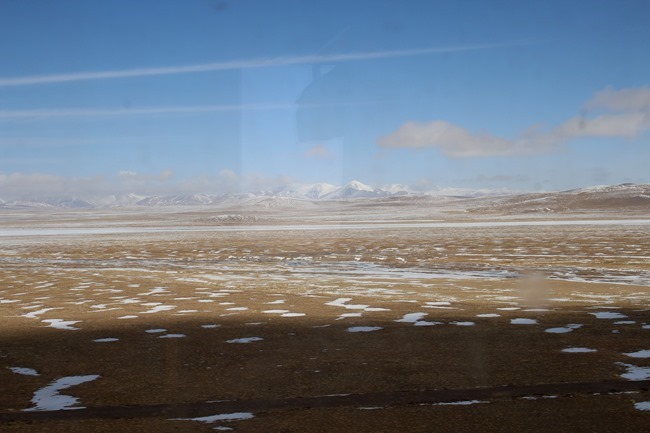 ^^ sometimes we felt like we were on another planet. hours and hours of this. ^^ 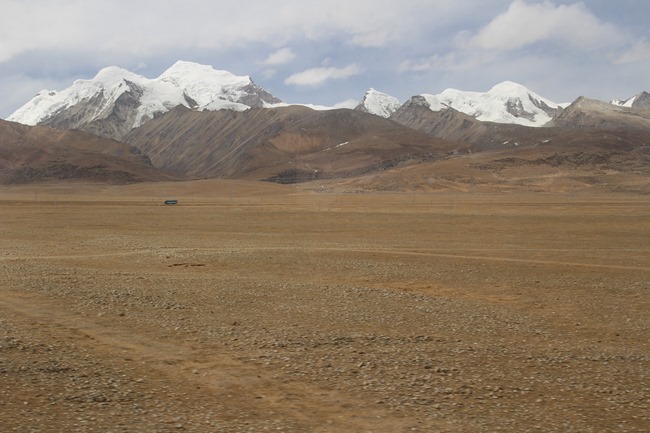 ^^ see the bus on the road? where in the world did it come from and where the world is it going?! we hadn’t seen a town for a looooong time. ^^ 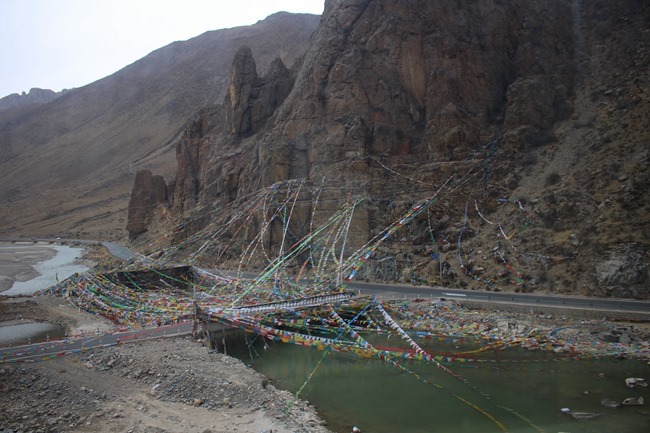 ^^ prayer flags galore as we finally approached the city of lhasa. i really wanted to see prayer flags in tibet and nepal. as you’ll see in coming posts, i certainly saw a few prayer flags! ^^

the journey was pretty epic.

the train ride was the bit of the trip the boy was looking forward to the very most, and he couldn’t stop talking about how cool it was the whole first day. he started talking about how we should ride the entire transiberian railway (nearly a week on a train!). about hour forty four, he broke. he was ready to get off that train (i was too)! during our first hours in lhasa, our brains felt like they were swimming (altitude side effect) and our bodies felt like they were swaying (being on a moving machine for two days side effect). we were so excited to eat a hearty meal, use a clean bathroom (i’ll spare the details on the train bathroom!) and sleep in an immobile bed. 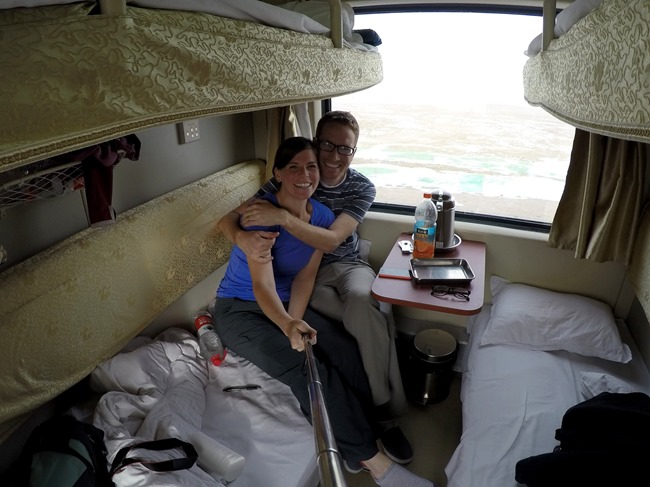 around the world in eighty days china