one thing i really love to do while traveling in different countries is browse grocery stores. it just seems like such a good window into everyday life in a foreign place. i enjoy discovering a new normal – what kinds of snacks are popular and thus displayed at the front of the shop, the unfamiliar varieties of familiar brands, the prevalence of different food groups in different sections, even the way toiletries and other non-edible goods are organized on the shelves. 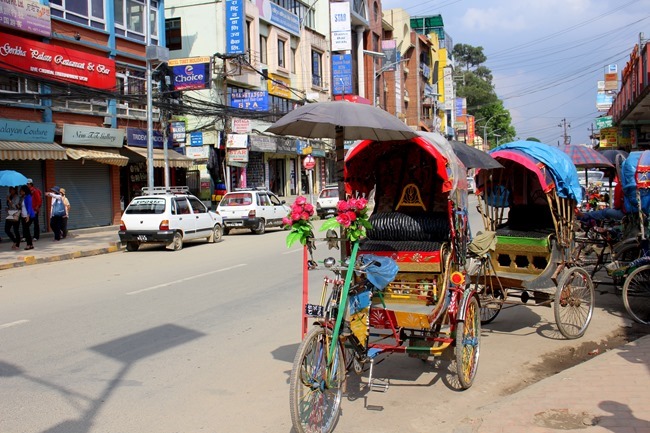 the evening before we left to the mountains for our trek through the nepali himalayas, we walked to the corner grocery store near our hotel to buy some things. i had something stuck in my teeth and since i had run out of floss, i had been looking for some in grocery stores in tibet but had been unsuccessful. after we gathered up some commonplace but new in brand/design/flavor items, i asked the man at the till if they had any dental floss. he said yes and pointed it out to me on a high shelf.

as the boy was finding bills to pay, i opened the floss package, pulled some out, and started to maneuver the string in between my back teeth (my gums were a little angry and i was pretty eager). when the man behind the counter who had showed me where to find the floss looked at me curiously, i realized i was being very impolite, immediately stopped flossing and apologized.

no, no, he said, please keep going.

i was confused! i was sure his look had been disapproving, but in reality he was intrigued. i’ve always wondered how that is used, he said. will you show me?

the boy and i smiled at each other and happily obliged – we taught that man who had sold floss in his shop for years what flossing was and gave some tips on how to do it. i was glad that the boy remembered to warn our new friend that his gums would probably bleed the first few times he flossed, since he never had before! we recommended regular use :)

this experience was poignant for us – a reminder among many others throughout our trip that the commonplace is certainly relative, and that simple knowledge and conveniences are certainly blessings.

around the world in eighty days nepal reflections