sleeping in a cave, an underground city and surprise mountains 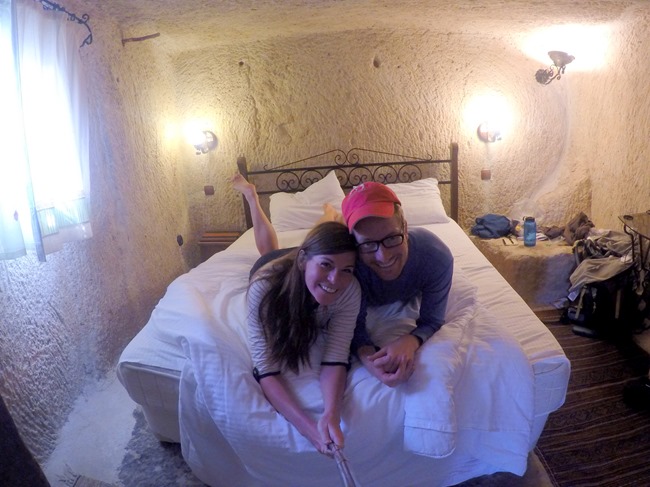 in cappadocia, we slept in a cave. deciding on accommodation there took by far the longest of any of our destinations while we were planning the trip, because there are soooo many super cool cave hotels! we were kind of obsessed with sorting through the different cavey room options, and once we got to our hotel we were kind of obsessed with the cave dwelling experience. i mean…our bedroom was literally hewn out of rock. 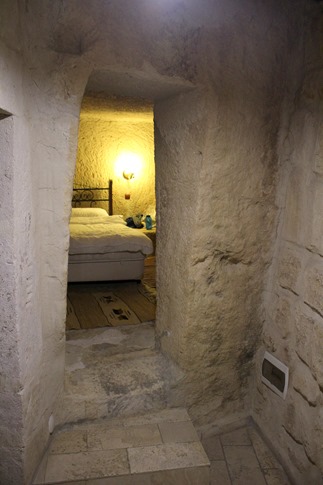 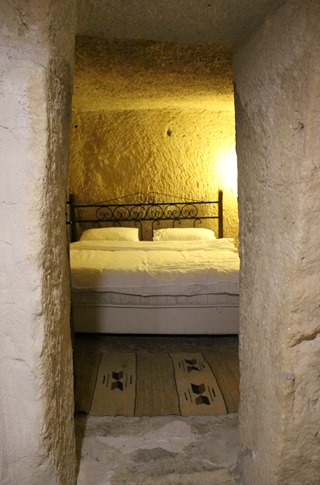 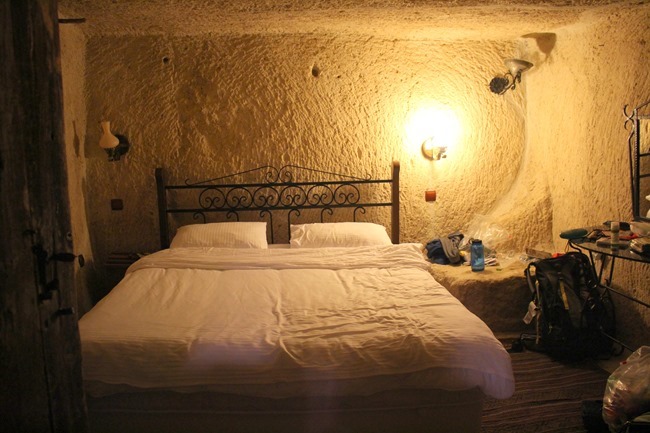 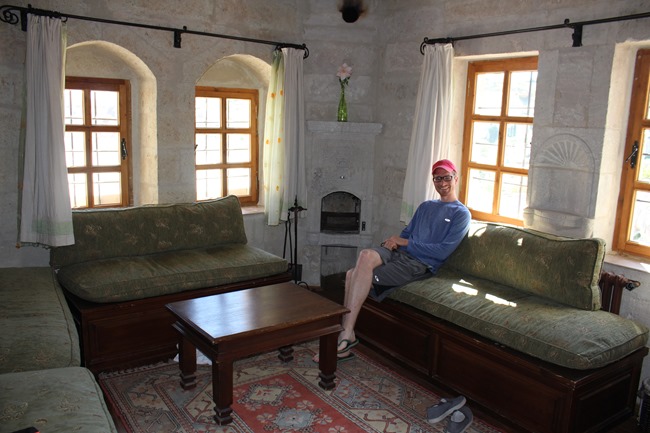 ^^ we also had this sweet little sitting room attached to our bedroom! cappadocia was one place where we splurged a bit on accommodation, because it’s such a part of the experience! ^^

on our last morning in cappadocia, i woke up early and walked down the street of our hotel to watch the balloons fly. it was pretty otherworldly to watch, especially because we had been in one of those balloons! and just because it was so mesmerizingly beautiful. 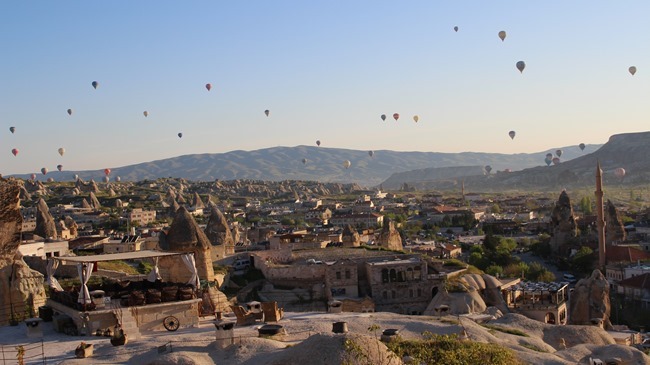 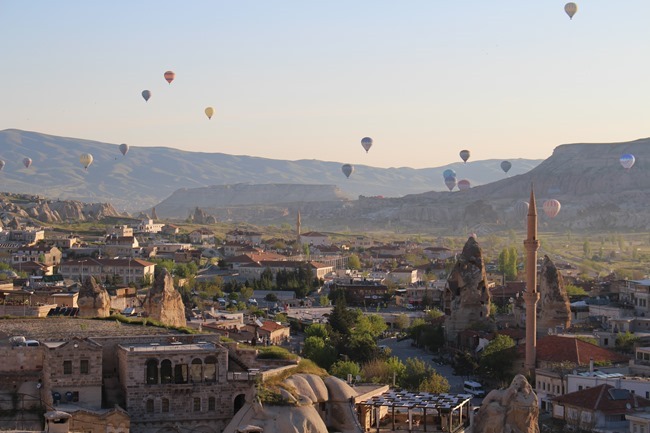 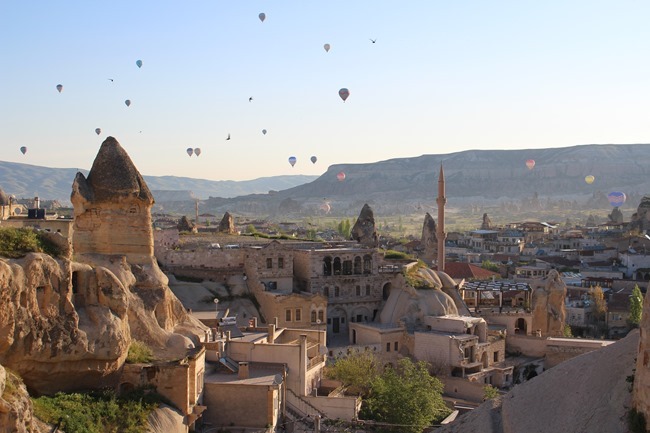 and then i came back for breakfast on our terrace at the hotel. aren’t the eating options and the setting so pretty? 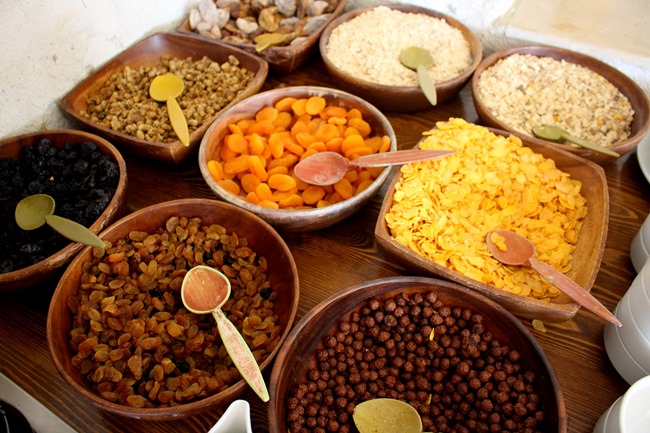 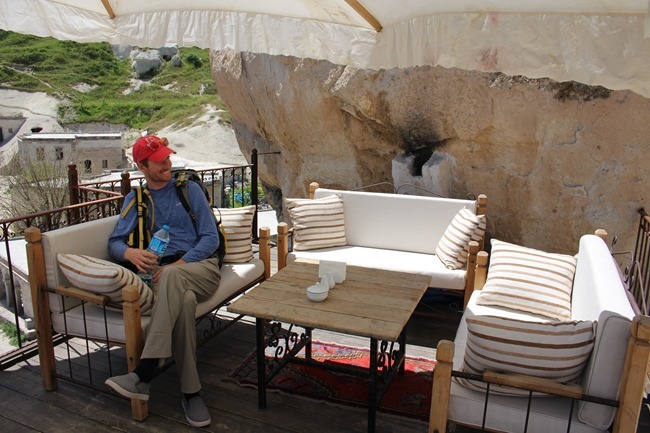 after breakfast, we drove to the derinkuyu underground city – one of many (most of which are not fully excavated) ancient, multi-level subterranean communities in the cappadocia area. approximately 20,000 christians (and their livestock!) lived up to 60 meters underground in this city sometime between the 5th and 10th centuries, in efforts to protect themselves from persecution. it was absolutely crazy to descend down into this space and imagine life there – a humbling and fascinating experience. we explored around what used to be homes, meeting places, churches, schools, wineries, etc., through many very narrow and very short passageways. amazing. 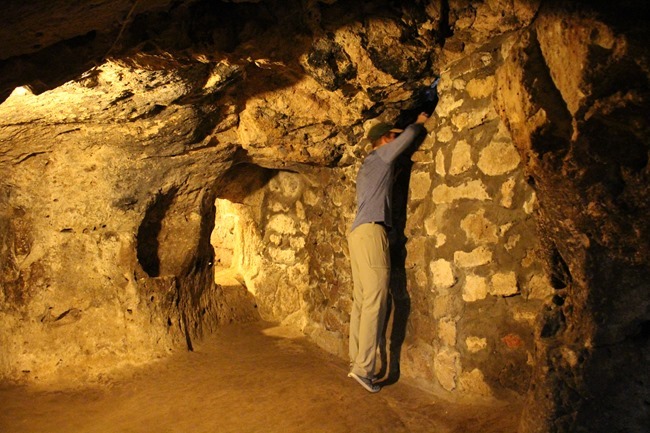 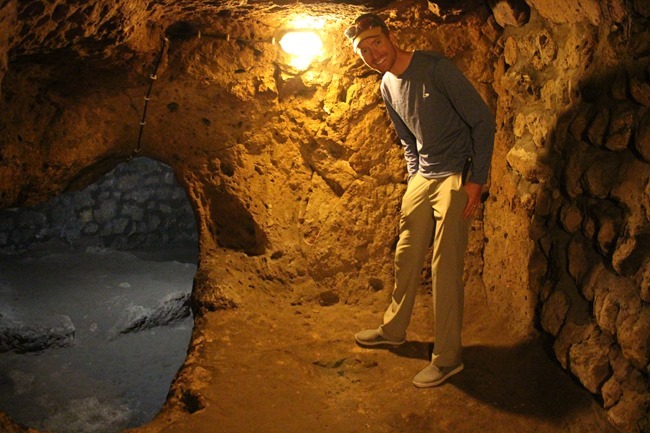 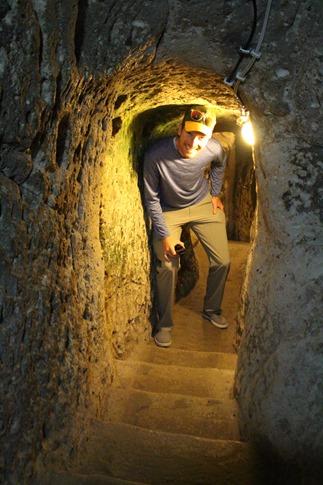 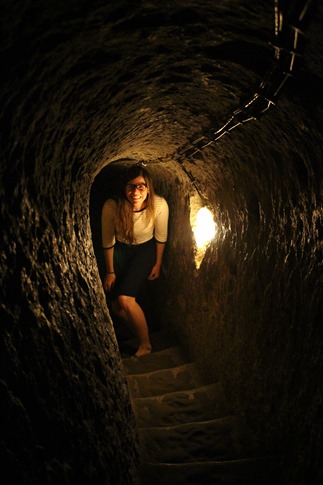 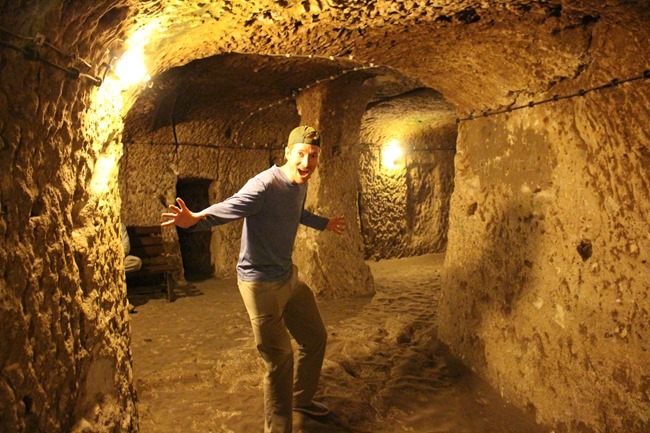 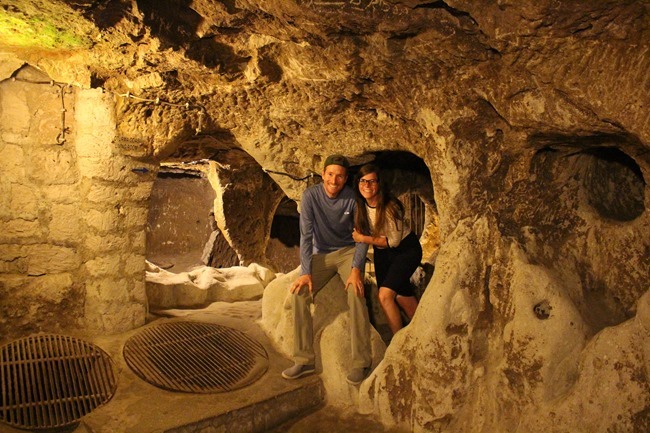 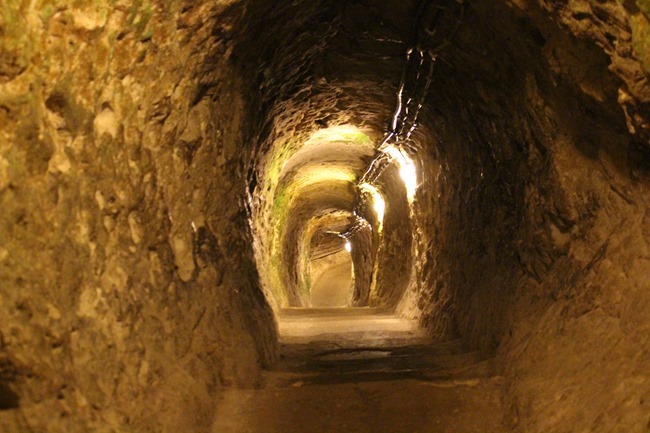 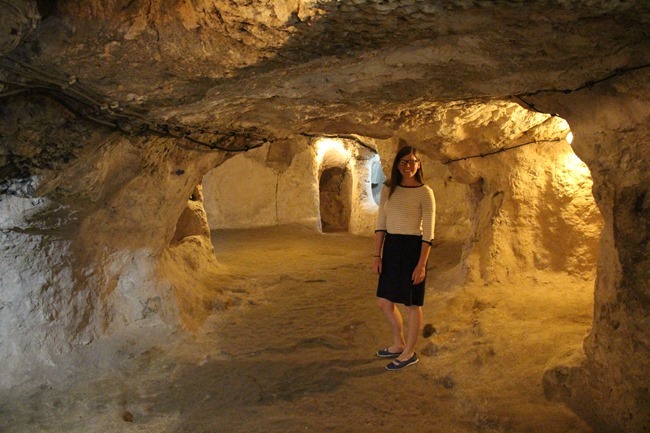 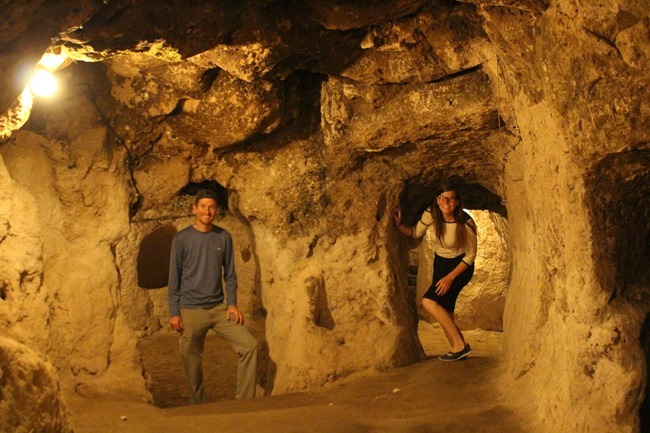 we stopped for some treats – freshly squeezed pomegranate juice and theeee most delicious turkish ice cream (both of which were on so many street corners everywhere we went) and then continued our drive back around to goreme, but the long way. we were totally surprised to find, so close to the wild fairy chimney formations we had flown over and explored, massive snowcapped mountains and stretching vivid green fields.  isn’t that little town in the shadow of the peaks so so charming?! 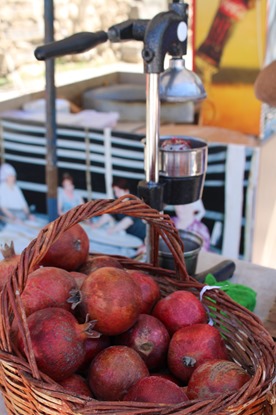 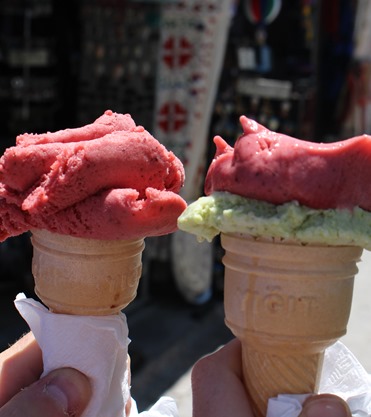 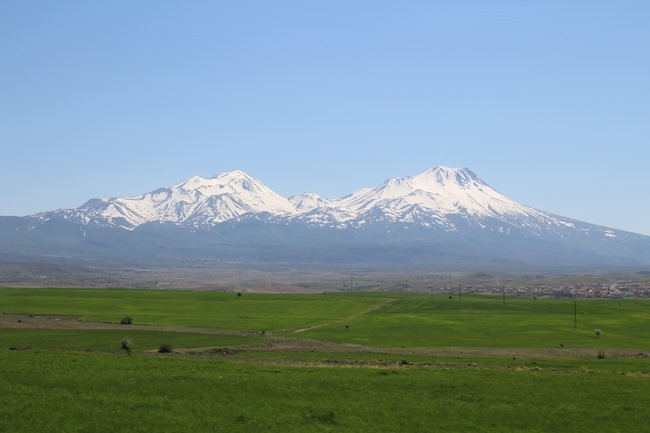 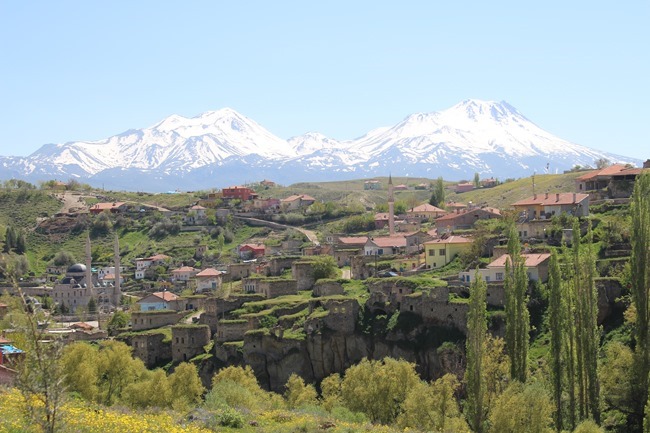 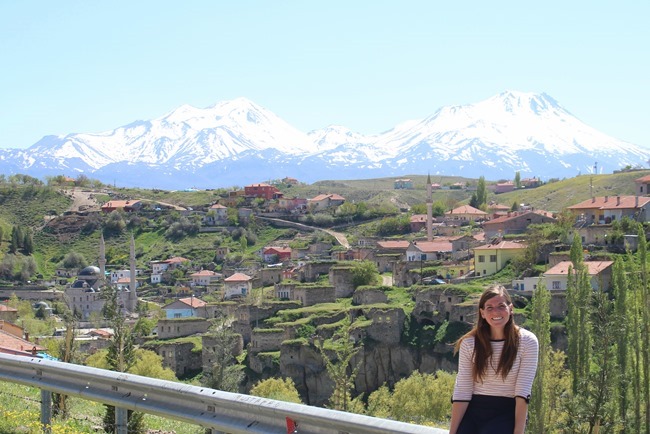 we stopped at ihlara valley, yet another different geological wonder in the area. the steep, jaggedy walls of the valley were carved by volcanic eruptions, and the river flowing through was refreshing to take a little stroll along. there were also some ancient churches carved out of the cliffs with amazing, well-preserved frescoes. 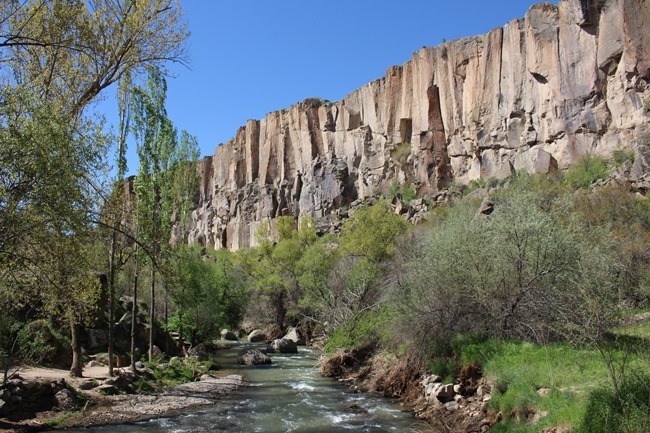 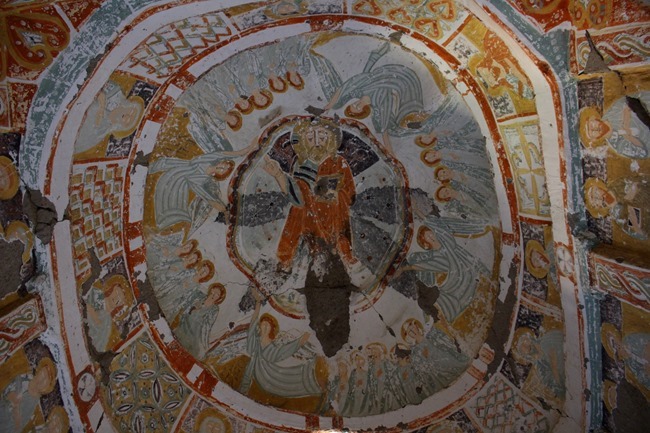 before we left to go back to the airport and fly to istanbul, we stopped at a cafe with a sweeping vast view of cappadocia badlands – a perfect ending to our time in that magical place. 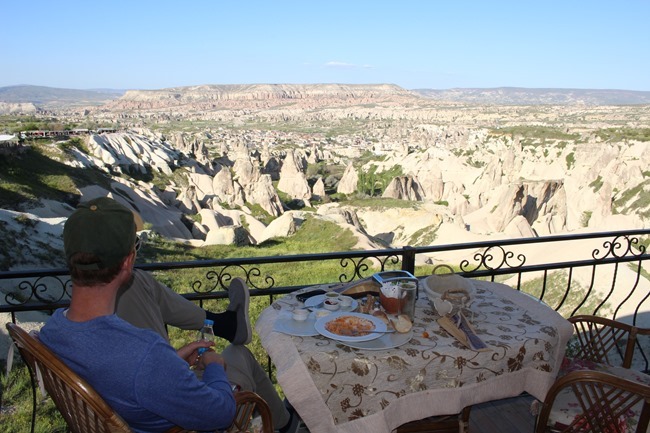 around the world in eighty days turkey