ten thoughts on a wednesday |48| 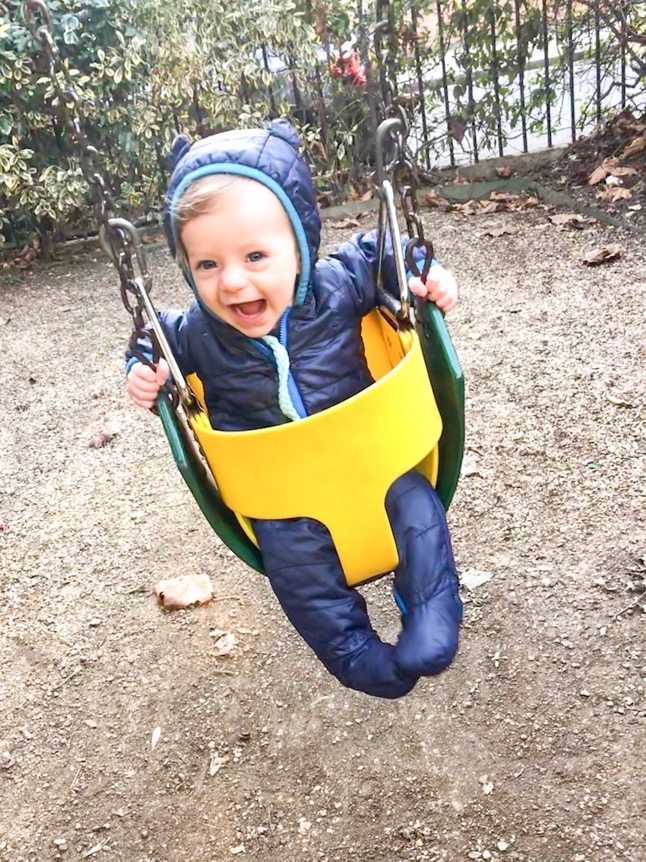 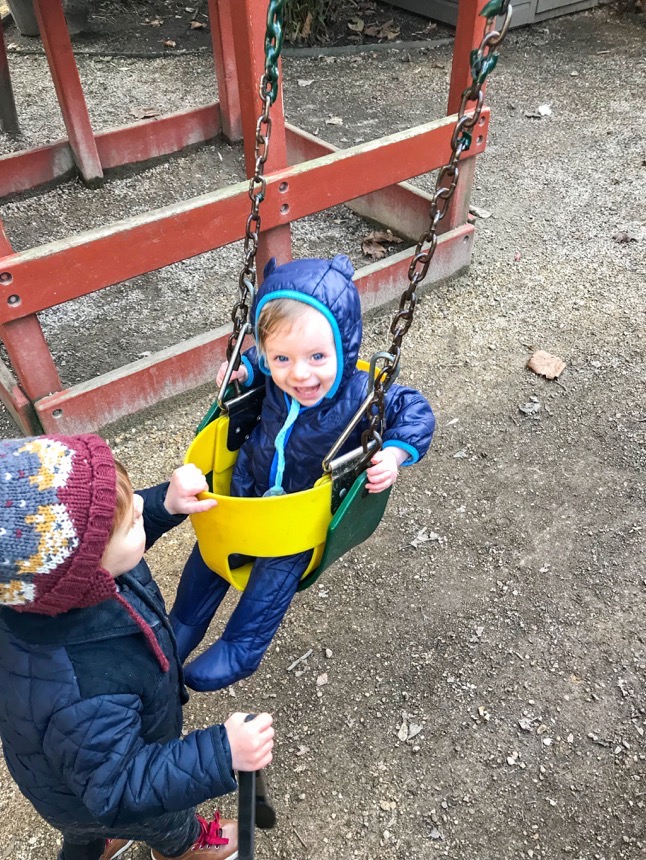 one.
i'm taking january off of social media (which, for me, includes mostly instagram and a couple of facebook forums/groups). i've had a few "social media breaks" in the past, but this is the longest i've ever gone without scrolling through online "feeds" since they became a thing (which is kind of crazy, when you think about it!). i'm just trying to take a step back and consider the purpose of social media in my life. it is definitely something that i want to be a part of my life but i want to be thoughtful about what amount and type of space it fills in my every day. it's wild to think about how much this online world has expanded in the past few years. i absolutely love keeping up with friends and family and gaining information and inspiration from different sources through social media. but it feels good to be on a bit of a break.

two.
last saturday, gabriel had his first haircut! since the moment this little guy was born, we have adored his wild and awesome hair. but it was time to tidy it up a little :) 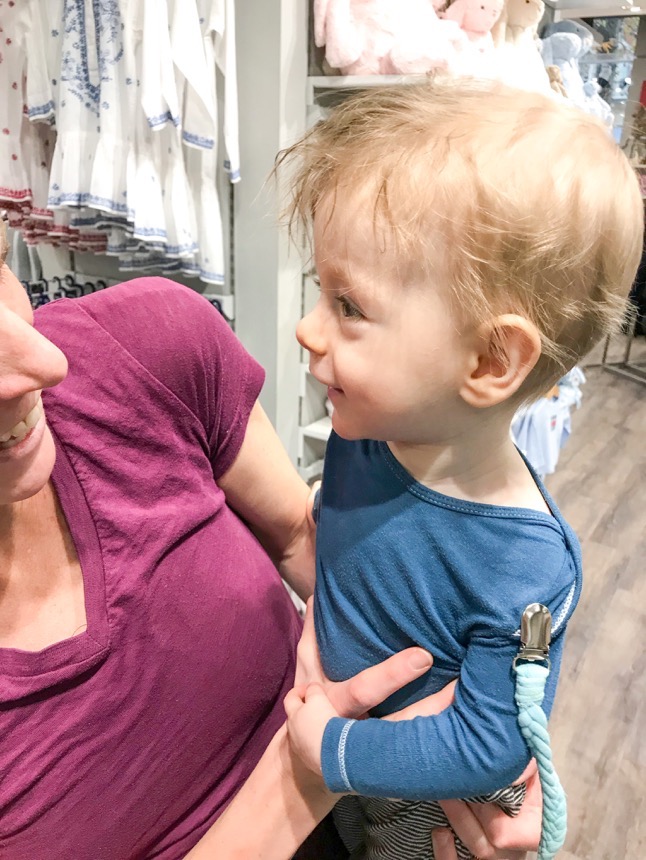 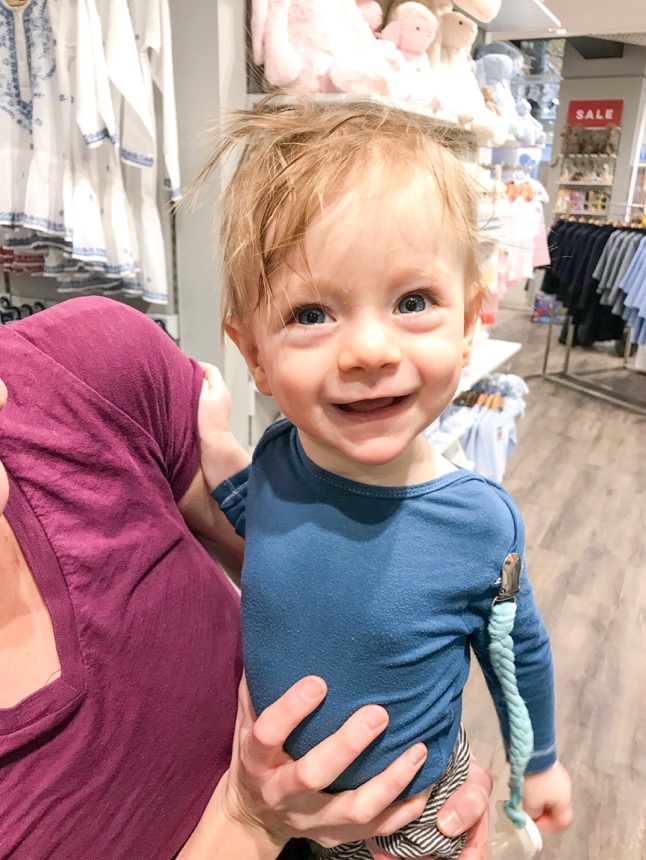 little gabe was a champ throughout this new experience, and got to have his big brother right next to him also getting a haircut at the same time. he now looks so much older to me! 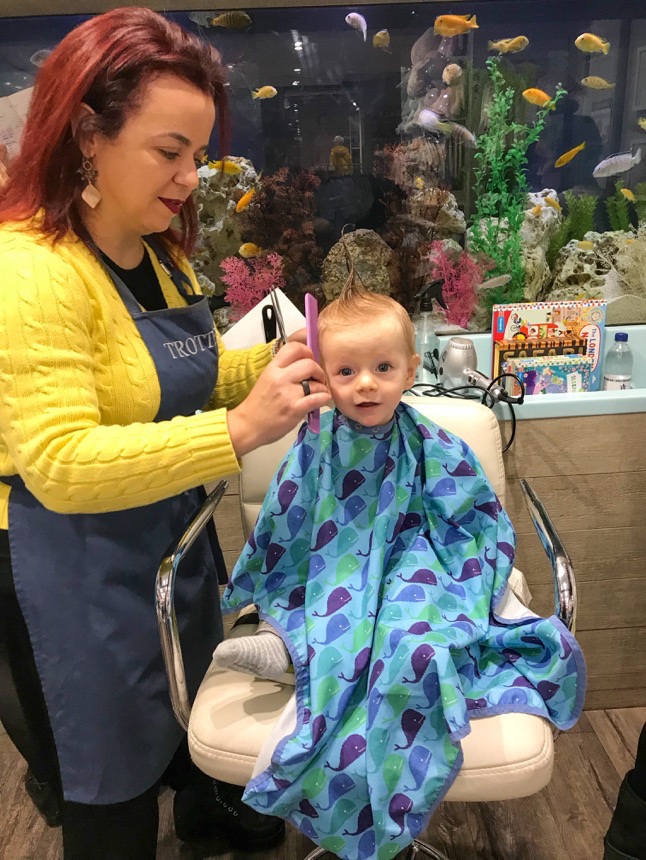 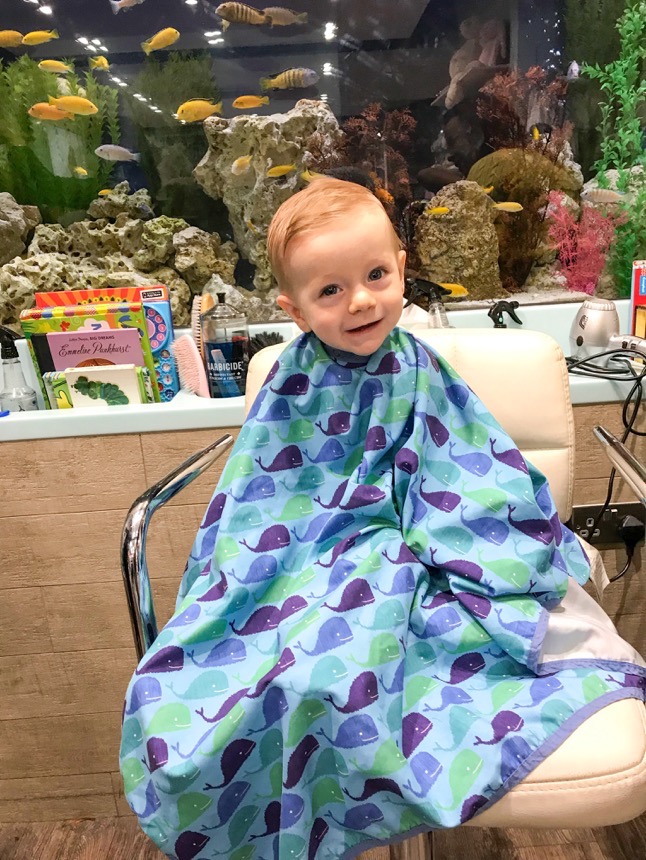 three.
it is sooo dreary in london these days. i always say that london is spectacular ten months of the year (not just great, but truly spectacular) ... but we pay for that a bit with january and february. it's not frigid cold (which i appreciate), but it is just sooo gloomy with really short daylight hours and gray skies. i feel so lucky to have a beach vacation to look forward to: we are going to the canary islands at the beginning of february! we are using hotel points to stay for free at an awesome resort on tenerife, and even though it won't be swim-in-the-ocean warm, there will be heated pools and balmy sunshine. and no sightseeing schedule - just relaxing and playing and being together. i'm so excited.

five.
a couple of weekends ago ian cashed in on a christmas gift i gave him - tickets to ride the longest slide in the world! how random is that?! ha.
at olympic park in east london, where many of the events were held during the 2012 olympics, there's this crazy structure called the arcelormittal orbit. it is britain's largest piece of public art, a sculpture and observation tower. and, as of 2016, it has been home to the world's longest slide. ian somehow learned about this and got so excited about it (this kind of random, record-breaking thing is right up his alley). he had been wanting to go for ages. so i scheduled a babysitter, bought tickets for early january, and wrapped them up for christmas morning.
i have to say, riding that slide was seriously really, really fun. and we had a great time exploring the observation tower and bits of the park. 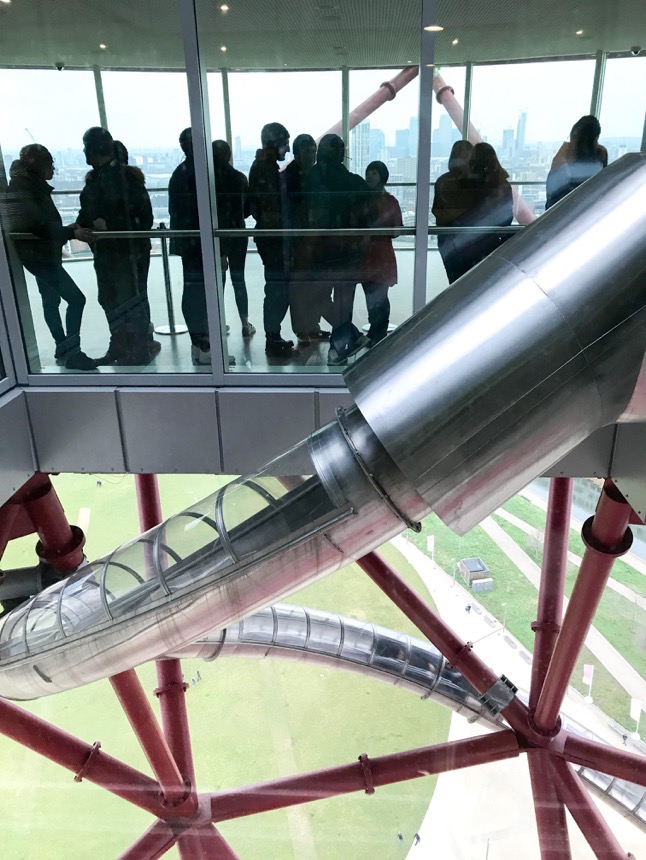 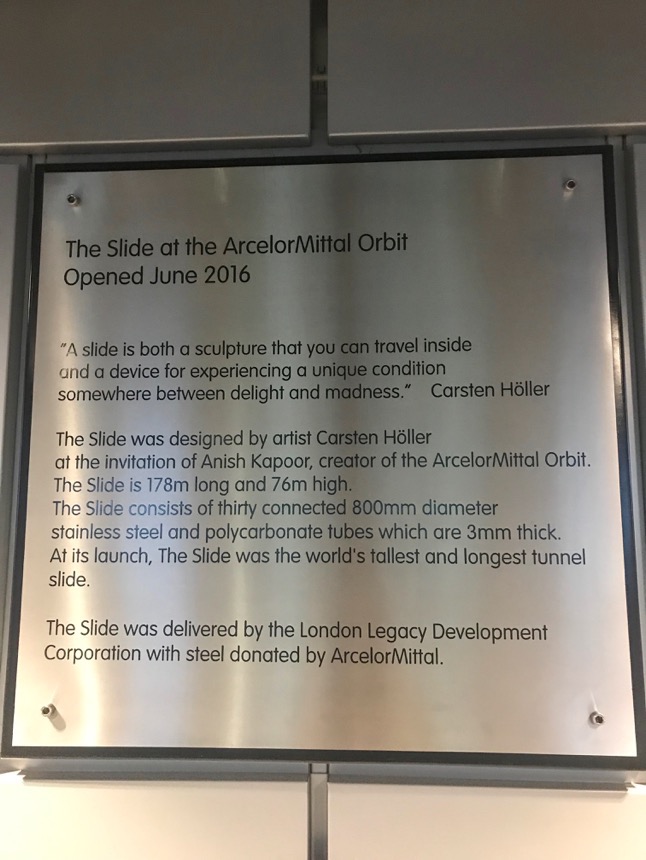 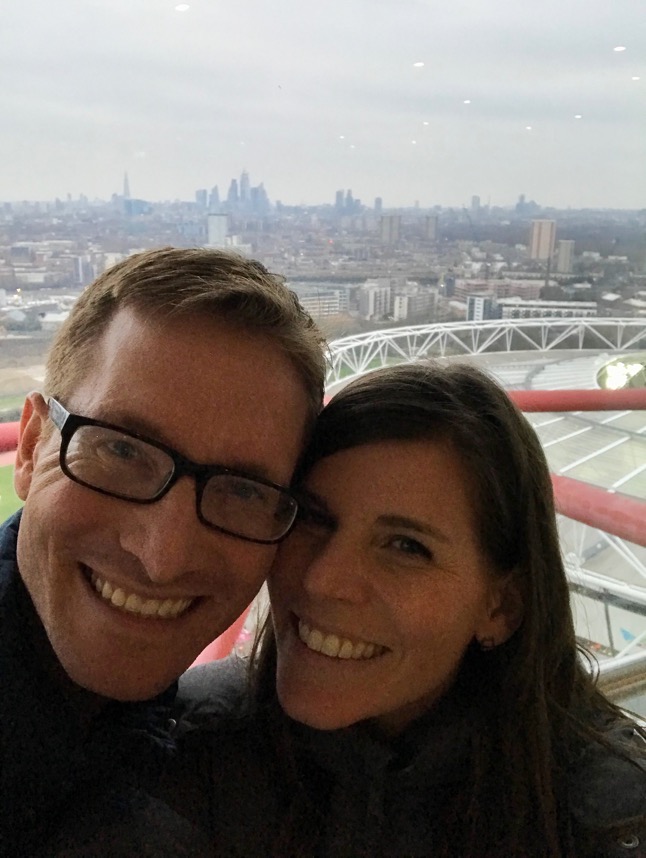 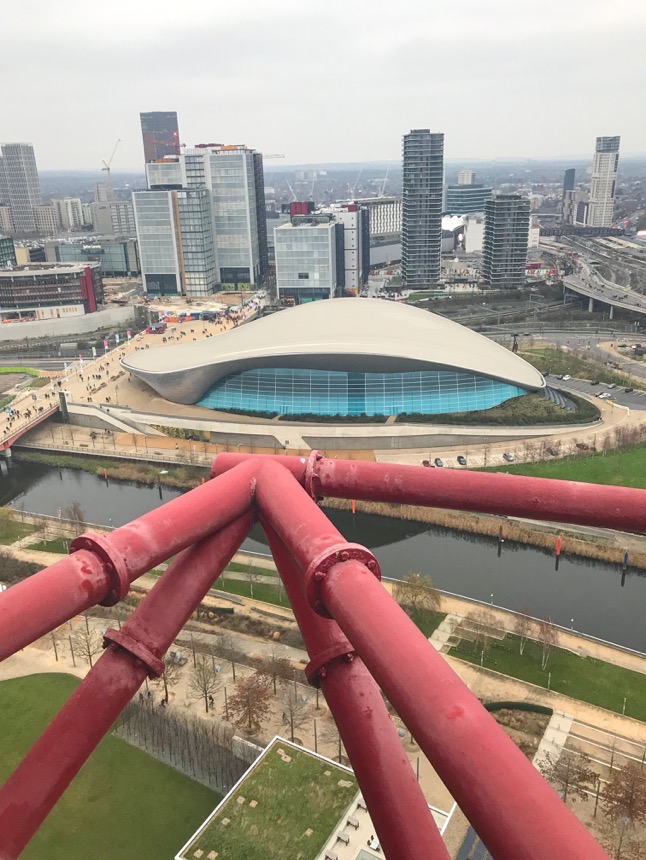 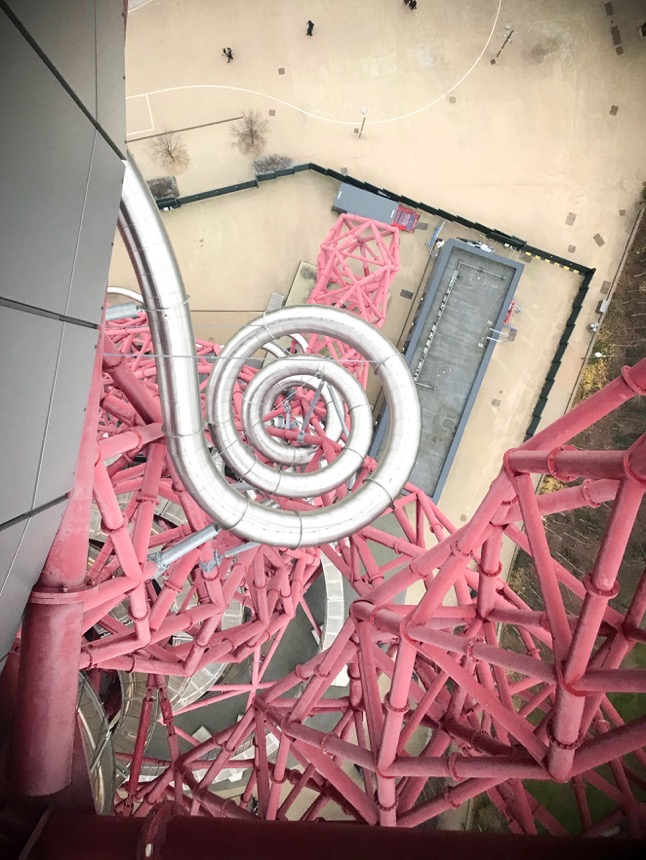 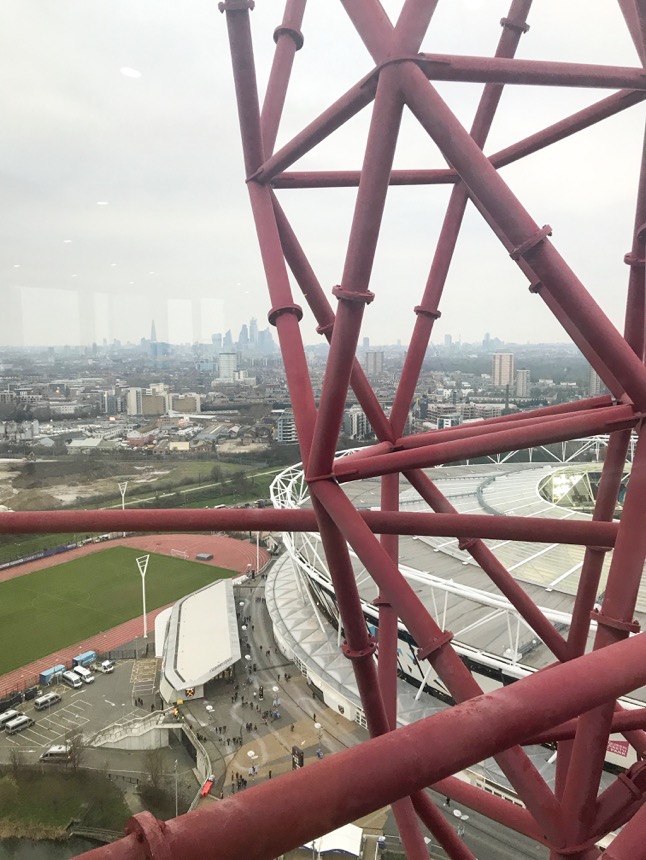 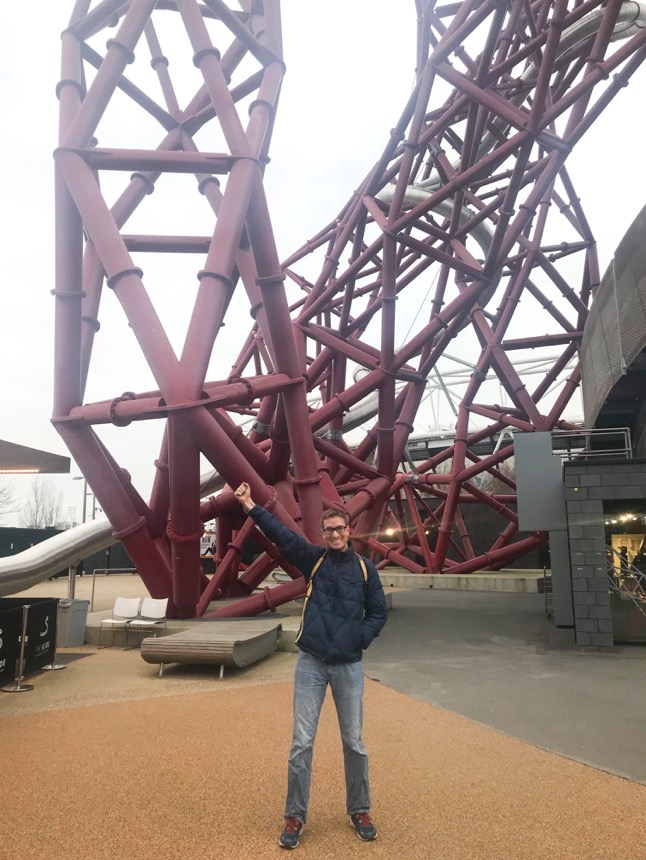 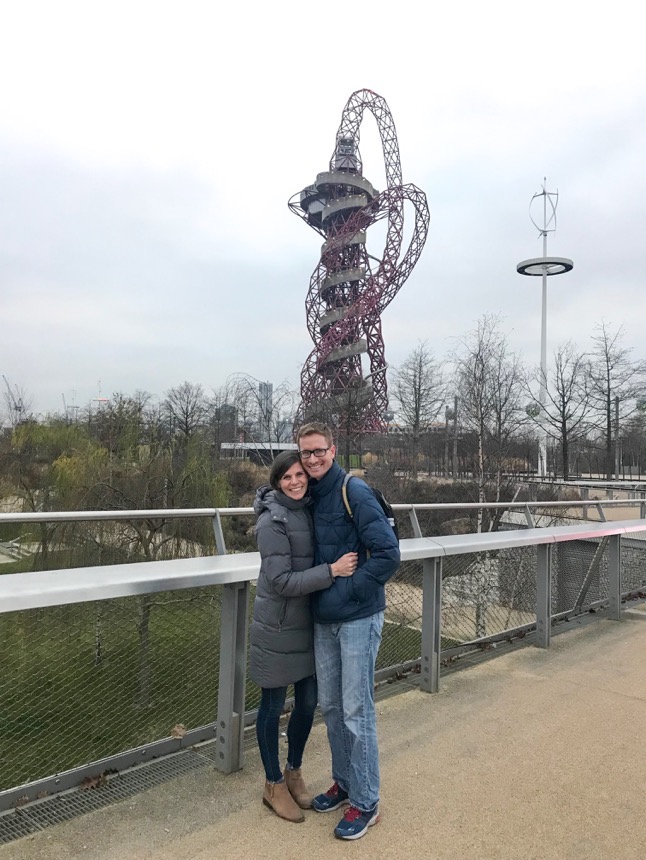 six.
i've felt my faith growing lately as i've sincerely questioned it. this past saturday we went to the temple and while inside i tried to dig deep in asking myself if the rich peace i felt there was self-created or culturally-conditioned. and as i earnestly consider that, i just can't deny that it's real - so much bigger than me and my circumstances. this is just one small example of experiences i have had trying to strip my faith down to its core, examining how it may be contrived or influenced.

seven.
my oldest niece, elle, had long layovers in london on her way to and from a trip with a couple friends to spain and portugal. it was sooo great to spend a little bit of time with her (and her pals) in our home town, especially because i haven't had much of a change to really get to know her as an adult (she's twenty). she's seriously so awesome - i am so impressed with her. we've always been buddies and i've loved her since the day she was born (i got to be one of the first people she ever met when she was a few hours old and i was twelve years old), but it's really fun to connect even more as grown-ups.

eight.
my marathon training has officially begun in earnest! i am following a twenty week training plan, which started this past monday. i am soooo grateful for my healthy body. that said, i definitely can feel that i am getting older ... i'm feeling all achey and creaky after runs, ha! i'm trying to be careful to really take care of my joints to avoid injury in training. and i'm getting pumped up for the stockholm marathon on 1 june 2019!

nine.
i am loving our new sunday schedule. we've switched meeting times with the other congregation that meets in our building and now start church at 9am instead of 11am. i love just waking up and getting going, and our walk to church through the empty streets of kensington. the church of jesus christ of latter-day saints used to hold three hours of meetings on sundays, but that was just reduced to two hours to allow for more time building faith in the home. so now we finish church at the same time we used to start church ... which means our sundays just feel so luxuriously long! we have loved doing a "sunday lesson" together at home and talking about ways we can reach out to our congregation and our larger community as a family. 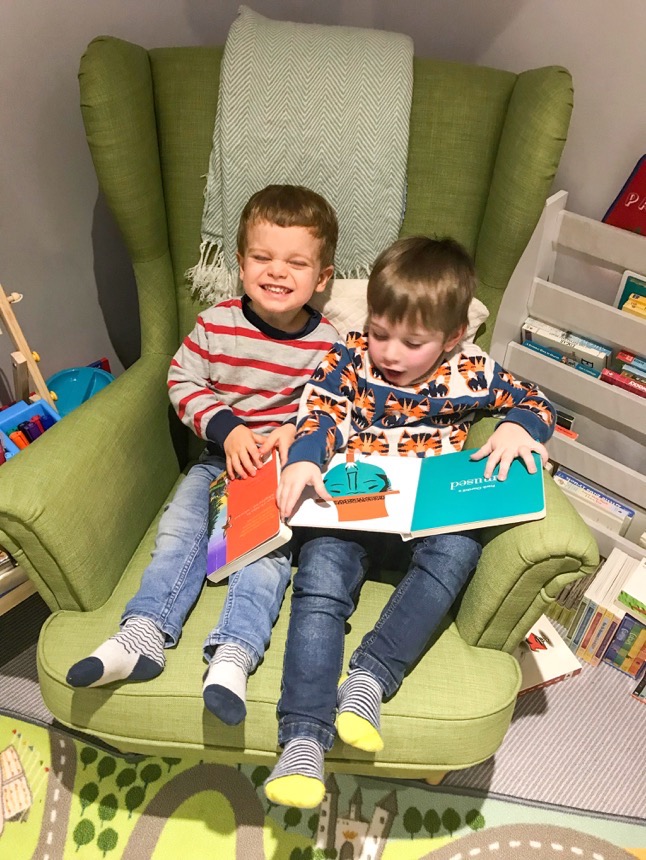 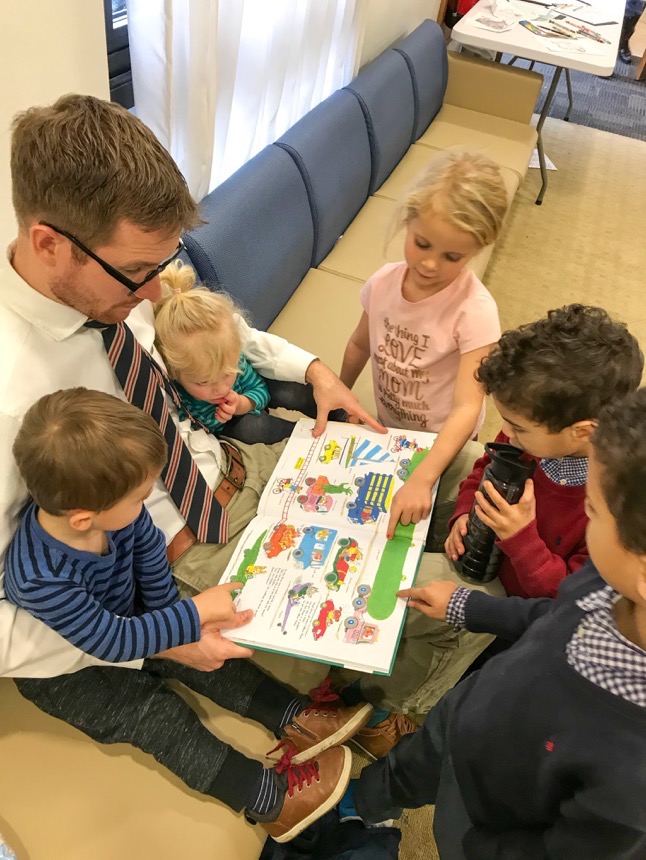 ^^ pictures from a babysitting playdate with one of mo's favourite friends, and a big babysitting swap we did at the temple last saturday. ian is a total toddler magnet. ^^

ten.
i'm guessing that several of my ten thoughts posts have ended with this one ... but i just have to say (again and again..): i love being moses and gabriel's mom. i feel so grateful that i can be their primary caregiver and that i've chosen to spend all day everyday with them. gosh it is hard and can be totally crazy but man i love it. watching these two grow and playing with them and teaching them and learning from them and giggling with them and cuddling them when giggles have turned to tears - it's just the best. the love i feel for these two little boys is outrageous. 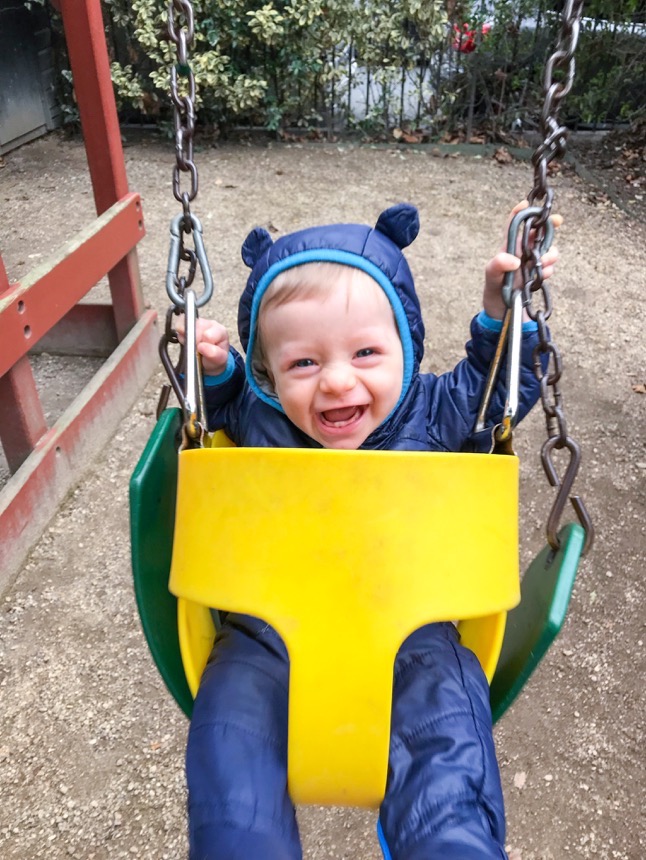 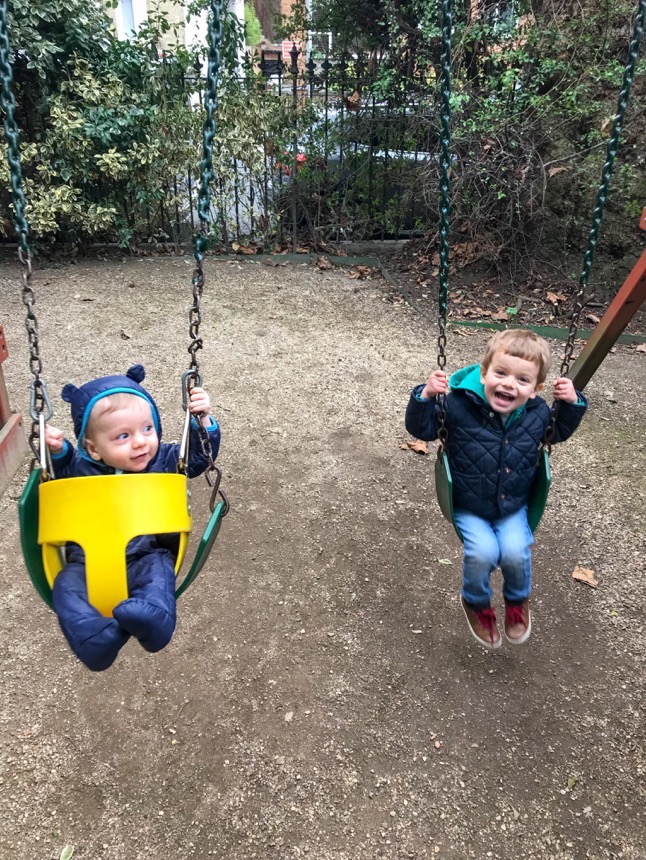 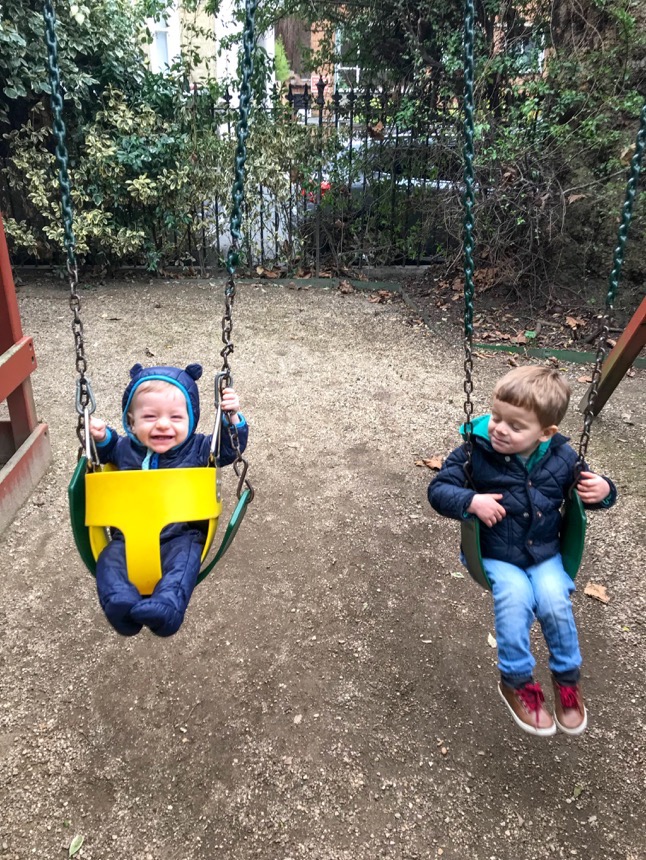 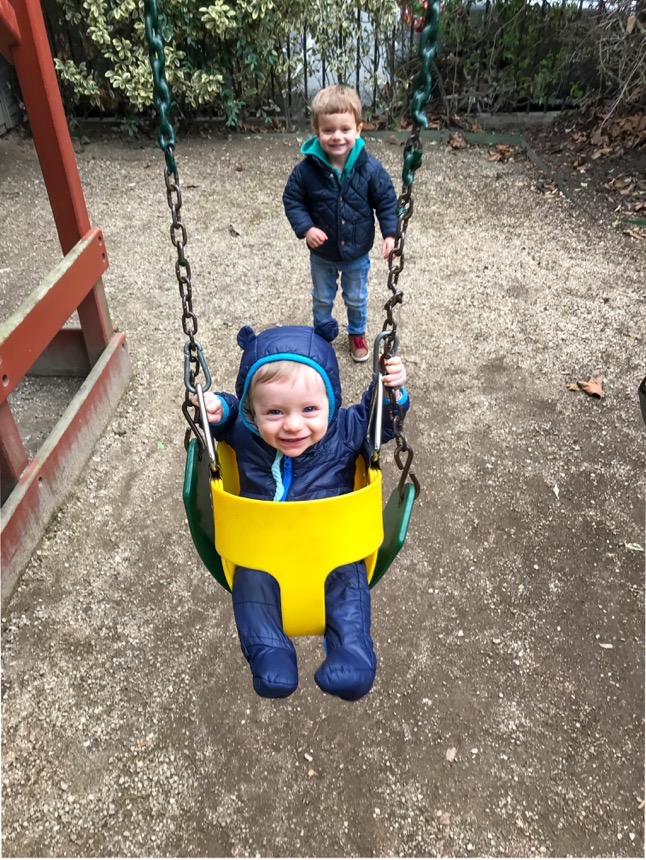