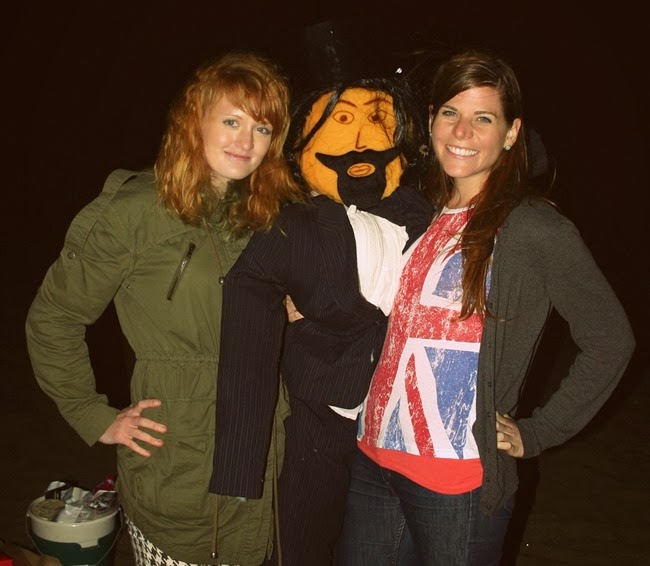 kelsey and i throw a guy fawkes night bonfire celebration at ocean beach in san francisco every november. each year the party gets better and better. {years past: 2010, 2011, 2012 – yes i wear the exact same outfit every year!}

so on saturday, right after cleaning up from the bridal shower i helped put on, i raced up to san francisco to make an effigy and stake out a spot on the beach with kels. it’s always an adventure figuring out how to pull the bonfire off without the cops shutting things down too early. every year they’ve come (even when we had our celebration inside due to rain!) – but they must have lost their invitation this year because we didn’t talk to a single officer! more friends than ever before joined in the revelry and it was a pretty epic night. 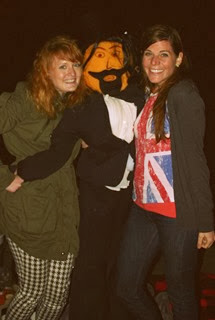 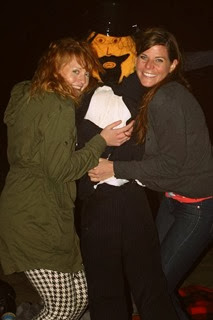 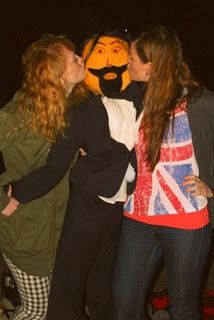 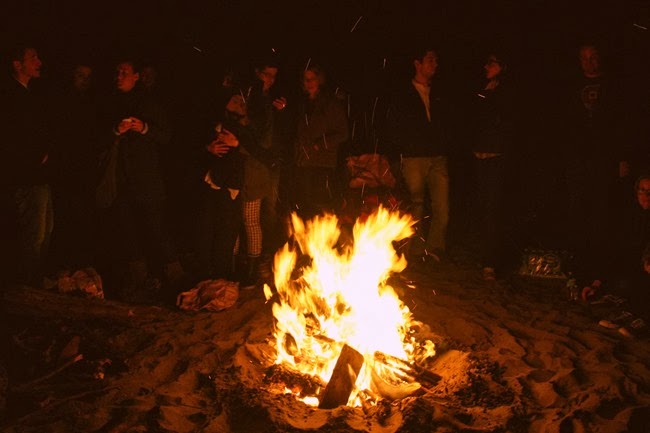 our guy chilled for a while by the fire and then we introduced him to all of our friends. 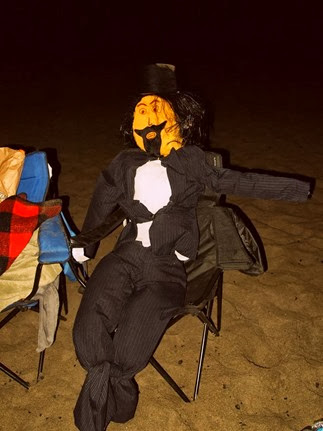 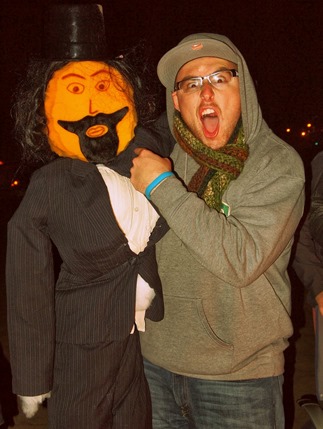 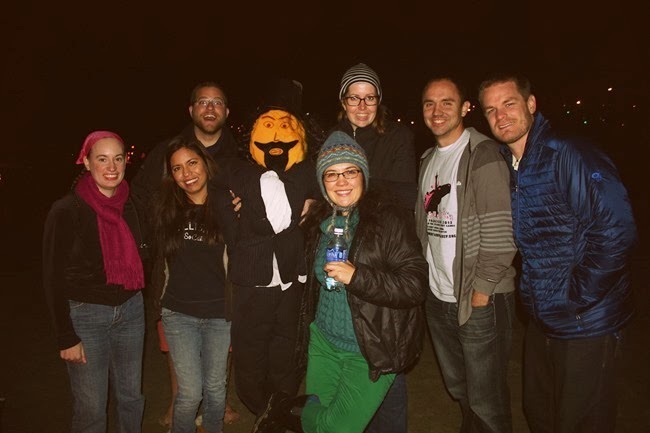 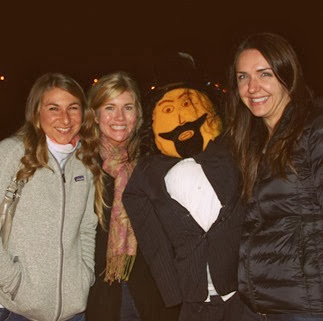 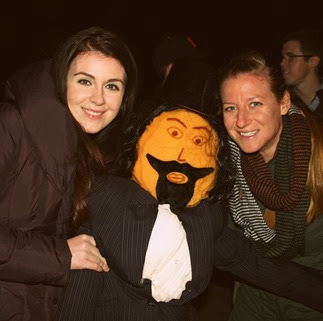 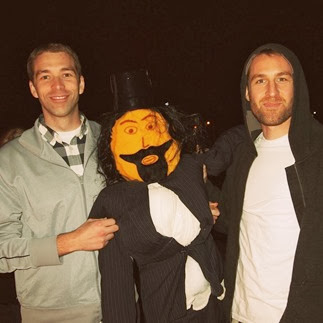 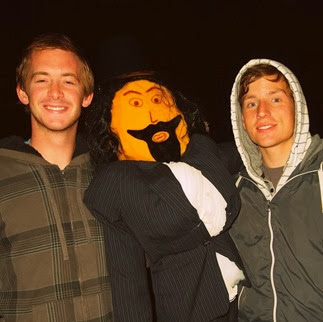 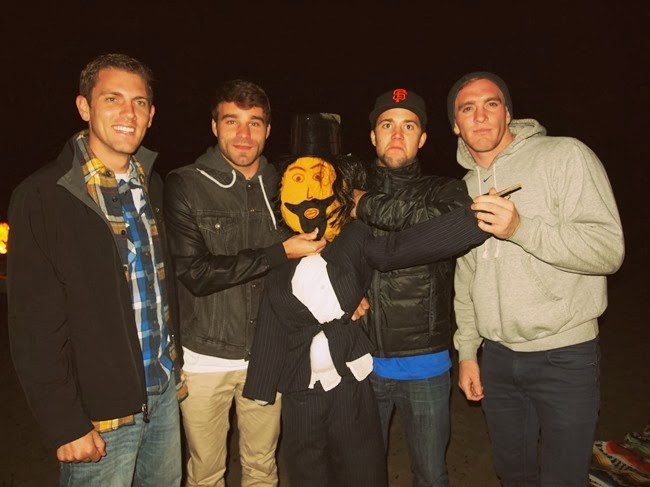 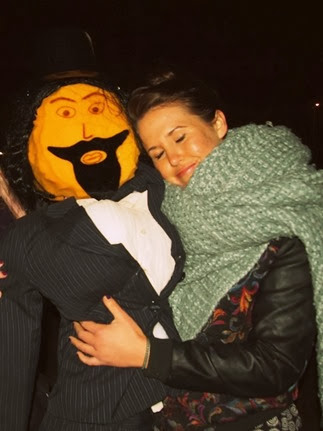 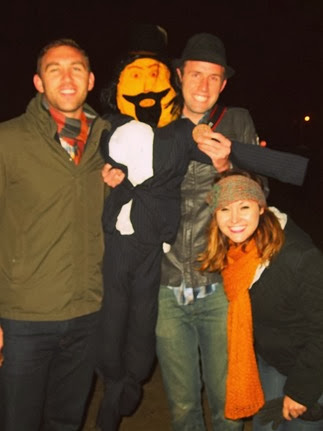 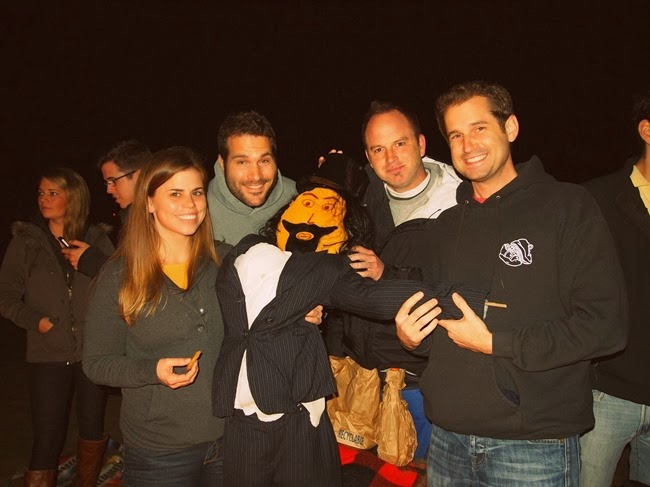 i made the rounds distributing british treats, including digestives, hob nobs, wine gums, all sorts and moments truffles as the night got darker and the fire got brighter… 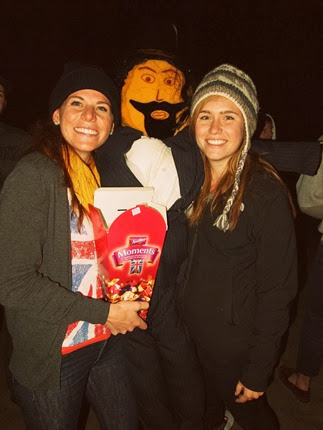 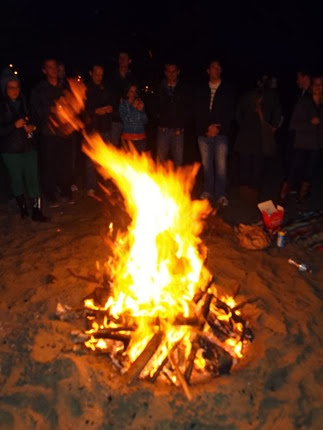 then kelsey told the story of the gunpowder plot of 1605… 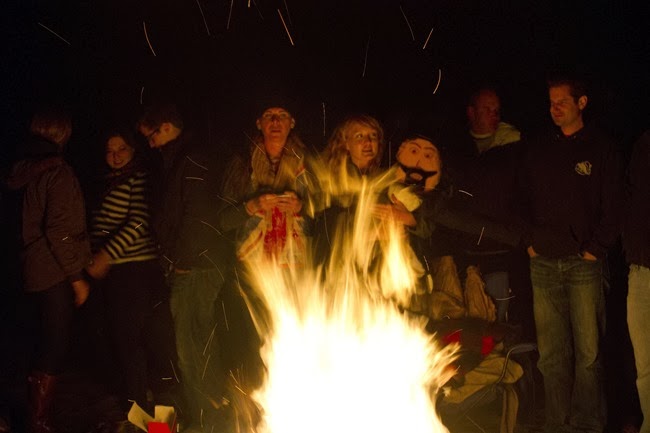 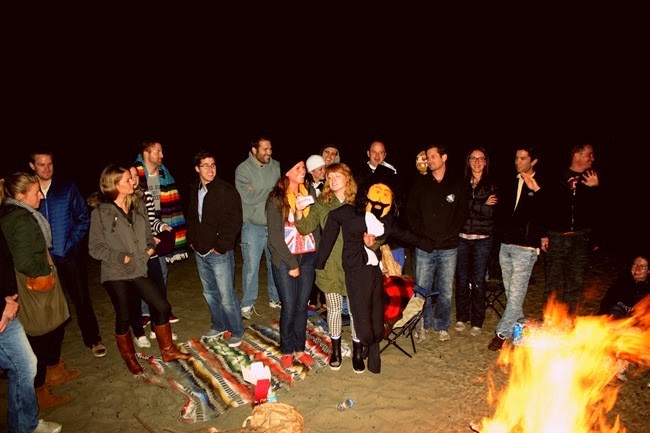 and i recited the traditional poem, then riled up the crowd yelling, “what shall we do with him??” 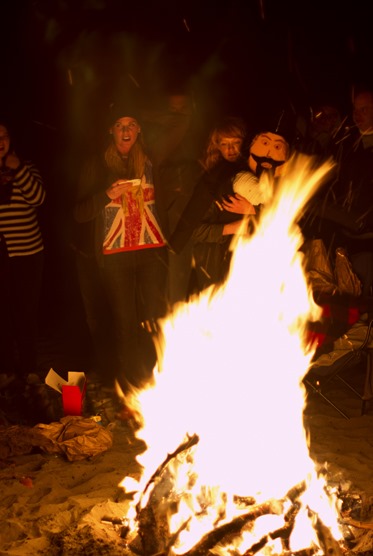 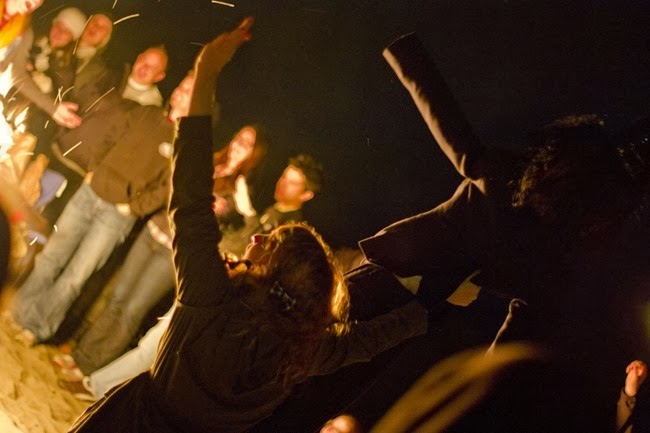 the resounding reply – burn him!!! 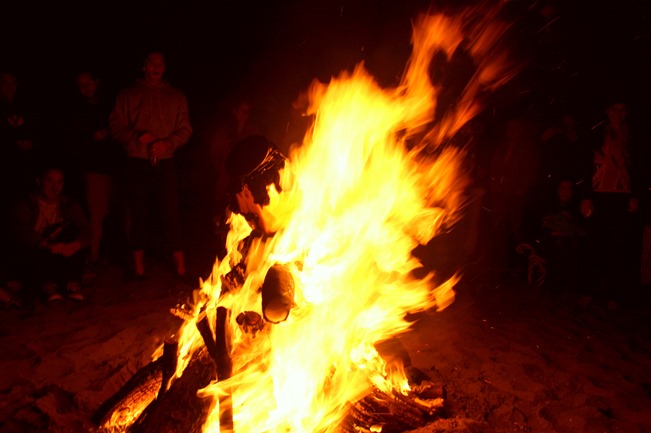 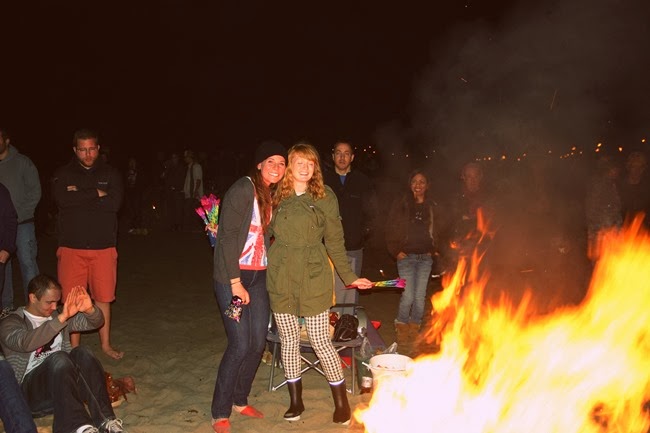 once the guy was all consumed in flames, we pulled out the sparklers and fireworks. 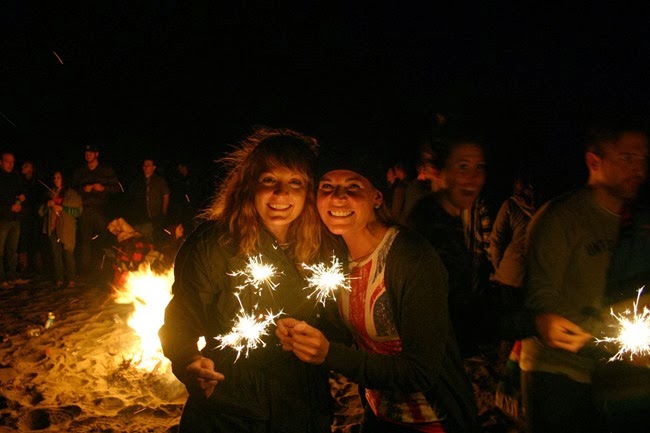 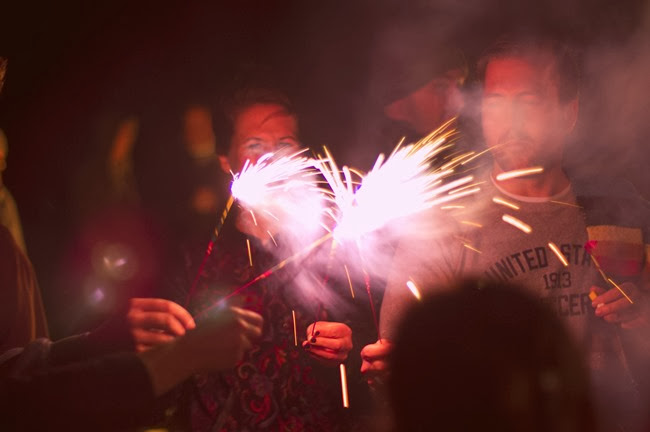 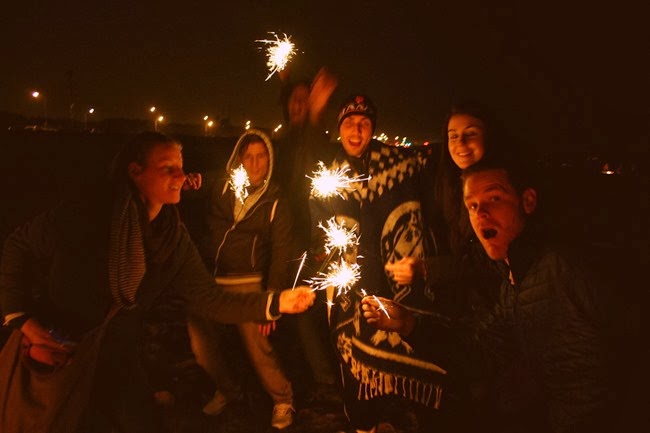 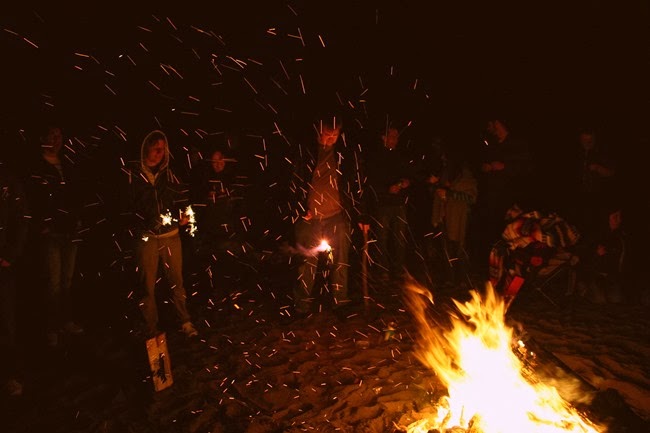 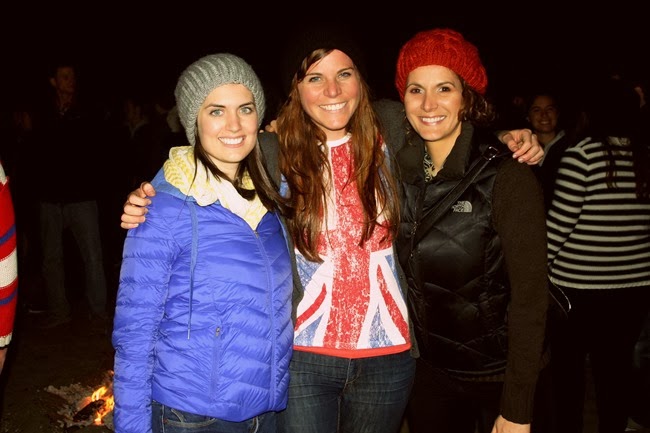 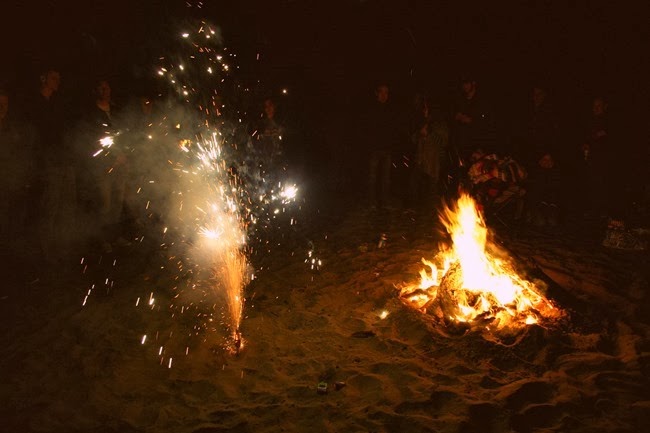